Every year the Cronos Group organizes a hackathon at the fort of Edegem in Antwerp.

This hackathon exists out of two 2 days, 1 day for the Creatives and one for the Hackers.

The company I work for (Flexso Digital) organized an SAP challenge during the Hackers day. This with all kind of cool and innovative SAP Services. The mission was to enthusiasm the students and introduce them to the SAP World.

This was the second year I was able to prepare and provide the challenge together with my awesome colleagues. 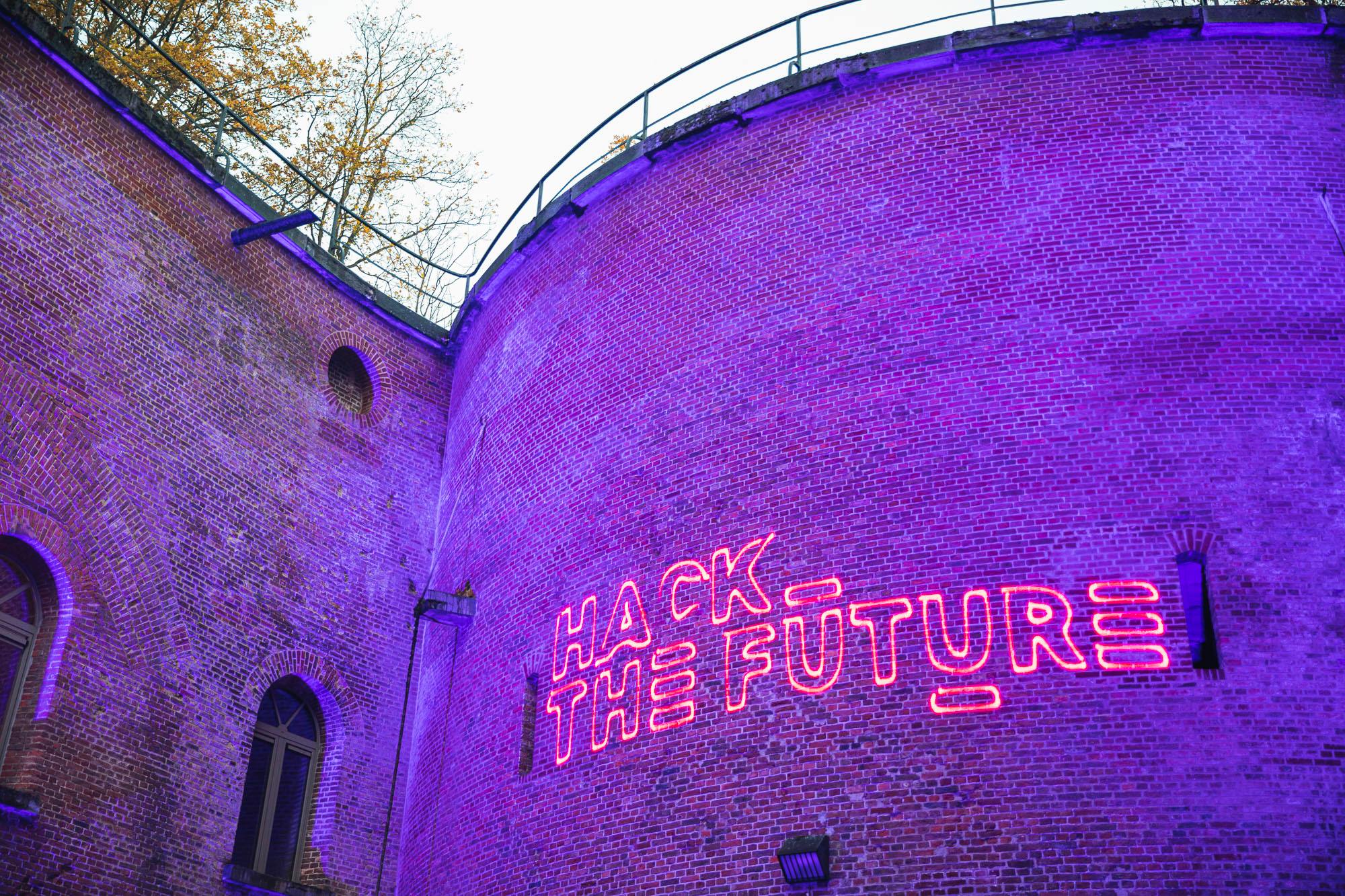 More information about the Cronos Hackathon ‘Hack the Future’ can be found here:

The hackathon topic – ‘The Heist’

‘A carefully selected group of creatives and hackers will devise their master plan – a global redistribution of wealth, taken from the corrupt governments and corporations of the world and given back to the people… but nothing worth doing is easy. We must hack, design, prototype and plan our way to the perfect robbery, and get out before getting caught. When the governments fail, the rebels must lead.’

Hack the Future – The Heist 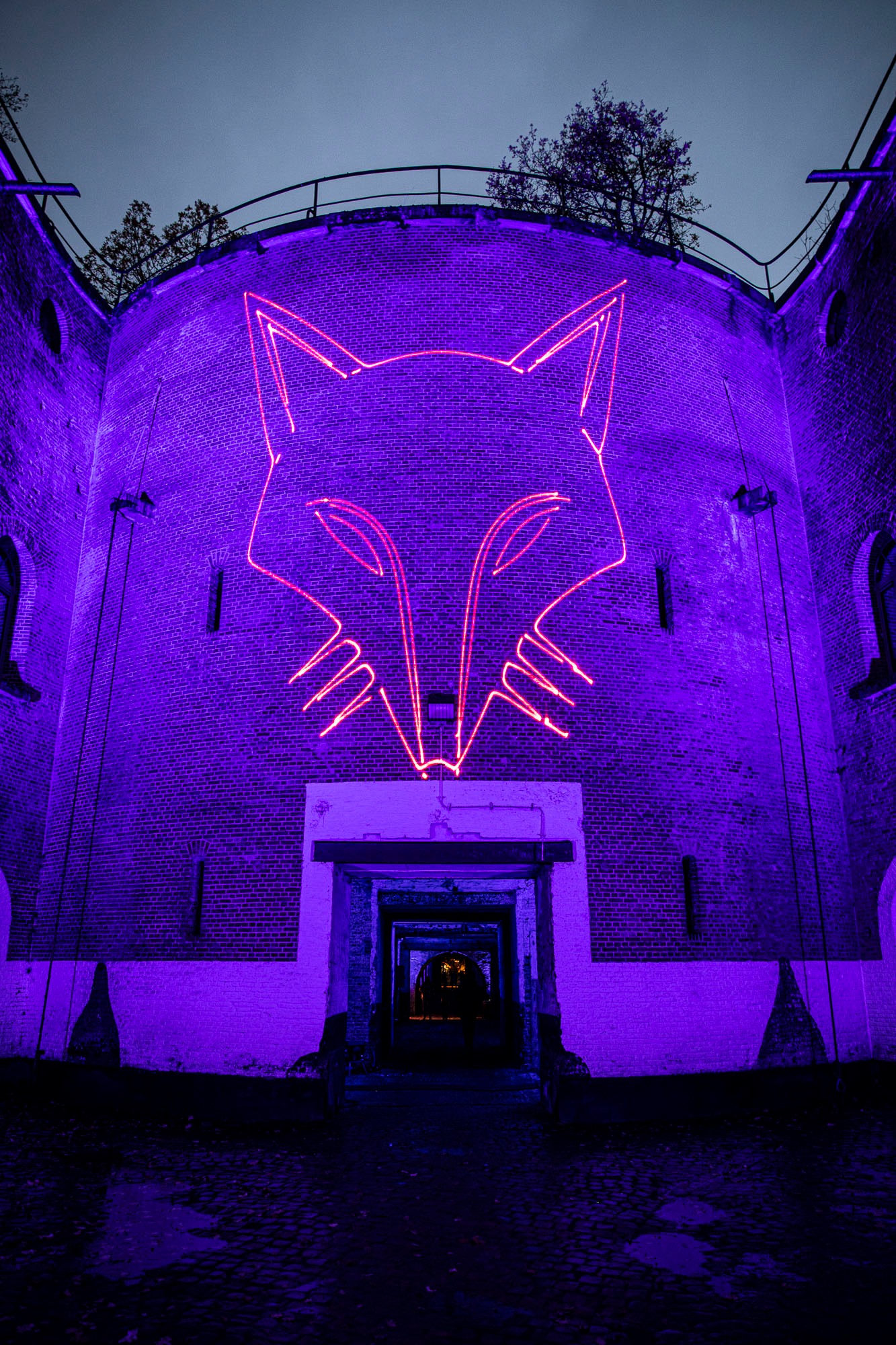 More information about the Cronos Hackathon ‘Hack the Future – The Heist’ can be found here:

In the morning around 7 AM the Flexso team arrived and started to prepare the location where the SAP Challenge would take place. Can you feel the vibe of this awesome location? 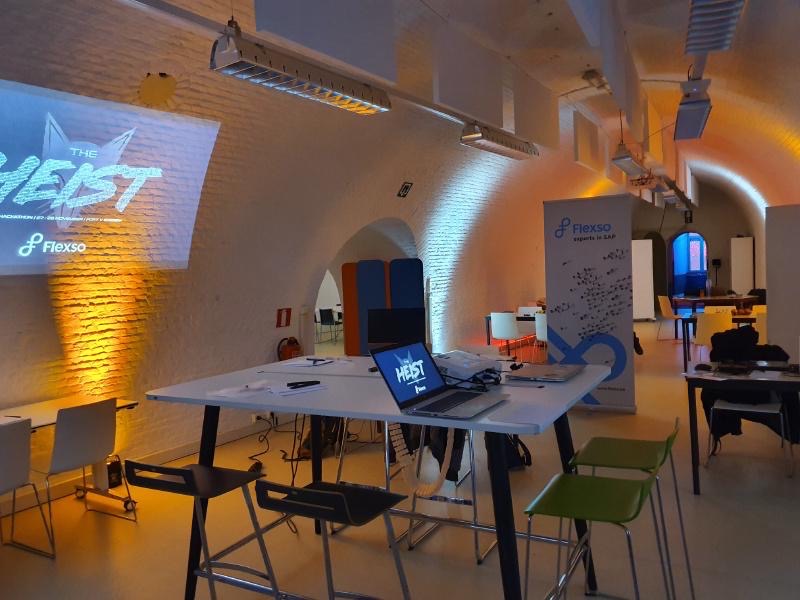 7 teams, existing out of 2 participants were welcomed to this SAP Challenge. All eager to get started with all kind of SAP Services. 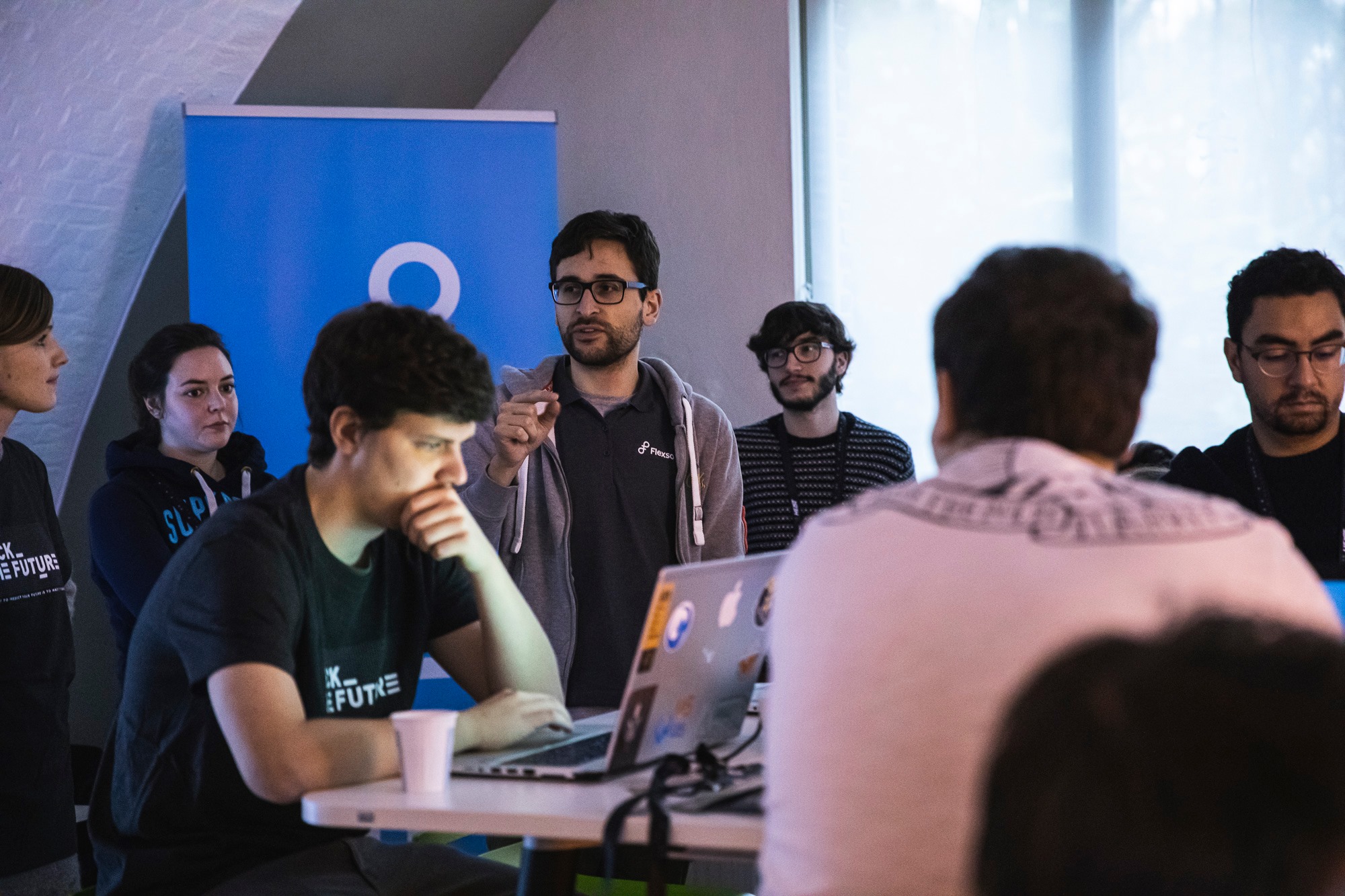 The Challenge provided by Flexso

We wanted to make sure our attendees could get the most out of the challenge. Since there are so many services out there, we chose some cool innovative ones to start with. But before the challenge took off, we had a little warm up with an SAP introduction. 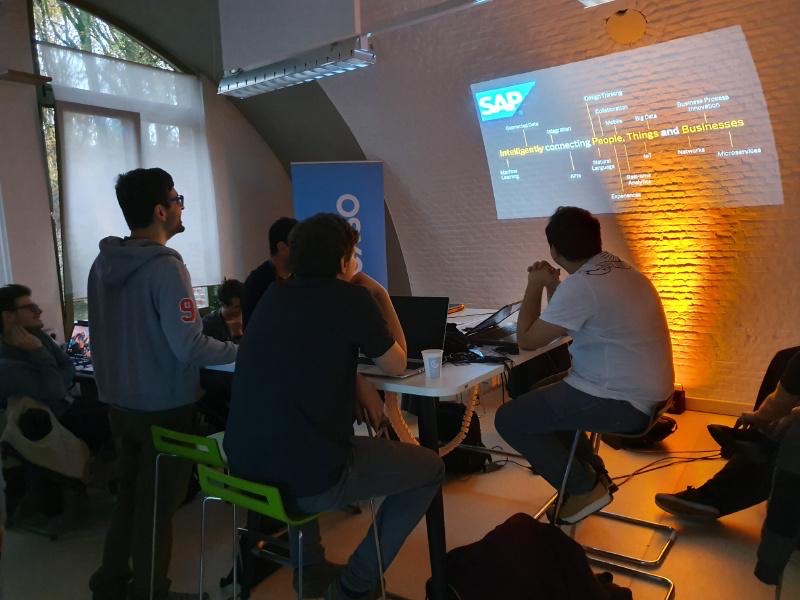 The story of the challenge

As part of our strike against corruption, the Flexso faction will try to hack bank vaults belonging to corrupt companies. Flexso has spies inside these companies who can get their hands on the encrypted daily passcodes.
We need your help decrypting these passcodes! We know that there are at least two levels of security measures. Their first level is a python-based application that decrypts the image, the second is still a mystery to us, it’s up to you to solve this puzzle and redistribute the wealth…
Will you aid us to Hack the Future and redistribute wealth to the people? 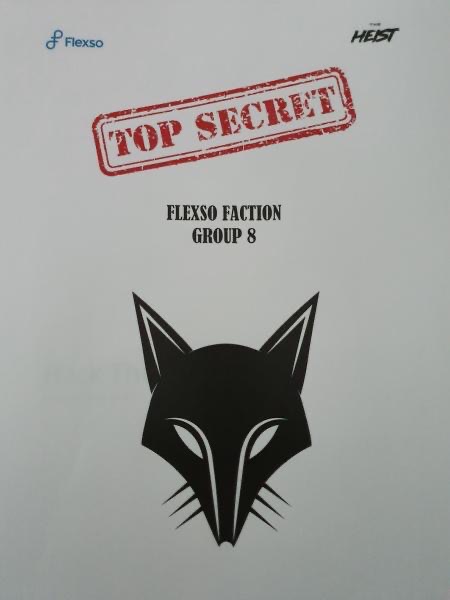 The goal of the challenge

The challenge used a lot of SAP and non-SAP Services, here you can find an overview and architecture of the used services, languages, application, platforms, … 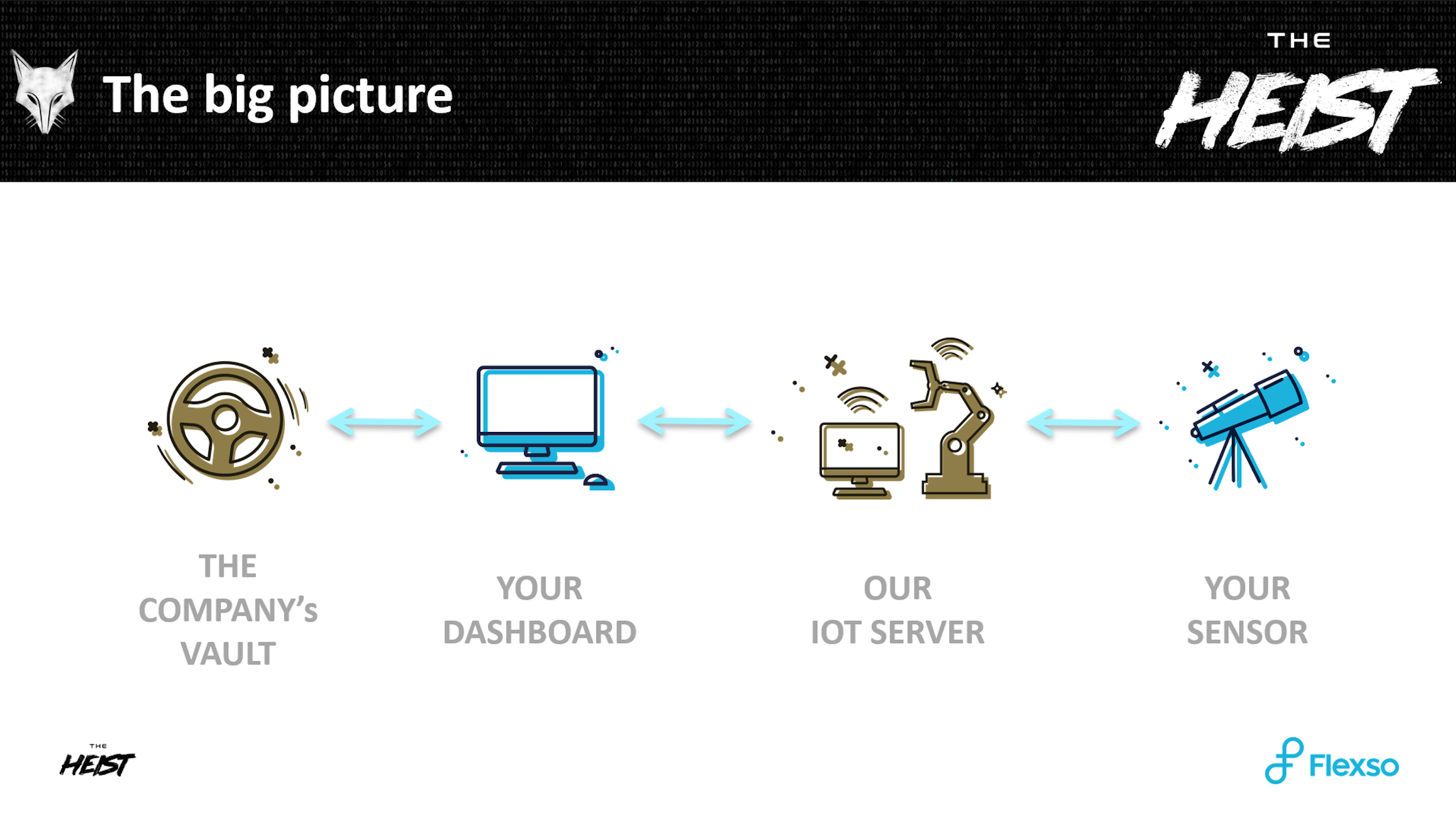 The non-SAP services used in the challenge:

The students received a QR-Code holding some binary content. It was their task to send this QR-Code, together with a fictive company name, longitude and latitude to the SAP IoT Service Cockpit. This by writing a python script that send the data over an MQTT connection.

Once their data was available in the IoT Cockpit, they could start using the IoT APIs to build an SAPUI5 Fiori Web Application. The data gathered from the APIS was displayed in the developed application. Here the QR-Code was read via a QR-Code library, which returned the binary data it was holding. At this point they were one last step removed from hacking the password. After converting the binary data, they sent the converted data (the password) to a Node.js application running in Cloud Foundry.

In case of a valid password a bunch of data was returned. When receiving this data, it was up to them to visualize it in a creative way. In parallel, when the password was correct the data was posted to a Google Firebase Real-time database. This with the benefit that the overview application displayed on an external screen, was updated in real-time and the hacked companies were shown.

The students will start their challenge by logging onto the SAP Service Cockpit. Here they will make their own device and add a sensor to it. This will be a sensor with the capabilities to receive an image (binary), name (string), longitude (float) and latitude (float)

The name will contain the students their group name (they work per 2). Longitude and latitude are obvious and as last the image. The image will be a QR-code converted into a base64 string. The QR-code will contain binary string which will be a text string (password) when converted.

Note: The data type binary for the property image is not binary because the content of the QR-code is binary. But because it has to hold the base64 string.

When their device is ready and the Cloud MQTT gateway was selected to connect their device, they can download their device certificates. These certificates will be used to authenticated and send data via a Python script to the SAP IoT Service Cockpit.

The Python script needs to publish the data to the IoT Cockpit, this is handled by the MQTT protocol. The data sent, contains the image, name, longitude and latitude. The script reads the image file and convert it to a base64 string so it can be handled by the MQTT connection and the publish method.

When the data is transmitted and received by the cockpit, the data is available via API’s. (For real case scenario’s the use of SAP Leonardo IoT is recommended together with the use of the Thing Modeler. But because of some easy setup reasons and time limit there will be worked via the API’s op the IoT Cockpit.)

In the SAP Web IDE Full Stack, the students develop an SAPUI5 Fiori Application. They will consume the IoT APIS to retrieve their device data and display it in the app.

After conversion of the base64 string to an image (respective QR-code) they use an external library to read the data of this QR-code. Once the content of the QR-code is read they will have the binary value that needs to be converted to the password to hack the vault.

Once holding the password, it needs to be sent to an API endpoint of a Node.js app running on Cloud Foundry.

When this password was correct, they received some data to be presented in a creative way in their application.

Like I mentioned a part of the data is also send to Google Firebase to have a real-time dashboard with the hacked vaults.

At 4 PM the vault alarm went off. This meant all the hacking actions were over. Time to present their results to the Flexso team. This way we could challenge their presentation skills, and to be honest we were amazingly surprised. Once all the teams presented their solution, the mentors had to select one team as a winner. I can tell you it was one of the most difficult decisions to take. Looking at the solution, the teamwork and the presentation skills, we found our winner in the end. 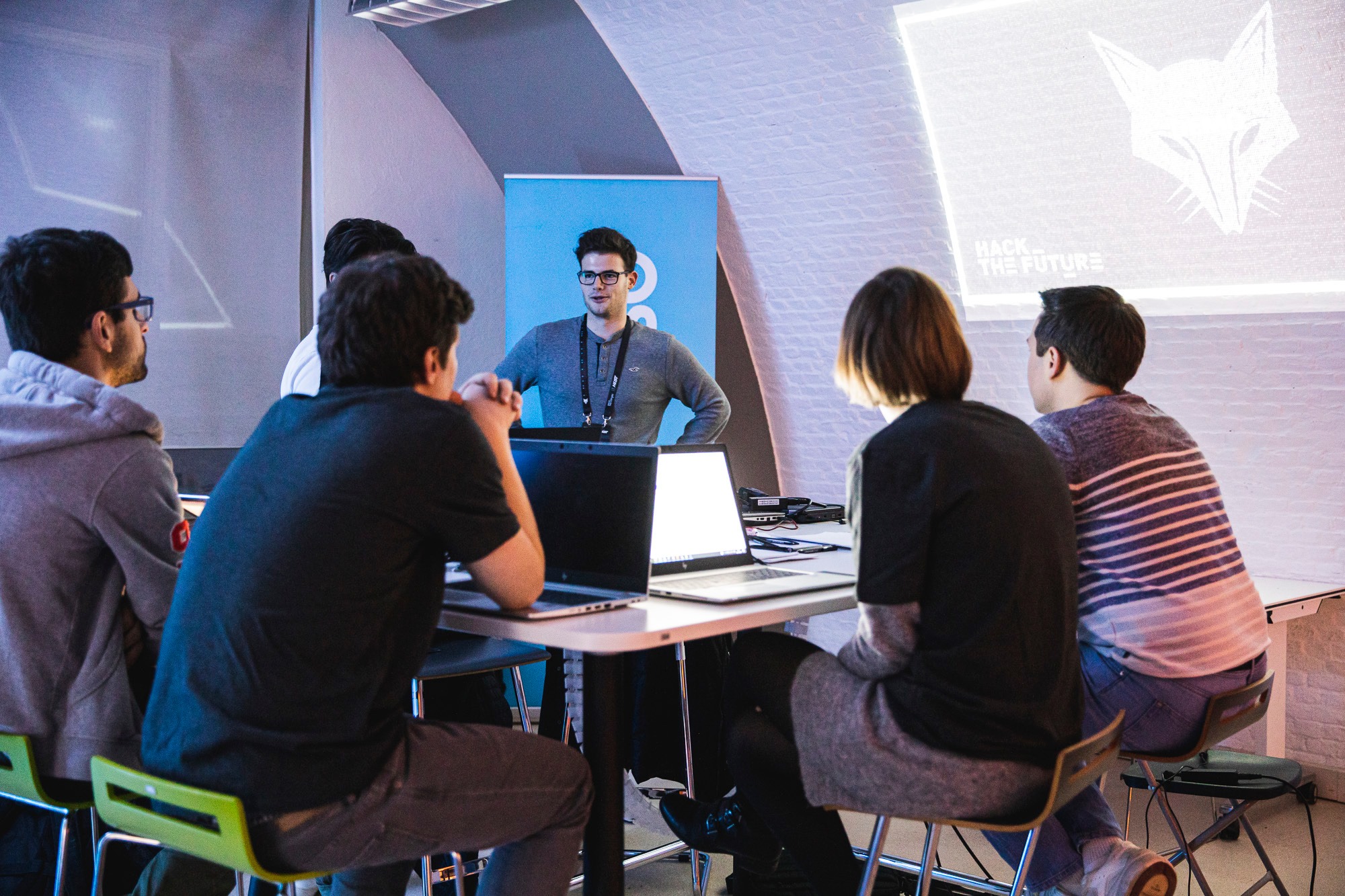 Winners of the SAP – Challenge

After a long selection “challenge” we were happy to present the SAP Challenge winners.
Congratulations team RawrXD-UwU Â¯\_(ãƒ„)_/Â¯ ! Really great job you guys did! Especially for being second year students! Keep up the good work! 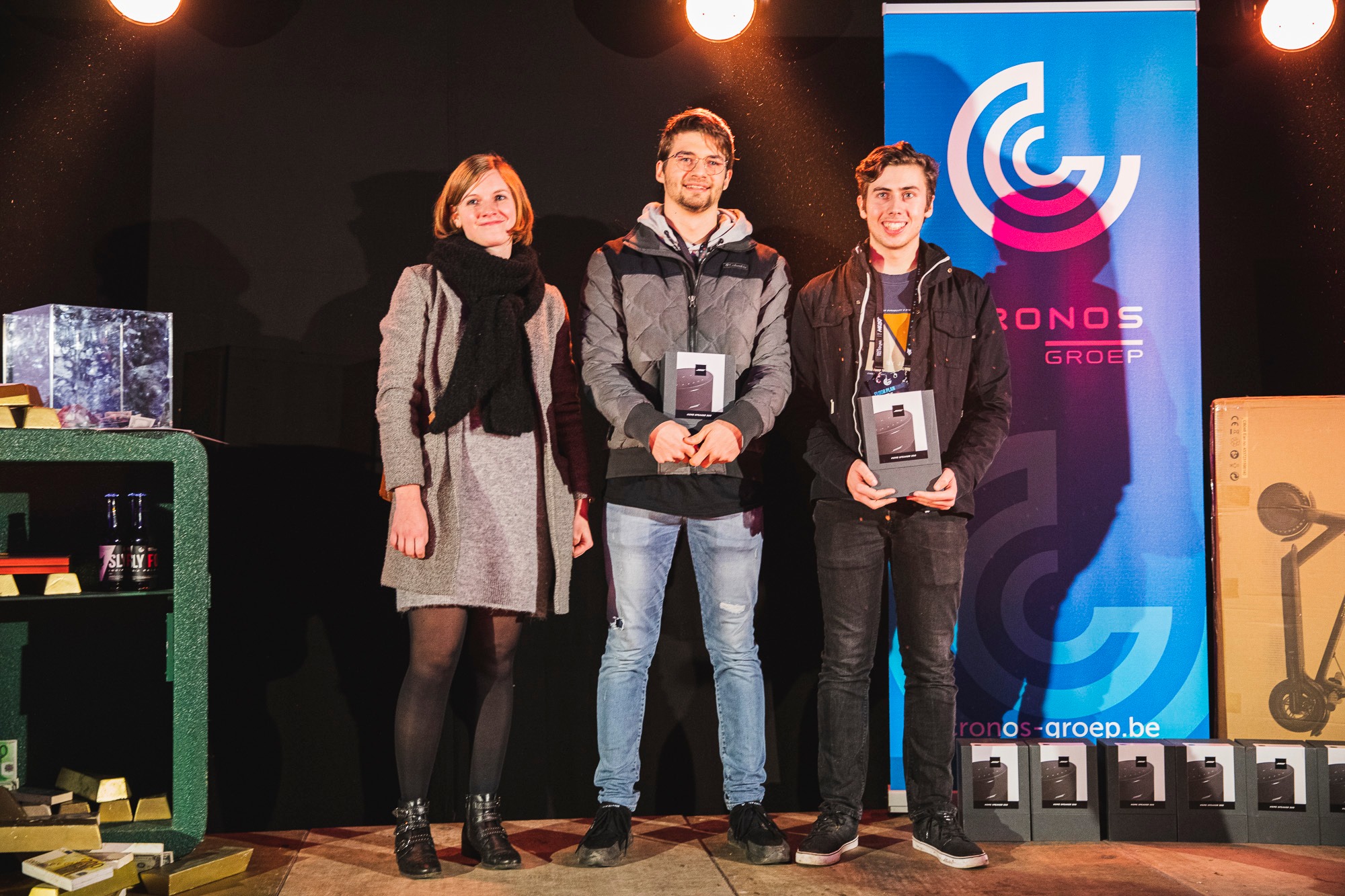 Winners of the Entrepreneur Challenge

Flexso is honored to present you the winners of the entrepreneur’s challenge, who were also participating the SAP Challenge. Goo job team APlethics, you rock! 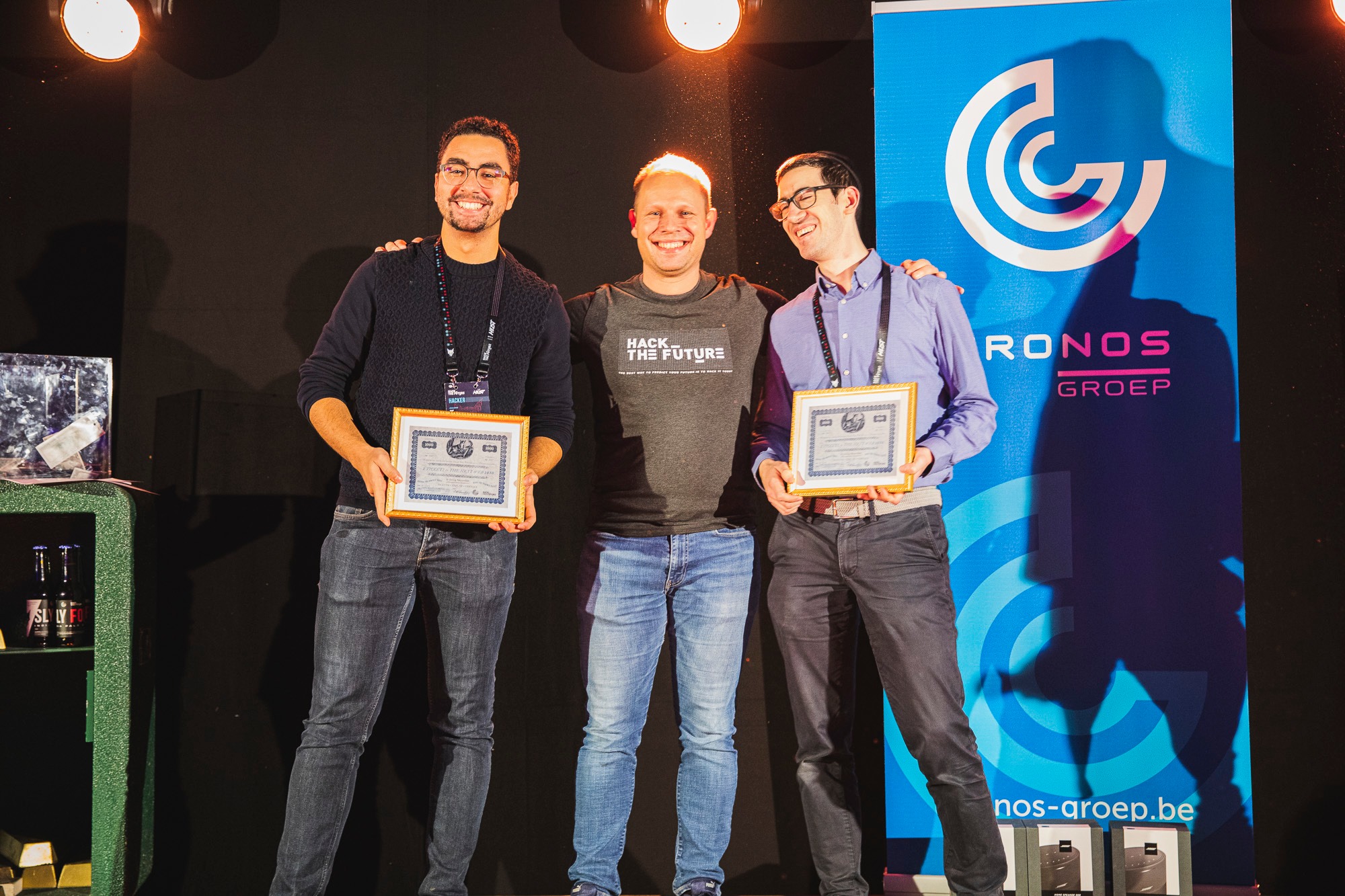 I want to congratulate the Cronos Group and the Hack the Future team with the organization of this amazing hackathon. I was perfect in every way! Thanks for this amazing event! Participants and mentors went home satisfied! Perfect event and opportunity to enthusiasm the students for the business world in a specific challenge/way!

Cheers to the result! 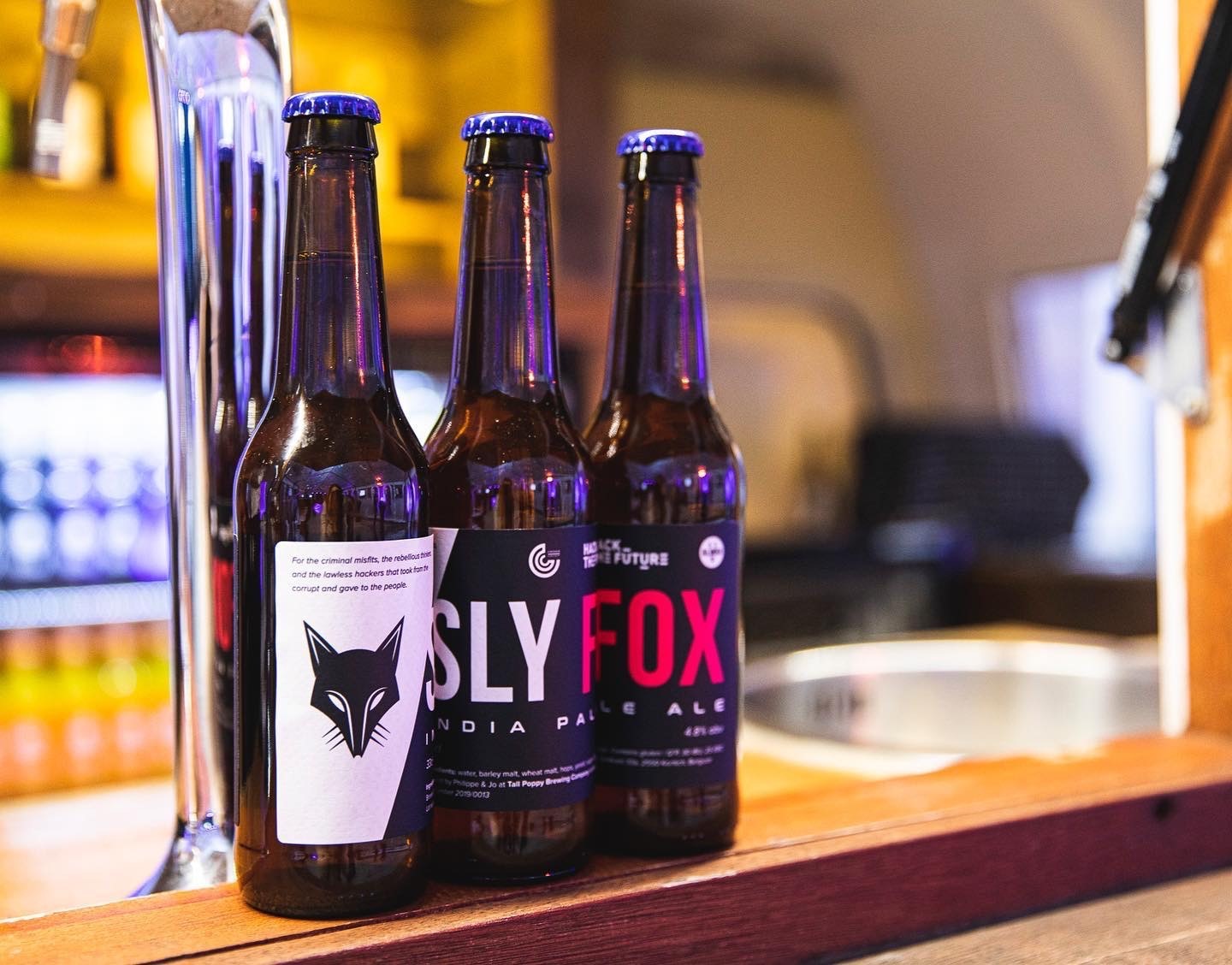