Change for Good…Analytics with S/4HANA 1909

Picking up from my last blog Key Highlights from S/4HANA 1909 – Technical Perspective!! where i mentioned about a new App ‘Manage KPIs and Reports‘ in 1909 under Extensibility and Analytics section. So, in this blog we are going see what exactly is changing and see some more details around this new App.

What?? But why? then How are we going to build KPI apps & Reports then?? Exactly same thoughts i had when i read the above statement.. 🙂

Nothing to worry, SAP has provided a single App ” Manage KPI’s and Reports” to replace all the above apps. Makes sense as while using KPI and Report designer apps, sometimes, you will feel why so many similar apps to create KPI or Reports… why can’t it be done with single app or less apps … and that’s what SAP did… cool, isn’t it?

Now, lets see inside of this new app we have.The initial screen, on the clicking the app, will be like this

Click on KPIs tab to see all the available KPIs and to create new if needed.

Click on Reports Tab at the top to see all the available reports. 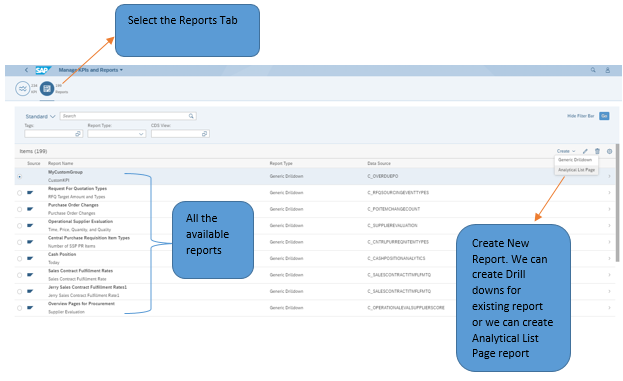 So, this is how using this single App we can now create both KPI and Report Apps. The rest of the app creation process will more or less remain the same with small changes. Probably, i will try to cover the steps to create KPI and Report app, using this new app, in my next blog.

Till then take care… 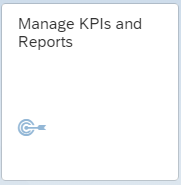 Very Informative blog Vijay Sharma!!  Thanks for sharing and hope we will also get a "Step by Step How to blog" from you on this 😉 🙂 🙂

Thanks Mahesh Kumar Palavalli brother !! ... Yes, will write one Step by Step also. I initially planned to have it in this blog only,but while working on this felt it would be too big for one blog.