“Developing is creative and testing is destructive” – ​​this is not the case, I would like to highlight this topic with this blog post about test case design. Especially the test case design is a very creative discipline and peppered with some methodology it can be a lot of fun. The creation of test cases for software development projects is a key activity in projects and in operation. Especially for standard software such as SAP solutions, it helps to know the most important cornerstones of test management.

Related to the test case design, the following questions arise:

I would like to start with the fundamental test process according to the ISTQB standard. The test process defines all phases and activities from test planning to test closing and is the ideal basis to enable an effective test management.

In the phases “test analysis” and “test design”, the test basis is identified, as well as the test objects which are relevant to design the test cases. 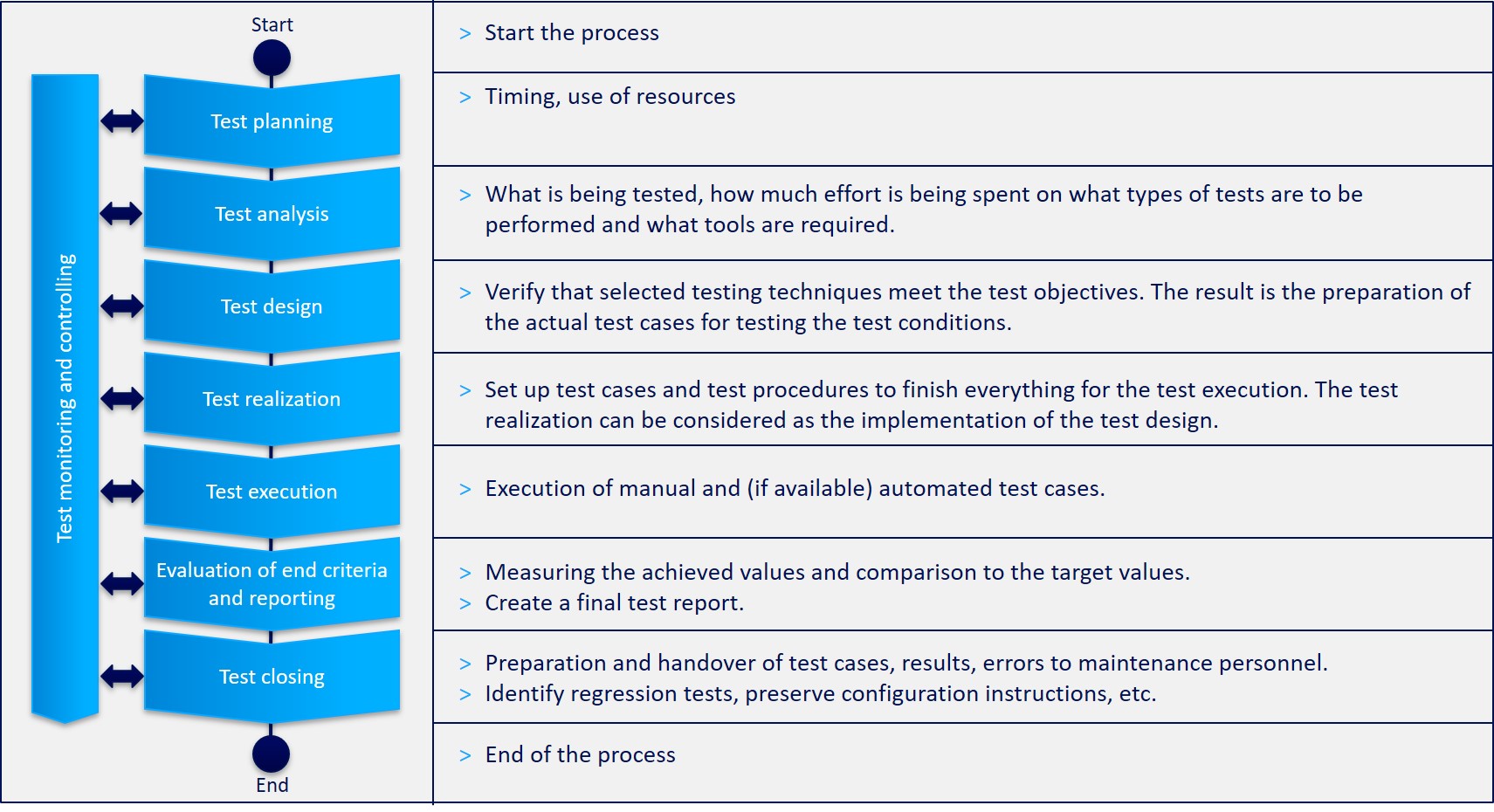 Source: Own illustration, in reference to ISTQB.org

For the creation of test cases, there are various methods that can be used. In principle, the procedures can be subdivided into the two categories “Blackbox” and “Whitebox”.

In particular, I recommend the following three methods for SAP solutions: Source: Own illustration, in reference to ISTQB.org

Test levels in a waterfall model

In the waterfall process model, there is an associated test level for each specification level. This ensures that each specification level is covered with test cases and reviewed. In the context of SAP, I have allowed myself to take the V-model as a basis and to easily adapt it to the SAP world by inserting the functional tests at process step / function level. This is also the first formal test level after the development or customization is finished and the unittest is done. 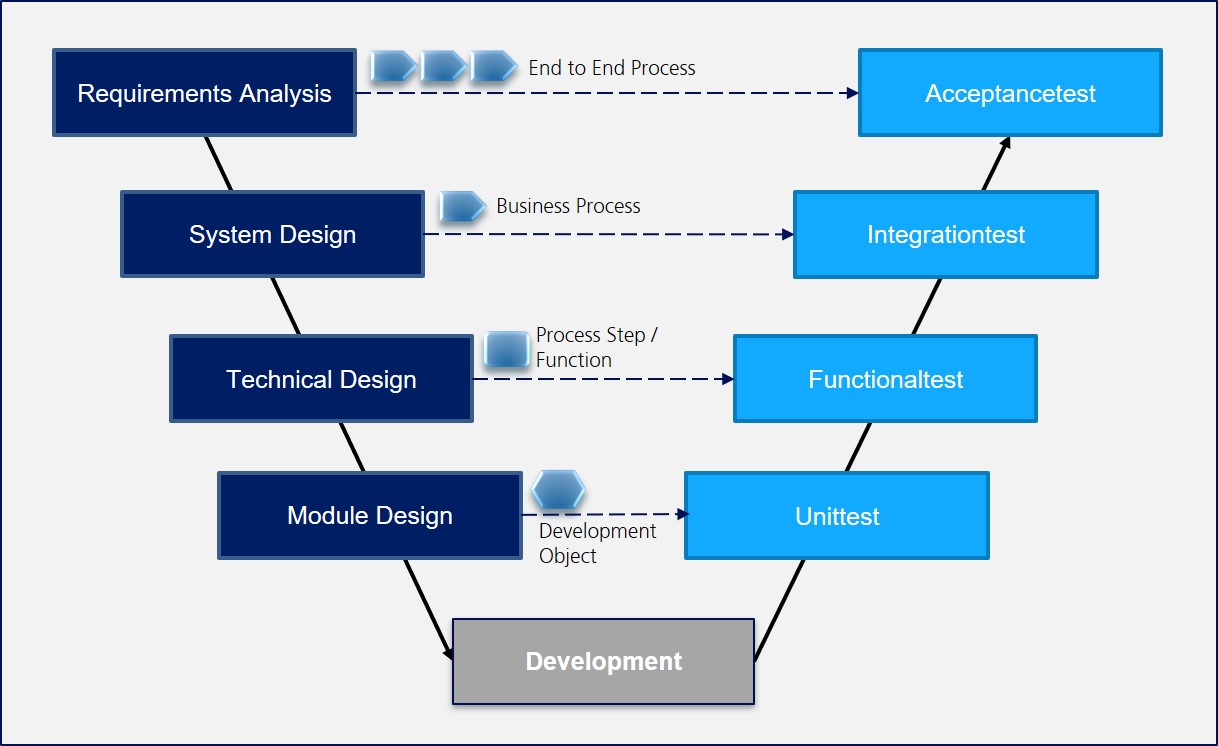 Source: Own illustration, for the context SAP, based on V-Modell 97/V-Modell XT

Test levels in the agile model

In the agile model, the test levels are used during each sprint and each release in shorter cycles than in the waterfall process model. Automation of test cases at unittest level is essential to test the developed product increment or build. From personal experience, it makes sense to focus on the newly developed functions during a sprint. Towards the end of the sprint or directly after it, the focus should then be on integration tests and regression tests, which check the newly developed functionalities in the overall context of the product and the system.

An agile process model in the context of SAP places high demands on the product owners, architects, developers and test manager, because the user stories have to be defined so finely granular and independent of each other that they can be realized and tested in a sprint. In other words, a strict rethinking is necessary in order not to realize the complete business blueprint from the beginning, but rather iteratively individual components (product increments), which will then be expanded further in later sprints.

Source: Own illustration, in reference to Objektspektrum, s-lab and Scrum

As a good practice, 1-2 test procedures should be selected in an agile model from each quadrant. I particularly recommend here: 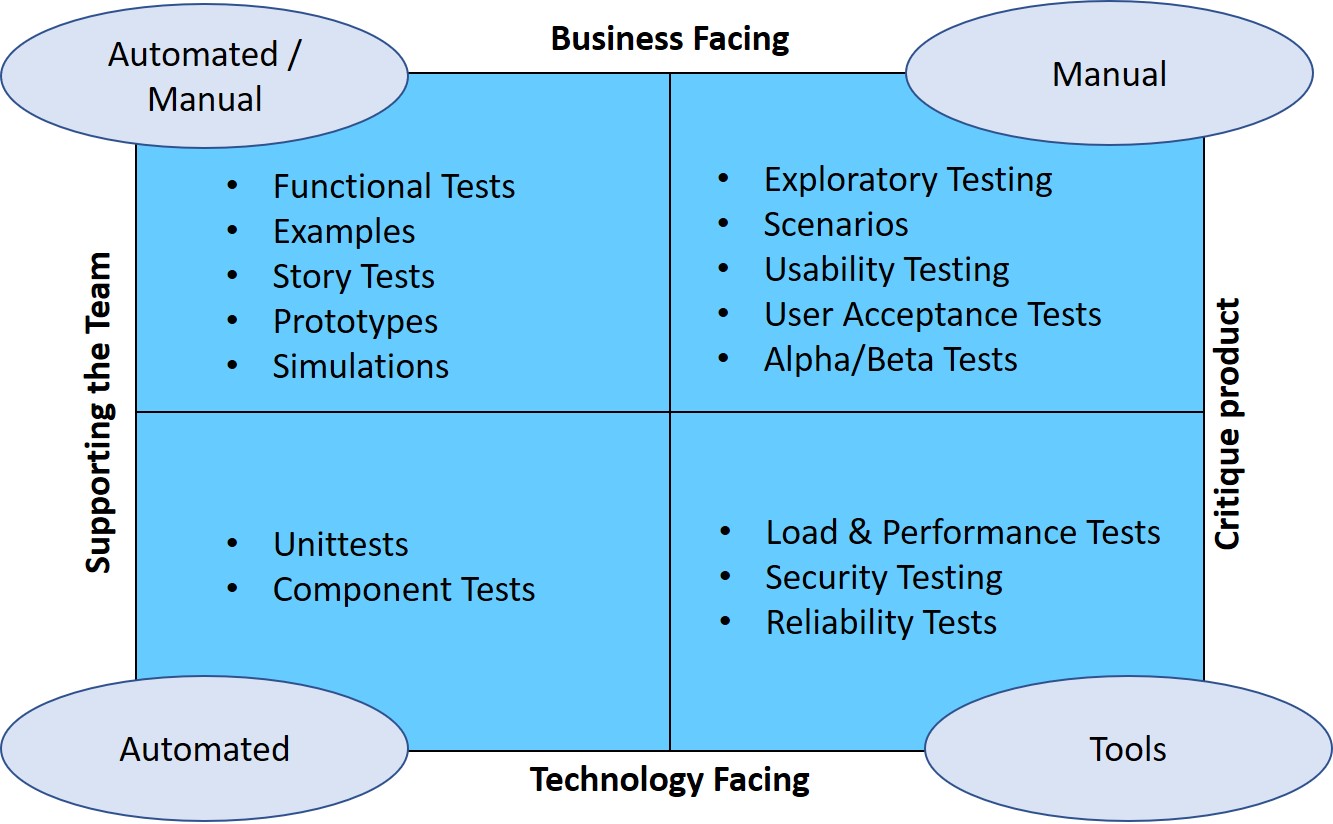 The objects to be checked are called test objects. These have different relationships to other objects and elements in the software development process. The following illustration shows these relationships. 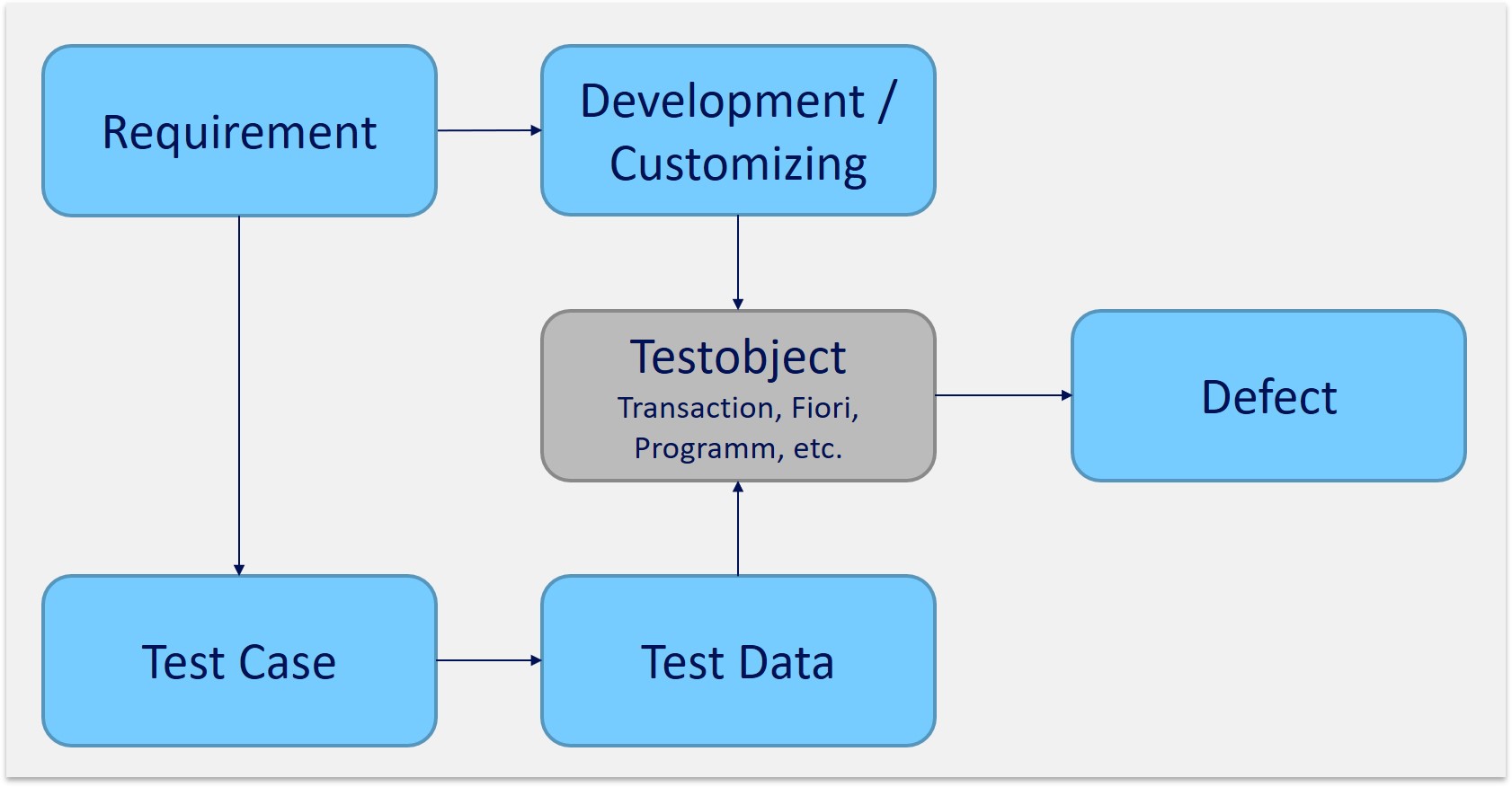 Now let’s look in detail about the test case design and how test cases should be described.

The test cases at least should have the following elements included: 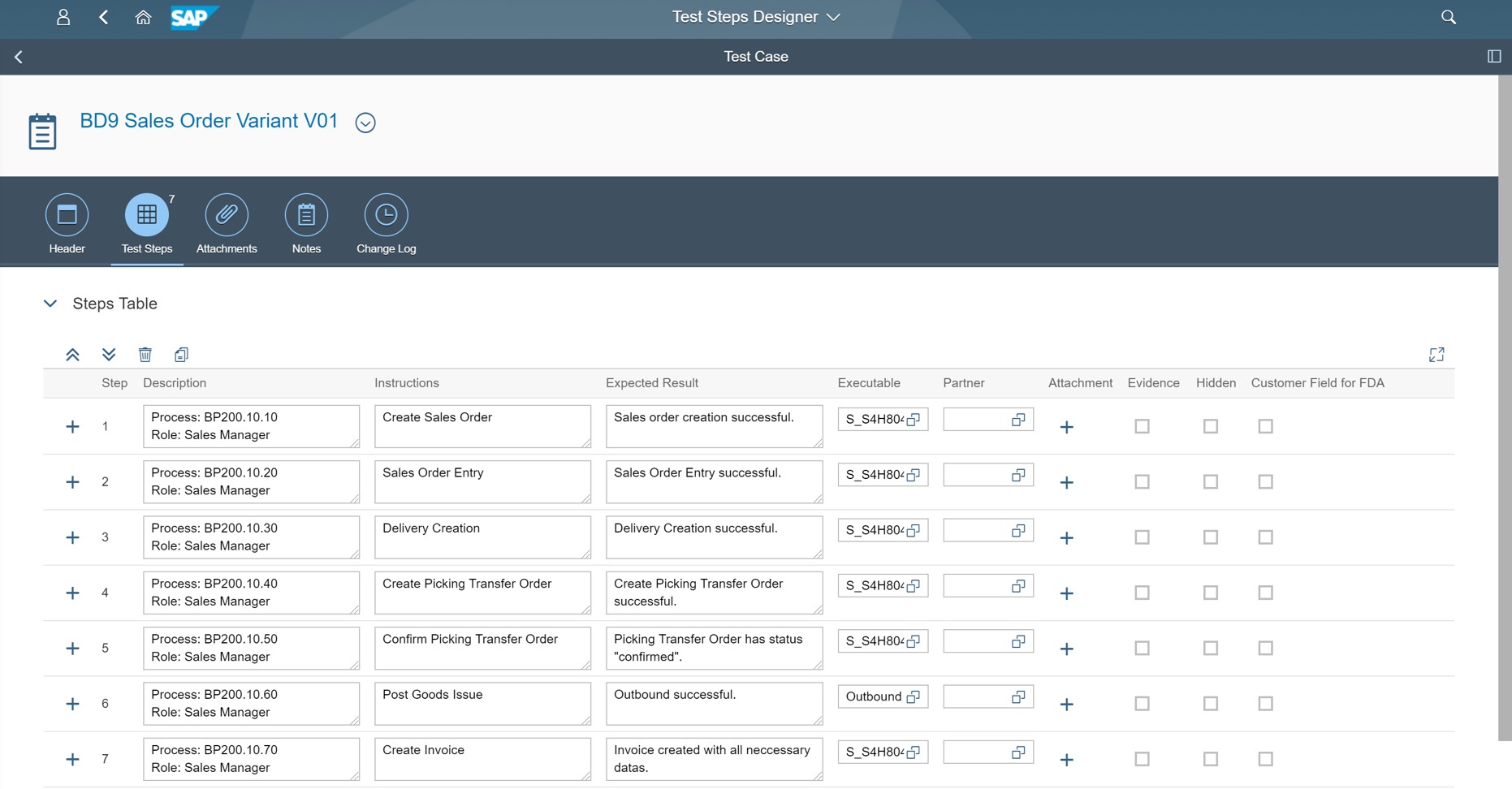 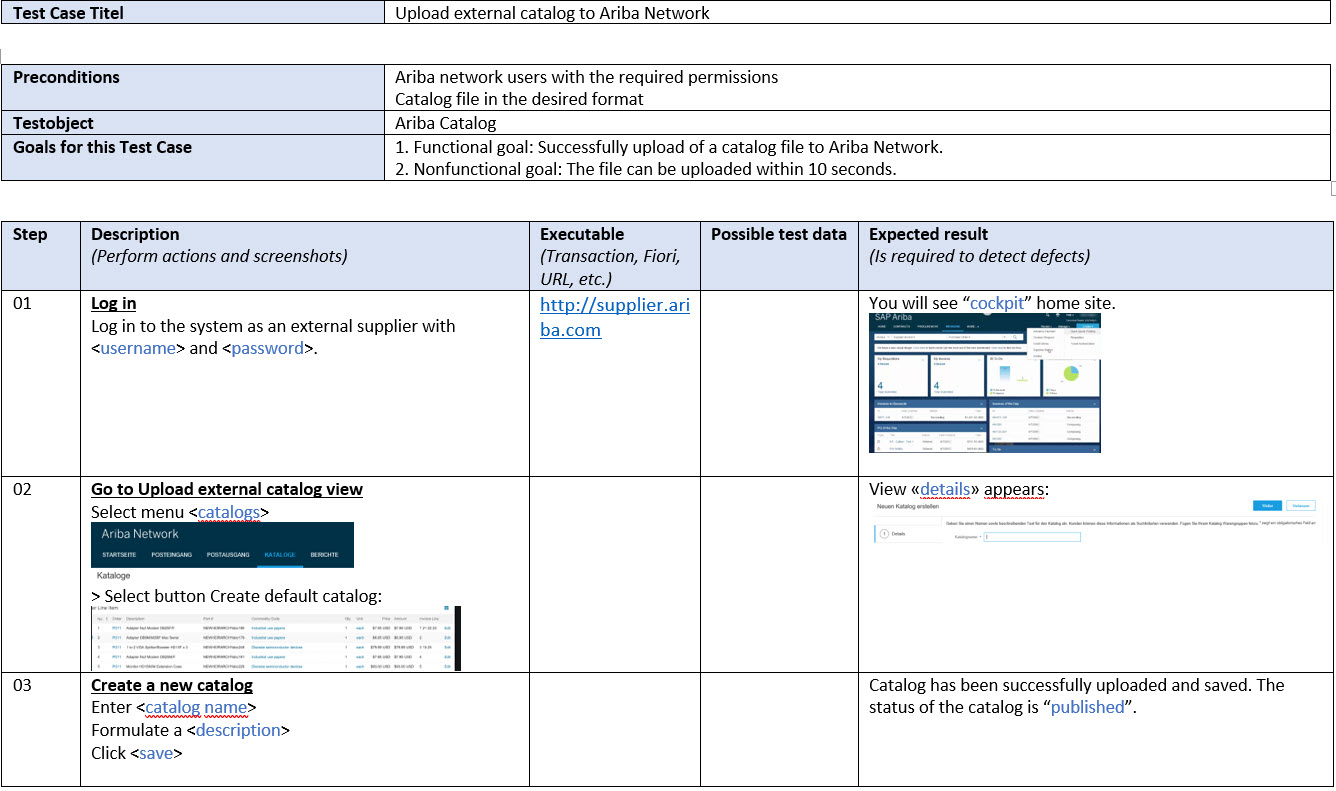 Regardless of whether a waterfall or agile model is used for the project, it is important to start with the test process early. Even during the specification phase, test cases can be identified.

Specially in agile models test cases can easy be identified from the acceptance criterias of each user story.

It is important to select the right methods for test case identification to ensure the objectives and quality requirements can be achieved.

The test case procedures can be applied at different test levels to consider different aspects.

It is worth having the test cases reviewed by a second person. As a result, the last ambiguities can be discovered and corrected.

The test cases should be independent of the specific test data whenever possible. The goal must be to use the test cases for multiple test records. The test data can be made available to the testers, for example in the form of an attachment.

The test cases should “live”, which means that the test cases must be kept up-to-date and new findings lead into the test cases. For this purpose, an ALM or test management tool such as the SAP Solution Manager in which the test cases can be managed and executed is strongly recommended.

This is a good start, but the success of the project is that you could execute your a business Process end to end, that means if you are using SOLMAN Focused Build and SOLMAN Solution Documentation BPML maps you could in theory create your Test Script based on the Process or Collaboration or even Universal diagrams.

To my dear friend ADI

Please permit me to disagree with you completely on this one!

This is why quality pros always talk with the customer and decide jointly on the most important test cases that represent some of the integrative processes.

This is also the reason that the correct home for end to end processes is in the quality tests realm, where you can always add depth and context without disrupting the process tree with the list of process steps. Test Steps is indeed a great tool for this.

I do not see a contradiction but actually I meant graphical representation of test cases.

Some good structures are here. Thanks, Daniel!