Understanding containers with Docker and SAP

The OS-level virtualization, which allows to run multiple isolated spaces — each of them looking like a separate computer from the point of view of programs running in them — is not a new thing. The development of the concept started at the beginning of 1980s. But it was because of the recent technology trends, like cloud-native computing, that we see a massive adoption of this approach.

One of these approaches – called containers and developed by Docker – gained the biggest traction among developers, becoming a synonym for the approach.

With the growing importance of containers in SAP technology landscape, I did a couple of talks on how-to-get-started at different events, including recent SAP TechEd in Bengaluru.

I have received positive feedback and demand for more after these talks. So, with this blog series I would like to bring it closer to everyone who wants to understand and to start with Docker. Containerization is used in many areas today, but the products used to help with containers in this series will be from Data Management portfolio. Yet the knowledge you should gain about containers will be universal and applicable everywhere else.

Through a series of blog posts we will use currently available free versions of SAP Data Management products for developers:

– to understand concepts and terminology of containers through practical hands-on exercises.

Prepare a system with Docker Desktop

First thing first: if you want to follow this series, than you need to have access to a system with Docker software, where you can experience it all by yourself and play and fail (because failing and debugging are the best way to learn, as long as it is not a Production environment 😉 )

The company Docker ships many different products. In most of the cases by “docker” I mean the Docker Engine, that includes Docker daemon and a command-line interface (CLI) tool docker.

The best way to get started is by installing Docker Desktop software on your Windows or Mac computer. On some older laptops you might need to install legacy Docker Toolbox software.

The purpose of this post is not to teach you installation of the Docker software or troubleshooting of that installation. If you get any questions about that, then use Docker Community forum: https://forums.docker.com.

At my desk I have Docker Toolbox running on Windows 10 laptop, Docker Desktop on MacOS and Docker Engine on my Ubuntu mini-server. I often use docker as well on VMs deployed on different cloud providers.

Check docker installation works for you

…returning following in the output: 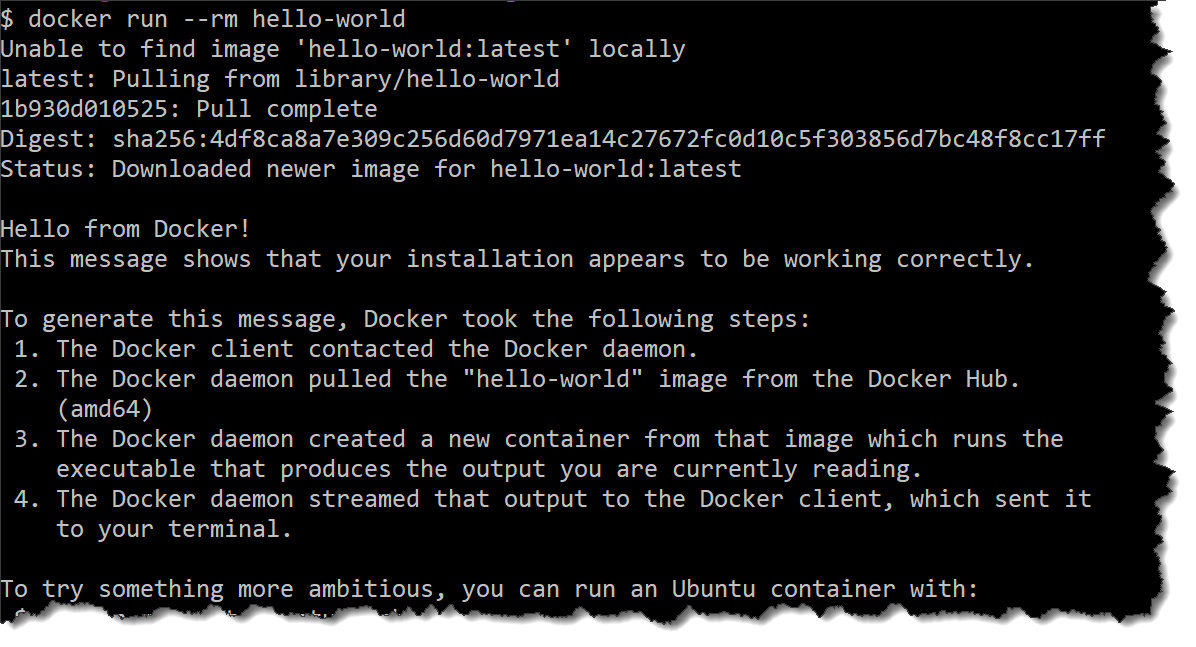 If you get this, then Congratulations! and we will try something more ambitious — running your first containers — in the next post. I will tag these posts UnderstandContainers for easy search.