Unmanned Aerial Vehicles (UAVs), or drones, are aircraft that can be controlled remotely by a pilot or can fly autonomously based on pre-programmed plans or automation systems. Many industries and users are adopting this technology, including military, government, commercial, and recreational users.
As a hobbyist drone builder, I have always preferred to send useful data captured from drone video to the cloud system. After successfully integrating with AWS and GCP, it was a point to associate it with SAP Leonardo IoT. The new so-called FPV (first person view) technology gave us a unique experience of flying and also able to hook up to the on-premise system which can process the video stream.

Using Drone, identifying objects in real-time, processing the data and sending it to SAP Leonardo IoT.

The main challenges are:

From the below image of the setup, believe me, we can identify the available space. 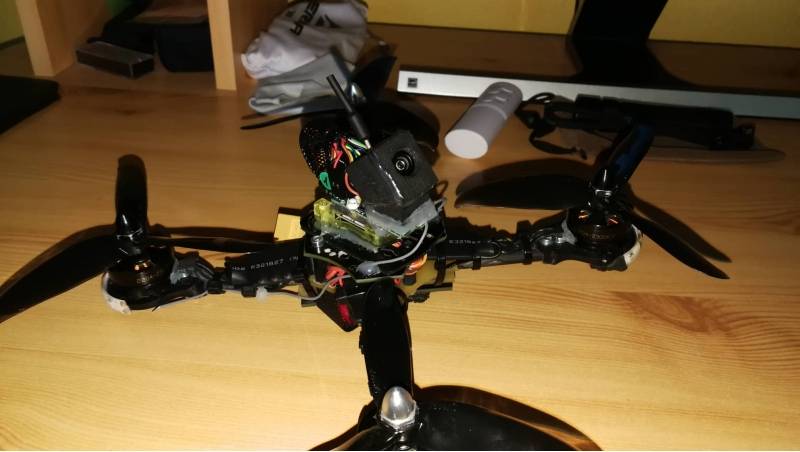 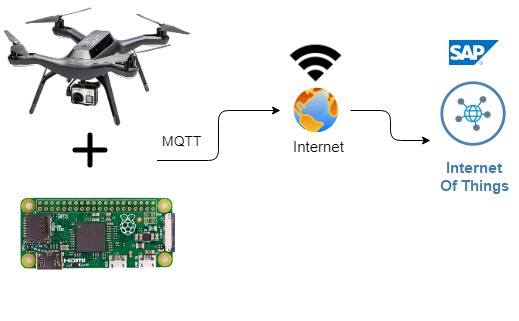 Before I describe the complete PoC, there are two methods.

Stream Video feed from an FPV camera to a near edge gateway and send the transformed data to the SAP Leonardo IoT.

Attach RPi Zero on Drone and stream the JSON Payload to SAP Leonardo IoT. I have adhered to this method to test extensively and broaden the use-case for future implementations.

For this use-case, I have used Deep Learning as this is one of the only methods by which we can overcome the challenges of feature extraction. Basically, deep learning mimics the way our brain functions i.e. it learns from experience.

The model which I have used for object detection is COCO-SSD (Common Objects in Context – Single Shot Detector). Single Shot Detector is a neural network architecture that uses a “proposal generator,” a component whose purpose is to search for regions of interest within an image. After the ROI (Region of Interest) has been identified, feature extraction is used to get the features of the region and determine the objects identified. COCO dataset has images that are one of the 90 classes, such as cell-phone, mouse, person, bus, cycle, kite and so on.

Here, what my Drone can see!

As I am flying the drone indoor, it is set to 5 feet as maximum altitude from the ground level.

With the above setup, it will be really helpful to deploy drones for the rescue operations and maintain a data log of the objects which are identified in SAP Leonardo IoT services. Further, we can add multiple components to extend its purpose, like feature extraction, image analytics and so on.

Which alghiritm to recognize objects in video?

This is Yasser from the KSA Presales lab.

Really, I like what you are done with drone and object detection.

My ask, about if you have step by step details on how we can achieve this task.

We already built the object detection part with raspberry pi , how we can connect it with Leonardo , MQTT part and especially this part “a rule to only send data when the object “Cup” is detected”

Thank you, Niladri, for sharing this valuable knowledge. I have a customer interested in using drones to recognize anomalies and degradation in concrete structures as part of a preventive maintenance effort. Do you have examples or any information on how we can use SAP Intelligent Technologies such as IoT and ML to build a POC?

Earlier I have worked on identifying cracks under Bridges, for which I have collected all the Crack images and retrain with SDNET2018 (Concrete crack detection image dataset). Using the same method, this model can be deployed on Drone to provide real-time outlier detection.