Interoperability – The Key Enabler of Industrie 4.0

I am running an innovation team at SAP that is addressing different kind of Industrie 4.0 challenges. From autonomous systems, over connectivity, and distributed business processes all over the places, we have identified solvable and yet non-solvable topics. With this blog I want to share our progress and show how SAP can support a challenging Industrie 4.0 journey. I am not going to elaborate on every topic and expect a basic understanding of business applications being used in industrial environments. This blog shows how we want to address the widely discussed topic of interoperability by providing an open approach that is not limited to industrial challenges.

From IoT to Industrie / Industry 4.0

Internet of Things (IoT) has become an enabler to get transparency in many areas of our daily life and increasingly of industrial devices and machines. Devices are getting more and more equipped with intelligent sensors that can be connected to a cloud platform to store their data. Examples are end-consumer gadgets or smart home devices. To get them connected to a platform, vendors usually offer an easy way to onboard the device by scanning a qr code or reading an RFID tag with your mobile phone. Almost instantly you can use the device and data is being collected.

In an industrial environment, where devices are being called assets nowadays, there is not a straight forward approach to integrate an asset into your business applications. Even if there is a lot of standards available, and more standards are to be expected, it is almost impossible to get close to a plug&play approach as being described above. Depending on used standards or proprietary formats, you usually need a group of experts to get the integration of an asset accomplished. From an asset expert, over IT support, up to experts of business applications, it can be a very tedious effort until you can use an asset productively. Of course, it is a justified procedure because of a lot of things to consider like security, accessibility, compatibility, or regulatory compliances. And the more vendors are being involved the more expensive and complicated the integration can get. This situation and such challenges can be found in many companies. The degree of innovation of a company is low and discourages employees to innovate due to very cumbersome processes.

To overcome such challenges, working groups all over the world are trying to establish standards. But standards can also lead to confusions. Which standard makes sense for the specific challenge? Which organisation is driving the standard? And many other questions are rising up if a brown field environment is being tackled or start-ups are being involved.

One group that has been founded in 2013 was the German Plattform Industrie 4.0 to support the digital transformation of industrial value chains. SAP belongs to the initial founder of this initiative. Since then different working groups have addressed topics like reference architecture, standards, legal aspects, security, business models, research, and also human aspects. 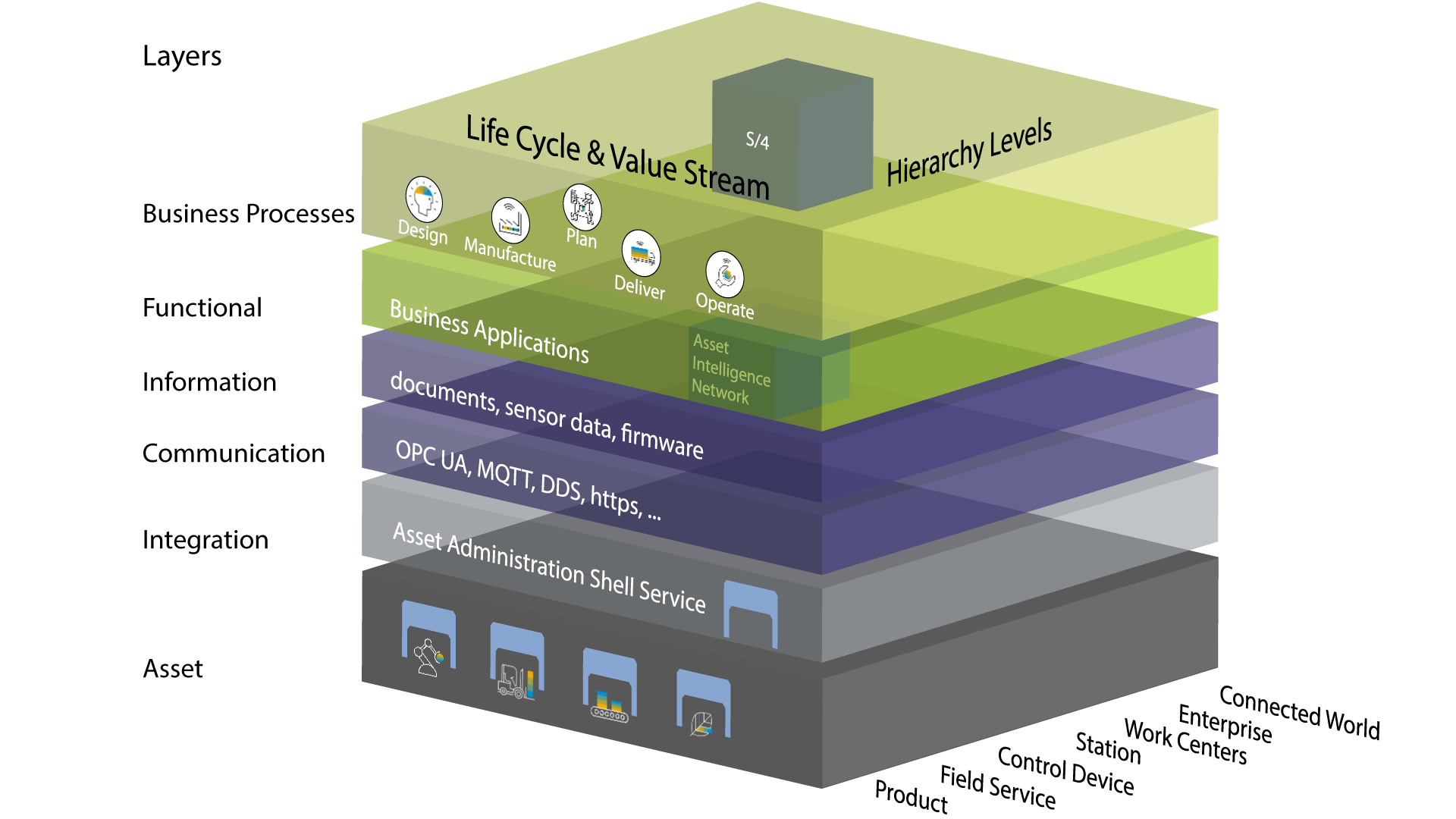 Figure 1: SAP’s Asset Administration Shell implementation as an Integration Service based on RAMI4.0

As being shown in figure 1 SAP’s AAS Service will be used to integrate assets, which speaks the Industrie 4.0 AAS language, into business processes. But AAS is not meant to replace existing or upcoming standards. On the contrary, AAS is complementing existing and upcoming formats and ensures therefore the openness and agility to cope with future challenges without disrupting the current environment. Our initial focus is the onboarding process to integrate an asset technically and to use it as a resource in business processes without any manual effort, knowing that it may not be possible with every process.

Our team developing the AAS Service always has in mind to write it once and to deploy it on an edge, on premise, or in any cloud cluster. Current technologies like containers or Kubernetes(k8s) allow this approach, but feedback or proposals are alway welcome if you ideas for improvements. 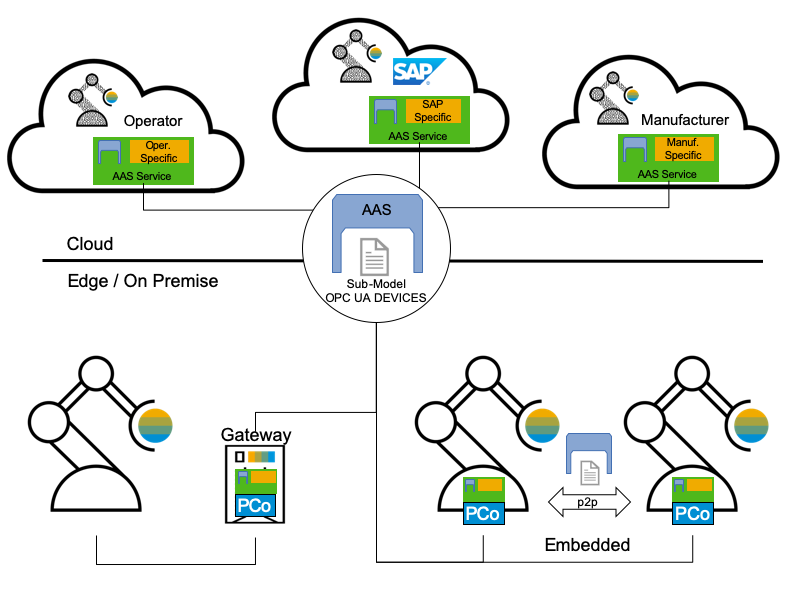 Figure 2: AAS Service deployed on a gateway or embedded in assets

Figure 2 shows different ways to deploy the AAS Service which also contains specific extensions for the environment it is deployed to. While SAP specific implementations interact with SAP solutions, specific implementations on the operator and manufacturer side can be used to embed non-SAP solutions into the landscape. The Industrie 4.0 language AAS allows distributed solutions/services to interact with each other, despite of existing standards or proprietary formats being used in their corresponding environments like an asset that supports the standard OPC UA.

According to the AAS specification, different scenarios or use-cases can be distinguished by using different sub models. SAP’s flexible way to process sub models like OPC UA Devices is based on a combination of micro services that can be assigned to an AAS Service deployment. Therefore, multiple AAS Services can exist in the same landscape to process different sub models and to invoke business applications accordingly. But it is also possible to process all sub models within one single AAS Service only. Our open source project can be combined and used to meet’s customers needs as long as the Industrie 4.0 AAS language is being used. E.g. experimental implementations or start-up solutions that don’t support standards could be tested, exchanged, or replaced easily without having too many impacts. Innovative ideas can be evaluated quicker within business scenarios than ever before.

Figure 2 also shows a possible combination of the AAS Service with the existing SAP solution Plant Connectivity (PCo), that can reduce the effort for specific implementations even further. PCo can interact with an OPC UA service and is capable to use further standards.

To keep this blog short, I want to stop at this point. This blog is meant to make our Industrie 4.0 activities with regards to interoperability tangible. Industrie 4.0 is a big topic and may also be overwhelming sometimes. Stay tuned if you want to learn how SAP will make Industrie 4.0 easier to adopt. We start with onboarding and share our progress and examples with partners in further blogs.

Your takeaway from this blog is, that SAP’s open source AAS Service has the following intention: