There is a wind of change across the globe! Governments, big and small, are increasingly becoming data hungry. Fueled by the ease and availability, there is a rapid and large-scale adoption of technology throughout the world. The challenge for global companies is to stay compliant with all that’s changing, everywhere they do business. This challenge is best manifested in the statutory reporting domain where the laws and terms of periodic legal reporting keep changing.

The transformation journey began in November 2018 when it was decided to migrate the SAP internal ERP system (ISP) to S/4 HANA, and specifically S/4 HANA 1809 FPS 1. A core team of internal IT colleagues was formed with the mission of enabling ACR based reporting for 21 countries in a short span of 8 months. This highly motivated team was instrumental in rising to the occasion and achieving its objective. But their journey was not without its challenges.

Along with the incredibly tight timeline, the team faced other challenges like:

Synergy between the ACR framework team and the IT team was the key! Hence, a development contact colleague (aka ‘Development Angel’) was appointed as the dedicated contact point for IT team from the framework side. This collaboration setup paid rich dividends as no time was lost in waiting for the right experts. All the requests were routed via the Development Angel to the right experts from the country specific report teams or the framework team, ensuring the tight timeline was adhered to. 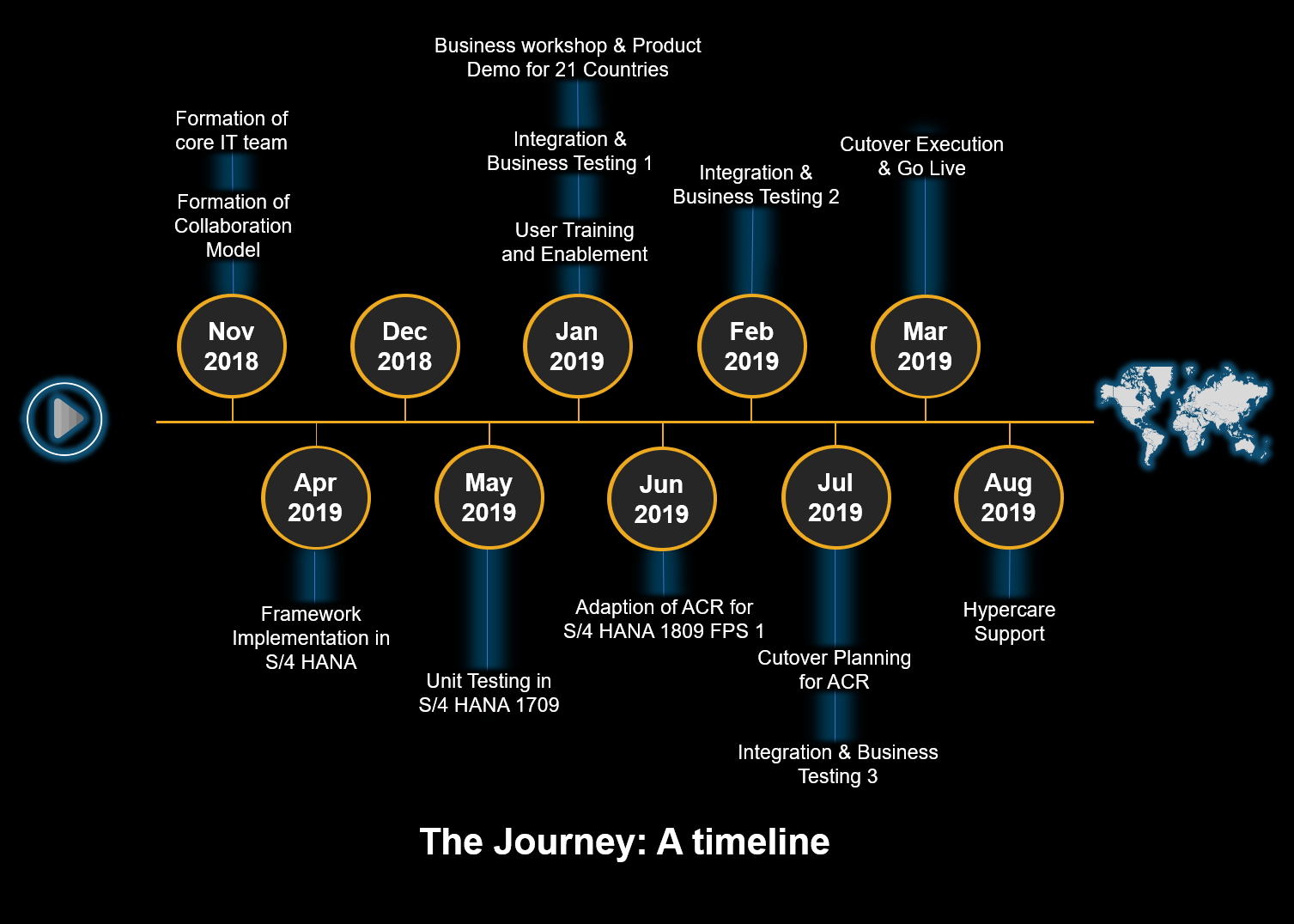 Initial hiccups aside, the implementation journey was smooth due to the willingness of the colleagues to achieve the common goal. As a fruitful conclusion to this sustained collaboration, SAP went live with ACR in 21 countries across APJ (Singapore, Thailand, Philippines, Indonesia), EMEA(Austria, Denmark, Finland, Belgium, France, UK, Hungary, Ireland, Luxembourg, Netherlands, South Africa, Spain, Sweden, Switzerland) and MENA(Egypt, Turkey) regions.

Having used ACR for some time now, there is extremely positive feedback from the business users. Some of the key wins for the business are:

Additionally, the IT benefits include:

The SAP IT and Global Tax Organization are now planning to move Tax Reporting to ACR framework for every market within the next year. Four more countries have gone live on ACR after the go-live and there are more in the pipeline.

In line with the vision of the Intelligent Enterprise, ACR was envisioned to transform reporting compliance for global customers in an easy to use, extensible and efficient manner. SAP’s adoption of ACR is a ratification of that vision as well as a testament to SAP runs SAP!

Would it be possible for you to please share how the VAT reports for Sweden were enabled via ACR given it is not available as a standard in 1809 version? I am trying to enable for Sweden in the 1909FPS02 version.. Any help or pointers would be appreciated.

Thank you for your interest in ACR. Release specific list of reports for ACR is available on the Help portal. For additional queries, please reach out to ACR Customer Influence Portal.