The Early Talent community at SAP is a forum for young minds to groom themselves and achieve what they aspire for. And for these inspired individuals, the Early Talent Summit was organized in India in October 2019, on the theme Infinite Me. 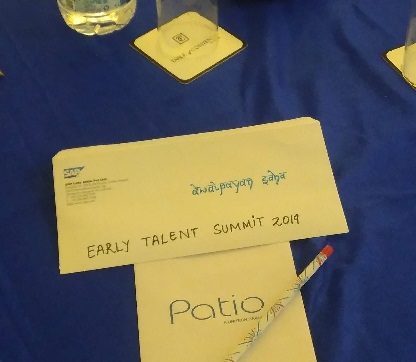 Just like the past years, the focus was on imparting lessons that prove valuable for the early talents in their career journey.
In Gurgaon, this year was even more special, as this was the first time that the summit took place at an offsite location.

On October 23, 2019, our small group of 15 gathered at Unitech Club Patio in Gurgaon, with a packed agenda ahead of us. Being a very close-knit team here in Gurgaon, most of us knew each other, yet there was so much to look forward to.
The participants were greeted with welcome notes and snacks, to set the tone and acquaint them with what Cross-Generational Intelligence is all about. 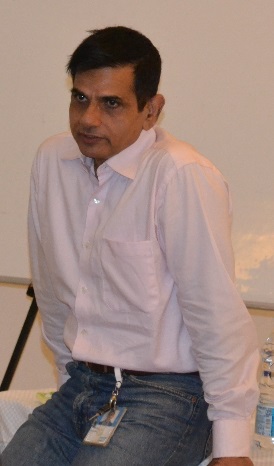 He summed up the history of SAP in India into interesting anecdotes, to instill belongingness into the participants, who are still very new to the organization. He also spoke about his own journey within SAP, shortly before sharing his success motto.

“Prepare yourself to embrace change and become smart about where the business is heading. And for the right outlook on things, you have the best minds and the best sources of information in the organization. Train, upskill and get set on your path to success.”

After this insightful introduction was the first session. To set the context, there was a short activity called Me@SAP, where the Early Talent Ambassador from Labs Gurgaon, an Early Talent herself, asked the audience to describe where and when they met her. With inputs such as office parties and dance rehearsals, it was a fun way of understanding the various facets of being an SAP employee and the umpteen ways of getting to find like-minded people. It helped break the ice among the participants.

This was the prefect prologue for the session Networking – A Precursor to a Successful Career Path. The speakers for the session were Chandan Kalra, Development Manager and Lean Mentor, SAP AIS, and Rajni Sethi, Development Manager, User Assistance (India), SAP IBSO. The focus was on the importance of networking and how it can transform our personal and professional lives. The speakers also discussed the types of networks, active and passive networking and helped the participants build a networking plan with great tips and reminders. The information was mixed with activities to keep the session interactive.

The participants then broke for lunch and came back to a thought-provoking discussion on the recent news on child mortality rates in India, whether the government was doing enough and what can we do to make this better. This activity was aimed at bringing diverse opinions to the table and emphasizing the power of many.

It was time for the next speaker session Inclusion – A Step Towards Employee Respect and Satisfaction. The speakers for the session were Amit Agrawal and Shilpi Khanna, both Development Managers at SAP IBSO, Labs Gurgaon. Amit is also a part of the Diversity and Inclusion, Core Team, in SAP Gurgaon.
The participants were introduced to the pillars of diversity and inclusion at SAP, and there was some very fruitful discussion on biases and how we can deal with unconscious bias.

This session was packed with interaction and 3 different activities. The first was a visualization exercise, to make the audience realize their own unconscious biases. The second was called Team Magic. The participants were divided into 3 teams of 5 members each. They had to answer the statements: “We feel included when…”, “Why do we need to focus on inclusion?”, and “What are the blockers to inclusion?”

The results were very intriguing, with each team unleashing aspects of D&I that are very relevant and profound, and yet need more focus and sensitivity.

And the final activity for this session was the Situation Flip, where the participants had to enact situations from office life, that can cause issues on the grounds of inclusion, and how we can take simple steps and find our way around them.

Amit also shared his personal experience of leading a team having a member from the Autism @ Work initiative, and how each member from his team is sensitive and thoughtful in every action.

A phrase from his session has stuck with all of us, “Diversity is a fact, inclusion is an ACT.”

Before calling it a day, we had the Photo Finish activity, where teams of three had to cross a rope, marking a finish line, in a manner so perfect that they look like a single object in the picture. This activity relied heavily on rhythmic and calculated steps by the teams and it turned out to be super fun, and yet super tough.

The day ended with a delicious dinner, and lots of conversation among a group that started the day as fresh acquaintances yet left as a bunch of friends for times to come. The feedback showed an average rating of 4.2/5 for the sessions and an even higher rating of 4.4/5 for the activities, setting the bar high and invoking curiosity for the next edition of the summit. 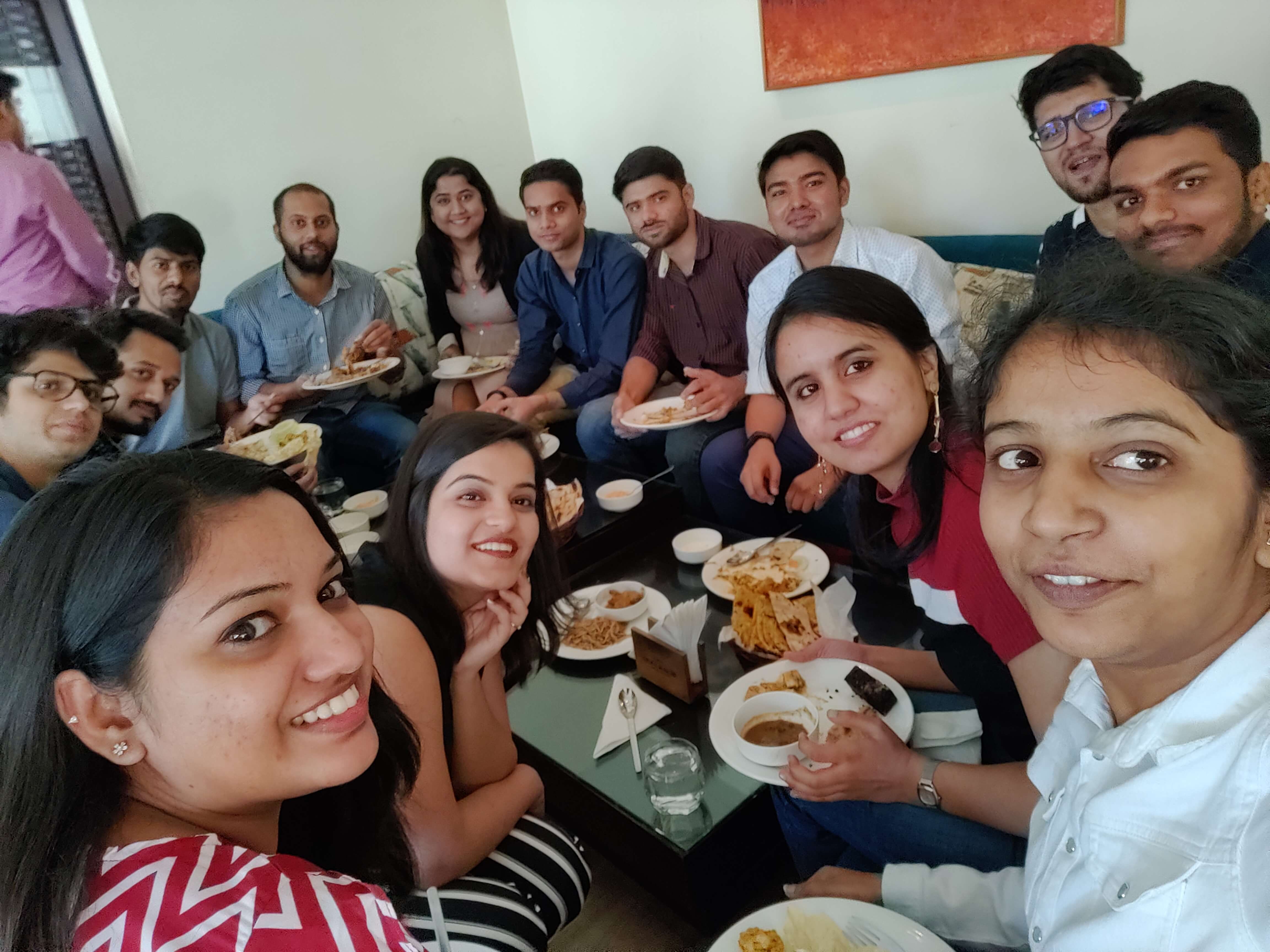 PS: Special thanks to Akanksha, an Early Talent with the Chief Customer Office and CoE, SAP Gurgaon, for her contributions to this feature

Thanks Sarina, for summarizing the event so thoroughly, while keeping the content crisp. It is exciting to see the Gurgaon team organize such a special summit for the early talent community.