At SAP, we aspire to have an agile, adaptable, and multi-generational workforce uniquely positioned to partner and innovate with SAP customers in a global and disruptive marketplace. A key component of achieving this goal is SAP’s Sales Academy in Silicon Valley, California. 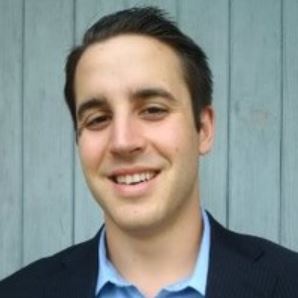 The Academy empowers a diverse sales workforce through a world-class multi-dimensional learning experience and three-year developmental journey. The experience aims to unleash the full potential of the workforce through the collective intelligence of each generation and to develop a strong bench of role-model leaders that possess a unique combination of digital fluency, global intelligence, and quota-carrying experience.

Matt Sims is one of over 1,000 Academy grads so far, and he is currently a Senior Account Executive based in the Bay Area managing over 105 SAP accounts. A 2014 graduate who played a key role in North America’s first S/4HANA deal, Matt attributes his success and quick rise to the skills he learned at the Academy, his openness to learn, and invaluable mentoring from SAP’s multi-generational workforce.

Matt joined SAP as a Marketing Intern in Mobility Services after graduating from California State University in 2014. Matt says that, “After meeting several sales leaders and heads of lines of business, I knew right away that I wanted to go into sales.” He found out about and enrolled in the Sales Academy. Today, Matt works with mid-market companies, and as one of the less tenured sales professionals on his team, Matt is very open about the fact that he is still learning, and this approach has helped him find natural mentors in his team and VAT.

Matt got off to a fast start in sales when he was given a target list of 180 accounts and honed in one – Topcon Positioning Systems, a Japanese manufacturer of optical equipment. Topcon had worked with Workday for seven years and was up for a renewal. Matt learned that there was a long history with Topcon, but he requested the chance to present a proposal.

Matt met with the VP of Global IT at Topcon, was eventually able to smooth things over and established a great relationship with her. As a result, Topcon is now live on S/4HANA Cloud, Concur, ECC, IBP, Business Planning, HEC, Commerce Cloud, and has replaced Salesforce with SAP Sales Cloud. This marked just the second global S/4HANA deal, and was the first in North America.

Matt credits his accountability and openness as significant factors in signing Topcon as he was committed to meet deadlines, and shared as much information as he could each step of the way with everyone involved. Matt believes good relationships start with trust and accountability. He attributes his success in building that relationship with Topcon to his honesty as he was upfront and open about being new to sales and avoided overselling, learned by doing, and was so impactful that by the next sales engagement, people knew him as, “the Topcon guy.”

While Matt and his fellow Sales Academy graduates work to gain the hard-won wisdom of their more tenured colleagues, they are able to build credibility with customers and the support of their VAT team through a continuous learning mindset, active listening and accountability.

Matt’s eagerness to take advantage of SAP’s multi-generational workforce and learn from several amazing mentors has also accelerated his ramp in sales. His manager at the time of his Topcon deal and current mentor Jason has been a tremendous resource. As an experienced sales leader and member of generation X, Jason’s experiences and outlook differ from Matt’s, but Matt found that those differences taught him invaluable lessons. Jason went through a sales training program as well, which helped them build a strong relationship, mentor each other, and he now considers Jason a close friend.

Matt credits a lengthy list of other mentors who have been vital contributors to his success like his Customer Experience portfolio manager, his SuccessFactors VP, his VP of Customer Experience in the Midwest ,his executive sponsor of the Topcon account, and his former VP.

Matt looks forward to continuing his progress in sales through building his portfolio knowledge, learning even more from his mentors, and trying new methods for engaging customers.