The session started with Annice and me talking about our choice of ‘caffeination’ – filter coffee or cappuccino. The participants related to similar coffee-corner/water-cooler encounters at their workplace and we kicked off an interactive workshop with activities, videos, quiz, handouts  and giveaways, followed by an Industry panel attended by 170+ participants including 17 differently abled participants

With the context of generation definitions and unconscious bias set, the core mantra of Inclusion for All was resonated thru-and-thru with the participants. We were able to disrupt the D&I associations with just Gender and Identity, to include the Generational intelligence as well. With that we started off the Industry Panel discussion with, Annice Joseph (Global Lead for Cross-Generational Intelligence at SAP Labs) as the chair and speakers – Sangeeta Giri (Senior Director for SDDC at VM Ware), Arati Deo (Managing Director for ML/AI at Accenture), Sonal Tivarekardent (Head Strategic Initiatives & Head Analytics for Research & Consulting teams at Swiss Re) and Chandramohan Sankaran (Development Manager & Engage Theme Lead at SAP Labs)

Key take-away from the Panel

Sangeeta [in] from VM Ware : D&I efforts of the firm include project Tara with an intent to bring back 15000 women back to work through training and vacancies opened based on skill and job match. In this regard , they have been able to attract women who have taken break from careers at different life stages. It has been pleasant to see the enthusiasm among younger and older generations equally to be back to the workplace and eager to learn and contribute. The other best practice shared was mentoring and Sangeeta herself has had the fortune of being mentored by leaders 17 years older than her and she able to mentor someone 17 years younger than her

Sonal [in] from Swiss Re talked about the Companies objective to make the world more resilient and how this translates to create resilience among their own teams within the firm. Leading to have a inclusive culture approach and not too much focus on diversities per se. However, they ensured the different needs of all types of diversities were kept in mind and their recruitment process have different methods of sourcing candidates and not focus only through social media as there would be good talent away from social media as well. Further she emphasized the need to break stereotypes as well researched studies such as Gallop have shown that the younger generations are even more concerned about environmental issues which breaks the stereotypes of calling millennials self-centered

Arati [in] from Accenture brought in the aspect of how senior leaders at Accenture mentor the entrepreneurs from the startups sponsored by Accenture and the learning is immense and two way. The startup enthusiasts get insights to business plans, investor relations and so on and the leaders really get a sense of the startup mind set helping them to engage with their own teams better. One of the women leaders also encouraged her business graduates to meet up with her to share ideas and thoughts. She was able to bring value to them through her experience and she was able to learn a lot more on social media

Chandramohan [in] from SAP spoke about the Company’s focus on inclusive culture to include all the five generations at the workplace and collaborate together for innovation. He further explained how the Reverse mentoring and Coaching programs started in India was further adapted globally and we now have the cross generational mentoring guideline which can be executed through the SAP mentoring tool for scale and reach. He spoke about creating awareness reaching more than 1100 employees across locations and SAP entities creating environments that are more inclusive and people are open to cross generational intelligence

To summarize, all of them agreed that cross generational collaboration is much needed and this can be achieved by C.A.R.E –
Collaborate better,
Acknowledge differences
Respect everyone
Equality through inclusion for all

Post the workshop many participants reached out inquiring about conducting the workshops at their companies. We talked about various pillars and programs for Diversity and Inclusion like, the Early Talent Ambassador program, the Pride@SAP pillar and the cross generational mentoring program to name a few 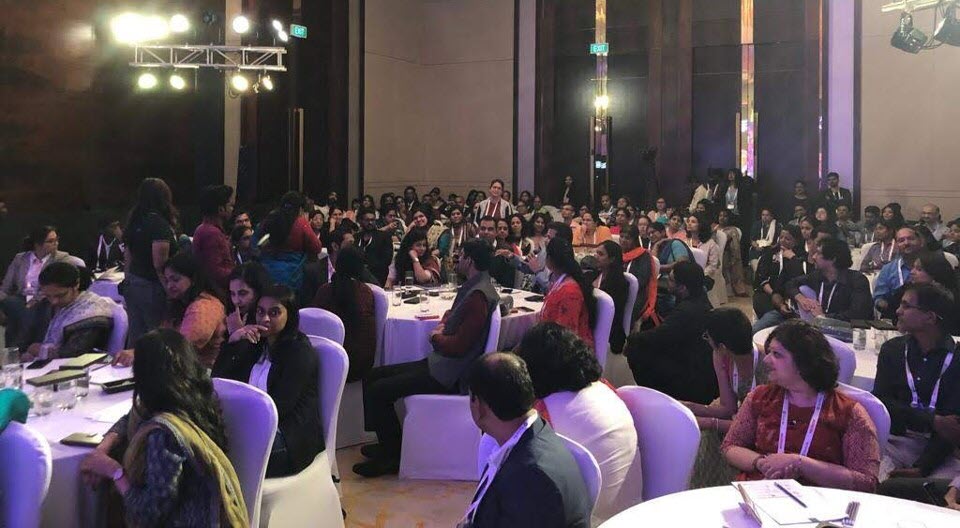 “People realized the need for cross generational inclusion when only 5 participants of the 170+ had friends from 5 generations . This was an eye opener considering we live in a multigenerational society and workplace”

“Congratulations to Team SAP for one of the most ‘engaging’ sessions. The way team SAP presented showed that they don’t just preach but practice too. It was noted by the participants that team SAP were in absolute sync and not a minute during the workshop did their attention wander”