How to create custom Group of Employees for Launching the Forms in Performance and Goals Management (PMGM).

In this section we will learn about the process of creating the target group of employees for whom we will be launching the Performance forms.

When we say grouping of employees most of us think that the groups can be taken from the Permission Groups that have been created predominantly.

The groups are different from the Permission Groups created for universal usage, these groups can be created on the Form Launch screen while adding the target audience.

In the Form launch functionality, while selecting the target audience we can create the group of employees (Dynamic Group) for whom we want this form to be launched. 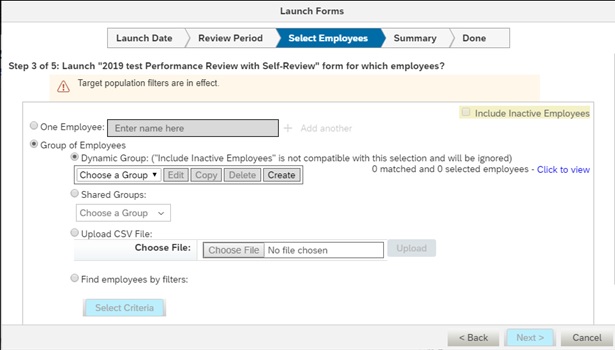 There are two type of criteria where the group can be customized,

Now this criteria comes into effect when you have the target audience belonging to the same role, department and Organizational Hierarchy yet you have conditions for them to qualify for the Launch, Illustration as below.

Contract Workers, users with Employee ID starting with a “C”. 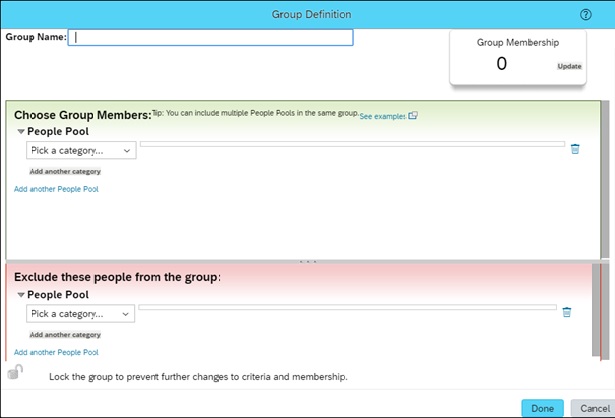 Once you are done with the grouping you can launch the forms for the target audience and this can be even locked in order to avoid further changes.

This functionality will let you launch the forms to a targeted audience even though they are in the same organization and they are just separated by some conditions. We cannot have business rules in PMGM yet we have provisions for applying conditions for different functionalities in it.