Making the Pros: Does Your Birthday Matter? Use SAP Analytics Cloud to Find Out

In his book Outliers, Malcolm Gladwell cites that extraordinary success requires hard work, talent, ambition – and being born at the right time. He uses hockey as an example.  In minor hockey, children are grouped by birth year.  Because youth players are registered in leagues based on their year of birth, the biggest and strongest players tend to be those born in the first few months of the year.  Among AAA hockey teams, this selection process starts as early as age 8.  These 8 year old then go on to play on the best teams, get the best coaching, and play against the best competition.  He argues that this head start gives them a lifetime advantage.

While any hockey parent feels that this argument is logical, Malcolm Gladwell uses a very small subset of data to make this general assumption. So I wanted to see if his theory was indeed true.  Using QuantHockey, I was able to compile a data set of almost 8 thousand unique NHL players since 1920. This consists of all players that have played at least one NHL game. I then combined this data with NHL statistics and their respective birth dates to begin my data discovery journey.

Are NHL Players All Born in the Early Months of the Year?

This data set consists of almost 7,722 current and former NHL players.  If you look at all of these players, you can see that only 30% of them were born in the first quarter of the year and 57% in the first half of the year.  So while the “older” kids seem to go on to play in the NHL, it’s not nearly as pronounced as I would have thought. 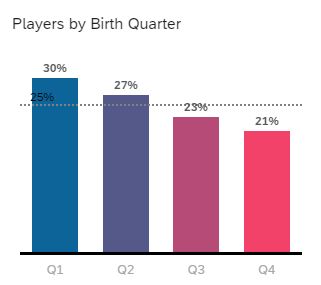 Are Players Drafted in the NHL Born Earlier in the Year? 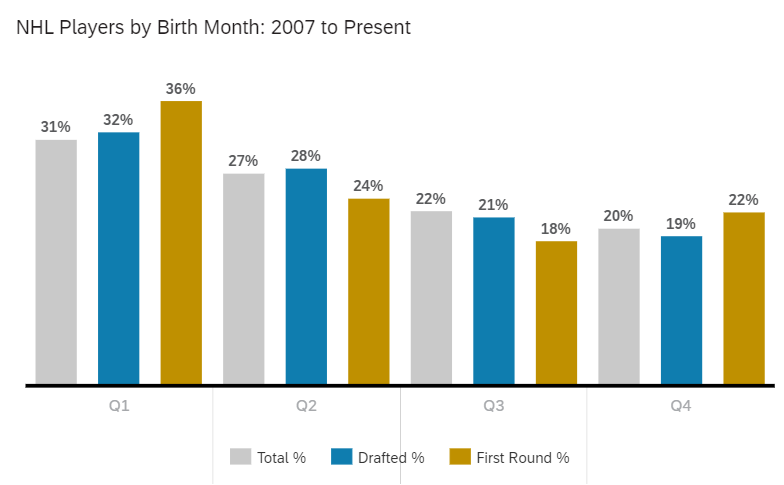 What about Canada?  Are Canadians Squandering the Talents of Kids with Late Birthdays?

In Malcolm Gladwell example, he uses a Canadian junior hockey team and cites that Canadians are squandering their talents based on their junior hockey system.  If we filter this same visual for Canadian players, we see only a slight variations.  60% of Canadian players (compared to 56%) were born in the first half of the year.  A slight variation, but again, not nearly as pronounced as I would have thought. 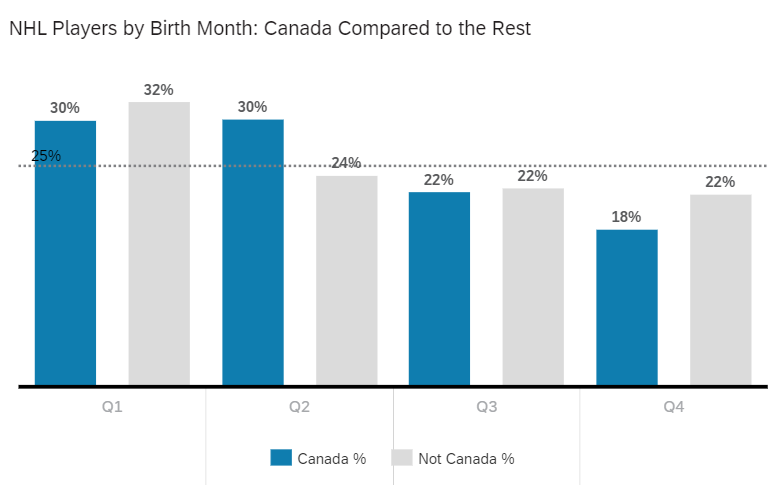 Are Players With Earlier Birthdays More or Less Successful?

The last question that I wanted to answer was whether birth month had any affect on player performance.  My theory here is that the older you get, the more things even out.  To keep things simple, I looked at both Games Played and Points scored.  The idea is that both tenure and points were the simplest indicators of success.

In terms of games played, I didn’t see much of a variation at all. 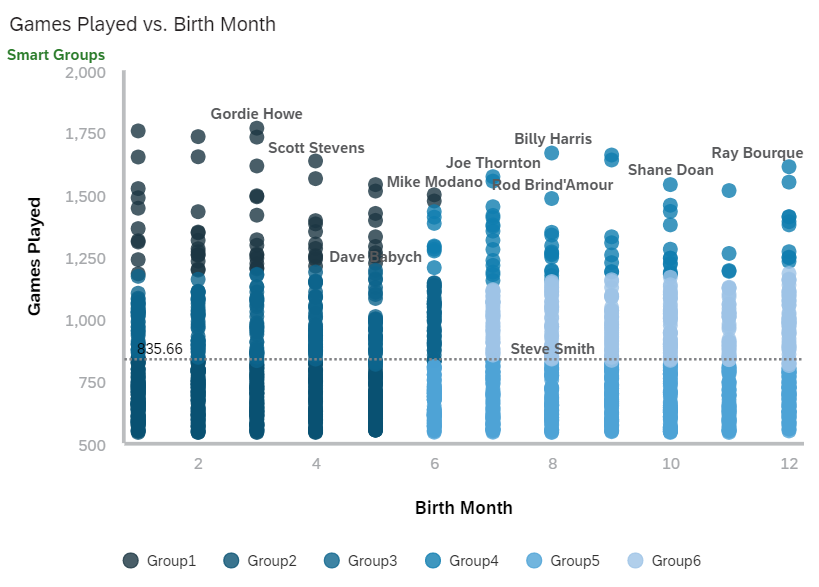 If you exclude Wayne Gretzky (January birthday), there’s not much of a variation. 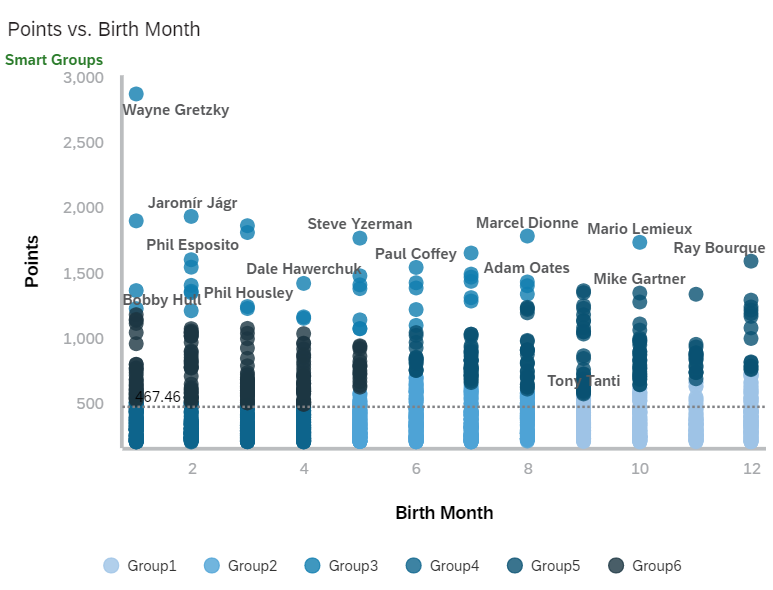 What Does This All Mean?

This example also demonstrates how all theories need to be grounded in facts.  In this case, Malcolm Gladwell got it all wrong.  While his argument made logical sense, the data simply did not support his argument.  As a hockey parent, while I agree that older kids have a large advantage much earlier in their hockey careers, the most athletic and the hardest working kids will always prevail – regardless of birth dates.

Want to test out your own theories?  Use SAP Analytics Cloud to help arms you with actionable information to disprove these facts.