Looking back at Barcelona is quite hard right now, especially with all the big news about Bill McDermott stepping down and handing over the role of CEO to Jennifer Morgen and Christian Klein. I can still very well remember the very first hands-on event that Bill and Jim Hagerman-Snabe had in Walldorf when I was still at SAP. I have to admit that I was a little skeptical, but looking back I think it is really fantastic to see what Bill (and SAP) has accomplished since then.

I am happy to have further discussions on this, but for now I just want to leave this topic aside and take a personal look back at TechEd.

Since I am now almost three years with Microsoft this review will obviously be very much focused on my personal view.

I always love attending the keynotes and this year was no different. After having Scott Guthrie (executive vice president of the Microsoft Cloud + AI Group) from Microsoft at SAP TechEd Las Vegas AWS was on stage this time. They started to talk about the importance of a trusted relationship and how they were now working together for 11 years.

I couldn’t agree more. Especially when using and migrating SAP solutions to the cloud a trusted relationship is super important. I actually think that is one of the reason why we see so many customers now moving to Azure :-). But more about this later.

Unlike last TechEd I spent most of my time in the SAP+Microsoft Developer Garage that we ran together with Maximilian Streifeneder and Marius Obert from SAP. Max had created a beautiful tutorial that guides a user to deploy an application that consumes both native services from the SAP Cloud Platform and also from Microsoft Azure.

In addition to the tutorials we also had a lot of customers coming by and asking about Microsoft and SAP integration, about running and migrating SAP workload to Azure or just asking about some very special Power BI integrations (sorry, I could not answer everything 🙂 But as promised I am working on getting you all the answers…) Here is the update for Power BI: 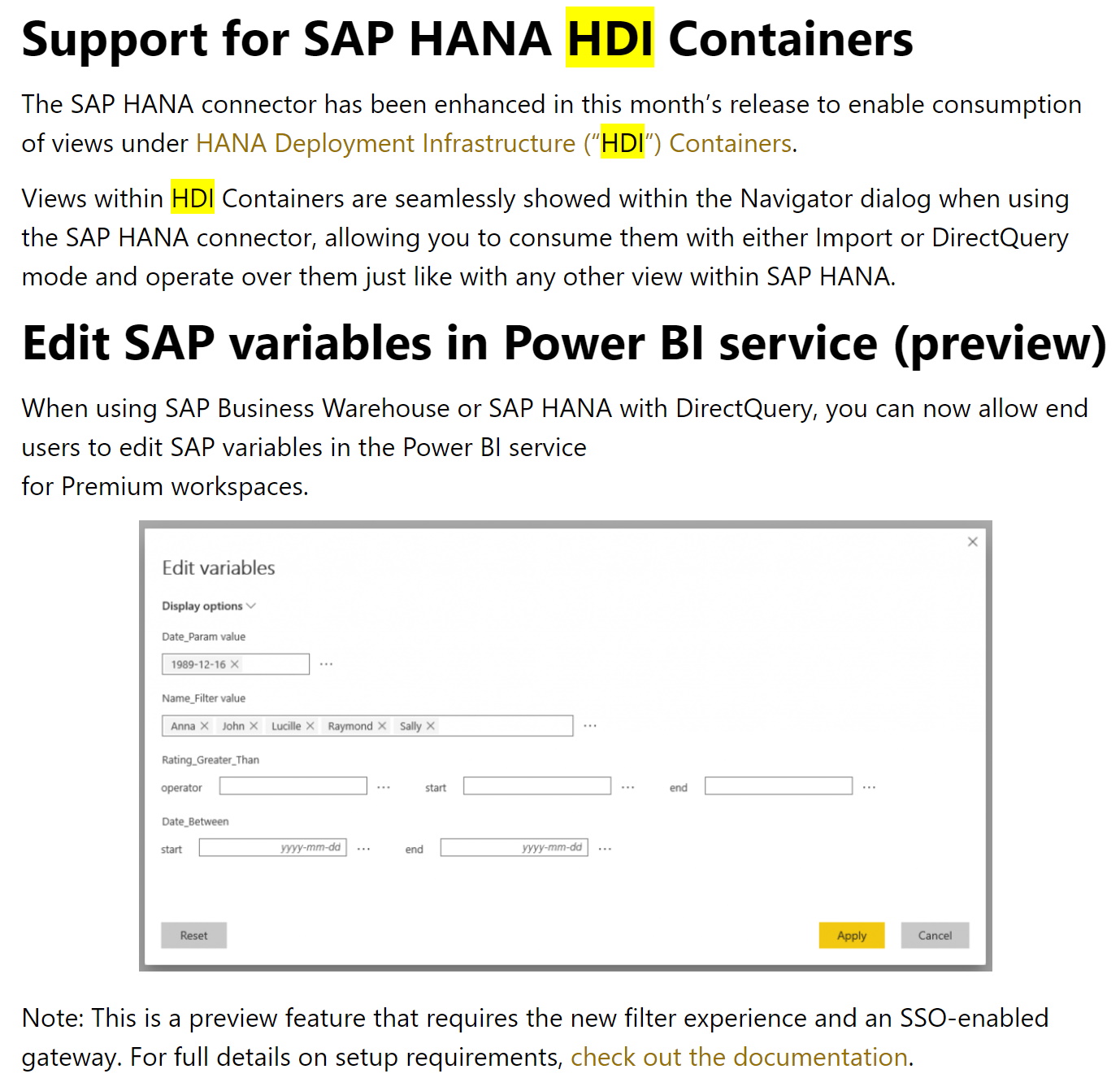 One very interesting discussion was about Multi-Cloud.  Being a former SAP Cloud Platform product manager I am fully convinced that the multi-cloud strategy of SAP makes a lot of sense. You have probably heard it before, but similar like in the past where SAP gave customers a choice to choose an Oracle, DB2, SQL Server or MaxDB database, now customers can choose their cloud provider. However, I also think that — like in the past — customers are then trying to focus on only one. They might had Oracle experts in house, so they wanted to make sure that all their (SAP) applications are running on Oracle. You would not run your ERP system on Oracle, your CRM system on DB2 and your SAP Portal on SQL Server. That simply doesn’t make sense.

From my point of view the same is still true in the cloud.

Customers are currently in the processes of consolidating their workload in one (or only two) cloud providers. Similar to SAP we see a lot of customers now migrating their SAP workload to Azure. Once that is done they also look at optimizing their remaining systems, some of them already running on other cloud provides. Now a consolidation phase begins. It does not make sense to learn the ways of two cloud provides, look into security concepts in two, running connected systems in two and so on. If your SAP system is running in Azure, you use Azure Active Directory, Office 365, have your Data Lake in Azure, why not consolidate everything in Azure!

In this context it also makes very much sense to see that SAP Cloud Platform is currently being built out to other Azure Data centers. Again: my S/4HANA and SAP Business Suite is now running on Azure, so I also want my extension to run in the SAP Cloud Platform on Azure.

This brings me to my next point which was also discussed in Episode 30: Of the Coffee Corner Radio  SAP TechEd Barcelona 2019 – Recap Day 1. There one question was raised why I need the SAP Cloud Platform at all. Why wouldn’t I go to Azure directly. Here I have to agree with Martin Fischer. Yes, customers could potentially run everything somewhere else, but I think the real value add comes when you combine the strength of both companies. Microsoft is very good in building out infrastructure. So that’s where SAP can clearly benefit from leveraging this. Then Azure is also great at providing a technology platform that provides you (technical) services: ranging from simple databases (like PostgreSQL as a service) to machine learning capabilities. When you now combing this with HANA as a Service, the Cloud Platform Integration services, the fantastic connection to SAP systems, development models like RAP and CAP, the business services (of which we see more and more) — that’s where the real value comes into play.

As shown in the Developer Garage the Cloud Application Programming model provides a perfect vehicle to combine different technologies. The Microsoft Graph, together hopefully with the SAP Graph at some point in time, will give developers an easy access to data from both SAP and Microsoft. Just take a look at our tutorial from last year where we showed how to embed Microsoft data in an SAP UI5 application.

This integration is where the real value is. I was again very happy to have a session about Single-Sign and integration at TechEd. After the first run I was actually a little surprised when SAP asked us to repeat our integration session where we had shown how Single Sign-On with SucessFactors  and Azure Active Directory is the starting point and can lay out the foundation for much more integration. 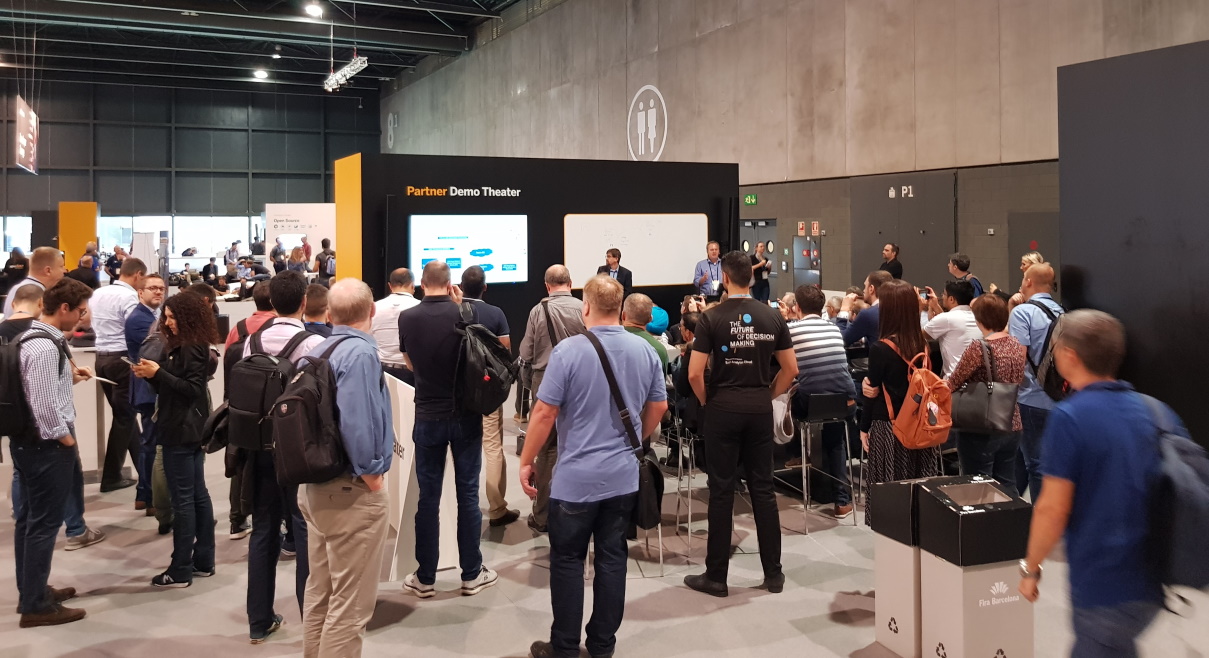 I had the opportunity to discuss some of these aspects with a lot of customers and during these discussion I not only learned a lot, but also got inspired to look into even more integration topics.

So coming back to the trust and long-term relationship. Pictures say more than words 🙂 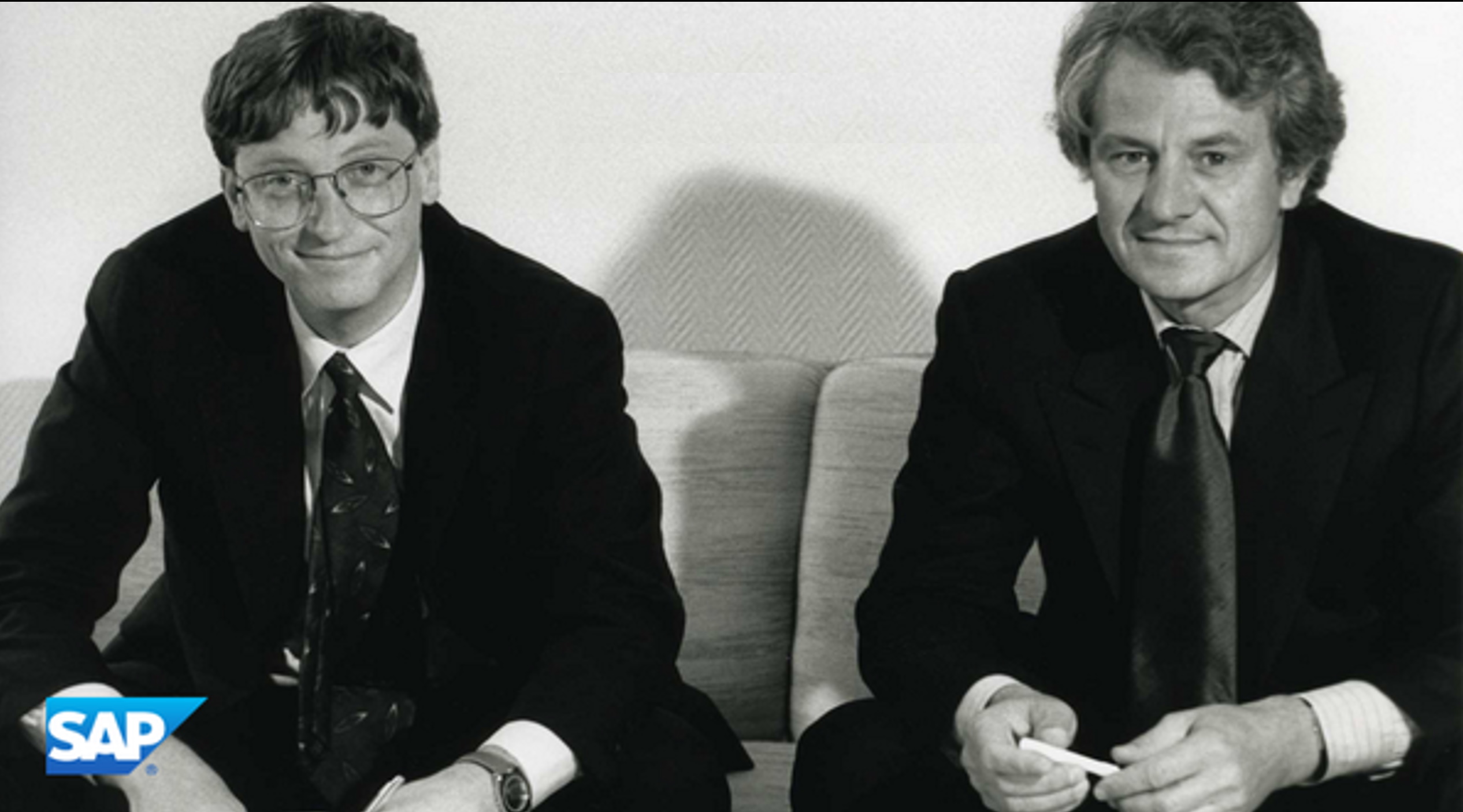 The Developer Garage rocks! Seems like you had some valuable discussions at SAP TechEd. 🙂