Back to Barcelona — the Horror, the Horror (SAP TechEd recap, final day)

Why is this man smiling? 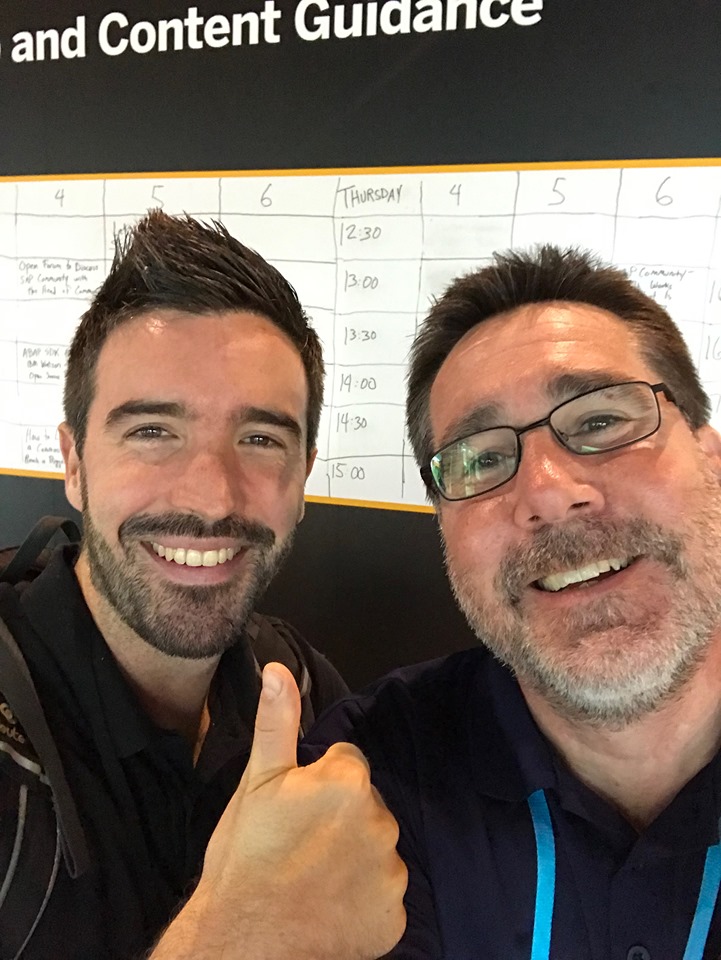 He (and by he, I mean me) is also smiling because he scheduled thirteen “unconference” meetups for Thursday the 10th (the last day of the show). The number feels appropriate, considering that the final session was “What’s Your Favorite Scary Movie?”

Wanna guess who scheduled this unconference? 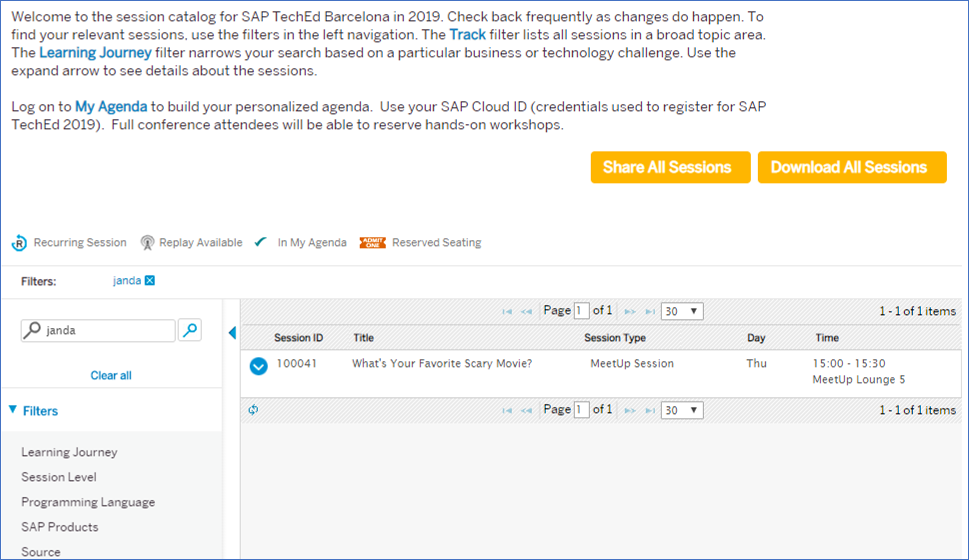 Yeah. I did. I mean…as I noted in the day 2 recap, what else could I possibly talk about?

I reserved my own desk and everything. That’s gotta be the most newsworthy event coming out of SAP on Thursday, October 10…right? (This is a close second, I guess.) 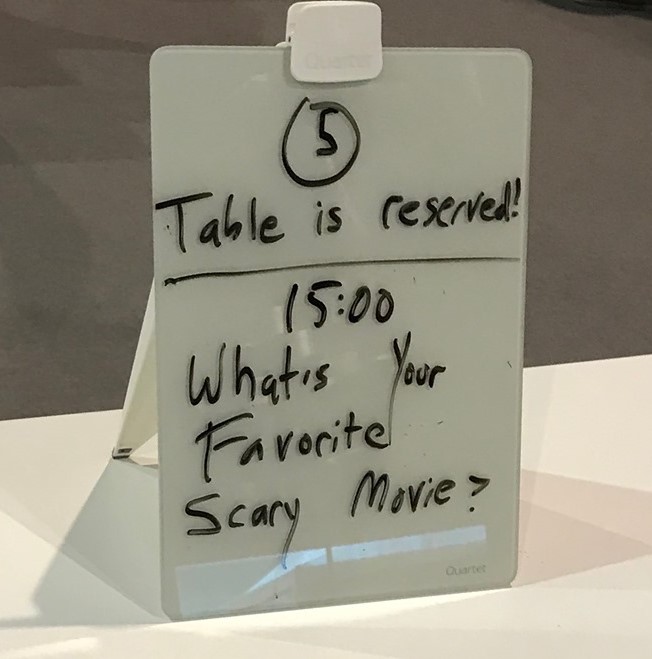 Two people showed up for the meetup — one of whom was SAP Mentor Morten Wittrock — and the ensuing 30-minute conversation was one of my favorite moments of the week.

Rather than come out and say my favorite horror films, I showed pictures (two of the photos follow) to see if the meetup participants could identify the directors who made these films, then I explained which of their work impressed me most. Morten knew ’em all, and even shared my love for several of the films.

Since we’re weeks away from Halloween, let’s make this fun. In the comments, let me know if you recognize any of these directors and, if you do, try to guess which film from each made my list of favorite scary movies. (I’ll leave some hints in the photo captions.) Even if you don’t guess, feel free to mention some of your favorites in the comments. I’ll cross-promote in the Movie Mania Coffee Corner discussion and if this blog post turns into a Halloween/horror conversation, that’s fine by me… 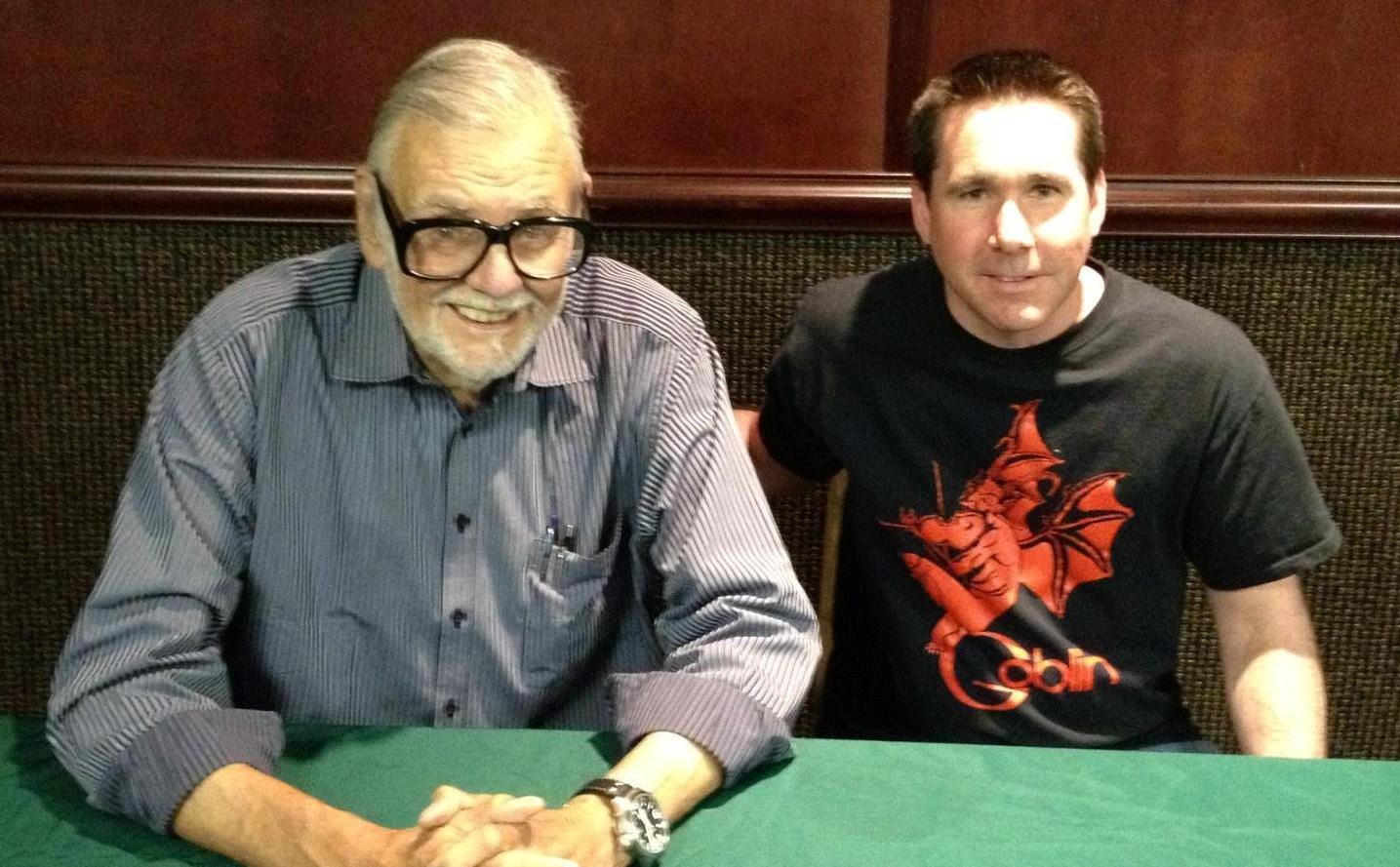 This horror legend (I mean the one on the left) passed in 2017, but his legacy will live longer than the monsters in the horror genre he helped define in 1968 (although it’s the sequel to that 1968 film that made my list). 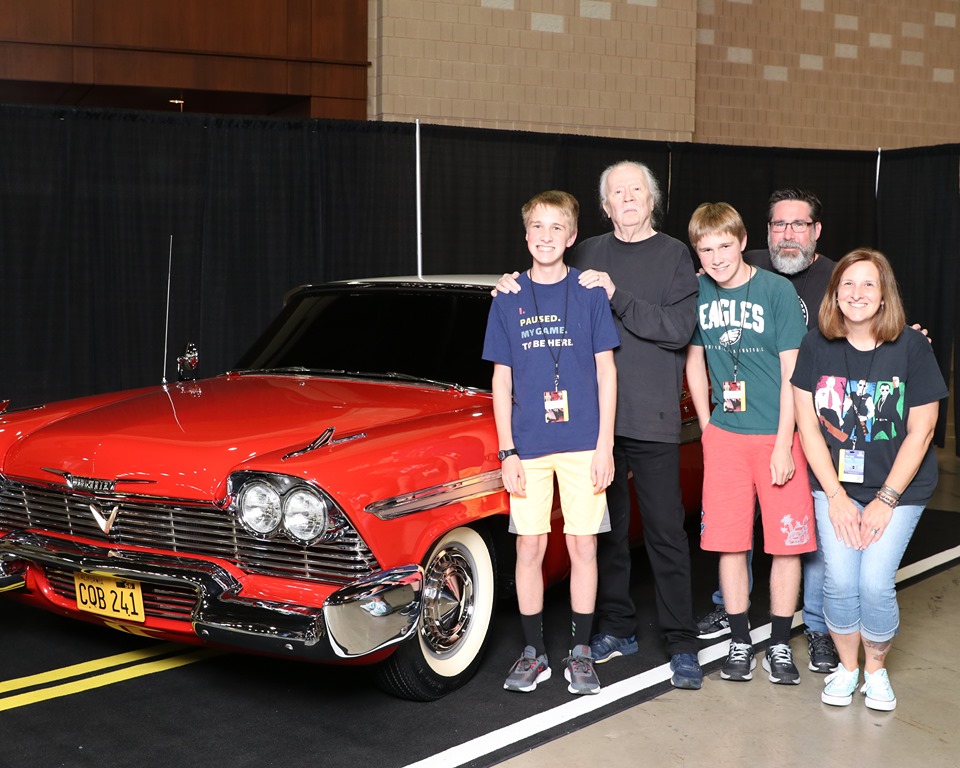 Pictured: an iconic horror director (no, not me), my family, and a killer car. The killer car appears in a film that the director did immediately after making my all-time favorite horror film (a box-office disaster that almost ruined his career).

The other gentleman joining Morten and me was not a horror fan (and he’s new to SAP, so he’s not on SAP Community…yet…so I can’t @mention him), so he came to the discussion looking for recommendations — as he said that he found that most horror films are bad. (And as a fan, I have to admit he’s right, but I’m probably taking up too much of a TechEd recap with horror talk, so I’ll table that conversation for another day.) In the end, both Morten and I recommended that he watch Dario Argento’s masterpiece “Suspiria.” (I’d link to a trailer, but none of them is safe for work, and if you don’t like horror films or are squeamish, I wouldn’t recommend that you seek it out.) Between Dario’s lighting/color and Goblin’s incredible soundtrack (did you notice my Goblin shirt a couple pics back? 🙂 ), “Suspiria” is one of the most unique cinematic experiences ever unleashed…although certainly not for the faint of heart (or weak of stomach).

Things we didn’t discuss: glitter vampires and characters heavily reliant on their hands. (With apologies to Craig Cmehil, Mynyna Chau, and Kim Mecca.) 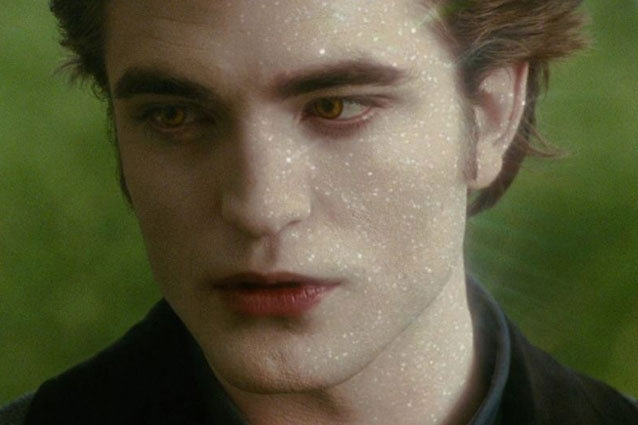 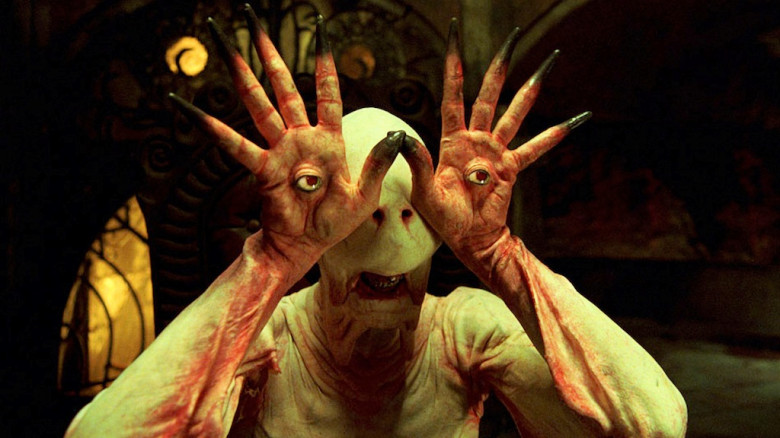 While you may find it odd that I chose to talk about horror films at SAP TechEd (although it would only seem odd if you didn’t already know how odd I am), the “unconference” format really did allow attendees to explore all kinds of topics. SAP Champion and former Member of the Month Bärbel Winkler held a lively meetup called “Let’s Talk Climate Science in Order to End Climate Silence,” filling a table with people eager to discuss this important topic. (You can read her blog post to get more details about her meetup, and while I wouldn’t say I “made” her do it, I’m glad that my strong encouragement led to such a successful session.) 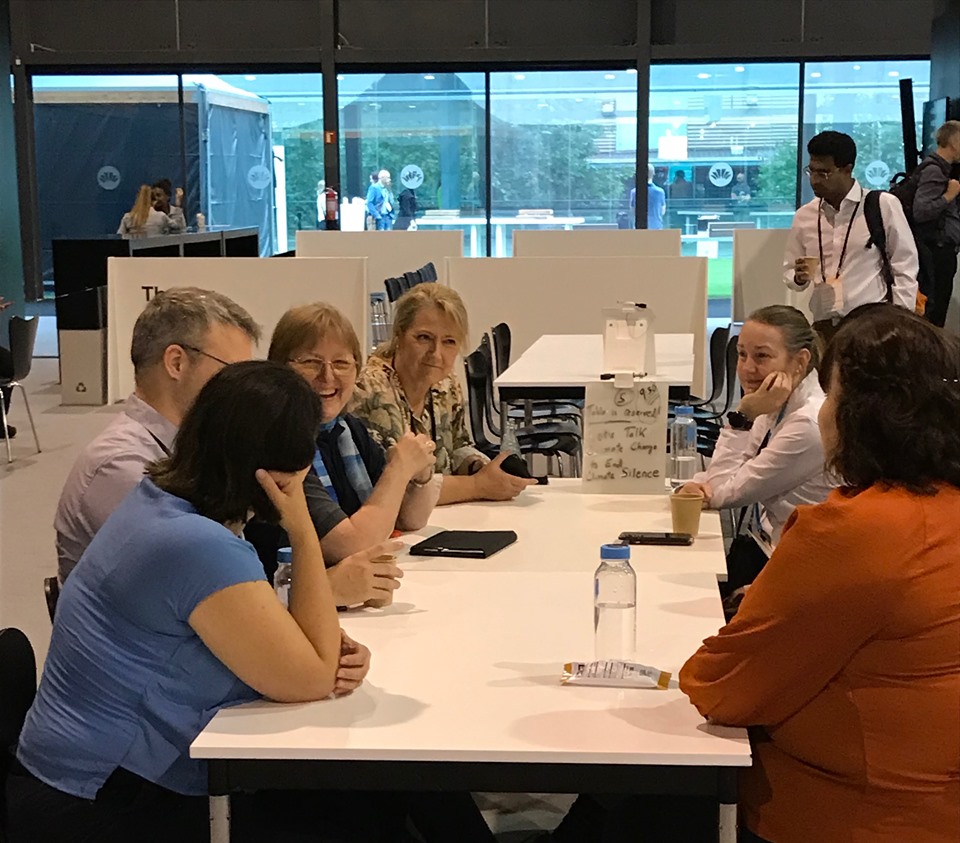 Another session that was non-technical (technically speaking) was Craig’s repeat of his Vegas “unconference” meetup, “Open Forum to Discuss SAP Community with the Head of the Community.”

Yes, that’s me sitting to Craig’s left in the picture below. No, I wasn’t photobombing him. I was there in a strictly professional capacity, listening to the feedback from Community members. (I probably should have recommended changing the session to “Open Forum to Discuss SAP Community with the Head of the Community and That Other Guy Who Really Likes Horror Films from the Community”…but it likely would have exceeded the permissible character count for meetup titles.) 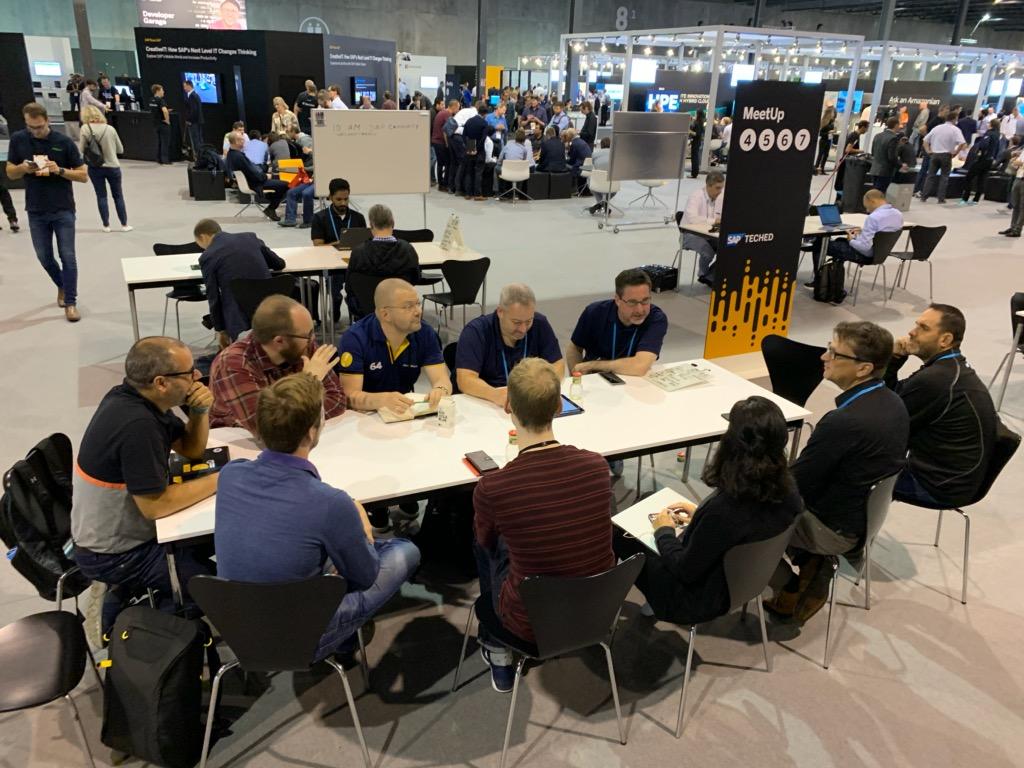 Not surprisingly, the rest of the “unconference” schedule was indeed full of meetups dedicated to the topics you would expect at SAP TechEd. The biggest hit was unquestionably the “Extending ABAP in Eclipse” session led by SAP Champions Łukasz Pęgiel and Andreas Gautsch. I think this picture speaks for itself… 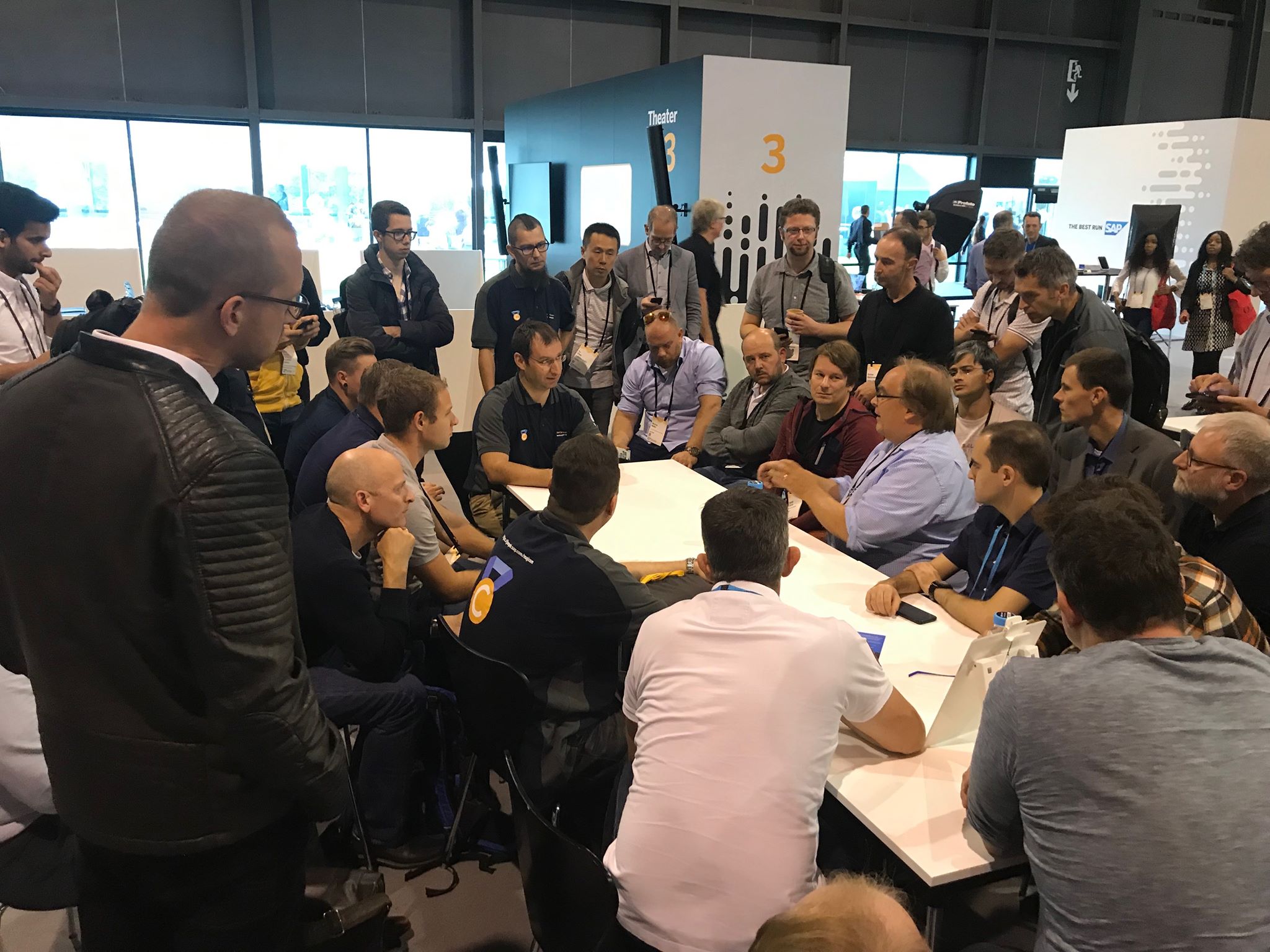 Actually, know what speaks even louder than that? This tweet. Just look at my goofy grin at the very beginning of the clip — the kind of dopey smile that blatantly says, “Yeah, this whole meetup idea is a success.”

And speaking of success…I’d say the whole Developer Garage (of which the Community Lounge — home of the unconferences — was part) was a hit. Granted, I rarely strayed further from my walk from the meetup desk to the meetup tables, but when I could wander around, I noticed crowds for the Community Theater/Innovation Talks, Learning Zone, Open Source Bar, headshot photographer, Code Reviews/CodeJams, partner booths, and App Space. In fact, completed tutorials (available at the App Space) topped Vegas’s numbers — by more than four hundred! 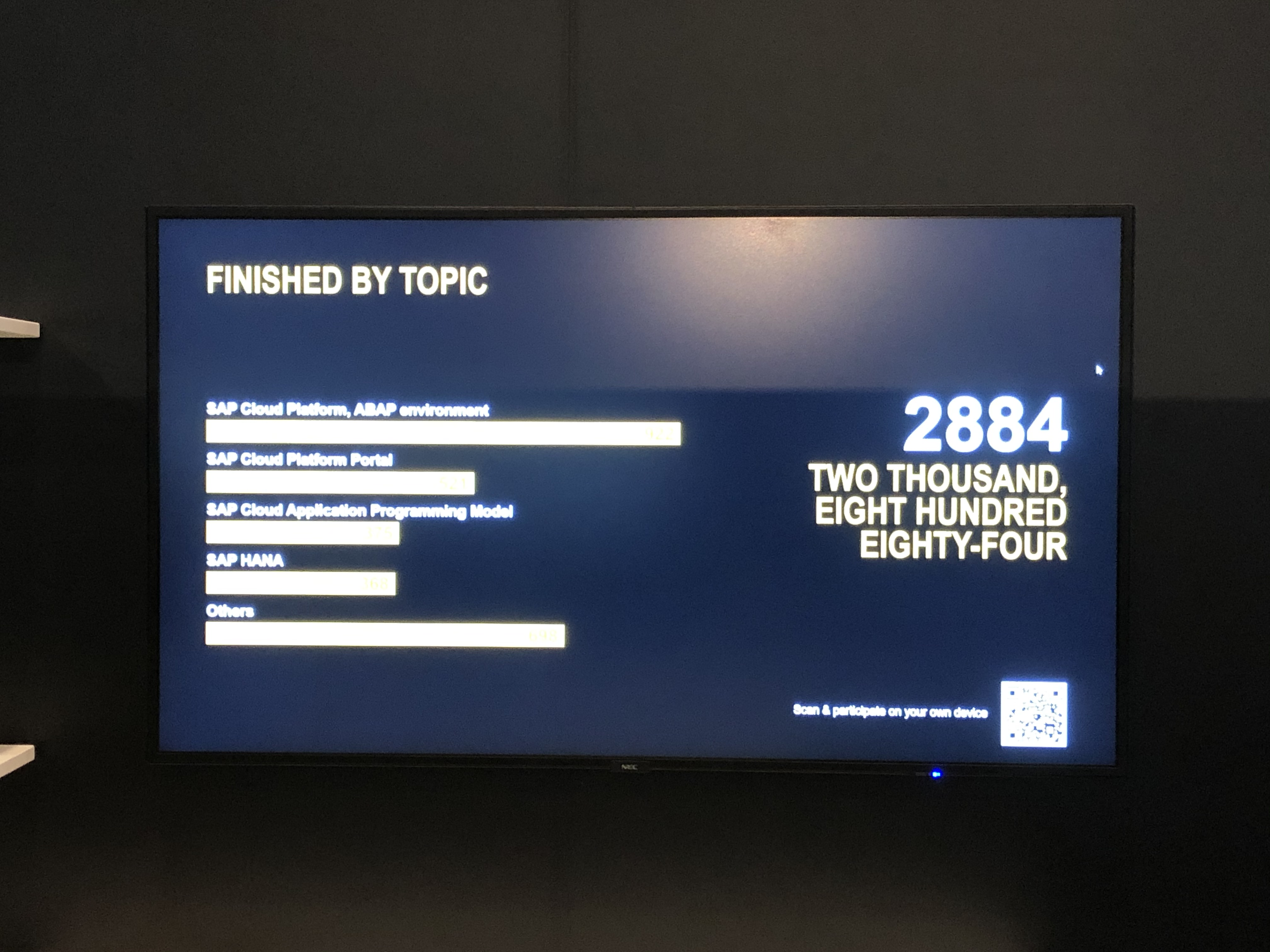 Aw, heck, I could write more, but why break my tradition of relying on Craig’s show videos? Here’s his final preview from Barcelona.

As Craig said, the meetups area was where Community was coming alive. Except in the case of my meetup. That’s where the Community was becoming…*thunder crashes*…undead!

Sorry, I haven’t been quite myself since getting back from Spain. It all started when that guy bit me in the airport… 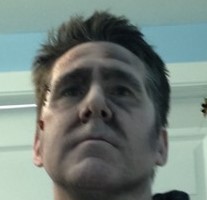 Besides that, all and all, a good week. I was thrilled to help keep the unconferences going (building on the initial work done by Audrey Stevenson in Vegas), and I hope I’ll be part of them in 2020…when we can see how well we visualized the future with our predictions in 2019. 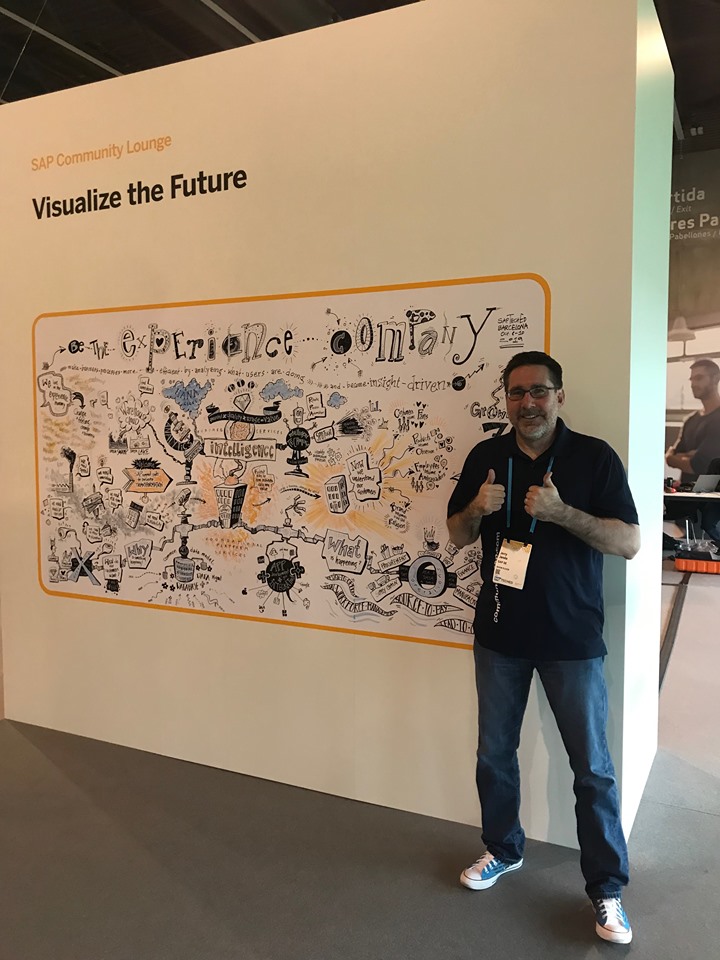 Thanks for the write-up and mention, Jerry!

Looks like BCN attendees took to unconference meetups like fish to water! I'm glad they took advantage of such a great opportunity to connect with other conference-goers.