AbapTurtle – make something pretty in abap (and possibly win prizes!)

In order for our legacy to continue, we should be thinking about raising the next generation of ABAP programmers. In my experience, talent can easily be attracted by using shiny or colorful things.

Turtle graphics are a popular method of visual programming. If only we had something like this in ABAP! Well, we do now. 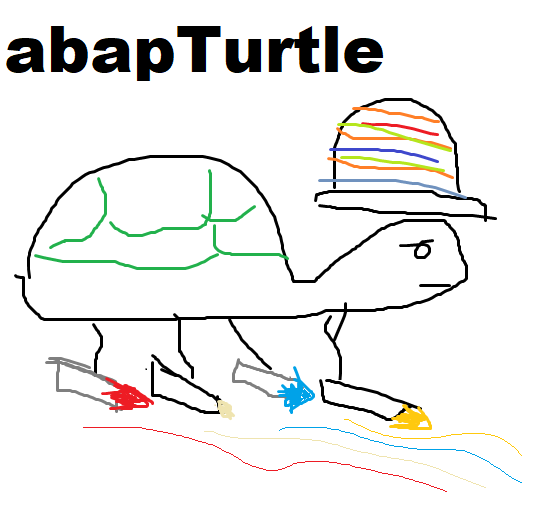 Note that the library does not actually have an animated turtle. It just generates the resulting image as an svg and shows it in a browser window. The advantage of this approach is that no turtles were harmed or even present during the making of abapTurtle.

The library offers the classic turtle movement instructions forward, back, right and left which are all you really need (well, also some loops).

For example, to draw a square: 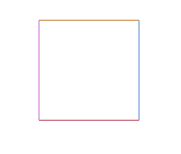 Or something more complicated: 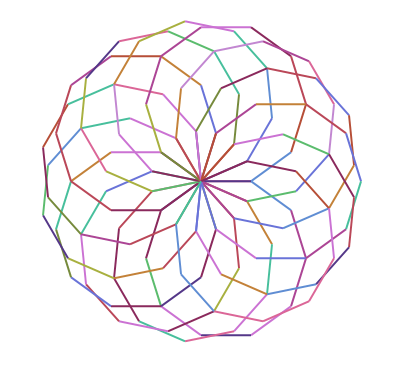 A random color is chosen for each line. This behavior as well as the colors are customizable.

If you compare the image above with the abapTurtle logo, you can clearly see that abapTurtle is easily capable of outperforming estabilished competing tools such as mspaint.

You can also directly generate svg shapes such as lines, polygons or text without having to move the turtle.

Look at the readme to see what else is available.

Define an initial state, a number of iterations and a set of replacement rules which will be applied in each iteration. Finally, the symbols are translated into instructions and executed.

This is not exactly hard to use because you can just try some parameters at random and check the results.

Using this method, you can generate complex images very easily: 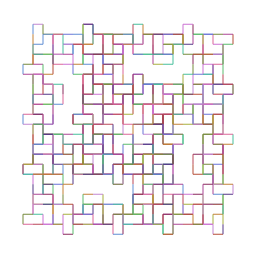 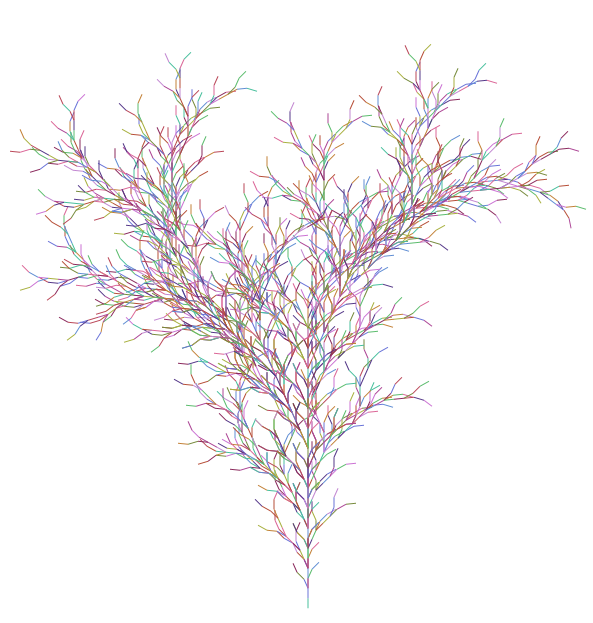 To promote our engineering culture as well as to get people to make something nice in ABAP for once, I am announcing a contest for the best picture created using abapTurtle.

I will personally make sure that the winner receives a framed picture of their submission as well as an empty bottle of wine with the label SAP Product Engineering, which I unfortunately drank before I got this idea.

Nice. I am now thinking about an abap Scheme based TurtleScript wrapper.

Then we can make a TurtleStudio IDE and just rewrite everything using turtles. Finally some motivation to learn lisp!

I see there is a Racket implementation to target.

If you do it, and if it’s pedagogic enough, I would love to try it, to learn Scheme/Lisp (at least the basis).

EDIT: hmmm... after reading your git Scheme home page (nicely written and presented), forget it, too much new concepts to learn, I think that would kill me 😀

Oh, do not worry, the concepts are really old

Understanding them is fun. You will be writting your own interpreter in no time…