It is not the first time, that I have been travelling from Germany to Spain by train, but it was the first time on business. As many colleagues got interested in this sustainable and relaxing way of travelling for business purpose, I would like to share some facts and thoughts about long distance train rides in a blog. 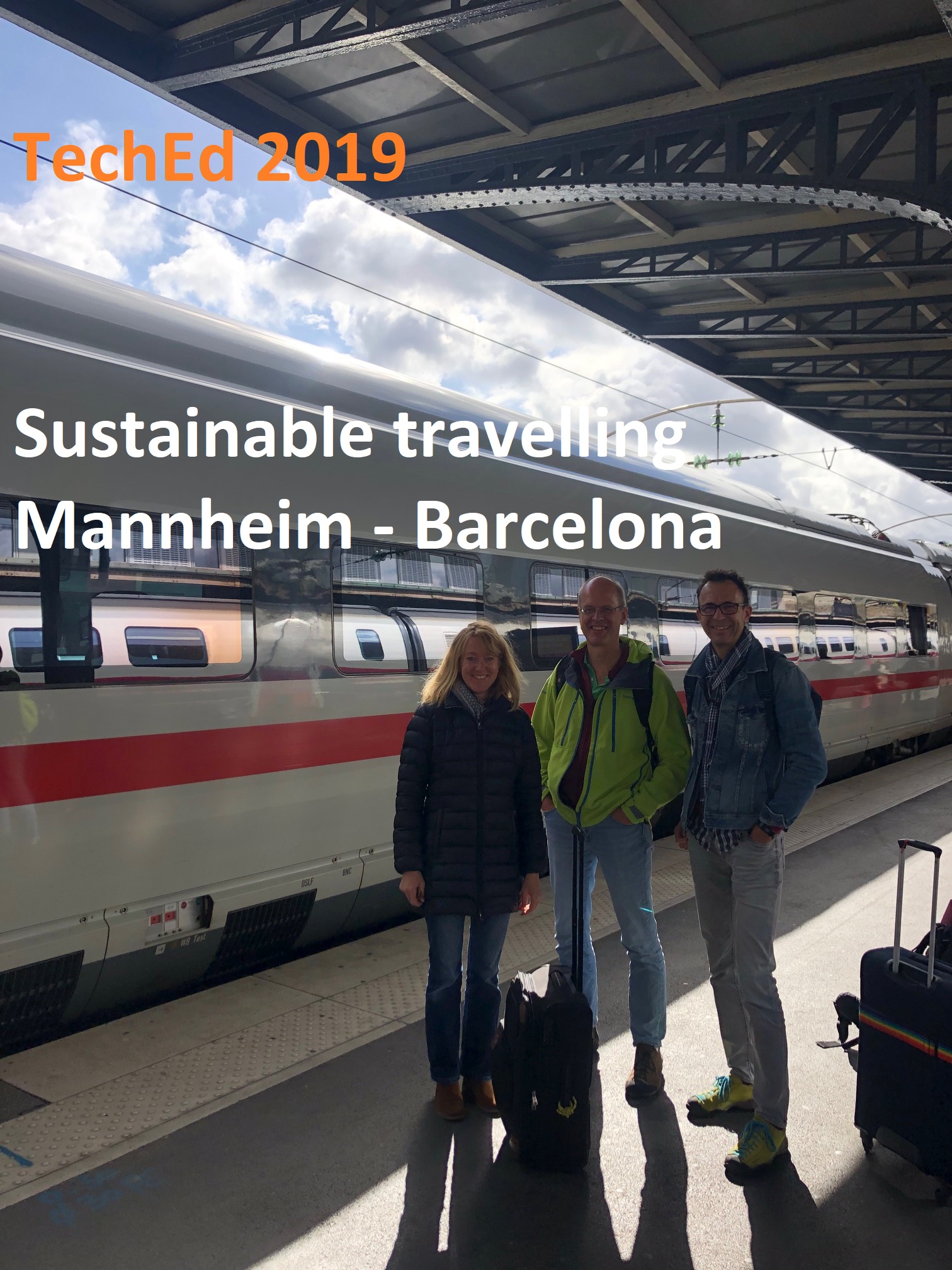 What are the hard facts, when you compare a trip from Mannheim to Barcelona by train as compared to airplane:

The overall cost really depends on your individual ticket – while I paid 250 EUR for a round trip first class ticket, other colleagues travelling with the same train and booking in the same week paid roughly 500 EUR or even 700 EUR. Flying would rarely cost less than 250 EUR, so in my case, it was cheaper than flying. If considering the cost for taking a plane, you have to add the extra costs to reach the airport, of course.

Yes, it takes slightly longer to take the train from Germany to Barcelona. From home to hotel it was 12 hours in my case. Train schedule Barcelona – Mannheim is 9:25 a.m. to 20:17 p.m. to be exact and vice versa similar times. Flying, it would have taken me 6-7 hours depending on traffic on the roads to the airports. BUT: I could work 8 hours straight from the train and relax reading a book on top!

There is no direct train from Germany to Spain – but you only have to change trains in Paris. This includes changing train stations and taking the metro (15-20 min) or walking (4 km).

That is the tricky part of the game, as the German railway (Deutsche Bahn) does not offer a purchase option to Spain via their Internet portal www.bahn.de. You can only buy a ticket through the French railway operator SNCF www.sncf.fr. The internal SAP travel system does not offer any options for booking the train ticket either.

airplane: 0.4 t versus train: 0.03 t or less, depending on which energy the train is consuming.

My personal experience was very positive overall, if you ignore the fact, that reaching the nearby Mannheim train station with a local train from where I live requires extra buffer time, and hanging around at train stations is never fun. As delays are frequent with German Trains you should not just take the best option timewise for the local connections. Also, it was a bit tricky with changing train stations in Paris, as the queue for purchasing the Metro ticket was unexpectedly long and it took me more than 20 min to get the ticket!!!

Enjoying the sceneries of the Pyrenees, the marshes of the Camargue and the beautiful landscapes of the other regions while crossing France made up for the little inconveniences mentionned above. It feels more like going on vacation as like going to work

As the colleague, who was co-presenting with me at TechEd, also took the train to Barcelona, we could prepare our talk during the ride and with the Internet connection on the train, I got a whole bunch of work done while travelling. Last but not least – carbon footprint is an issue these days and was a big motivation factor to choose the train option instead of the airplane!

Great initiative, Ulrike There are more looking forward to Shinkansen-type travel in Europe!

Maybe next year, SAP can book a coach and turn it into a geek cruise? TechEd by Train? I am sure SAP IT can get some decent WiFi on board.

We need a bit of patience, though. Today, to go from Amsterdam to Barcelona, you have to take the metro in Paris to change from Gare du Nord to Gare du Lyon! Crazy | c’est fou | es ist verrückt !

€ 250 indeed seems like a reasonable price. Flight with taxi/parking is almost always more. Note that you can still get an interrail/eurrail pass for € 282 for 3 days travel in one month (and feel like a teenager again)

Interesting idea to use the interrail ticket. Never thought of it the last 30 years 😉

Thanks for your comment, Denys and the tipp with the Interrail tickets. Another Good Portal, if looking for better price tickets including connections between European cities is: https://bahn.ltur.com/de

Ulrike...Thanks for sharing! We should start thinking more on the different options and not to choose the easiest way.