To read what happened earlier, please check the prologue, Tuesday‘s and Wednesday‘s posts. For the TL;DR version click here.

I took it fairly slow on Thursday morning with breakfast and checking-out of the hotel. I made it to Hall 8 by around 8:30 as I didn‘t have any early sessions of interest for me in my agenda. The Showfloor didn‘t open until 9 o‘clock so I used the „free time“ to work on my blog posts.

When the doors opened to the Showfloor, I walked around for a bit and then checked in with Jerry Janda at his booth to let him know that I was there for my meet-up session „To talk climate science in order to end climate silence“ (inspired by my similarly named discussion in Coffee Corner). Although I had read Jerry’s blog post about these neat sessions, I hadn‘t been aware that they could be about (almost) any topic and didn‘t need to be technical in nature. While chatting with Jerry on Tuesday or Wednesday, he mentioned that I could do one related to climate change and with that he – obviously! – had me hooked and he could fill another slot on his whiteboard. 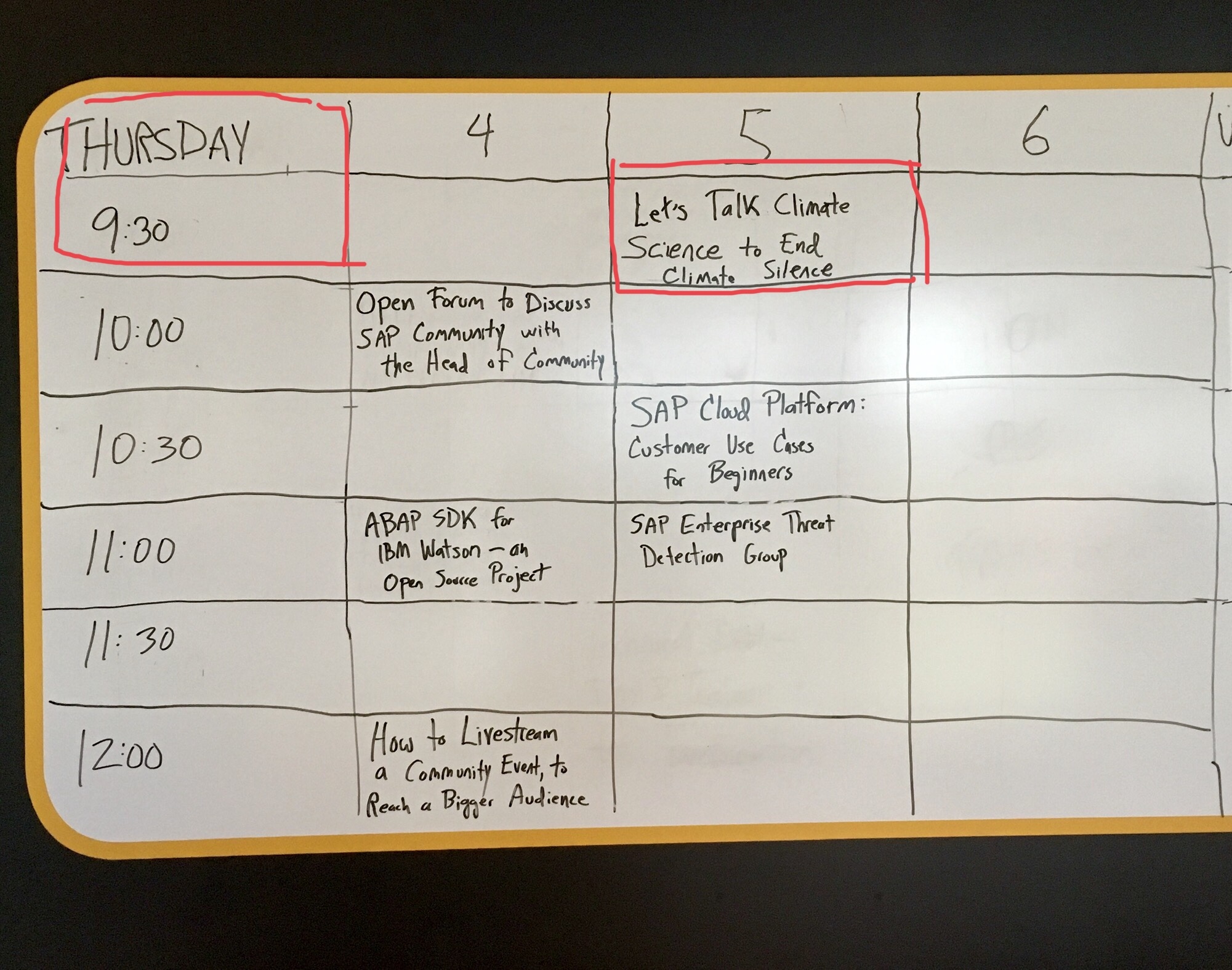 I didn‘t really know if anybody would show up for a climate chat at 9:30 in the morning, so I was relieved once the first people showed up and that we ended up with a full table of 8 to talk a bit about climate change, I started by explaining why I‘m deeply involved with the topic and we then touched on a couple of items In the 30 minutes we had available:

I‘m really glad, that Jerry made me do this session and that he snapped a picture of the meet-up: 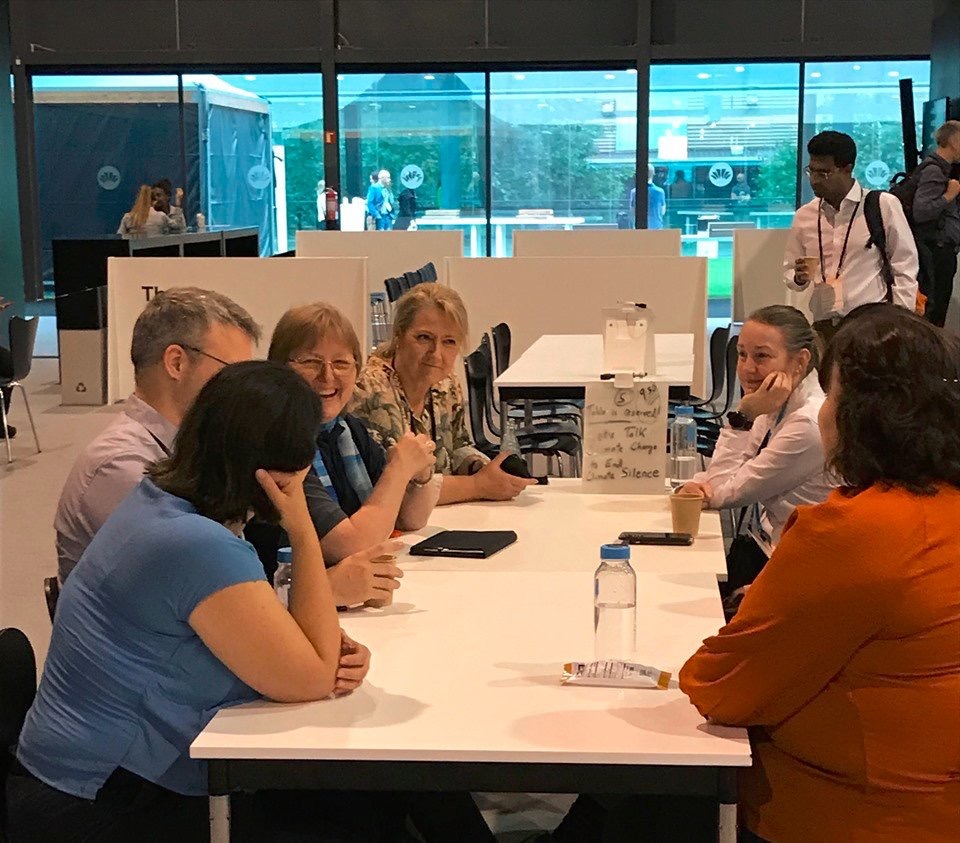 Shortly after the meetup it was time for me to head to my third and final hands-on session, DevOps with ABAP in Action (CAA379) with Ulrich Auer and Patrick Schmidt. For this session, I again teamed up with Łukasz Pęgiel who had a lot more experience than myself with tools like GIT. The session was interesting and even though we didn‘t manage to get through all of the exercises, I think I now at least grasp what DevOps is all about – and that it‘s most likely not something we‘ll be using anytime soon in our complex development and system landscape! 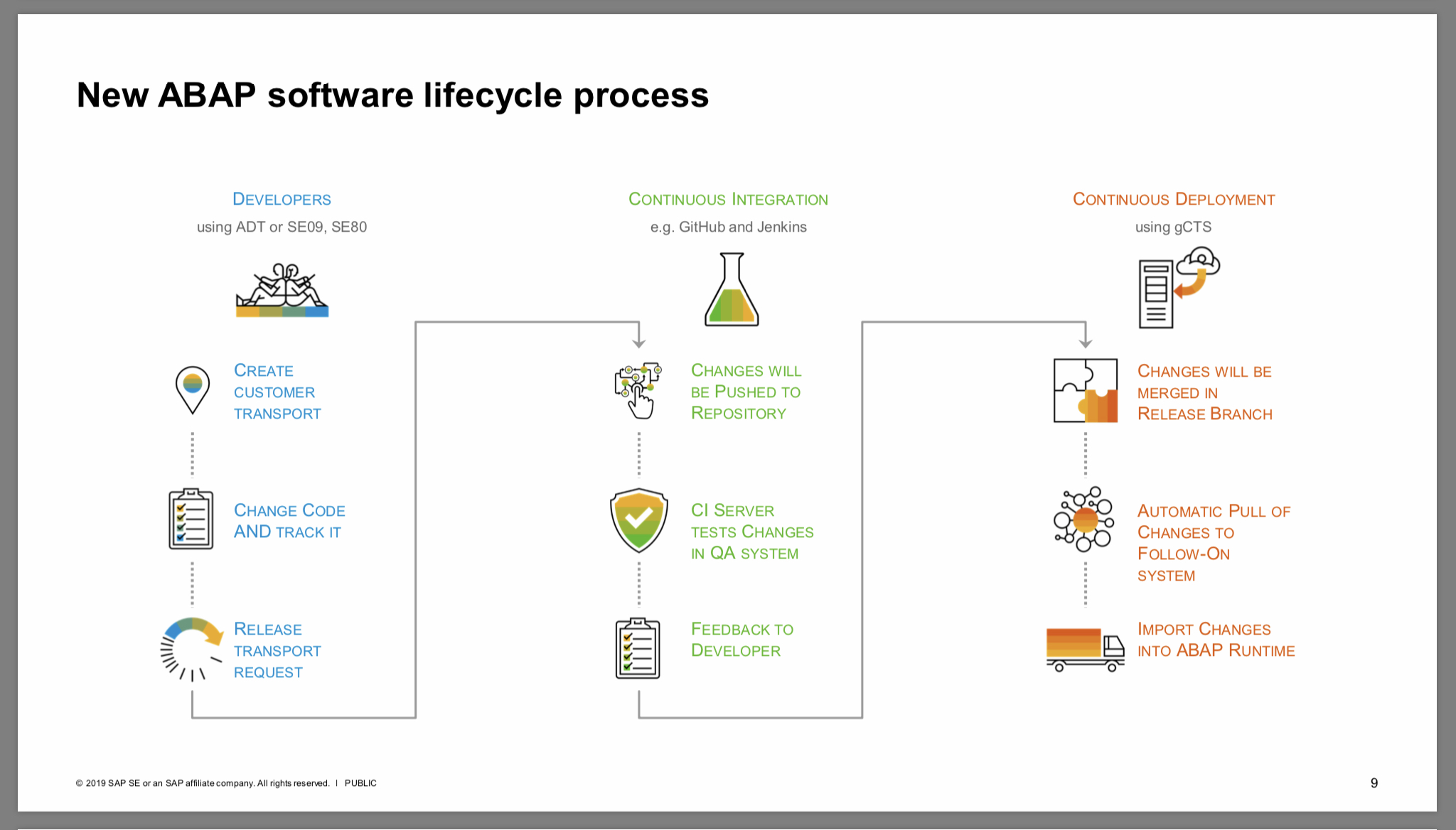 After the session, Lukasz and I went up to the Showfloor and the SAP Community Influencer room in order to meet the other SAP Champions (still) in Barcelona for a group shot, something we had tried to arrange on short notice. Unfortunately not everybody got the message in time so some folks are missing: 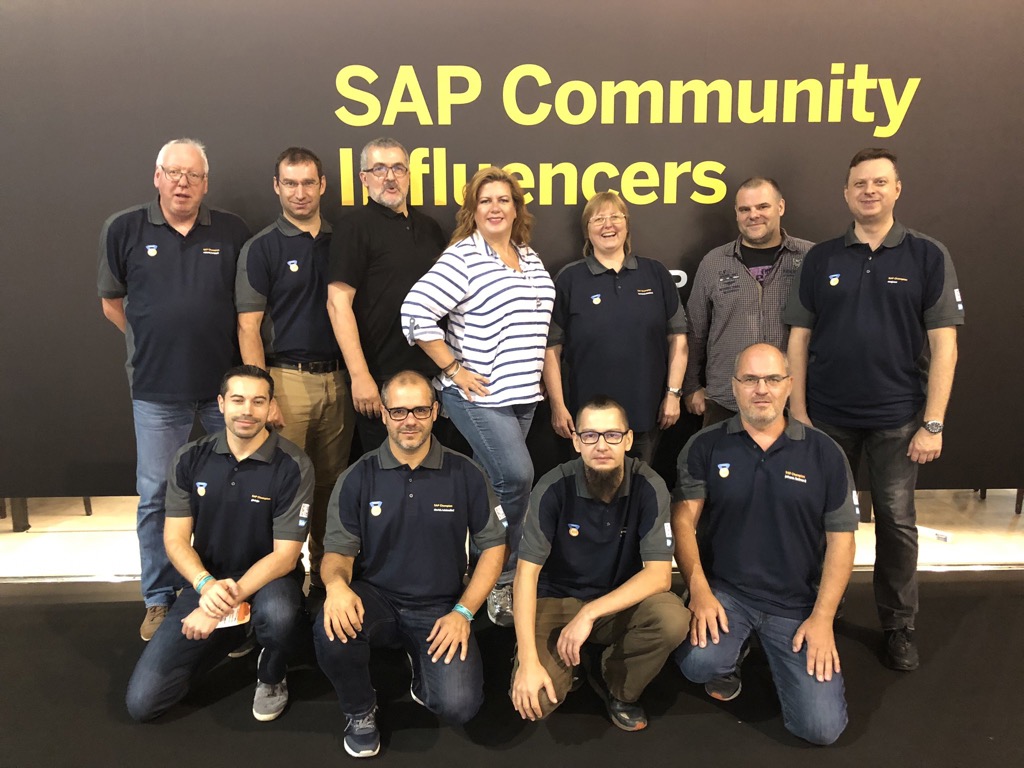 It was time for lunch, so I looked for something to munch on which is usually not too difficult as at least some finger food was readily available almost all the time somewhere. I wasn‘t really lucky right then and there but eventually found a bite or two to eat before briefly joining the SAP Champions TechEd wrap-up meeting at half past two. Unfortunately, I couldn‘t stay long as I had to catch a taxi to the Barcelona Sants railway station in order to get on my train back to Malaga (didn‘t really want to risk a repeat of missing a train by 5 minutes as I did on Monday on my way to Barcelona!). So, I said my farewells at a quarter to three and waiting for the train to leave about an hour later. 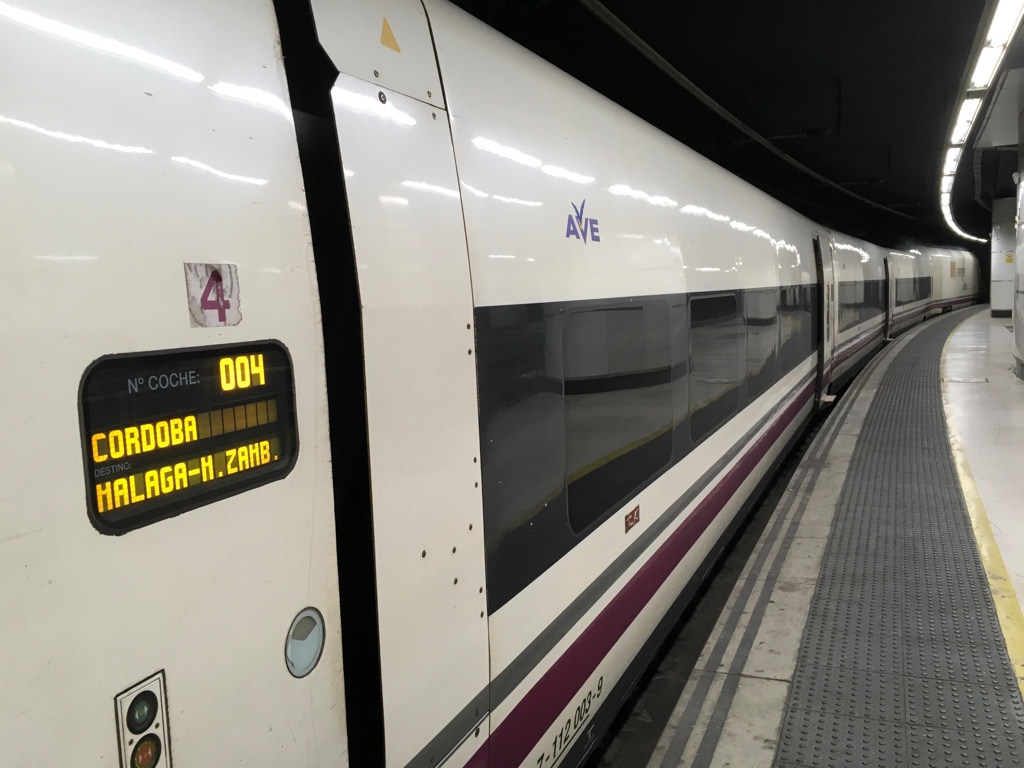 After three eventful days in Barcelona, it was time to resume my vacation at the Costa del Sol – even if only for another day before heading home to Germany on Saturday and back to work on Monday. I‘ll then have quite some stuff to look at again in more detail and am happy for the reminders I have now „embedded“ in this series of blog posts.

Thanks to everybody who made this the memorable event it was for me!

Nice one.. missed your topic.. did you also talk about having glas bottles all around teched which where then still thrown into the garbage… that is a point I really did not understand. It would be so easy to just put some crates everywhere to really do not add waste

Thanks, Florian. There was only so much we could chat about in the 30 minutes we had available, so that particular topic wasn't one of them.

But, just because the bottles ended up in the bins throughout the convention center doesn't necessarily mean that they were actually thrown away. Perhaps it was the simplest way to first collect all the trash? They after all have this statement on the Sustainability page for TechEd:

"Waste Separation. Waste separation is done during all the rubbish collection."

Mhh... still doesn't make sense to me... collect the garbage and let people work through to seperate it afterwards when we could just put several boxes there...

anyway, maybe we're lucky and the Teched-Team will take care that next year there is an improvement.

I agree it seems inefficient. But "single stream" is actually becoming more and more the way recyclers prefer to go.  Because not everyone can be bothered to strictly adhere to putting things in the right bins, the companies wind up just having to sort it all anyway.  Irrespective of that, glass, even if it does pass through the system, will do less damage in the ocean or the ground than plastic.

I'm curious; Did you guys happen to pick up and use the water bottle and "Fill it Forward" app?

As a speaker I did not receive a bottle. Saw a lot using the bottle during event, but cannot say how much also used the app besides.

Just like Florian, I didn't get a bottle initially - but, I asked on the last day if they still had some available and was able to get one then. I had already picked up a tag earlier and put it on my own bottle which I - now that I'm back in the office - scan whenever I refill it.

For more about climate science, please check the information about my SAP Community Call titled "Taking on fake news about climate change"