This blog has a title which will be rebranded anytime

This is a blog to express my opinion but to remember some old and new facts about SAP rebranding stategy. But if I were asked why SAP changes the names of its product quite frequently I would answer that sometimes changes are needed.

I wanted to blog about this topic at least   2 years ago. The thing about blogging now is that I have at least more 7 or 8 examples of products which had their name rebranded.

SAP rebranding its products is not a new practice. Of course there are very good reasons to give a new name to a solution. Maybe the architecture changed a lot, maybe there is a try to avoid confusion, maybe there is a good marketing reason or maybe there was an aquisition and removing the name of the acquired company name just makes sense. The fact is that even Hasso Plattner admitted that “its branding strategy confused customers and prevented staff from feeling like part of a team.”

Below you can find a list of products, technologies, libraries, services and other stuff which were rebranded by SAP anytime in the past.

The existing name Open SQL has been changed to ABAP SQL. This renaming reflects that some parts of ABAP SQL now only support certain database platforms, specifically SAP HANA database, and hence that it is no longer fully platform-independent.

After almost 3 years of rebranding HANA Cloud Platform to SAP Cloud Platform, there are many customers reffering to it as “HCP”. Also, it’s possible to see some confusion in the community about the new Acronym: SCP? SAP CP? CP?

What should you do to avoid negative SEO impacts when there is a name change? Simple: Just add the new and the former name in the title of your blog post.

OK OK. HANA Extended Serviced Advanced works quite different than HANA XS. However, the explanation about the difference between the two are still needed.

On it’s early days, SAP BUILD was known as Splash while only the prototyping tool inside it was “SAP BUILD”. Did you understand? No? Probably nor anyone else at that time.

Apart from the name, Splash / BUILD had at least three different logos and transitioned from a OSS to a cloud based offering part of SAP Cloud Platform.

On its early days SAPUI5 was known as “UI development toolkit for HTML5”. Still, this long name can be found in many official documentations while everyone knows it by UI5.

I ask myself it is still considered the official name.

Here you will find the most detailed reason for a name change, by Timo ELLIOTT.
Worth reading:

SAP Lumira: Why Did We Change Yet Another Perfectly Good BI Product Name?

If it does get to confusing just create a FAQ about the renaming:

Like it happened with SAP Cloud Platform, many people still reffer to our community as “SDN”. If you don’t want to tell people your age, just call it “SAP Community” – I agree that this change was needed as not everyone here is a developer

I decided to talk with SAP Conversational AI about that. 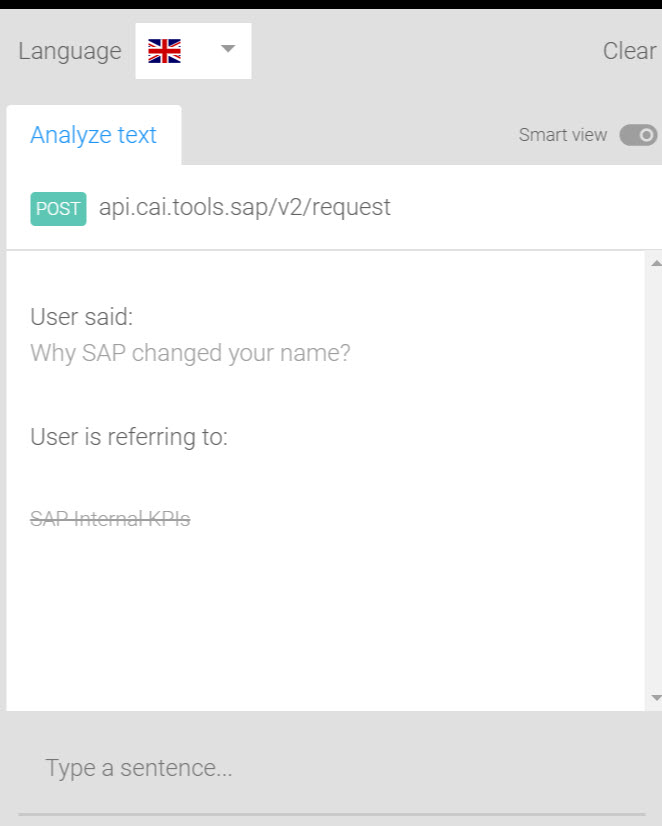 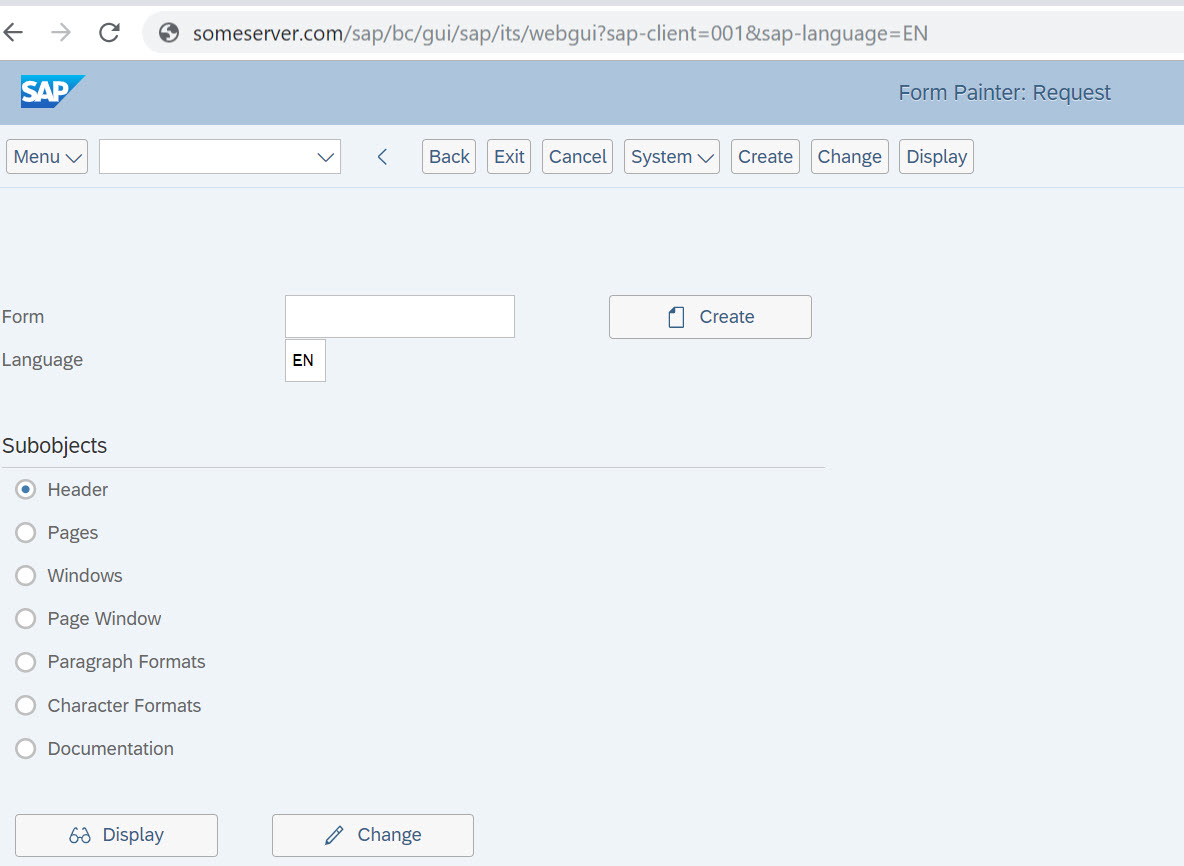 Because it wouldn’t make sense to connect the cloud with an on premise which usually is not a HANA database.

What is SAP C/4HANA and why should you care?

I expect comments here saying that “S/4 HANA is completely different than SAP ECC” and for each comment like that I will tell you “like ECC EHP 2 had more functionalities compared to EHP 1”.

Still in 2019 there are people who think S/4 is so different that it’s not even based on SAP Netweaver.

SAP Forum has been renamed to SAP Now

Do you like the new SAP logo? And do you know how it evolved in the past 4 decades?

Let’s not forget that even not engaged users have been renamed to “Former Member”.

Trust me: 90% of the list above was done without researching – As I’ve been working with SAP Technology since 2009, I remember most of them.

I hope this blog gets to the people responsible for giving new product names. Let’s just reflect before about the consequences of that change. This blog was written using a Windows 10, which is Windows since 1980’s. I’ve used Google Chrome 76, which is Google Chrome since its launch.

And I’m sure there are many others to add on that list. Do you remember any other name change done by SAP? Please comment below! Also, what change do you think was needed and which one was a bad move?

By the way, did I mentioned that I will rename this blog post?

Had a good chuckle about this blog, thanks.

BW (what many people still call it) -> BI

I'm a bit late to this conversation but yes, back in 2015 or so at SAPPHIRE I attended an XI/PI/PO session and we were told by an SAP presenter that PO meant something bad in German (I'll leave your imagination running wild), so SAP was going to rename it to SAP PRO. I haven't really followed that story further but I suspect that after a short stint as PRO it went back to PO because "SAP PRO" lends itself easily to all kinds of mockery and puns in English. People still call it PI though because "PO" means like 10,000 other things in SAP.

Thanks for the amusing list. Maybe we can add one more. After SAP renamed HANA Cloud Platform to SAP Cloud Platform, because the SCP doesn't contain HANA databases only, they now announced the "SAP HANA Cloud" (source), a cloud solution with multiple service/products around HANA.

So in the future, when someone refers to "a HANA cloud" you can decide on your own if he means the old "HANA Clout Platform" (HCP) or the new "SAP HANA Cloud"...

Another good one to mention is the SAP NFe.

It started as GRC NFE, then it became something like SAP Business Objects NFe, then SAP Electronic Invoicing for Brazil, now called as SAP NFE by SAP people, even though the whole market still refers to it as GRC.

This is a great example. Personally I still call it "GRC".

Apart from the fact that as you as many of the people reading this comments know that what GRC was intended to do as a platform has nothing to do with handling NFes.

Good idea to remember transactions which had their name changed.

SM12 has now a replacement which I cannot remember the name now.

Nothing SAP can be proud of.

I really did not know that MDM came from an acquisition.

Was this solution discontinued?

MDM was acquired because of it’s in memory technology back in 2004(!). Did you hear a faint HANA whisper?

SAP had an own ABAP based MDM solution with Version number 3.0(3.5?). Most probably the predecessor of today’s MDG. The acquired MDM is C++ based with a native Java API. Their most prominent reference customer was the GE webshop in 2004. Version number was 4.5 and named MDME, like MDM Extensions.

2005/6 the ABAP based MDM had been put to an halt much to the dismay of the concerned SAP employees. The C++ based MDME was renamed to MDM and advanced to Version numbers 5.0 and 5.5. Later on this MDM had been placed into the Netweaver package. The Version number advanced to the Netweaver number 7.1. Meanwhile many of the acquisition-ed employees left the company. The brilliant heads were gone.

In parallel the ABAP based MDG was created and a new true ABAP MDM bundle came to life with MDG being part of it. To reflect the difference the C++ based MDM was renamed to SAP NW MDM for Netweaver. While Netweaver will continue to exist beyond 2020, NW MDM will not. Support ends 2020.

The Rich Product Content Management scenario will completely die with it. SAP has no replacement for it. Much to our dismay, because we built heavily on it.

Thanks Manfred Klein for the explanation!

Thanks Dennis Padia for another good example.

I've heard of SAP Enable Now only after the new name.

BW has actually had millions of product name changes, It was BIW at one point (for Business Information Warehouse).

I like it when the marketing name changes but the transaction codes and technical program names naturally stay the same referring to the original name.

The absolute corker though was when SAP and Microsoft did the opposite. They had a product called DUET which enabled integration between the two platforms. After a while they gave up on that and it was discontinued. Then some years later they tried again with a totally different product, different in every single respect. They called that DUET as well.

Another fun fact - we know that many TCODES got replaced and had a "N" added e.g. VL01N, ME21N and so forth. In the conversion notes to S/4HANA one note lists replacement TCODES and says that VA25N is no longer available, use VA25 instead.

-> and the result: we now have two SAP Gateways with totally different meanings, well done SAP

Another fun fact is that 90% people I talk about SAP NetWeaver Gateway system (Front end system / FES / HUB /etc) refer to it as "Fiori System".

Excellent blog, Fabio! I blame the TechEd PTSD for missing it when it was published originally. But this blog will live forever anyway, just like SAP BASIS! 🙂

Just today I see it. Another very not fun rebranded is

Of course, there were minor improvements between the versions, but in the end, the product was the same.

Attention, here I am talking about the evolution of the FICO module in the Business Suite environment.

please update with the SAP Cloud Platform and SAP BTP 😀