Do I need a SAP Gateway Hub when using the ABAP RESTful Programming Model?

When I saw the question of whether “when the RESTful ABAP Programming Model (RAP) is rolled out, will there still be a central Gateway hub deployment model in place?” I thought it would be better to write a small blog rather than trying to answer in this detail in the Q&A section.

In short the answer is, yes, a central SAP Gateway Hub can still be in place if you want or have to use it.

In this blog you will also find a statement about the future direction. ” … SAP’s strategic direction is to evolve powerful alternatives for a SAP Fiori front-end server as a central hub or standalone server with a much lower TCO on customer-side.” In the newly updated document SAP Fiori Deployment Options and System Landscape Recommendations you will find the information that for SAP FES 2020 for S/4HANA it is planned that the SAP NetWeaver version must be SAP NetWeaver 7.52.

However , the root cause of the question was that it was not clear which role Service Definitions and Service Bindings play in a hub based deployment. For this we will have a look at a simple OData service using the un-managed scenario which is available as of SAP S/4HANA 1909 also on premise. In such a system we can nicely compare how service binding relates to the service activation using transaction /iwfnd/maint_service.

Please note:
In order to be able to use transaction /iwfnd/maint_service or the preview functionality in ADT SAP Gateway would have to be activated locally in your SAP S/4HANA Development system.

So we will take a look behind the scenes of the ABAP RESTful Programming Model.

The sample service is based on the following tutorial: Define and Expose a CDS-Based Travel Data Model

I here omitted the step to publish the service.

As you can see there is a push button called Activate which would activate a Local Service Endpoint. This already clearly shows what this button is meant for namely to publish the service locally in the development system.

In a SAP S/4HANA 1909 system we can still call the transaction /iwfnd/maint_service and we can select the service ZUI_C_TRAVEL_M_###, the service binding and publish it. 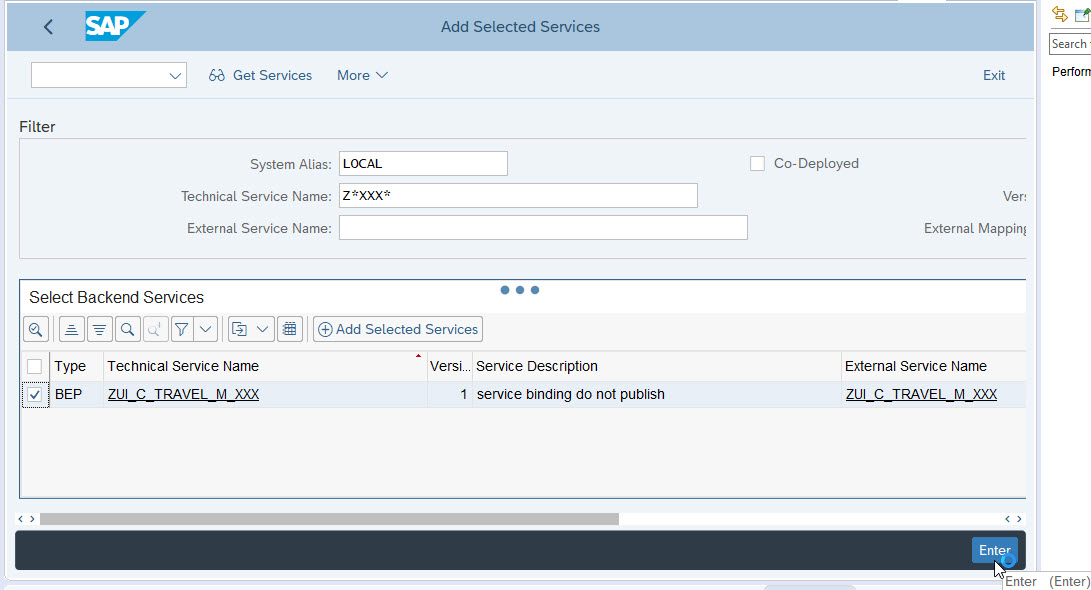 After getting the usual dialogs the service is activated (here locally on my SAP S/4HANA 1909 system).

If we now switch back to ABAP in Eclipse and refresh the tab where I have activated the Service Binding we see that the Local Service Endpoint is now active. 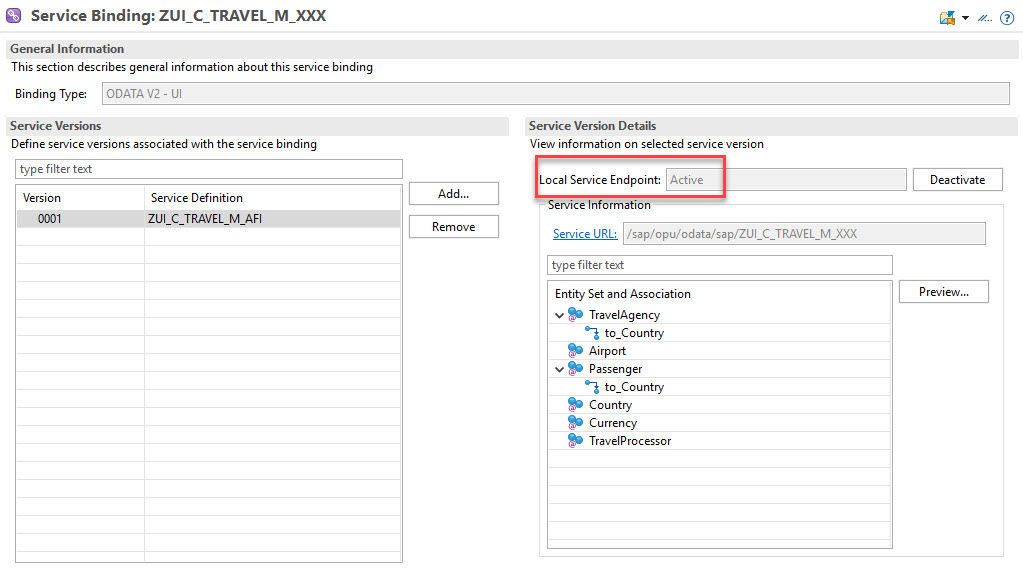 So the Service Binding does create the service in the backend. To publish it locally in your system you can use the Activate button provided in ABAP in Eclipse.

If you want to use this service in a hub based system you can still used transaction /iwfnd/maint_service.

Perfect, thanks for the clarification André.

So a mixed scenario would be possible, where, for example, Fiori apps consume local services and services which where called from outside (Internet) can be activated in the hub scenario.

.. and sorry for misspelling ARPM 😉

Andre, do you know when SAP will publish a HUB System with a state-of-the-art NetWeaver?
NetWeaver 7.52 (2017) is the latest version available for the Hub system.

there are currently no plans to ship a standalone version of the state-of-the-art ABAP stack which is for example used in a SAP S/4HANA 1909 system.

Because of this we are downporting parts of the SAP Gateway Framework down to 751 so that that SAP NetWeaver 751 and 752 can be used as the basis for a SAP Fiori Frontend Server for SAP S/4HANA.

I have a scenario  from eclipse it is not adding extra Z infront of the service and it does from /IWFDN/MAINT_SERVICES adding a Z infront of OData Service. so this is leading auths to have issues why does it behave like so.

Can you show screen shots or table entries showing your issue?

I have created the Application using SAP RAP and it is working fine in Development system. But when I transported to Quality system, there I can see the Service Binding in Eclipse but it is in unpublished state.

Do I need to perform any other task or any other way to activate or publish the SB.