My SAP TechEd adventure – Prologue: Getting to Barcelona

Taking a „break“ from my vacation in Nerja at Spain‘s Costa del Sol I boarded the regular bus to Malaga at 6:30 am on Monday Oct. 7. The scheduled arrival time was 8:00 at the train station – ample time to catch my train to Barcelona leaving at 8:35. Or so I thought! 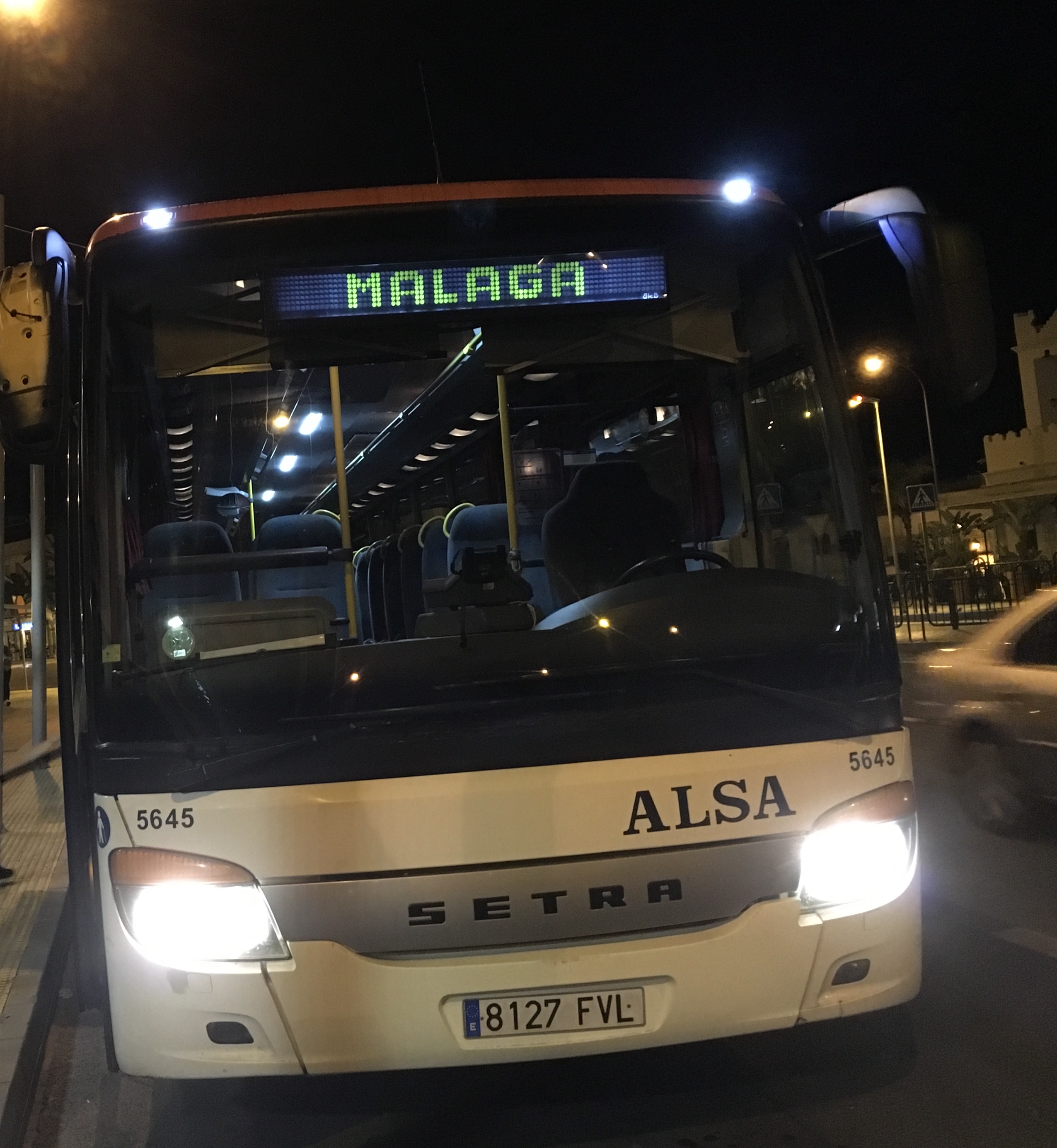 Things went well as long as we cruised along the road along the coast, picking up passengers in the towns and villages we passed through. Things went downhill, once we got onto the Autovia and into stop-and-go traffic and things didn‘t improve once we hit the outskirts of Malaga back on the costal road.

I started to track our „progress“ via Google maps and it became pretty clear that I would quite likely miss the train by a couple of minutes as we were still 4 minutes away at around 8:30. 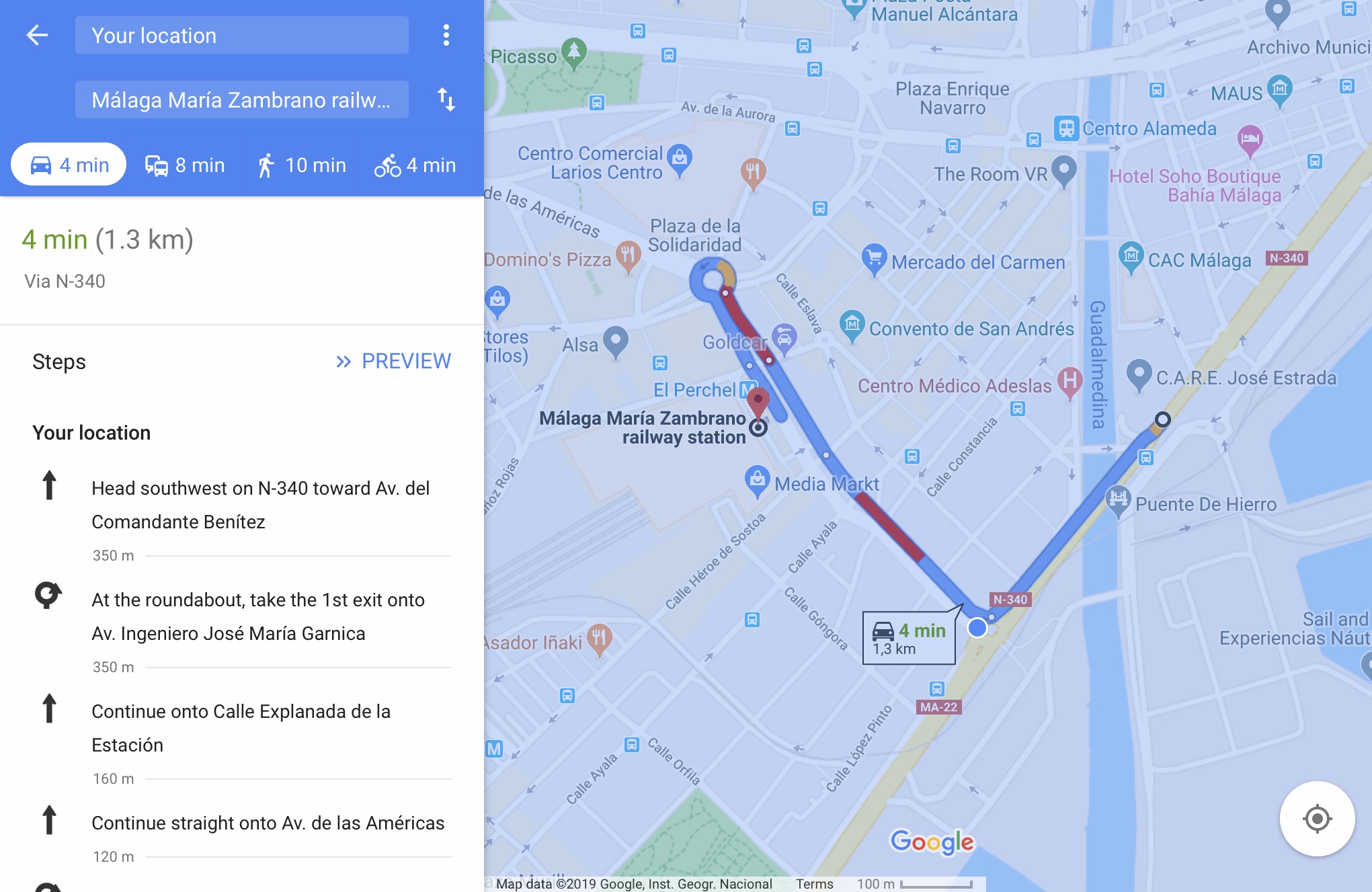 Arriving at the bus station the driver had to find an assigned parking lot which meant another „lost“ minute and by the time I arrived at the platform, the train had just left (this is when I thought that the regular delays we have in Germany with our railway system do have a plus side!).

Next I went to Renfe’s customer service and was lucky enough to get another ticket for the next train to Barcelona leaving at 14:35, the time I had originally planned to arrive in Barcelona. Arriving after 20:00 meant that I‘d unfortunately miss the SAP Community convention, I had been invited to. Whiling away my time at the Malaga train station I let Katarina Fischer know that my invite could go to somebody on the waiting list.

Not really wanting to spend almost 6 hours in the confines of the train station, I decided to at least make some use of the unexpected free time and got onto a hop-on-hop-off sightseeing bus to take me around Malaga for about 2 hours. The high-point was getting off at Castillo de Gibralfaro to take in the view across Malaga and its adjacent mountains: 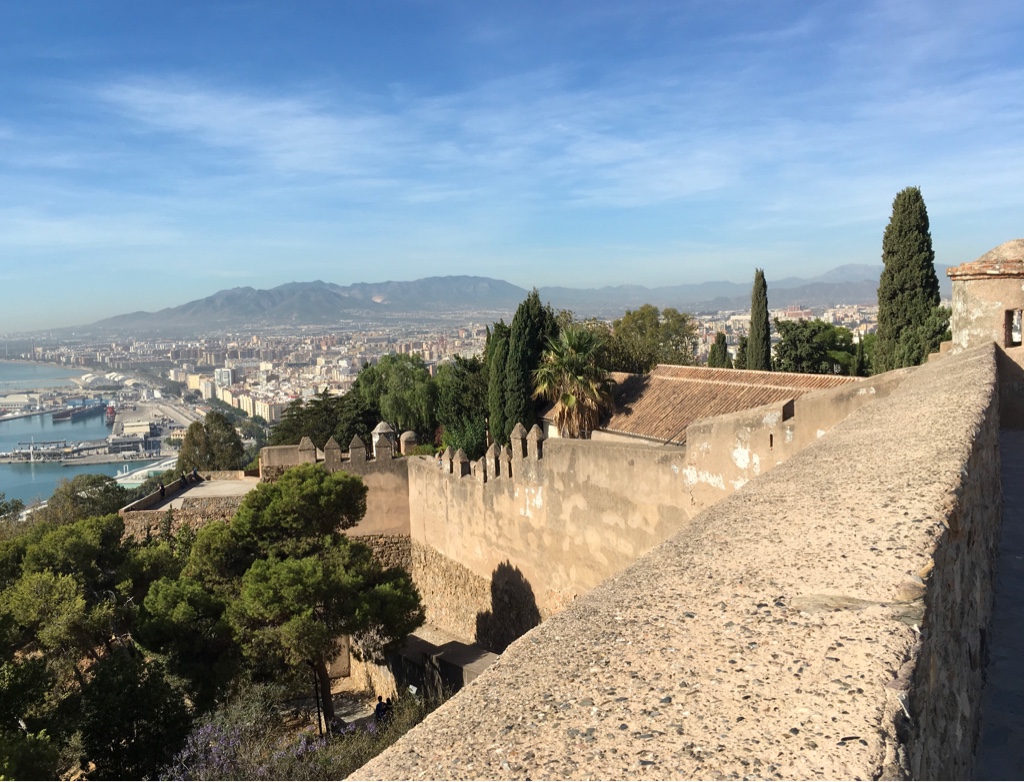 I was back at the station by around 12:30 so had ample time to grab something to eat and drink – as well as to shoot off an email to the hotel in Barcelona that I‘d after all be in need of late arrival contrary to my original booking.

Shortly after 14:00 our train to Barcelona was ready for boarding. In order to get on the platform, we had to have our bags scanned, comparable to the security checks at airports. Due to needing a new ticket, I had ended up in first class which were the only seats still available – the rest of the train was completely booked. 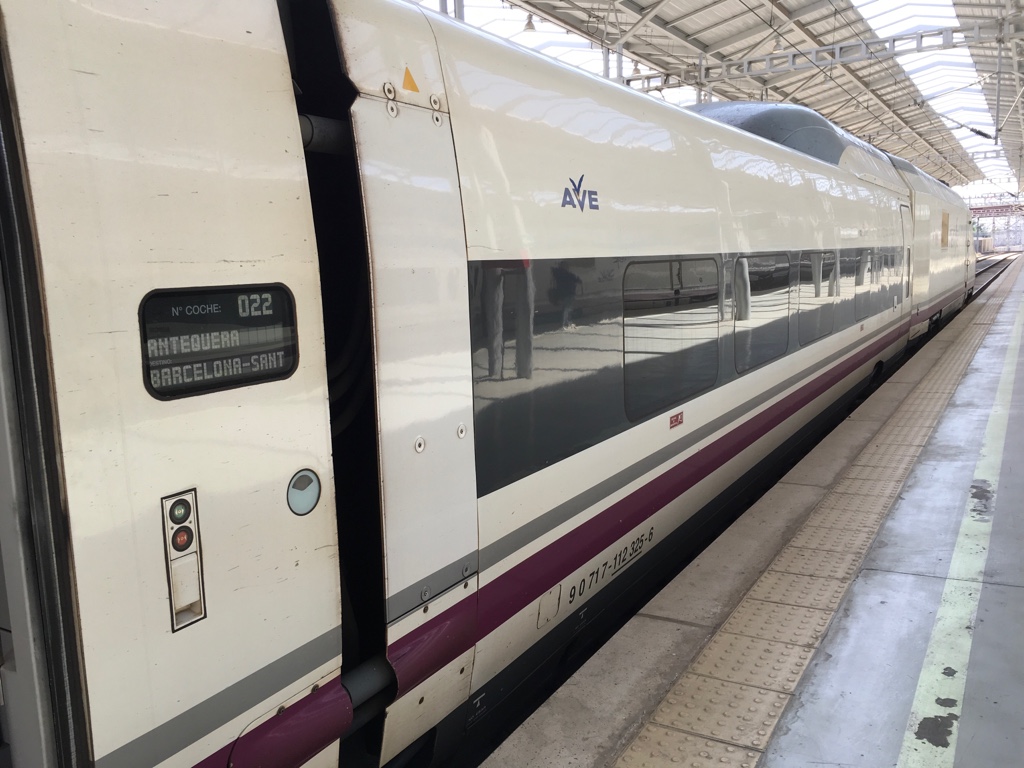 The train left right on time at 14:35 and made its way to Barcelona with stops in Antequerra, Cordoba and Zaragossa to name just three, passing through vast rural areas dotted with thousands of olive trees and lots of dried up fields and bare earth. Some areas were at least dotted with some more or less green shrubs and fields but overall things looked really dry and in need of rain. 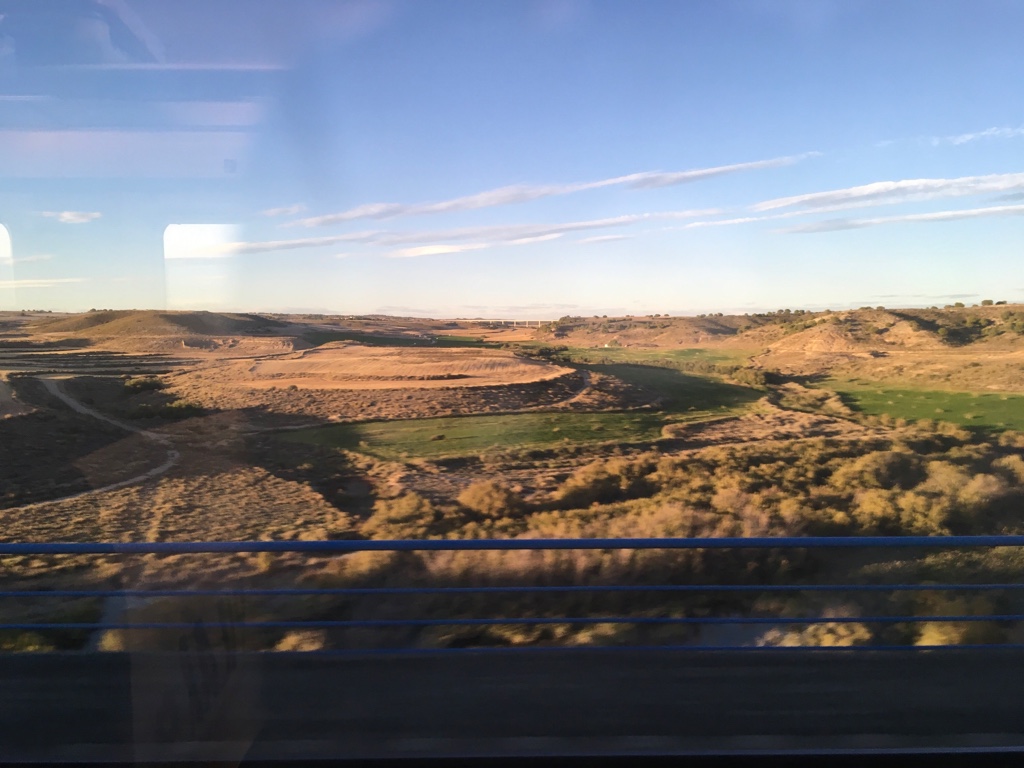 We rushed through Spain with speeds of up to 300km/h so the scenery was basically flying past outside the train‘s tinted windows. As the sun was setting and as we were getting closer to Barcelona, things looked somewhat greener outside in places, even with lush fields here and there.

We arrived with just a few minutes delay in Barcelona and after a short taxi trip I joined the check-in line at the SB Plaza Europa hotel. It might have been a coincidence but among the roughly 15 to 20 people waiting in line, I was the only female. Will be interesting to see how the ratio will look like during the upcoming sessions at TechEd!

So, after a somewhat more eventful day than I had planned for, I made it to Barcelona and called it a day soon after getting into my room to be as well rested as possible for the upcoming days.

To read what happened next, please check Tuesday‘s , Wednesday‘s and Thursday’s posts. For the TL;DR version click here.