#SAPTechEd Las Vegas – It’s a Wrap – Outside the Lines

It’s been over a week since SAP TechEd Las Vegas, and I am still wondering how I made it through.

Day 0 (Monday) – this was the ASUG pre-conference day, something I participate in for several years now. 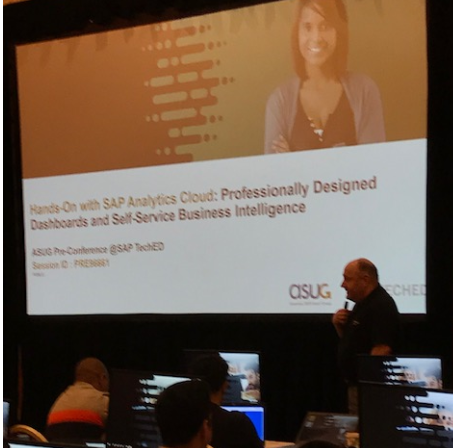 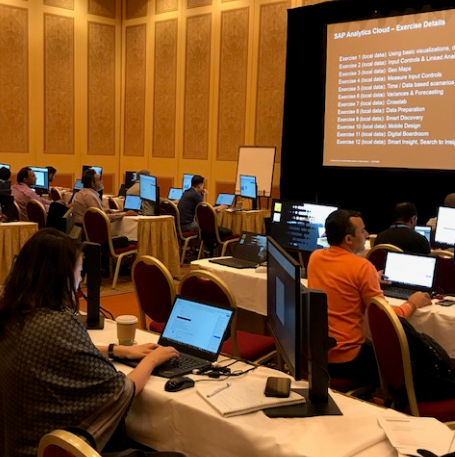 On the screen, attendees had several exercises to complete.  You can also see it is one machine per attendee.

The morning started with a breakfast, recognizing the new SAP Community Champions 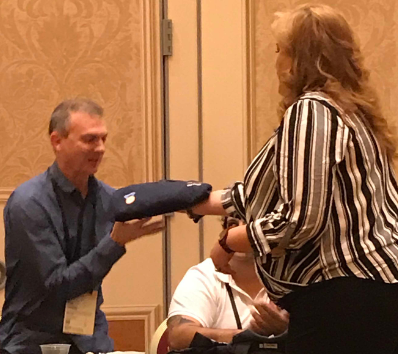 First up, Phil Cooley the SAP Champion who probably traveled the farthest (furthest)?  Katarina Fischer is presenting Phil with his new community shirt. 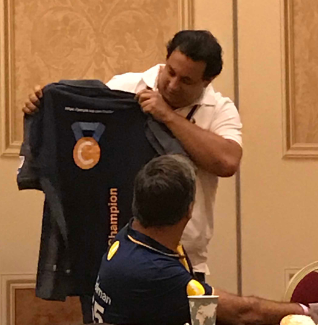 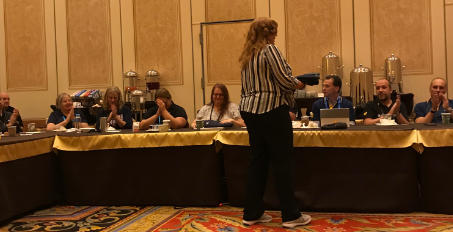 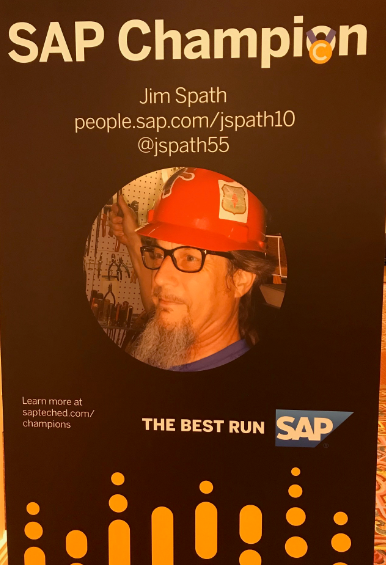 Jim Spath was not present, but I found his champion banner.

After the keynote, I interviewed Mohammed Ajouz, SVP and Global Head of SAP Support on the future of support automation.  You can watch the replay here.  Thanks to Jason Lax for making this easy.

Then I started to attend some sessions

This was in a road map session

Pictured you can see Sofiya Muzychko assisting, with Christina Obry leading the session at the front.

This hands-on session was FULL before the conference began.

AIN 376 Hands-On: SAP Analytics Cloud, SAP BW/4HANA, and SAP Data Warehouse Cloud was held twice, and both sessions were full before the conference started.  Big thanks to Ingo Hilgefort and Eric Schemer for letting me assist.  Attendees told me they received a lot of value out of the exercises.

Wednesday I did a community session at the Community Theater – Mynyna Chau explains the sessions:

I want to thank Mynyna, Jelena Perfiljeva Michelle Crapo Mike Doyle for attending my session on best practices for building your brand on the SAP Community.  My slides are here.  Thanks to Christian Braukmüller for letting me borrow some of his slides from last year.

This is the second session of AIN376 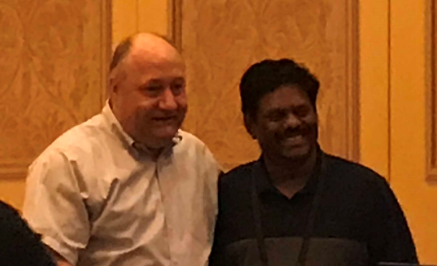 I attended some lecture sessions which I will write about later.

Then I was back doing another live interview, this time with SAP’s Bare Said, head of HANA and Analytics at SAP, about spaces – replay is here.

I also attended AIN106, Demystifying HANA Cloud Services, which I wrote about here.  Later I attended End-to-End Overview of System Conversion to SAP S/4HANA (Part 1), and I summarized it here.

On Friday, I attended CAA262, How to Extend SAP S/4HANA Embedded Analytics. 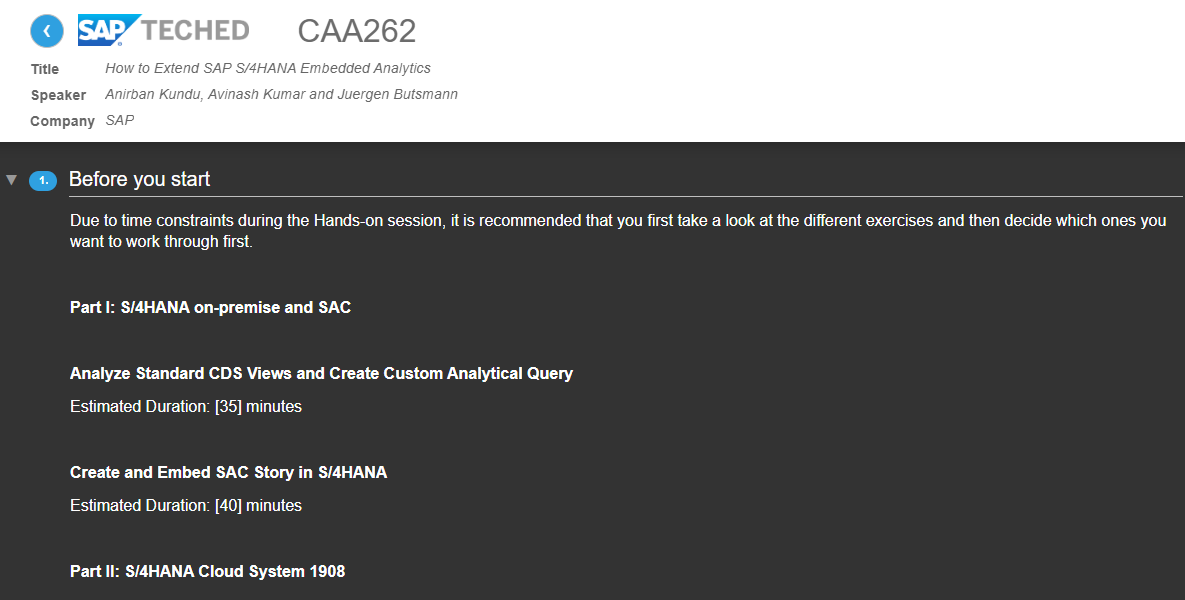 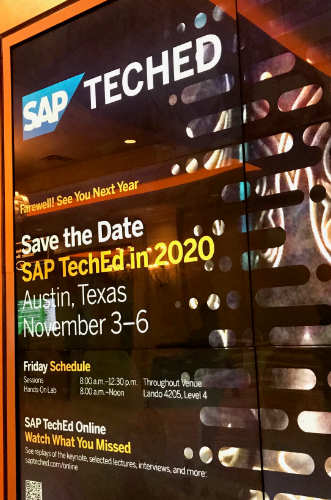 This was the last picture I took at the event.  Farewell, Las Vegas

Tammy, I don't know how you make it thru the event either.  You (and/or a fleet of Tammy-bots) are everywhere, doing everything, as well as answering questions on the Community, or providing some sage advice.  Maybe this is actually a stealth project by SAP?

Thanks for the great summary.  The timing for next year in the US is sub-optimal, but it will be nice to get to visit a different city.

I'm hoping all attendees remembered to evaluate their sessions!  Since I didn't have the mobile app, I evaluated the sessions I attended when I got the post SAPTechEd survey.

Thank you, Sue - I learned from the best - you and Jim!

Very nice wrap up.  It did seem like you were everywhere.  You are just amazing!  And your session was great!  I'm glad I got a chance to see it.

Thank you for your recap and for this picture. You were so gentle, and sincerely a great example for all of us.

I´m happy that you post this picture because you are a commitment example in our community; have this one in your blog is a gift for me (I do not saw you take this picture).

On time, the first blog that I wrote in community, you replied to me with a welcome message before publishing it (was you the approver for my first blog).