Results of the global Survey for SAP Integration 2019

As the previous years, the International Focus Group for Integration (IFG for Integration) conducted its annual survey for SAP Process Integration, SAP Cloud Platform Integration and topics around SAP integration. The survey was scheduled from May till September 2019.

Based on the feedback from the previous year the number of questions was significantly reduced from 36 to 15.

Again many thanks to all participants from all five continents that replied to our survey!

The complete survey results were forwarded to all participants who included their email address in the survey registration.

The following section shows an extract of the results. The numbers without percentage sign show the absolute number of responses. 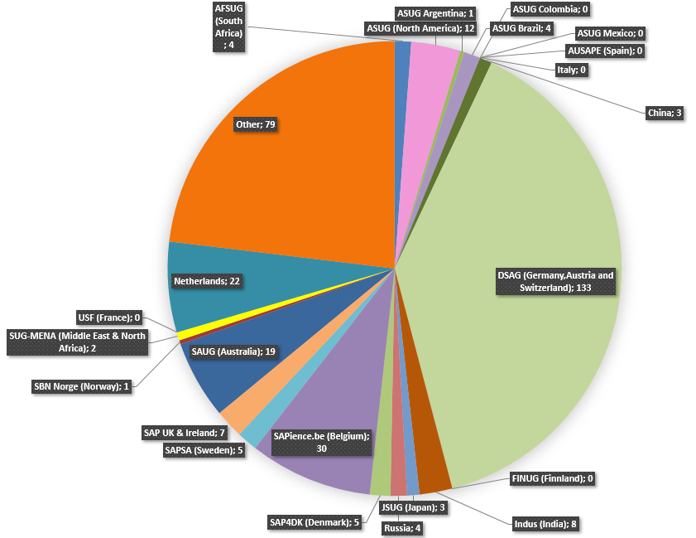 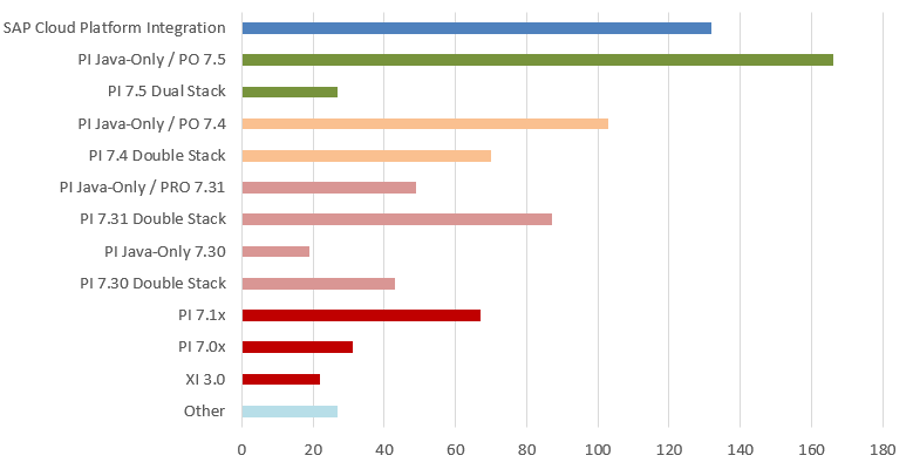 The graph shows that many companies still have PI/PO releases below release 7.50 in productive use.

Interestingly the number are still very similar to the ones in the SAP Integration Survey from 2018. 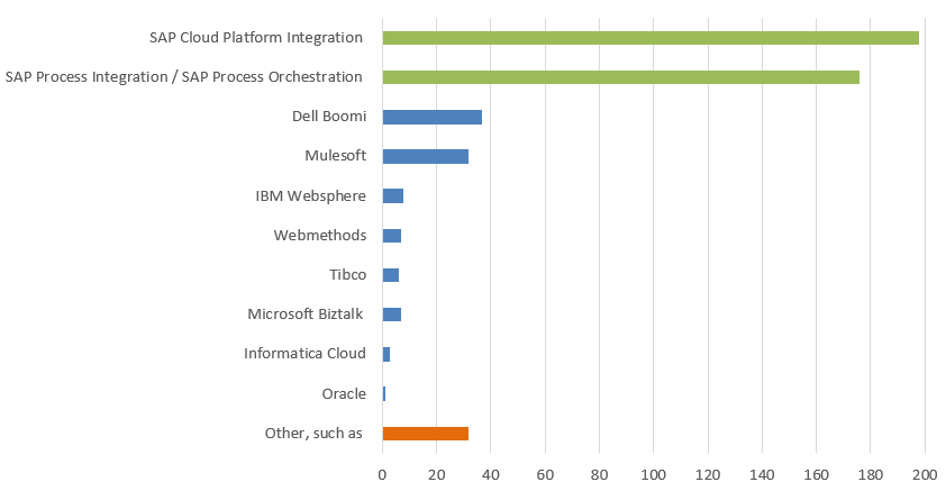 Functionality and enhancements for CPI on which SAP should focus on

Use of an API management platform 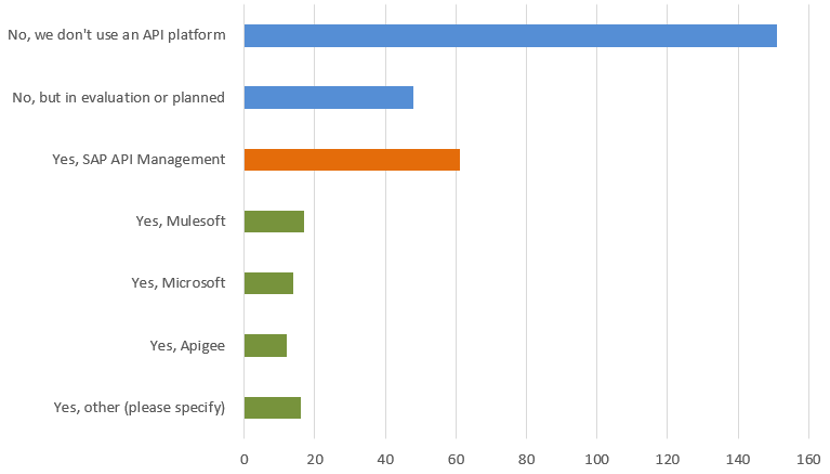 Plans to use SAP Open Connectors

Thanks Holger for sharing the survey results. Since SAP provides 2 integration platforms CPI and PO, the comparison between the two is inevitable. I read that SAP plans to release further version of SAP PO after some time. Is there a platform to provide suggestions regarding adding new features and functionalities that we would like to see in future versions of SAP PO.