Currently I am in a S/4HANA 1909 upgrade project (source 1809 system). I have depicted a quick overview for a better understanding, as there were comments on it. 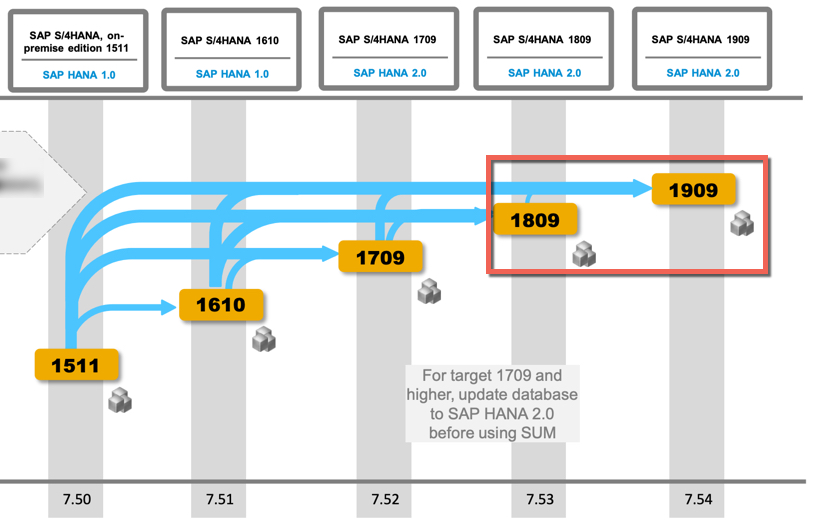 I was curious in trying out the new announced feature called Silent Data Migration Infrastructure (SDMI). It allows you to migrate application data during uptime, that means during that time you can use the system productively. Thereby, the duration of the downtime can be reduced. 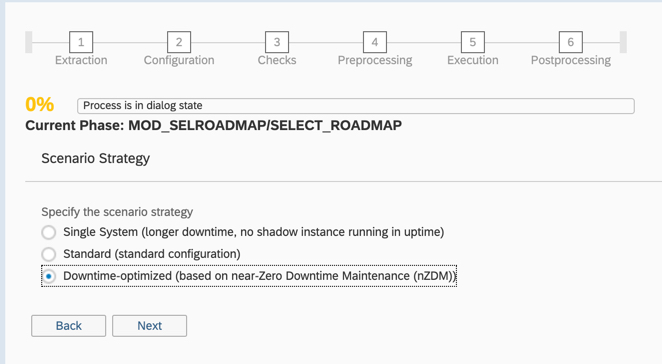 Make sure your HANA Database is at least on Release 2.00.042 otherwise SUM will notify you. Also you have to implement two OS Notes in order to use SDMI:

2797905 – AMDP: Termination of CL_AMDP_RUNTIME_SERVICE after upgrade

As said before SDMI allows to migrate application data during uptime, but that means it is client dependent and hence needs a technical user in order to accomplish this. Therefore you have to create a so called SDM User either via Transaction SDM_USER (only works for back-end version 7.54 of AS ABAP corresponds to the SAP S/4HANA 1909 release or newer)

or via automatic creating within SUM.

Hint: The technical user must be a system user (type B) and have the profile SAP_ALL assigned.

Further details for SDMI User creation can be found here:

The migration of applications data (in each client) will run in background jobs every 30min (SAP_SDM_EXECUTOR_ONLINE_MIGR) during system uptime, and thus reducing the overall duration of a system downtime.

You can monitor the status of silent data migration using transaction SDM_MON (only works once you are on back-end version 7.54 of AS ABAP or newer).

After a while in the online S/4HANA 1909 system it looks like this:

UPDATE: Recently I was informed about a Simple Finance example, that uses SDMI.

UPDATE 2: Another Example for SDMI in the Finance area.

I was able gain experience in two similar Upgrades from 1809 FPS2 -> 1909 Release. One scenario used the standard SUM option and the other one was using downtime-optimized plus SDMI enabled.

Although the systems are not exactly the same (db size, languages, available processes, etc.) you can see that downtime optimization can save a lot of downtime (which I will not comment any further)…

In SUM Analysis SAP calls it “Minimum downtime” and you can see the difference. You can learn more about it in the following blog: https://blogs.sap.com/2019/05/27/sum-2.0-post-processing-import-of-additional-software-and-transports/ 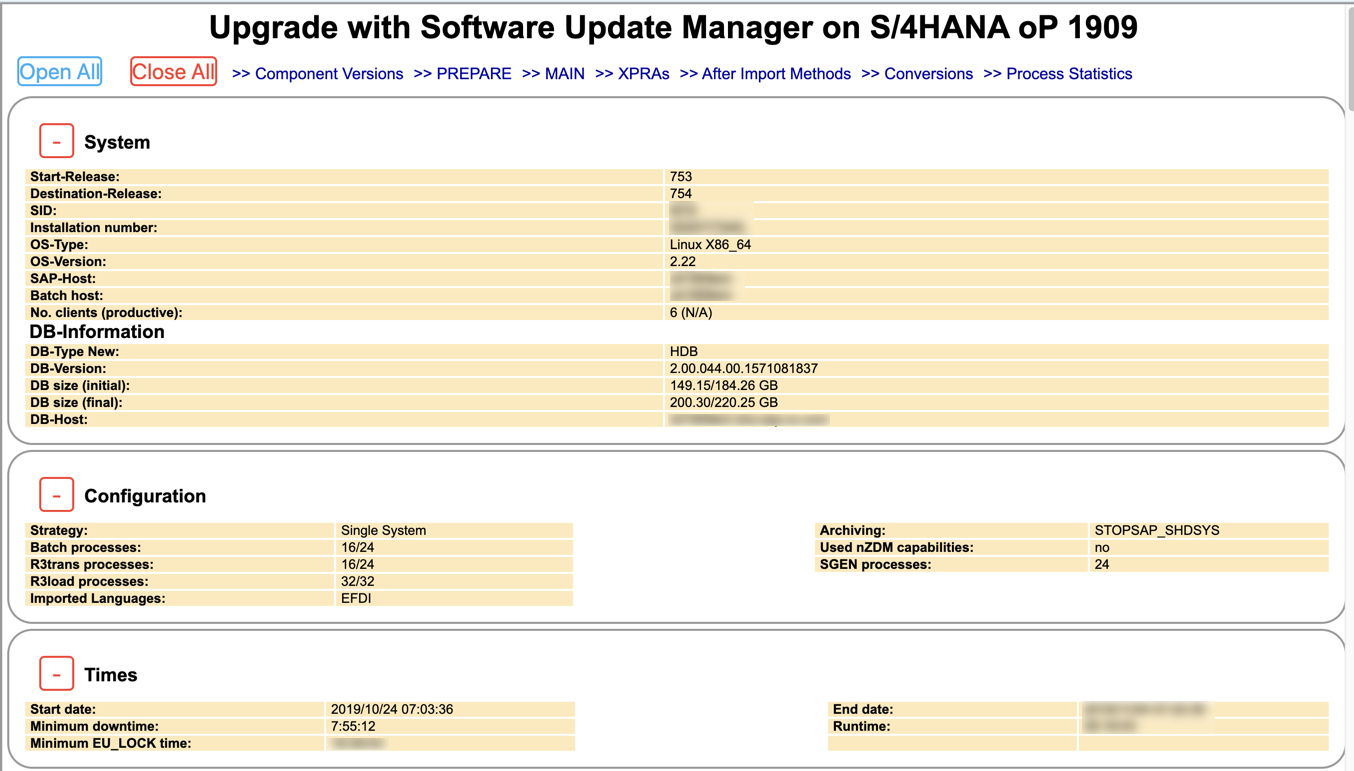 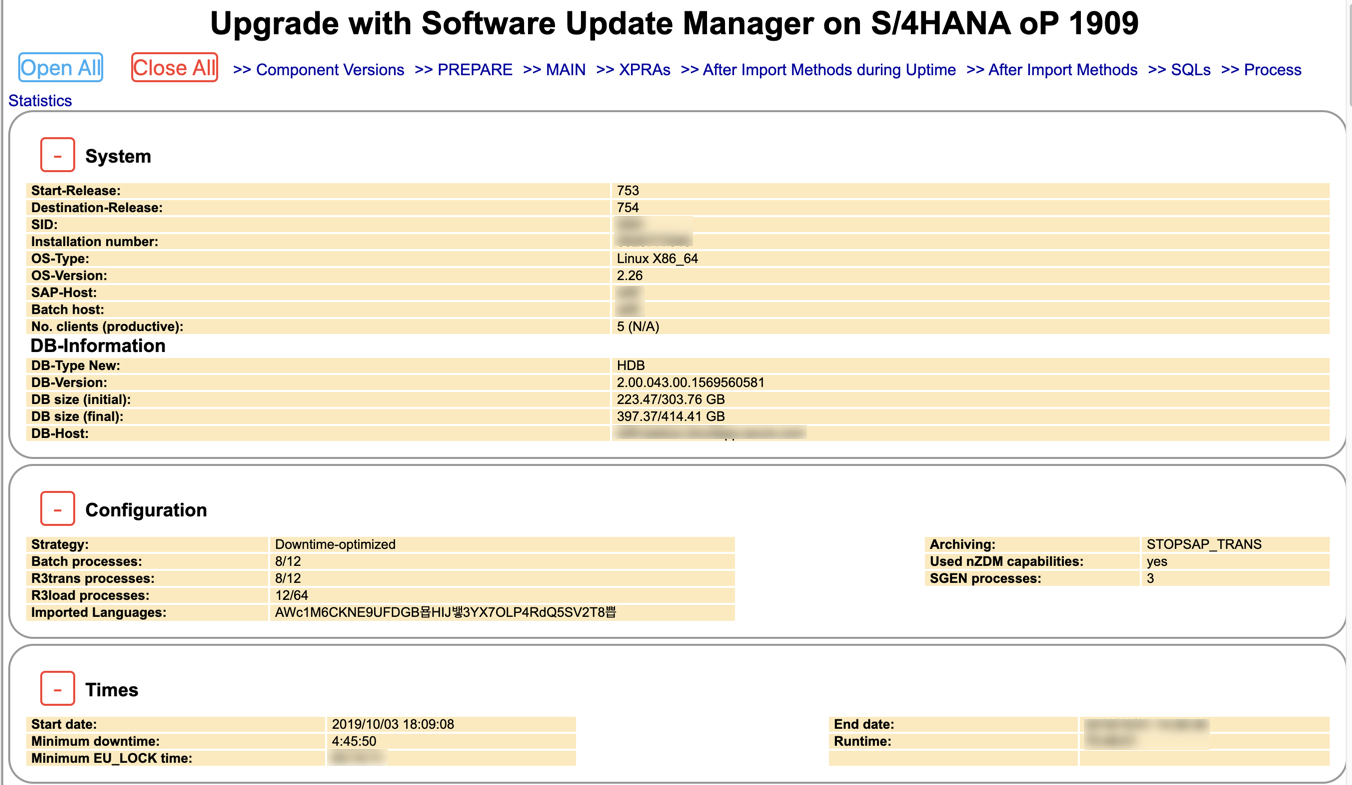 This looks great, thanks for sharing !!

"only works for back-end version 7.54 of AS ABAP" Does this statement mean the option is applicable for source system NW 7.54?

Ah i see, make sense now. In other words, it is not supported for S4HANA 1809 and below. Any rough estimate on how much time downtime it reduced using this feature?

Hi all, I am learning S4HANA sourcing and procurement, can some body provide me learning material.

Great article, Marco! Thanks for sharing.

Very nicely briefed about SDMI, Marco!. Thanks for sharing the blog!!

For more technical details on SDMI please check my blogs.

Does SDMI requires to use nZDM?

During the upgrade, Few SDM classes shows waiting ,running though jobs are already scheduled and users are created in the respective clients .

So Do we need to trigger separate precheck for SDM to ensure the classes are either in finished or not relevant status ?

die you check SAP Note "2691264 - SDM: Unfinished uptime migrations exist before upgrade starts" already? All SDMI Jobs have to be finished in order that the Upgrade can be continued...

This functionality appears into the Standard strategy or only with Downtime-optimized?

The sum asked to me about the creation of SDMI users.

the Silent Data Migration Infrastructure functionality is running in all upgrade scenarios independent on the approach.