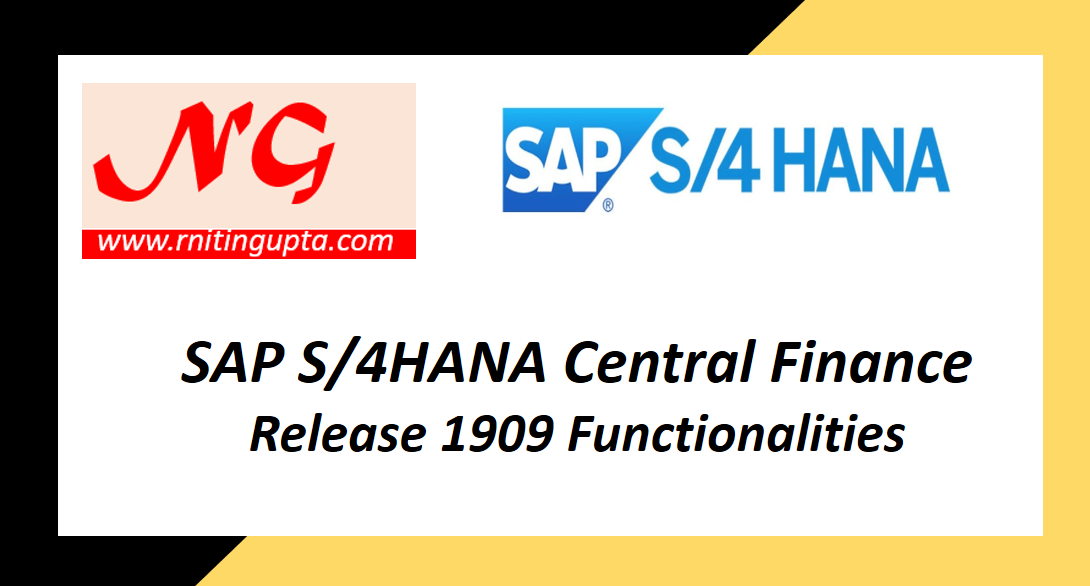 SAP S/4HANA 1909 is released on 20th September. This also makes available with SAP Central Finance (CFIN) 1909. Central Finance is in such a stage where features are added each time and also their are some key features missing like Asset accounting replication. However with 1909 SAP has tried to deliver more value for Non SAP source systems and features are added to the catalogue.

In this blog we are discussing only the features introduced in 1909 release. Any thing before that is available in previous blog – SAP Central Finance 1809 functionalities

The following processes are supported for replicating clearing information via the third-party system interface:

In SAP S/4HANA you perform Profitability Analysis (CO-PA) in the Universal Journal using criteria based on which you analyze your operating results and perform sales and profit planning. A combination of values for these criteria in an Operating Concern is called a profitability segment. Examples for such criteria can be product, billing type (such as invoice), customer, sales organization. This feature enables you to transfer such criteria via the third-party system interface in Central Finance as name-value pairs.

The replication of CO-PA data is integrated into existing message handling with SAP AIF. The values for the COPA characteristics are mapped according the defined values in the key and value mapping. The third-party system interface has been enhanced with an additional structure and fields for the profitability segment data. It is added as a new staging table on the SAP LT Replication Server as you can see in the graphic below which shows the architecture of the third-party system interface in Central Finance.

Focused Run addresses customers and partners with advanced needs in monitoring larger system landscapes. F-Run has a dashboard-based visualization, for example with systems.

thanks a lot Nitin

Extortionary document, thanks a lot .

Thank you Nitin for sharing this valuable information

Thanks Nitin Gupta  for the blog. Could you please adive on Balance Migration from third-party system to CFIN/SLT Staging if we are on lower version(1709).

Can you guide to the document for latest release?

SAP guide is in 500 + pages but you summarised it in a page. That’s too good.

you have anything on FPS1?