I wanted to share some of the impressions with you with regards to what is going on with Integration after SAP Teched.

Continuation is the word I would use for SAP Integration. At Sapphire 2018 SAP Introduced “Integration out of the box” with the focus on how they could deliver as much integration as easily as consumable as possible for customers. It is the same concept they currently working on.

You can read the full roadmaps at Road map Finder. For each product, there is more information about what is new with them. I have just highlighted the things that I got most of.

Based on the experiences from SAP Teched 2019, it is not like I’ll go change my SAP Integration strategy.

Out of the Box

Continuation is the word I would use for SAP Integration. At Sapphire 2018 SAP Introduced “Integration out of the box” with the focus on how they could deliver as much integration as easily as consumable as possible for customers. It is the same concept they currently working on.

And then there is the Open Connector that was also prominent features in the Keynotes.

SAP Graph is probably the most interesting new thing. Graph is a way to browse all your SAP data via one application. It means you will get a canonicalized version of data. You can ask the API for a customer and as a user, you could care less about if data is coming from C4C or S4. It will all be handled by the Graph Project.

I think it will really speed up integration and UI development because you don’t need to consider where data is coming from and how to fetch it. If you think it is cool, signup and write what you will be using it for. Then the Product team knows what to focus on.

I wrote some more about SAP Graph here.

A large part of the development was focused on Cloud Foundry deployment. CF will improve the performance of CPI with a microservice architecture. AWS and Azure were GA, but there is still a note of things not fully working. Next up is Alibaba cloud.

Some of the interesting things in the near future was:

I attended a hands-on to understand how SAP wanted users to monitor CPI. The hands-on contained information on how to process the Odata Message Monitoring API. If you want to skip writing a monitoring app your self, then the Figaf tool contains a better monitoring option.

There is the Focused Run (FRun) and Cloud Run. I did not get to see their status and what it would allow users to do.

ICA has been made available for all users of the standard CPI. It has a flat fee of 240 EUR/months. Earlier you needed the CPI Enterprise Edition. It is a service that benefits from getting more users, so I think that the move is really good.

You probably still need to license EDIFACT or x12 separately. It was not a lot of users currently, but I do hear some companies are going to use it.

Next version of SAP PI is still in progress. They are working on finding which Java to use for the project.

PI/PO vs CPI. Customers will at some point have to go for CPI and move some interfaces to it. PI/PO will be supported until 2030. The topic is to have a hybrid landscape that allows users to use CPI for the places where it is best, while PI for the message processing it was designed for. So BPMN/BRM will move to either CPI or Cloud Workflow.

I still hear about customers using SAP Business Connector, though I think the product was free, so that may be a reason to stick with it. If you were paying maintenance it may be useful to migrate.

For business partner, they had created a service that enabled them to synchronize and query the data. If you from your S4 system then you can write all changed data to the BP platform that will then synchronize the data to other systems. It is also possible to query it via Odata API to get real data.

As I understood it is not a master data governance platform. I guess it could be extended with Cloud Platform Workflow if you wanted an option to approve changes.

The service will be expanded to include other master data objects.

I did get some feedback on Datahub and it looks pretty promising. I will probably need to understand a little more about it. It was upgraded to Data Intelligence which includes the Data management/ETL and then bundled it with some ML. I think it makes a lot of sense, and for some scenarios, it could be better than using the CPI.

I did see an overview of what IRPA could do. There are many vendors out there with RPA solutions. I’m not familiar with how well SAP’s variant compares to the others with regards to speed of implementation and intelligence. It is an area that is interesting for integrations.

There was one hands-on with RPA and SAP cloud workflow. Here it was to use a delivered version to run a create order in S4. That part worked pretty easy. I also just tried to create my own bot. It was a lot more complicated, but I guess it is just something you need to learn.

I really enjoyed the new unconference style. Where all participants could suggest a topic. The event would then get into the Conference schedule. It gave a lot of opportunities to talk with other users. I hosted two and are planning on doing it in Barcelona. 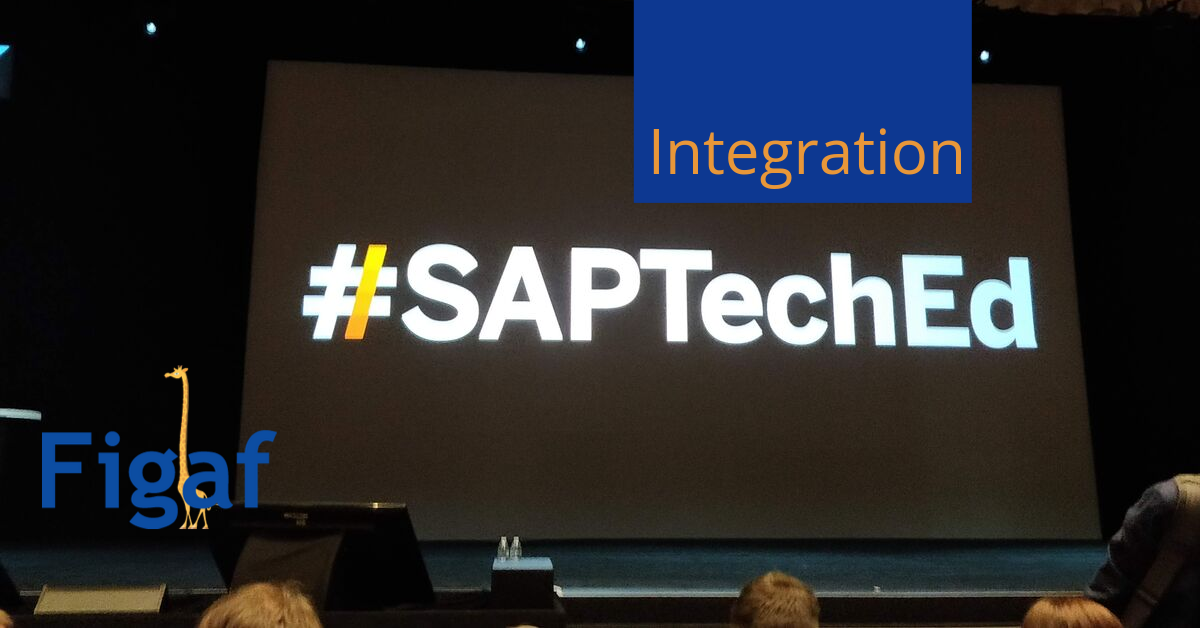 Thanks Daniel for the update.

With regards to the Business Partner service and its relation to master data governance, there is additional information in this SAP Community blog.

Thanks for sharing Future of Integration ...