For the past 7 years or so, I developed a cough that simply would not go away.  I went to the doctor on several occasions and they took x-rays and all kinds of tests.  I was treated for asthma, acid reflux, allergies and more, but nothing ever resolved the cough that I had.

Over the last 5 years, I developed health issues such as high blood pressure, high cholesterol and other signs that my health was getting worse.  Although I ate fast food once or twice a week, I felt as if I made a lot of “good”, “healthy” choices as well.  But I also knew that I was gradually gaining more and more weight.

Another sign that my health was getting worse was that I was feeling more lethargic.  I would wake up not feeling well rested and even a bit confused and not performing my best at work.  More and more I felt I was just getting by, day by day.  My colleague, Landon, noticed the difference and brought it up to me one day.  He had felt similar and was eventually diagnosed with Sleep Apnea and encouraged me to take a test and find out if I had it too.  Sure enough, I was diagnosed with a moderate case of Sleep Apnea. I began wearing the Continuous Positive Airway Pressure (CPAP) machine at night and I did feel better the very next day.  But it sure was a hassle wearing it every night and cleaning the machine too.

My wife had some similar health issues and after my sister made a comment about her concerns for us, we finally decided to do something about it together.  We had been thinking about trying one of those diet plans that you see TV.  We liked the idea about how one of them was easy and it involved no calorie counting, just buy the food and eat it.

I noticed a difference after the first month or two and after losing 20 pounds, I had more energy and I was sleeping better.  In fact, one of the first things I was able to get rid of was the CPAP machine!  I didn’t need it any longer!!  The 20 pound loss became 30 pounds lost!  After 6 months, I finally reached my goal of losing 40 pounds!

Having more clarity and energy, led me to the next logical step – exercise.  I started taking the steps up four flights to get to the office instead of the elevator.  I began to go for walks around the lake and enjoy the beautiful scenery right outside the San Ramon office!  And one by one, the blood pressure, the high cholesterol, even the cough that I had for many years, went away.  I went to see my doctor last month and he confirmed that I could stop not just the CPAP machine but  ALL of my medications too.  In fact, I feel so healthy that I don’t even take vitamins anymore!  I do believe I am getting all the vitamins I need from eating right.  And you know what?  I really enjoy the new foods that I am eating and don’t miss the bad foods nearly as much as I thought I would.

At work, my colleagues  have seen the difference, both physically and mentally.  Wow!  What a difference a good diet and some exercise makes!  It was like a snowball affect that spilled over into other areas of my life and I feel so much better.  Just last week I won the Beginner Challenge of the Client Services Americas 2019 Step IT Up Challenge with over 100k steps in 5 days!  That’s an average of 20K or more than 10 miles per day.  I live just 4 miles from work, so I started getting up early enough to walk to work to get my steps in.

Oh, and my wife?  Not only has she been able to get rid of all of her medications too, but she has signed up with an awesome local fitness club and has already accomplished two 6-week challenges and feels good enough to have recently signed up for a 12-week challenge.  I’m so proud of her commitment and success. Together we revamped our habits to feel stronger and healthier than ever and loving it! 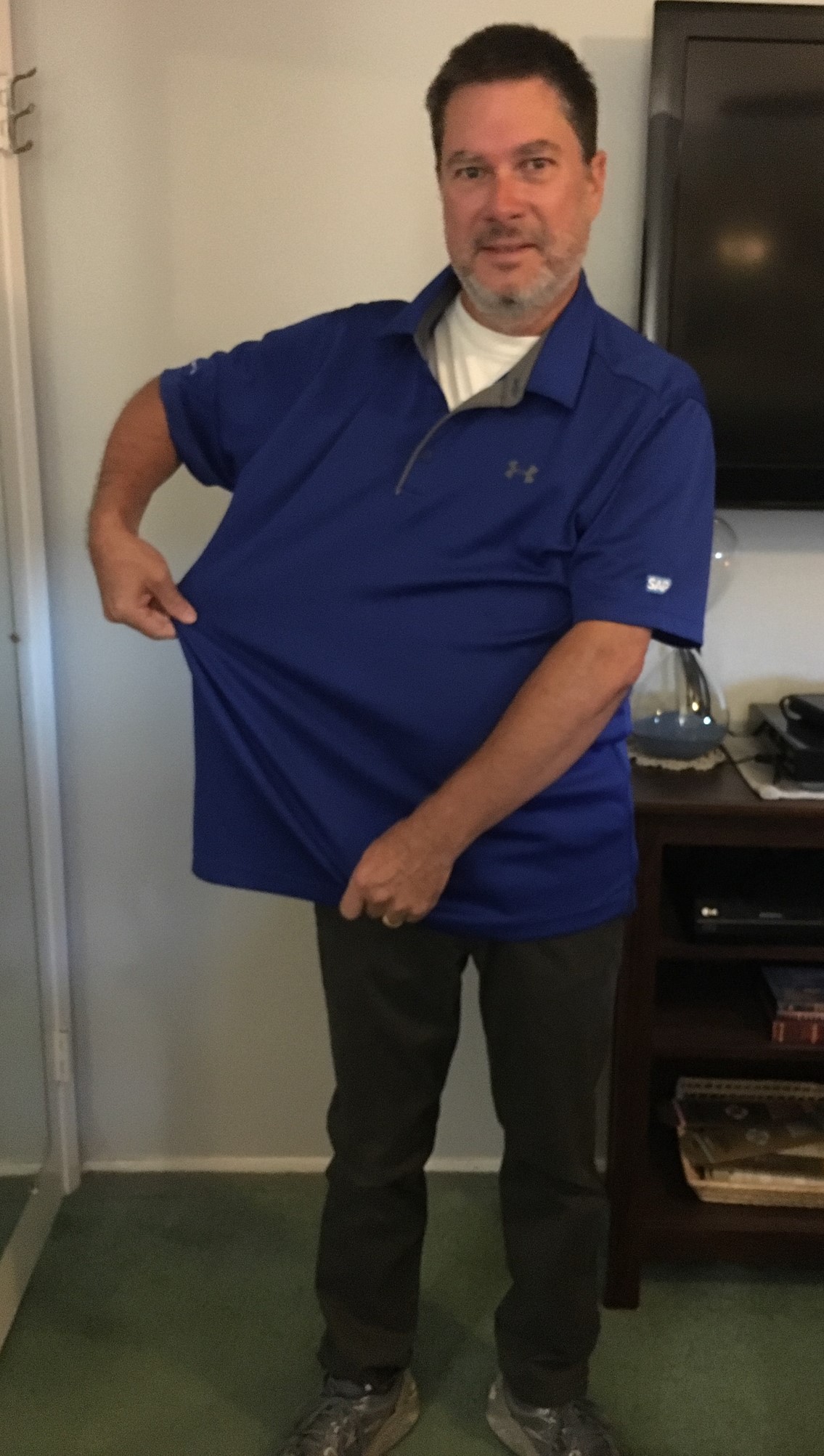 What an awesome story. Congratulations Tony. Thank you for sharing. You are an inspiration!

Thank you Price!  It means a lot coming from such an inspiring person as yourself!

Congrats for your transformation.

Could please provide more insights on Diet Plan, If it is legally right to reveal it.

Congratulations to you and your wife! Your dedication and commitment paid off in so many ways. .

Wow - terrific account. Thanks for telling your story Anthony Dupre , you are a poster-child success story. It 100% backs up what I hear from health experts about the over-medication of America, for conditions that are mainly caused by unhealthy lifestyles (processed food, low exercise). What is really disturbing though, is that we don't think of this as an unhealthy lifestyle, because it's what everyone is doing, what retailers promote, and what we are surrounded with everywhere! Since it's most of what we see, it's hard to conceive that they are so bad. But your story really illustrates perfectly. Great achievement in seeing beyond, and having the dedication to follow-through!

Thank you for sharing your inspirational story.