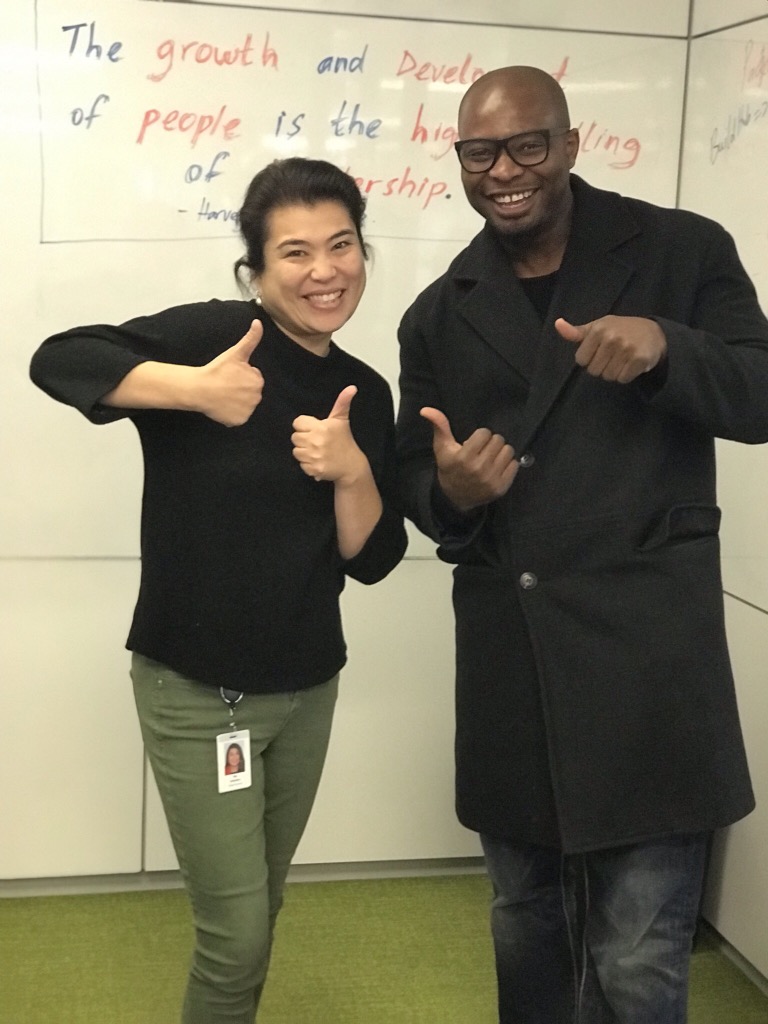 As the Director of Engineering for SAP Concur Mobile and SAP Hipmunk, Noah Addy manages a team of about 54 engineers. His Concur team works on the Concur Mobile app for iOS and Android while his Hipmunk team focuses on Hipmunk products and mobile apps.

Upon joining Concur over a year ago, Noah made it his goal to embed diversity more deeply into his organization. He shared, “When I joined, all the engineers were men. I’ve always cared about diversity especially since as a black man in tech, there are very few of us.”

To drive inclusion and further prevent gender bias, Noah has been asking his managers to “add a seat at the table” for women during brainstorming sessions. Due to the numbers on the team, Noah noticed that most of the time when he saw a group huddled around a white board brainstorming, everyone was male. He immediately began discussions with his managers to ensure they were getting a female perspective as well. “We can’t solve the problem of women in tech unless we have male leaders who are willing to be allies and include women in our meetings and on our teams,” Noah said.

Another way Noah aims to be an ally is through mentorship. He regularly mentors professionals on his own time and has helped over 30 people find jobs. This experience with mentorships has helped Noah develop a keen sense for recognizing when someone’s talent can propel their career in ways they might not be thinking of themselves.

One such mentorship started shortly after Noah joined the Concur team a year ago. During team meetings, Noah frequently noticed that Ria Delamere’s contributions stood out. She had strong ownership of her respective topics, exceeded expectations, was technically skilled, and exhibited a variety of excellent leadership qualities. He pulled her aside and asked, “You have a ton of great leadership skills and phenomenal technical skills, have you ever thought about becoming an engineering manager?”

A mother of four in a male-dominated field, Ria was initially hesitant as she felt no one was going to give her a chance to be a manager, so why try? Noah worked with her on gathering the resources she needed and developing the skills she needed so she could feel confident as a manager. A few months later, Noah had an engineering manager opening on his team and reached out to Ria. Noah took himself out of the interview loop to prevent bias, and everyone who interviewed Ria picked her as the best candidate. Noah says Ria is one of the proudest hires in his career.

Noah grew up in Ghana and came to the U.S. in 2001, and he feels the many twists and turns in his life have given him a unique perspective. Noah said he worked harder than he could have imagined and had tons of different jobs along the way to becoming a software engineer. He did everything from flipping burgers to cleaning toilets. His journey gave him a lot of empathy, which makes it easy for him to connect with employees from different cultures, which helps him embed diversity and inclusion deeper into his organization.

Noah is also active on social media and uses social platforms to celebrate and share information about his team. He says that he’s their biggest cheerleader. Whether it’s accomplishments or birthdays, Noah always finds a way to celebrate and appreciate his team members which creates a fun environment. For instance, Noah recently took his team to “goat yoga” which he said was, “one of the most fun team-building activities I have ever done in my career.”

Ultimately, the type of environment Noah aims to foster is one of gratitude and openness. Every Wednesday, Noah’s team has a meeting where they set aside time exclusively for giving kudos and appreciation. He mentioned, “I want to create an environment where everyone is not only welcome, but seen and heard as well.”