“Take it from me, there’s nothing like a job well done. Except the quiet enveloping darkness at the bottom of a bottle of Jim Beam after a job done any way at all.”

I can’t speak to the wisdom of that statement, but at this point, I’m game for anything. 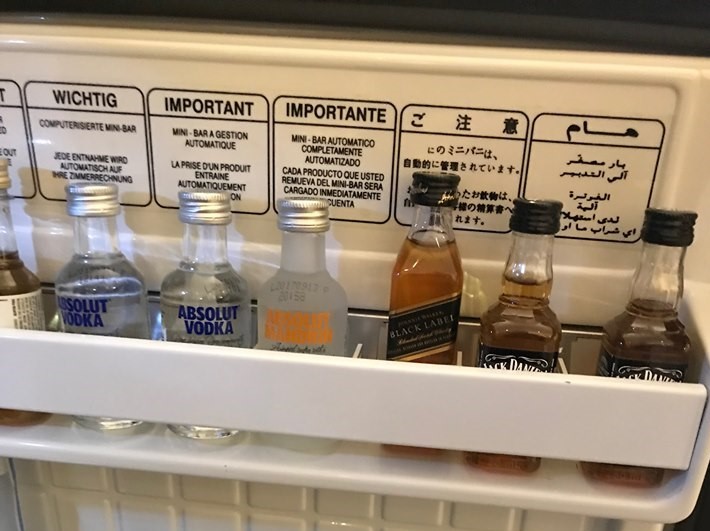 Does it have to be Jim Beam? Asking for a friend.

As I wrote yesterday, one of my main jobs here at SAP TechEd Las Vegas is preparing a daily recap of what’s happening in the Developer Garage/Community Lounge. That generally means rushing back to the room when the show closes, firing up the laptop, and hoping inspiration hits me before drowsiness does. But tonight I had a team dinner. Yes, that meant food. Yes, that meant drinks. Yes, that meant hanging with colleagues as they relaxed after a hectic day, and while I did my best to stay involved in the conversation, my mind was racing as I tried to figure out what I was going to write when I returned to my room.

Then sometime after the first cocktail, it occurred to me…I can just do what I did yesterday: steal other people’s work. I mean…I’d be an idiot not to, right? After all: In a world of thieves, the only final sin is stupidity.

I gotta tell ya: Knowing I could just drop in this video really eased my conscience when I ordered another dirty martini at the restaurant. So once again — thanks to Craig Cmehil for a great daily preview highlighting some of the cool stuff scheduled for today.

Back on the show floor, it was business as usual…except for the unusual stuff. Puppies with Purpose made its debut in the Community Lounge, and attendees were lined up to play with the lovable pooches — raised from puppies to be service dogs. 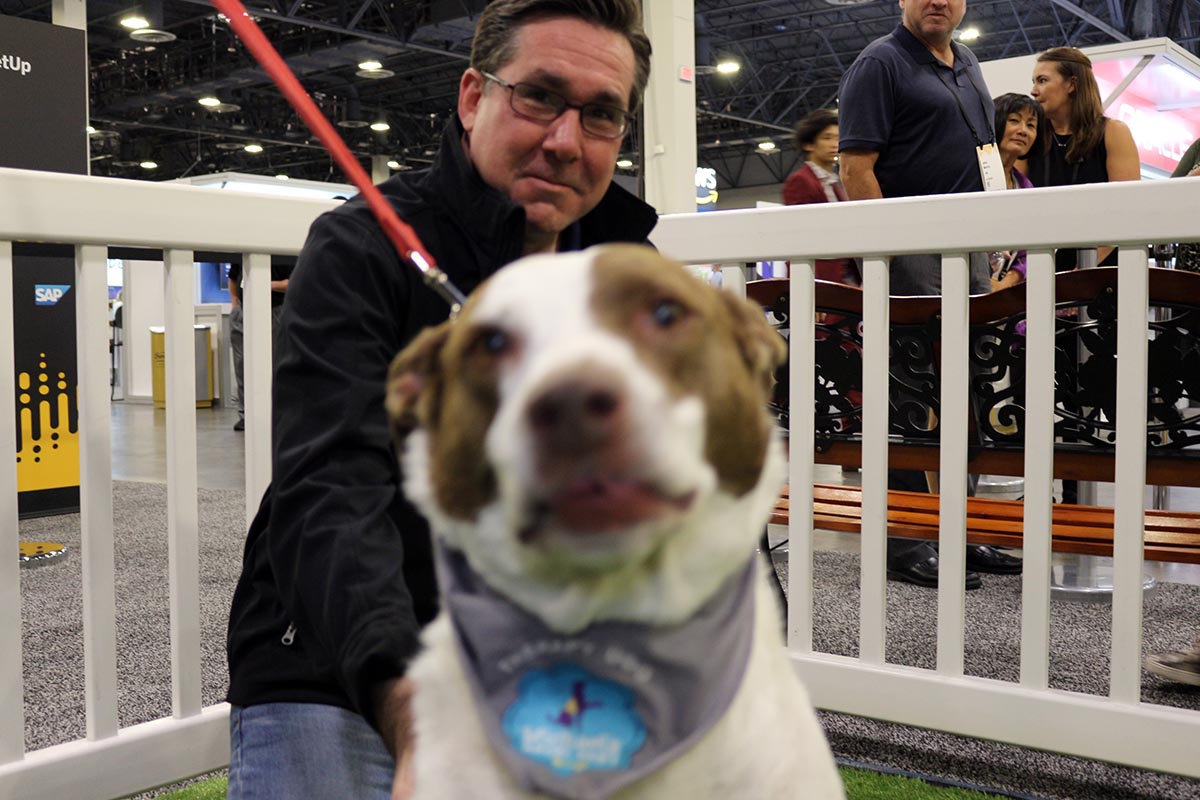 “Seriously, of all the people at the show, you’re making me pose with this bozo?”

The headshot photographer also set up at the Community Lounge today, and members had the opportunity to get a fresh new avatar pic for their SAP Community profiles. 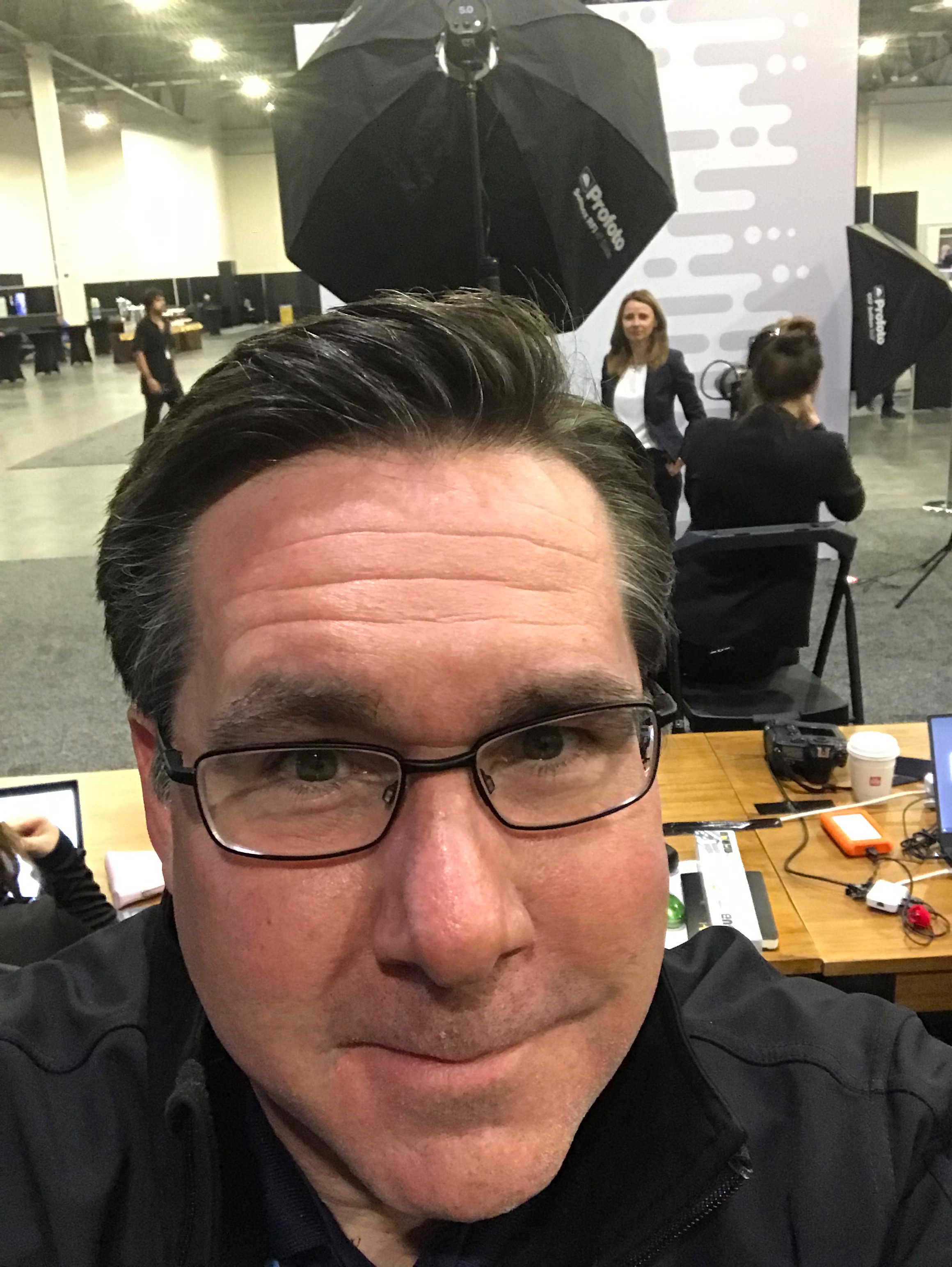 On the other side of the photography wall, an artist was creating a mural representing key elements of the show. I took time out of my busy schedule to supervise — and as you can see, the illustrator was thrilled with my creative direction. 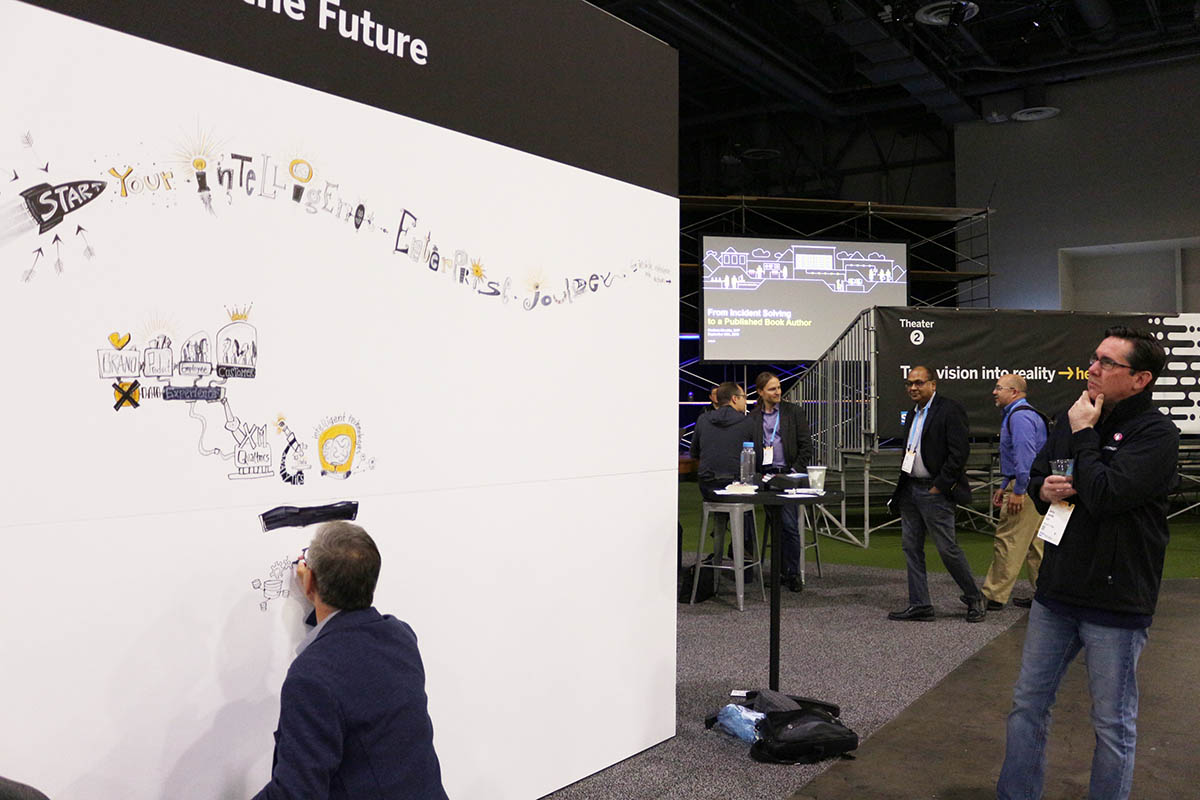 “Yes, you’ve captured the essence of the intelligent enterprise. But it is art?”

While my aesthetics may be questionable, Community Lounge attendees offered far better opinions about what the imagery should capture — helping the mural to take shape. We had some true luminaries in our area. Visitors included scholarship winners, such as Abhinav Shrivastava, who spoke about the event’s learning activities and how he felt meeting with SAP Community members who inspired him.

Tutorial winners also stopped by to talk about their experiences and offer advice to SAP Community members.

SAP Champions came by as well, and in case you’re wondering whether I actually did any work at the show, just check out how fast I was during this meeting with SAP Champion Michelle Crapo. Aren’t you amazed by how quickly I took a break from lunch when someone asked me a question? I really am an unsung Community Hero (I need a cape and to be on that list), and I look forward to sharing what we’re doing with these videos in the coming months.

Exhausting work, as you can see. And you can see for yourself if you wanna talk to me tomorrow. Just try not to bother me during my lunch break. 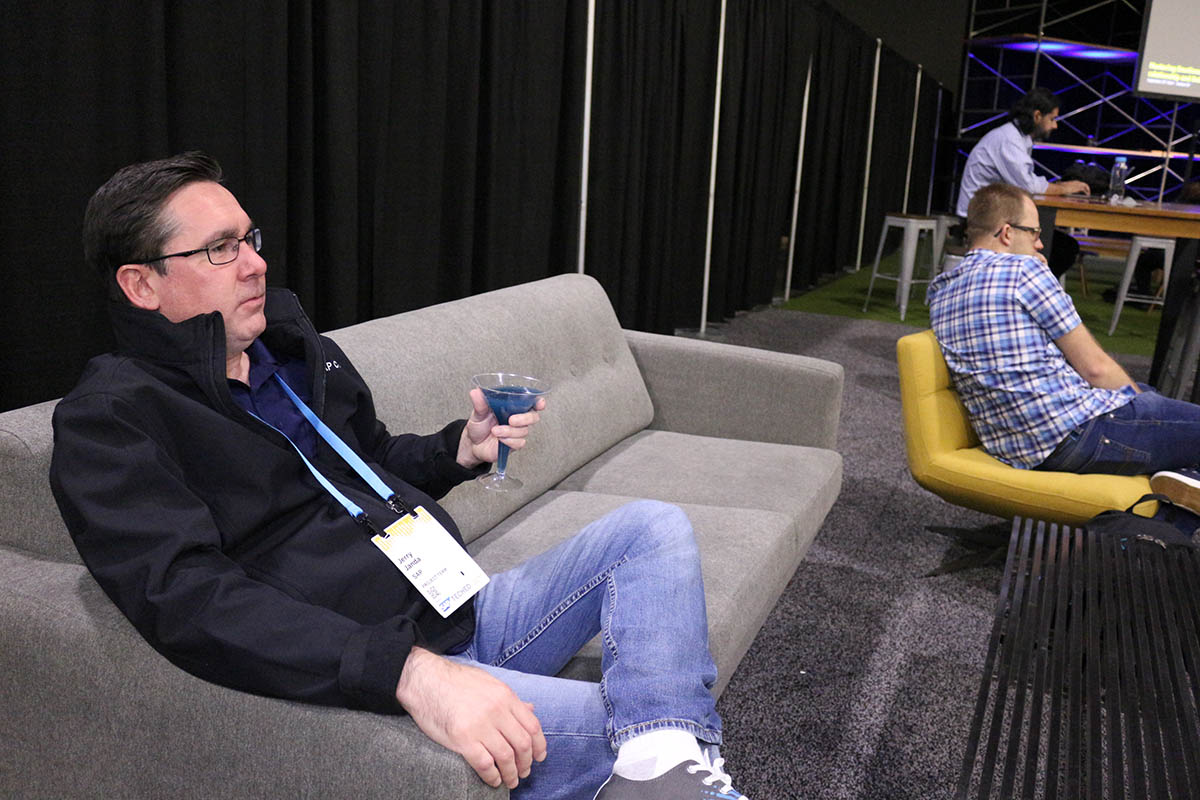 Piictured: me on lunch break. 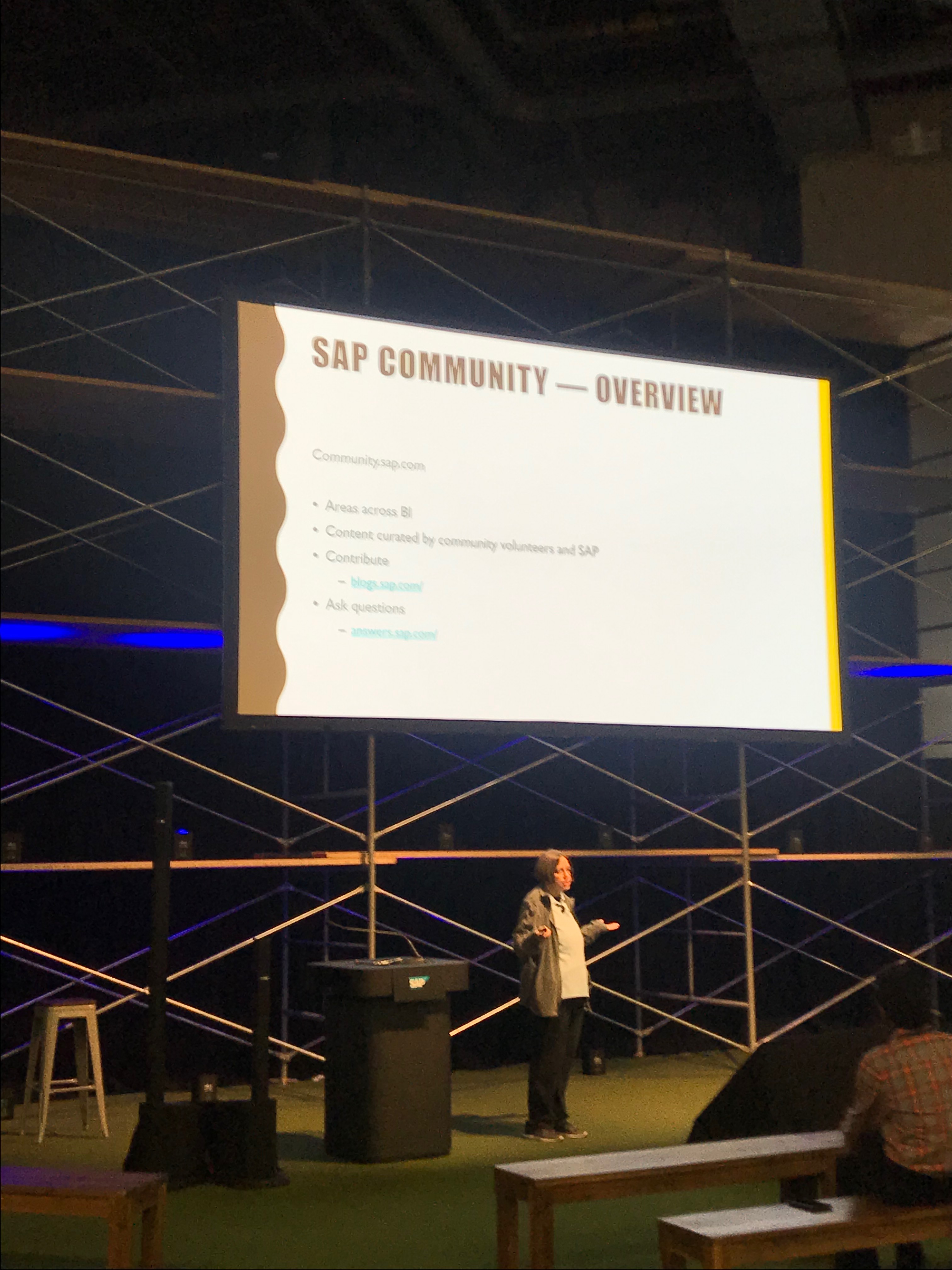 Tammy Powlas giving an innovation talk about one of my favorite subjects.

The Developer Garage (of which Community Lounge is part) was also hopping. Seems Vegas responded to yesterday’s recap, because the number of finished tutorials in the App Space exploded! 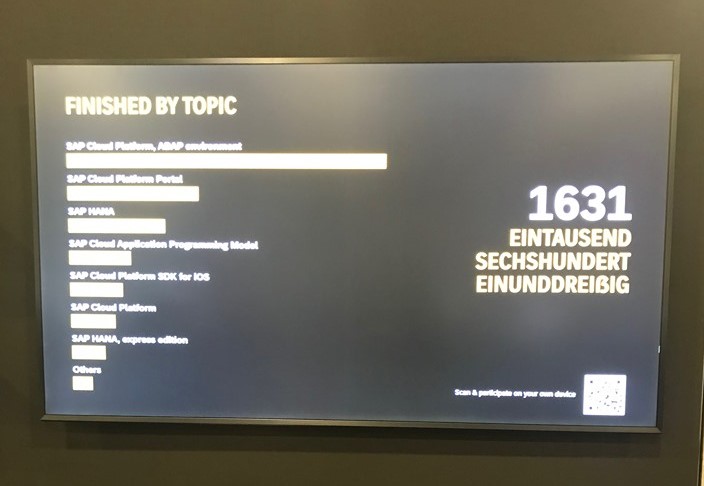 Craig Cmehil talks about the Developer Garage — and more! — in his recap video. Good thing too…because I’m tired of typing.

And, yes, I managed to bomb another one of his videos. See if you can spot me.

If you don’t spot me in the video, spot me tomorrow for the last day of SAP TechEd Las Vegas. I’ll be in the Community Lounge throughout the day. And if you don’t wanna see me (I can’t imagine why you wouldn’t), make sure to stop by for Craig’s unconference!

And just like that…my job is done for the day. But was it well done? Or simply done any way at all?

I’ll know tomorrow morning when I wake up and read the comments.

Sleep tight, Las Vegas…if you sleep at all. 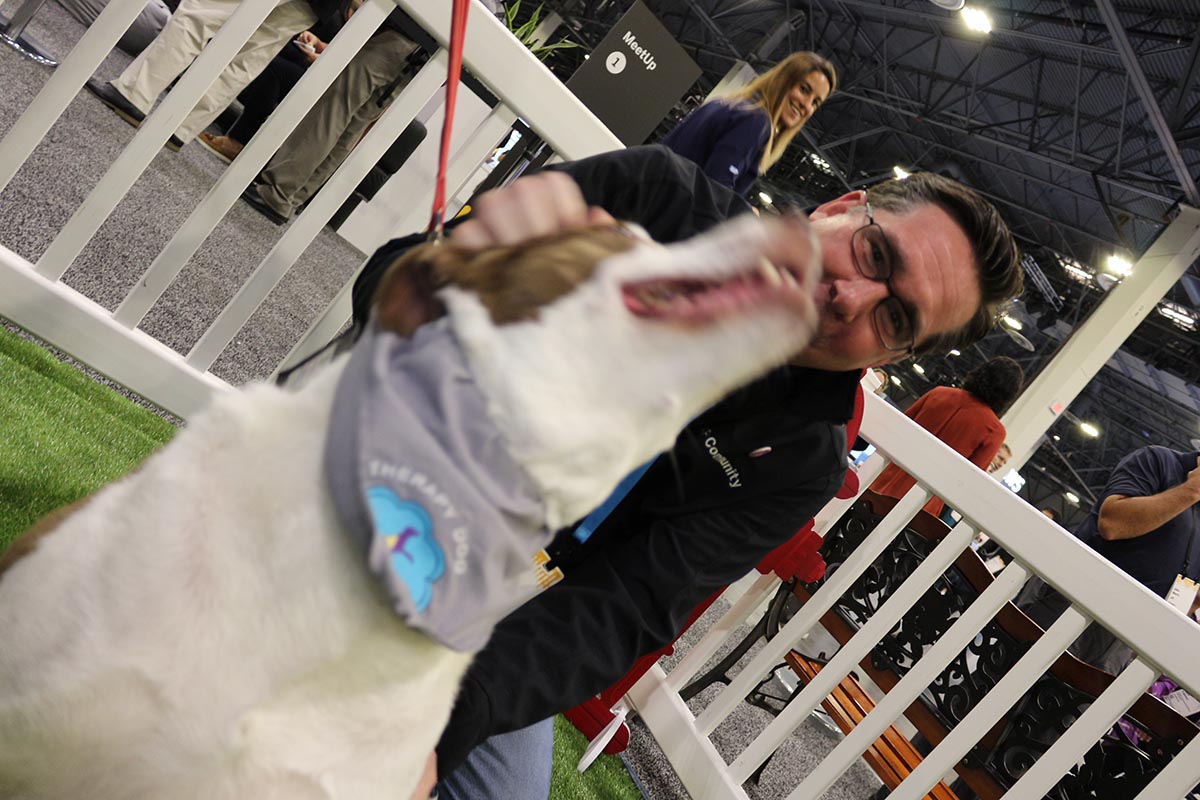 “We can’t stop here, this is dog country!”

🙂  Woohoo!  Jerry to the rescue.   I can't even say it's because my mind was overloaded.  This was done on Wednesday.

Thanks to all who made the videos.  It was great fun, and not as hard as I thought it would be.

It was fun for us too. Thanks for participating -- and for everything you do!