What is SAP Trade Management?

Data from CBP UI and TPPM UI is stored in SAP BW DSOs. Data is also retrieved from these DSOs and displayed on UI. Major DSOs below are used in TM 3.0 solution

Example:  CPG Company like Nike sales data to its various retailers like Walmart, Tesco etc. is internal source data and is stored in DSO /JBPB/TINTA

2. /JBPB/TEXTA – This DSO holds the external source data like sell out volume (Retailer sales to end customer). This is generally POS data and usually will be a flat file source.

Example: Retailer like Walmart sales date to end consumers is external source data and is stored in DSO /JBPB/TEXTA

Data flow among these DSOs is divided into two parts.

CBP data is stored in /JBPB/ILOTE and Trade promotion data in /JBPB/DTP or /JBPB/DP. Planned Baselines will flow from CBP to TPPM at the time of creating a promotion. National Account Managers (NAMs) can use this baseline values and plan for uplifts target on top of baseline. For example, baseline volume for a particular week is 100 units and NAM wants to target 25% increase in this week through a promotion then uplift will be 25 units. Once this promotion is created with uplift volume, it will flow to CBP and total volume will become 125 units. 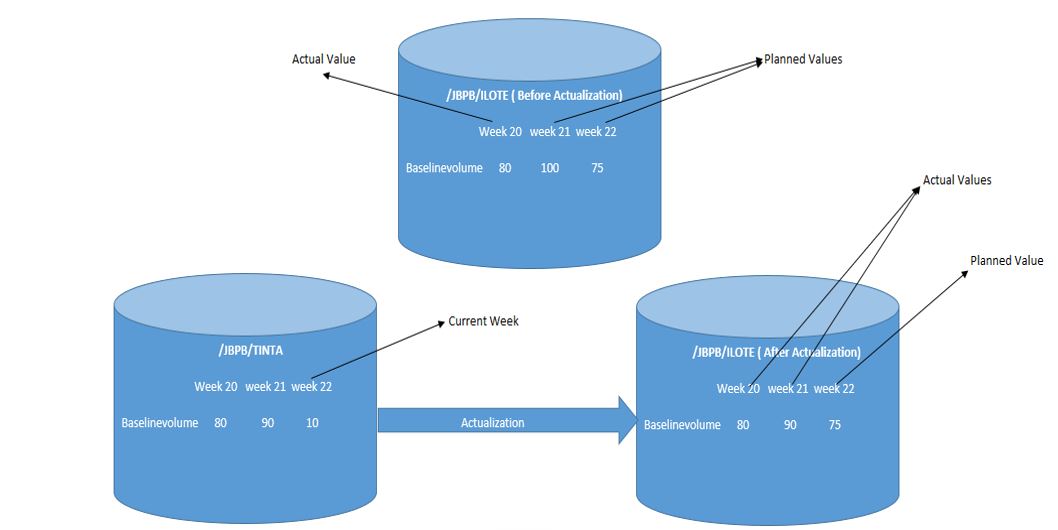 It is important to know the flow of data among these DSOs which are major building blocks of SAP Trade Management solution. This document helps you to know about Important BW DSOs used in building SAP TM solution and  back end actuals and planning data repository of SAP TM application. Hope you had a great learning.