On Monday at the SAP Tech Ed pre conference in Las Vegas SAP held an Executive Technology Summit during which Amazon Web Services (AWS) showcased some of the joint work it is doing with SAP Leonardo IoT on IoT interoperability.

A live demo of “Cloud to Cloud” interoperability between AWS IoT Core and SAP Leonardo IoT was delivered to the over 160 customers attending the event.

A new device or “thing” representing a fully functional model conveyor belt which was on stage for the demo was created in the SAP Leonardo IoT Thing Modeler and mapped to the AWS IoT Core device.

After starting the conveyor belt device telemetry data for both belt speed and error state could be seen flowing through AWS IoT Core and into SAP Leonardo IoT. Within SAP Leonardo IoT business rules were configured to take a specific action when certain error conditions are detected in the device.  With the device telemetry data flowing an error was simulated on the conveyor belt by forcing it to stop.

In this case, the goal was to create a service ticket in SAP Field Service Management (FSM) immediately upon detection of an error so that a technician could be dispatched to take corrective action. SAP Leonardo IoT brings important business context to the raw telemetry data from the SAP core, for example asset information such as location, service history, customer SLA can be added into the service ticket in SAP FSM so that the field technician has all necessary information at hand to fully understand and respond to the issue. 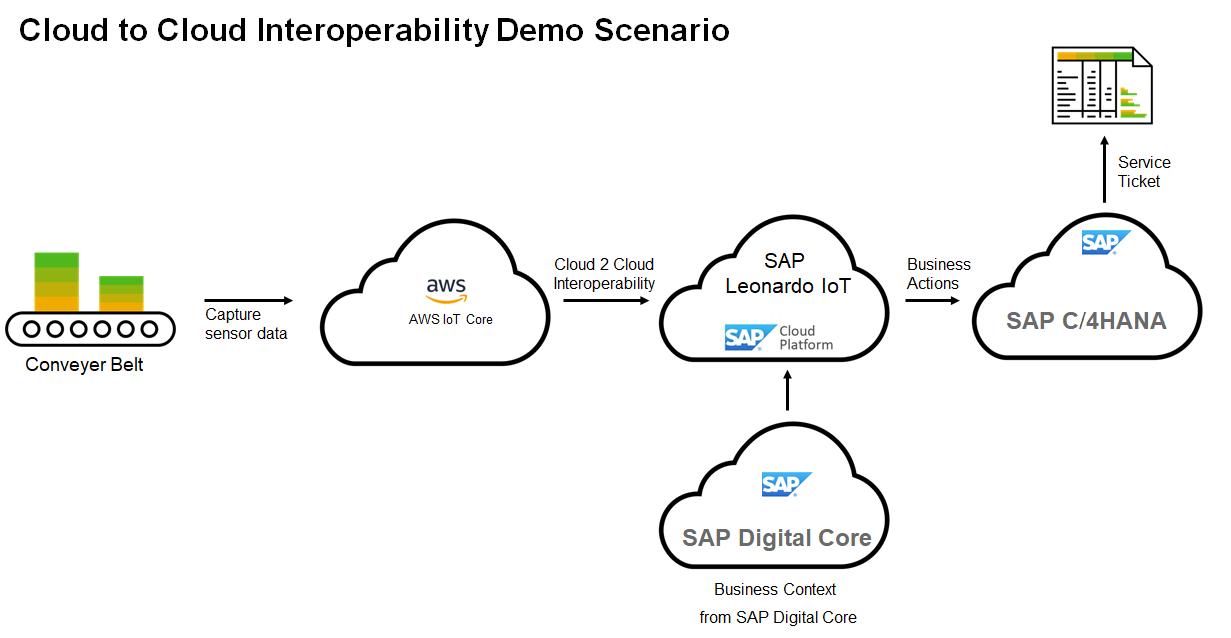 If you are attending SAP Tech Ed this week stop by the AWS Booth 511 for a 1:1 expert session on SAP IoT Interoperability with AWS IoT Core.