Kumaresh V S has been with SAP for over a decade and a half now, and today works with the SAP S/4HANA Test Engineering team where his team is responsible for test deliverables for S/4HANA On-Premises and Cloud solutions. His current team of 20 direct reports also carries out browser qualification for cloud and On-Premises releases. As an employee in a people management role for over six years, Kumaresh has learned that diverse perspectives and an inclusive culture are paramount for team and individual success.

Back when Kumaresh was a Product Test Manager, he learned about SAP’s Autism at Work program. The then leader of the Test Center he worked with introduced the idea of onboarding colleagues with Autism Spectrum Disorder (ASD) onto the LoB, and Kumaresh immediately loved the idea of including differently-abled people. He recalled, “I felt extremely proud and passionate about the idea of onboarding and engaging with colleagues who have a completely different set of abilities, besides providing them with a respectable career and life.”

About five years ago when Kumaresh had only begun his role as a people manager, he was disheartened to learn that not many in his organization, then, were keen to onboard people with autism onto their team. There were three colleagues from the Autism at Work program who needed to be led and engaged for meaningful careers based on win-win partnership, so Kumaresh volunteered himself. He said, “I was quite passionate about it, I just put my hand up and said I would like to embrace them to see what I can do for them and their careers.” He is proud to still have two of the original three Autism at Work colleagues on his team today.

Kumaresh continued, “The team takes a lot of pride in having colleagues from Autism at Work and helping them which has been a great benefit, but the biggest benefit has been leveraging their strengths for their career growth whilst adding value to SAP’s business.” Kumaresh and his team mentor and coach their colleagues in the Autism at Work program daily. The team is grateful for the experiences shared with them, the lessons learned from challenges, and the bond they have all built with one another. In fact, one of Kumaresh’s colleagues with autism is a fantastic artist, and Kumaresh has procured one of his paintings and framed it as a place of pride at his home.

To ease their transition onto his team and gain better understanding of their likes and dislikes, Kumaresh reached out to the parents of each of his Autism at Work team members, actively involves the parents, and considers them an integral and inseparable part of the process. He described, “It’s so nice for the parents to be connected with the manager because they get a better sense of security and trust, and on the other side I can talk to the parents about coaching and mentoring so colleagues with autism can live more independently and gain a greater understanding of their world at work.”

Kumaresh’s commitment to helping others and to neurodiversity ties to his personal values of excellence, courage, and happiness. He is also proud of his contributions and is always thinking of how to help his employees achieve not just the results they want—but the results they deserve. Kumaresh mentioned, “I’m seen as an impartial person, and I take a lot of pride in being impartial, inclusive, and results-driven with a passion to take my employees where they should go. I carefully use the term should because people often don’t know where they want to go, and where they want to go might be very different from where they should go – to leverage their god given potential.”

Furthermore, Kumaresh attempts to be as bias-free as he can. While everyone has biases, Kumaresh concentrates on mitigating his own and argues we should judge people by their competencies rather than letting other characteristics influence decision making or opportunity. Kumaresh values people who have trusting and respectful personalities and emphasized, “I have zero tolerance for any lack of respect for another team member.”

Additionally, Kumaresh believes an atmosphere that fosters relationship building is conducive to a collaborative, inclusive, and productive culture. He emphasized, “I don’t look at my work relationships with people as short term, I believe in building a relationship that sustains itself even if I were not their manager.” 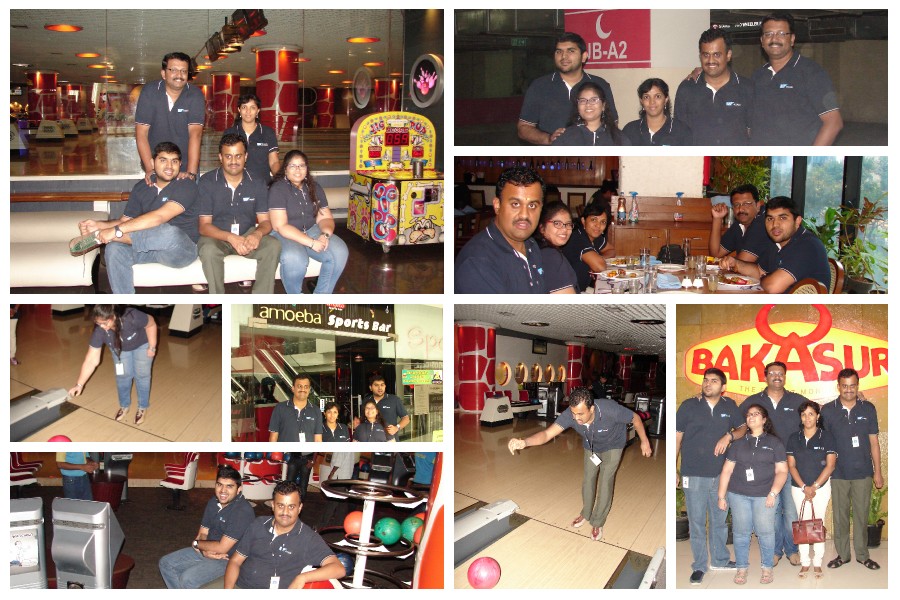