As we have seen in our previous blog on “How to optimize AO reports performance, by adjusting the BEX query”

Provide an optimal value for the “ResultSetSizeLimit” parameter in AO

Limiting the amount of Data sets processed across different layers, plays a major role in controlling the health of the system.

AO provides a feature, of controlling the maximum number of crosstab cells that are loaded from the server for one data source, using the parameter “ResultSetSizeLimit” . If this parameter is set to -1, the setting uses the values defined in the BW system.

i.e. by performing the following steps 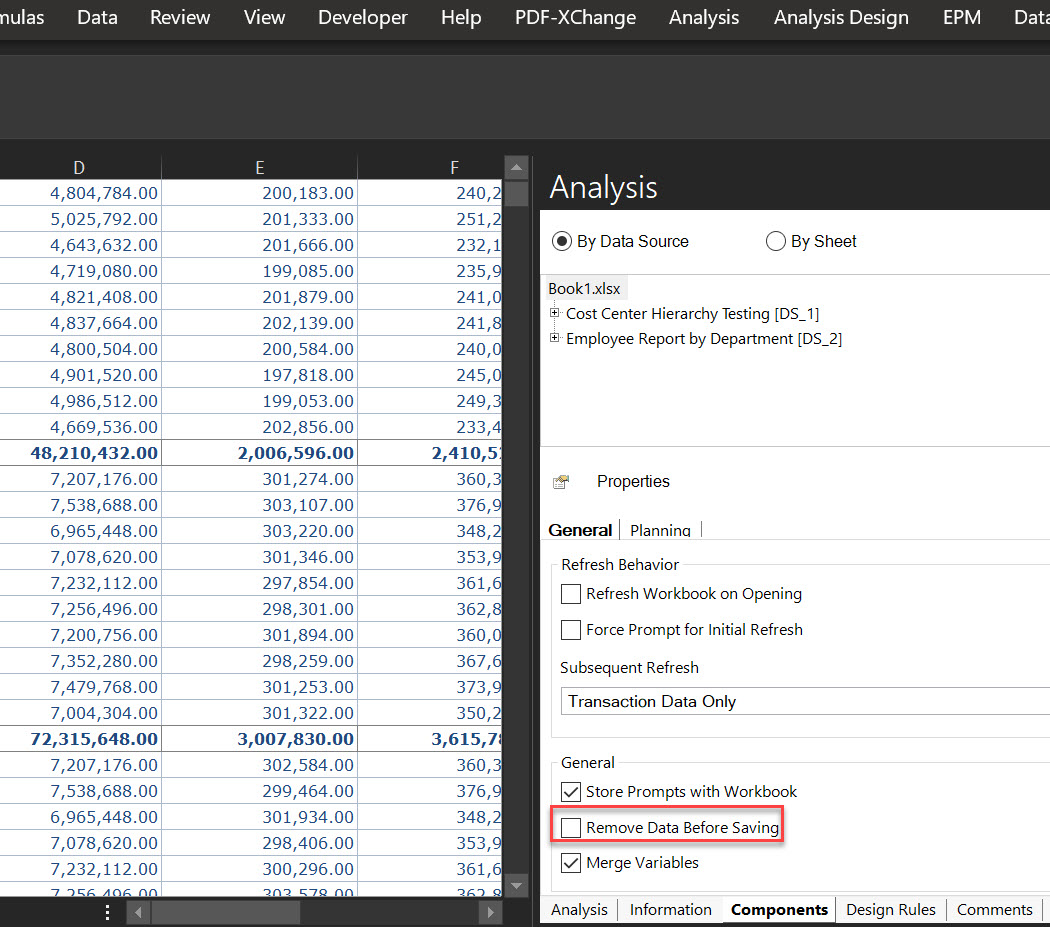 To be done along with Recommendation 3

Caching increases the performance of the AO reports, by saving certain amount of data locally.

Which could be enabled using the parameter “IsCachingDocuments” at two places

Caching Locally in Analysis for office

i.e. by performing the following steps

Caching in the BI Platform

To enable caching for documents stored on a BI platform, the following prerequisites have to be fulfilled

Note: Supported with BI platform with release 4.2 SP3 or higher

To be done along with Recommendation 4

AO report could be either updated by reloading the complete data of a data source or by using the delta data.

This feature is available using the parameter “UseDataSourceDeltaUpdate”.

Performance of viewing a report could be increased, by setting this parameter to true. Which then loads the delta data of the data source and thus reduces the traffic .

Delta Update to be enabled as follows:

If you change the parameter value to False, the complete data of the data source is reloaded to Analysis

Performance problems could occur, while AO is communicating in scenarios having “wide area network (WAN)”, and could lead to increased loading time of the application.

This could be avoided by enabling “RfcBundling” as follows 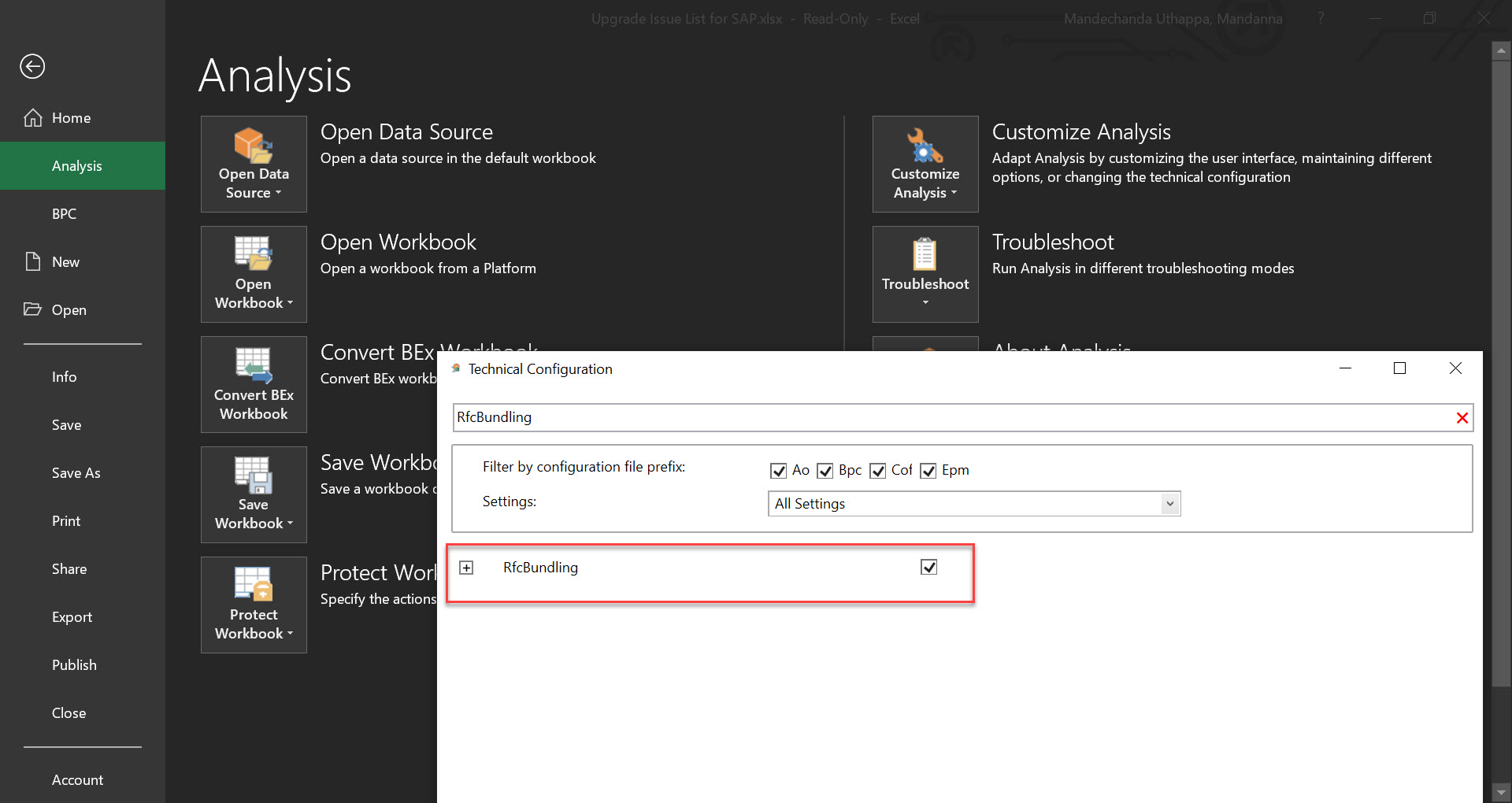 Loading time of the AO report could be improved by defining the Sheet Type to “Non-CFO Worksheet”(for those sheets, which does not have AO functionality added).

As “Non-CFO Worksheets” are ignored from Analysis Office processing, which thus improves the initial loading time of the AO report.

Styles are used to format the crosstab cells.

It is observed that, if the AO report has been developed using large number of style sets, then this would consume certain amount of time in preparing the AO report(i.e. certain calls to Excel get very slow.).

Thus its advisable to keep the style set to a minimal level , while developing the AO report. 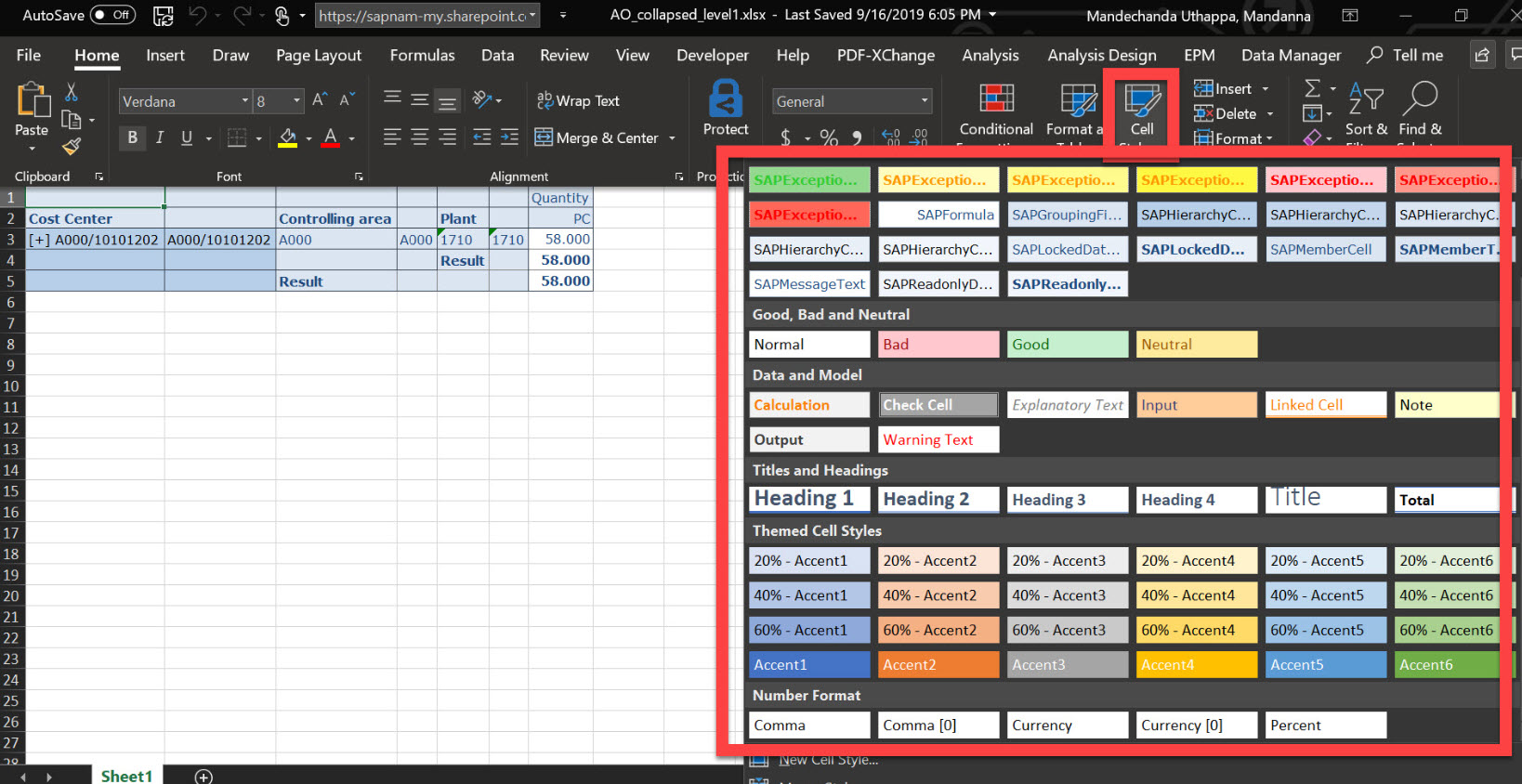 Macro’s and VB scripts could also lead to poor performance in loading to AO reports. Thus its advisable to keep these things only if required.

Please refer to the below link, if Customers wants to MASS CONVERT the large amount of “Bex Analyzer workbooks” into AO reports. 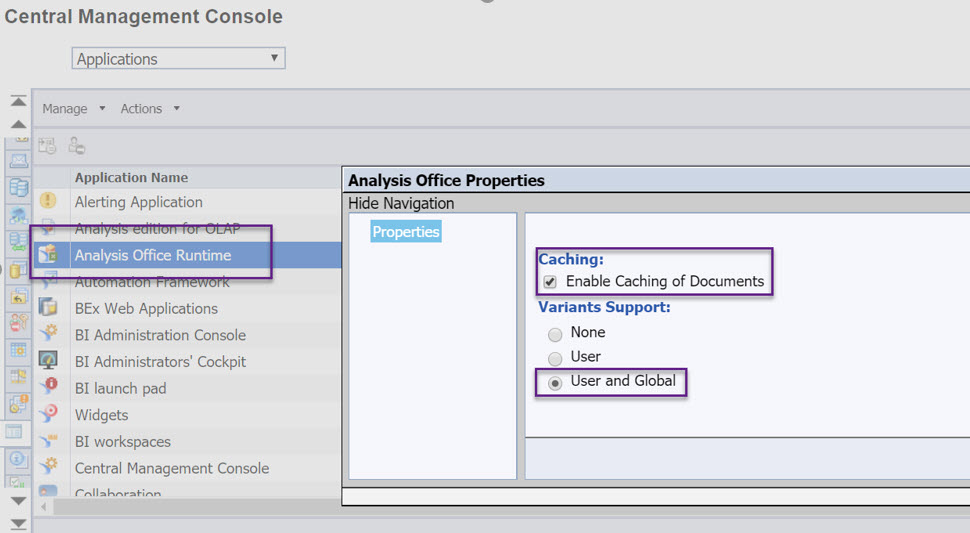 We are currently facing performance issues wit AFO reports. Current version of AFO installed in 2.6 SP 03. We have recently upgraded the BI platform from 4.1 SP 10 to 4.2 SP 07 and hence we see the enable caching functionality available in CMC and have enabled it.

Can you pls help me understand how does this caching works which is enabled at the BI platform. How long does the cache is valid and gets released and new cache is built? And is this cache stored on the BI platform server?