We are thrilled to announce the release of a new feature within SAP Cloud Platform Workflow: start forms. It is available in the Cloud Foundry environment. You can configure a workflow start application as a tile in an SAP Fiori launchpad based on a start form. 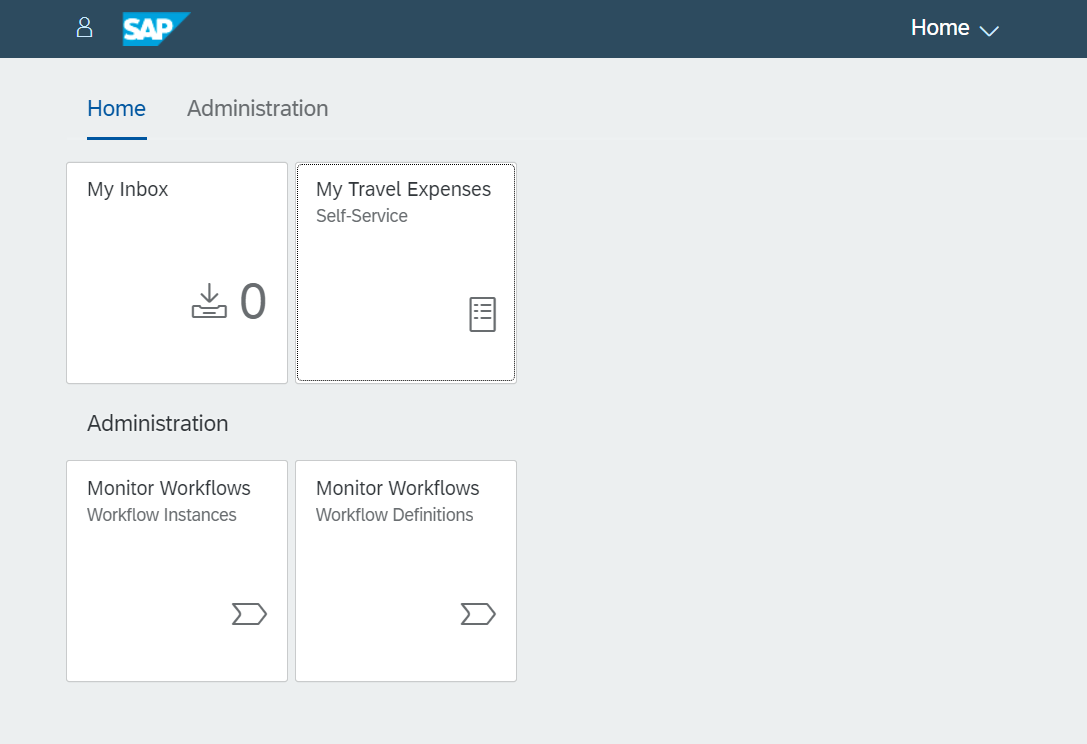 Your end users can then start a workflow via this start application after filling out the form. 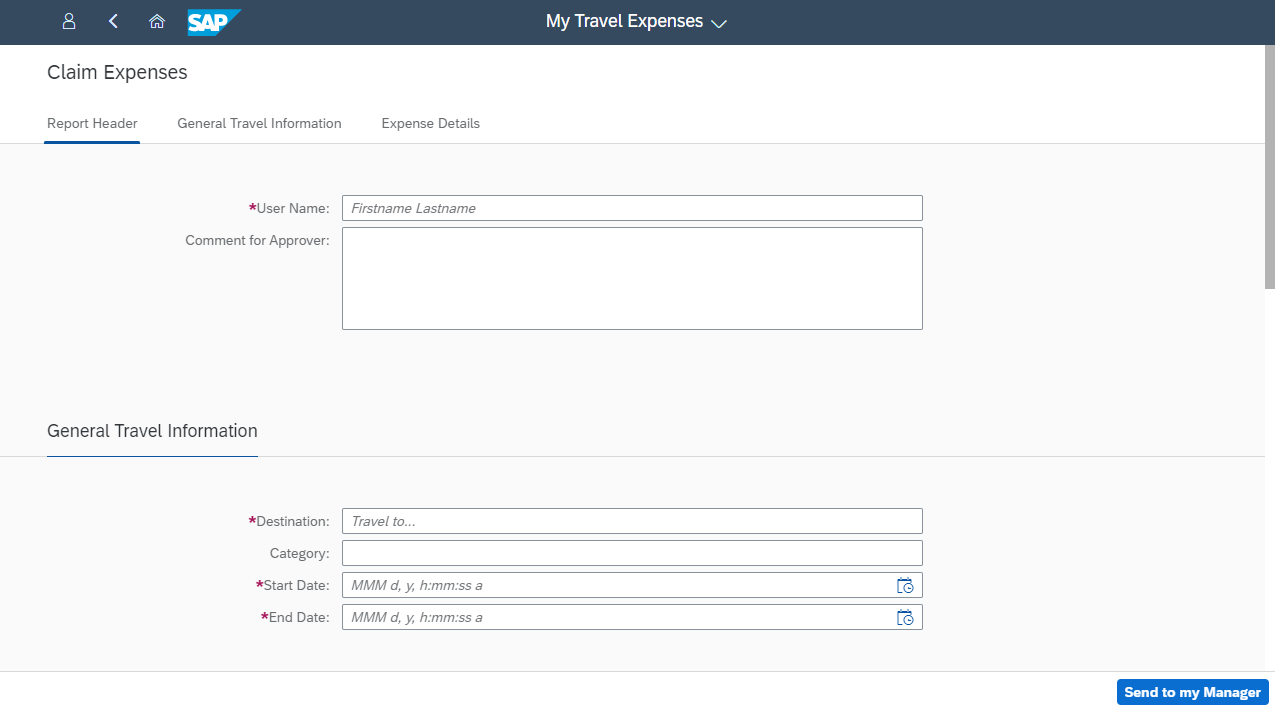 Starting a Workflow after filling out the Form

Let’s have a deep dive into this new feature and learn how you can benefit from it.

Although, it was easy to model forms for user tasks, it was time consuming to build a complete workflow application including a start user interface (UI). Previously, developers had to implement a custom SAPUI5 application to start a workflow of their workflow application. With the release of the start form feature, there is no need to build the SAPUI5 application anymore, for simple start UIs. Hence, making it possible to build workflows faster with less effort of coding. Also, the workflows are less prone to errors.

To keep things simple, a start form can be modeled like a task form. Before using a start form to initiate a workflow, you must configure it as a tile on SAP Fiori Launchpad. Since the header information for the form is derived by the configuration of the tile, you must adjust the parameters in the tile configuration. Simply, by setting the relevant start form ID, its revision, complemented by an app title (“My Travel Expenses” in the screenshot above) and a form title (“Claim Expenses” in the screenshot above).

The workflow to be started by the start form is referenced in the form’s definition (Workflow ID “simplifiedexpenseapproval” as defined in “SimplifiedExpenseApproval.workflow” in the screenshot above). It is modeled within the form editor in the SAP Web IDE Full-Stack. 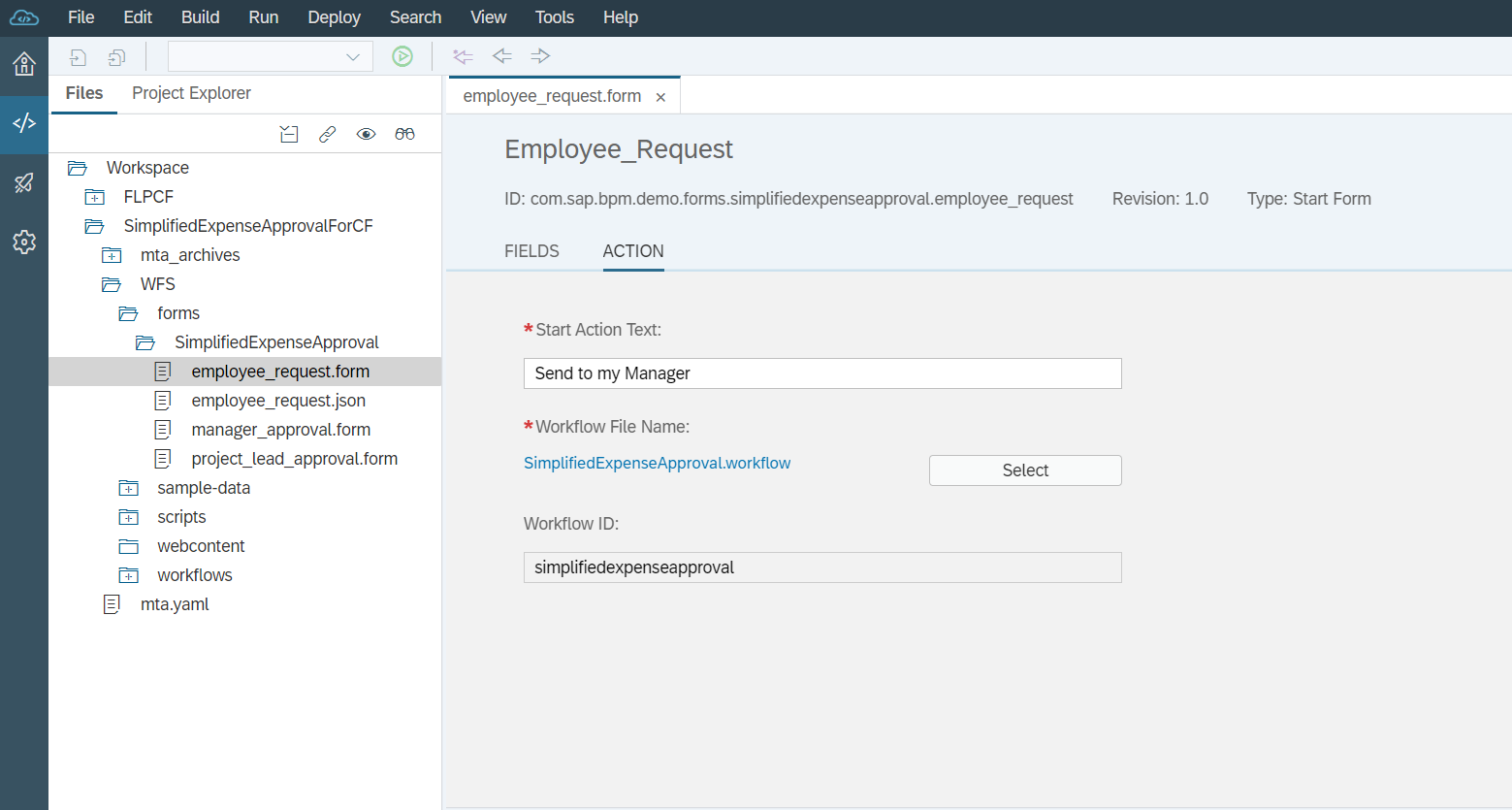 Referencing a Workflow in a Start Form

Note that, start forms will be rendered like task forms but without header information. Also, start forms do not have decisions but a configurable start button (“Send to my Manager” in the screenshot above) to start a workflow.

We hope that this new feature will bring added value to you. For more information, see Creating a Workflow Form.

By the way did you now, we have just released an additional feature for Task Forms, namely collections. Curious? Check out Add Collections.

Nice feature. Is the plan to offer such new capabilities only in CF environment?

Not in general, but some new features with platform dependencies will become available only on CF.

We recommend in general to migrate to CF to also benefit from new capabilities like MTA transport and SAP Cloud Platform Process Visibility.

Guys, Is Neo environment having concept of start forms under BPM cloud workflow services? How we can have a form that can serve as start form and once it is submitted the workflow continue to next step