Did You Miss the Sports & Tech event?

Jesse Owens wore his first pair of athletic shoes 83 years ago in Berlin during Olympic Games where he won four gold medals. The shoes were made by Adidas specially for him. Since then, the best athletes started to look for the best sports-wear and other big brands came up looking for performance improvement and to avoid injuries. Berlin Olympic Games was also the first one to be televised in black and white .

The connection between technology, athletes and fans never stopped, only the way it’s done changed. Nowadays, not only the best sports-wear are available, but also software to assist staff and players, like SAP does with the SAP Sports One and to allow fans to get the best experience, other solutions are offered, like SAP Event Ticketing, SAP Customer Checkout, ERPs and CRMs making a smart arena/stadium concept. 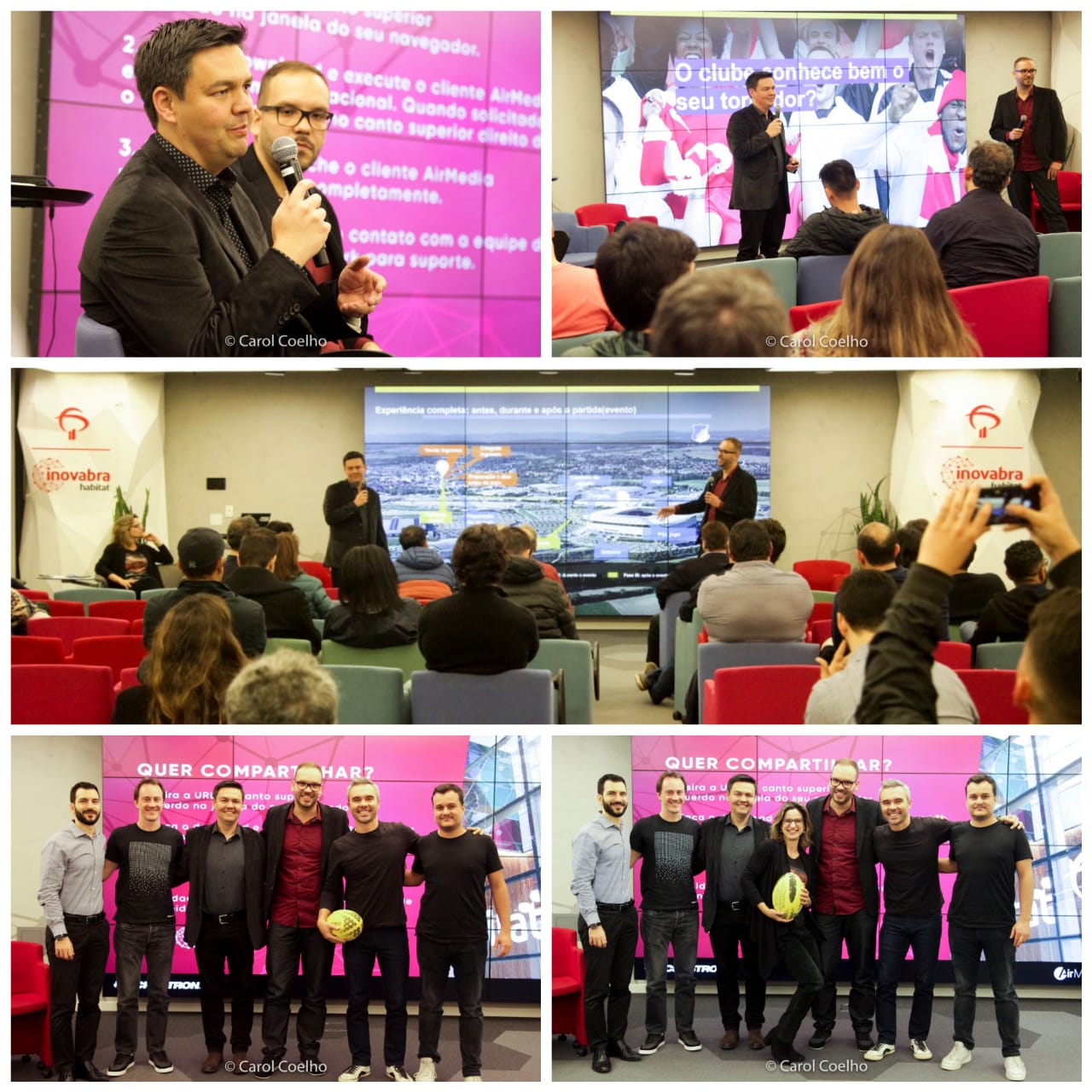 The way the communication is done also changed, we still have the television, but with a fancier broadcasting and other possibilities like social media and streaming. More than half of the global population is connected, some of our challenges are: how can sports change the training, the distribution, offer a better match, a great fan experience and of course, how to monetize?

Sports and technology were always connected and this connection increases every day. Sports is also about working hard, strategy and methodology. Did you know for example that the paper “The New New Product Development Game” from Hirotaka Takeuchi and Ikujiro Nonaka published in 1986, based on Rugby movements and strategy inspired Scrum methodology? The old sequential approach to developing was not so effective anymore and companies in Japan and the United States started using an holistic method, as in rugby, the ball gets passed within the team as it moves as a unit up the field. This holistic approach has six characteristics: built-in instability, self-organizing project teams, overlapping development phases, “multi-learning,” subtle control, and organizational transfer of learning. The six pieces fit together like a jigsaw puzzle, forming a fast and flexible process for new product development.

Sports are changing, some habits are changing, the way we play, the way we watch, the way the products are consumed is changing and technology is always available as a tool to support the whole ecosystem.  I can tell you another good example, did you know that the prize for eSports gaming tournaments is now on the same level(or even higher) compared to traditional sports? Take, for example, the ‘Fortnite’ World Cup. The first prize winner, Kyle Giersdorf, known online as Bugha,  got $3 million, more than the amount paid by Wimbledon Open.

All the topics above and much more was part of the Sports & Tech event last week in São Paulo at InovaBra. Anderson Schmitt and me represented SAP as speakers, our presentation was “Reinventando a experiência do fã com o uso da tecnologia”.  Beth Romero, journalist, was the presenter, Giuliano Passini from ALMARUGBY, Filipe Scoton from Amazon Web Services, Sergio Verde Selva from DAZN and Pedro Daniel from Ernst & Young joined as speakers. Congratulations to all, including the organizers, for InovaBra por opening their space and hosting this great event and also for the qualified audience present there! What a team, what a wonderful network and what an event!

Nice Post!! I really liked the part of e-sports! It’s really a change to all of us consider e-sports part of  the traditional sports and maybe in the future be part of the Olympics! And also the prizes are huge! I would love to see you writting something about e-sports as well! Or maybe the partnership between companies and organizations like SAP and Liquid. There's a vast universe there to be explored and reviewed! 🙂

Thanks a lot, Gabriel! Definitely this is a wonderful market, let's keep in touch and exchange some ideas, I liked your suggestion and I will try to prepare a content related to e-sports in the future. By the way, would you like to share your channels here? Feel free! 🙂

Yeah sure I can share.
The main one is on ” twitch.tv/gkmattos “. Most of my content are in Portuguese but I can prepare something in English as well.

Acctually Twitch is the main platform for streaming and e-sports competitions. You can always find a variety of contents there. Maybe a good place to check and prepare something for E-sports? Maybe get in touch with Team Liquid as well?