A Historic Verdict That Changed Lives

A Historic Verdict That Changed Lives

The decision taken by the Supreme Court on the case – Navtej Singh Johar & Ors. v. Union of India thr. Secretary Ministry of Law and Justice – was a landmark ruling by the highest judiciary body of India. In its decision, taken on the 6th of September 2018, the 5 judge bench ruled that the application of Section 377, of the Indian Penal Code, to consenting adults, was unconstitutional. While sexual relations between consensual adults has been decriminalized, Section 377 remains in force relating to sexual acts with minors, non-consensual sexual acts, and bestiality. As a year has nearly elapsed since the historical verdict, we’ll see how the ruling has impacted all of our lives.

Before we look at the impact, let’s take a quick glance at the history of Article 377.

The 5 Judge Bench of the 2018 verdict included, Indu Malhotra, Rohinton Fali Nariman, A. M. Khanwilkar, D. Y. Chandrachud and the then Chief Justice of India, Dipak Misra. The bench’s unanimous verdict instilled hope and determination in an entire nation and beyond.

Since 6th September 2018, there have been a lot of stories that have surfaced. One of those stories is very close to the Navtej Singh trial. The lawyers arguing for the petitioner of the Navtej Singh case included Menaka Guruswamy and Arundhati Katju. The two advocates of the Supreme Court proudly announced their relationship in an interview hosted by a major Indian network television operator. They cited the 2018 verdict as not just a professional milestone, but also a personal win. In April 2019, both of them were featured in Time Magazine’s list of 100 most influential people in the world.

The verdict also made waves across India’s sporting community. Asian Games medal winner and a national record holder, Dutee Chand, a professional sprinter, came out in May 2019, becoming the first sportsperson in India to be openly gay. Dutee said she found the courage to come out after GaySex was decriminalized by the Supreme Court in September 2018. Currently, she is focusing on the upcoming World Championships and the Olympic Games.

The far-reaching impact of the ruling can be seen through Arnab Nandy’s story. A Mumbai based techie, Arnab celebrated the Supreme Court’s verdict by sharing a picture on his Facebook account. In the picture, Arnab is seated between his mother and father, both of whom are holding up a poster saying: MY SON IS NOT A CRIMINAL ANYMORE. The Facebook post went viral with a lot of people using the picture as their own Display Picture to show support.

While countless such stories of personal wins have emerged, the verdict has also brought about a lot of changes within our community. The Judicial stance, which was made abundantly clear on September 06, 2018, was accompanied with admirable support from powerful corners of our Legislative Body. A spokesperson from the ruling party and leaders of other national parties welcomed the decision of the Supreme Court. Jagdambika Pal, a Member of Parliament, introduced a bill seeking amendments to the Army Act, 1950, the Navy Act, 1957 and Air Force Act, 1950 with a view to give equal rights to members of the community and enable them to serve in the armed forces. Transgender Persons (Protection of Rights) Bill, 2019  was introduced in India’s Lower Legislative House (Lok Sabha) in 2019 and was approved by the cabinet of India on July 10, 2019. Many states are also working on laws to quash bias and enhance the lives of members from the LGBT community.

The verdict has emboldened a lot of people from the media. The trend is clearly visible in the entertainment industry. Critically acclaimed shows and movies such as Made In Heaven, Sacred Games, and Ek Ladki Ko Dekha To Aisa Laga, have shown lead characters who are from the community. These stories have portrayed the matter with a lot more sensitivity than how it was portrayed in the past. It’s heartening to see major production houses bank-rolling such projects and providing a medium to demystify misconceptions.

In the wake of the ruling, even Multi-National Companies have gone from being tacit supporters to openly allying with the cause. Coverage for SameSex partners under medical insurance, LGBT employee networks, bias training, pride month celebrations, and employee sensitization are some such efforts undertaken by most major corporations. 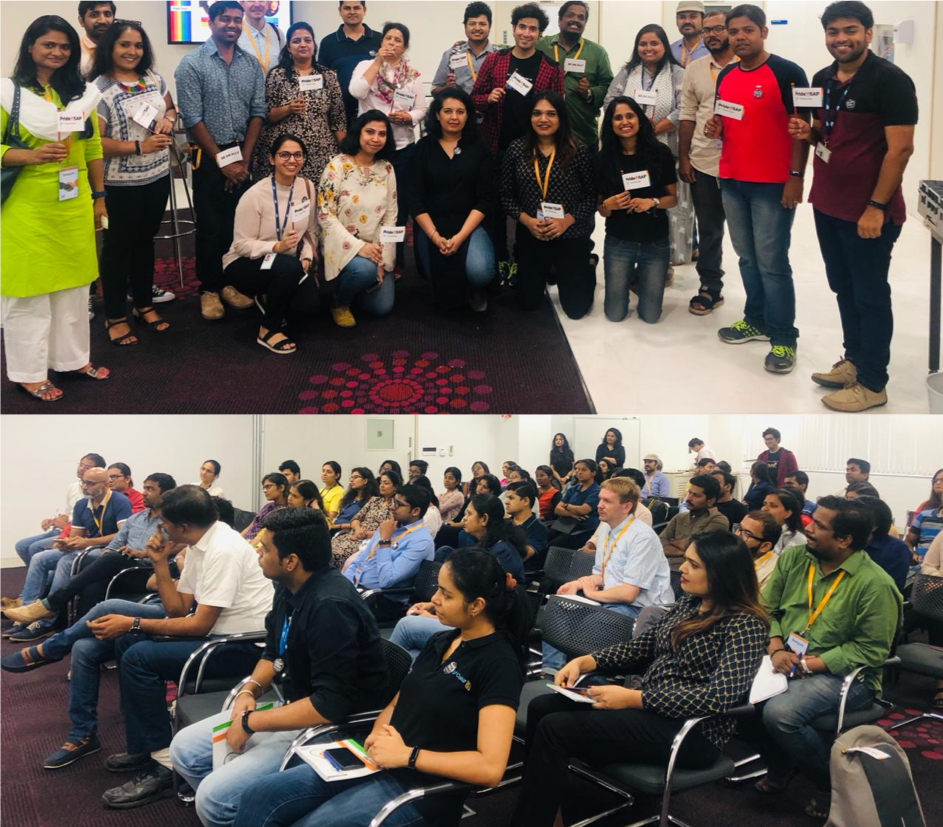 The results of what an empowered employer can do to a person from the community are exemplified by the story of our own colleague. Sameer, an employee at SAP Labs India, said he came round to accepting his identity only after joining the organization. He considers the company’s LGBT-ally network a much-needed support system. 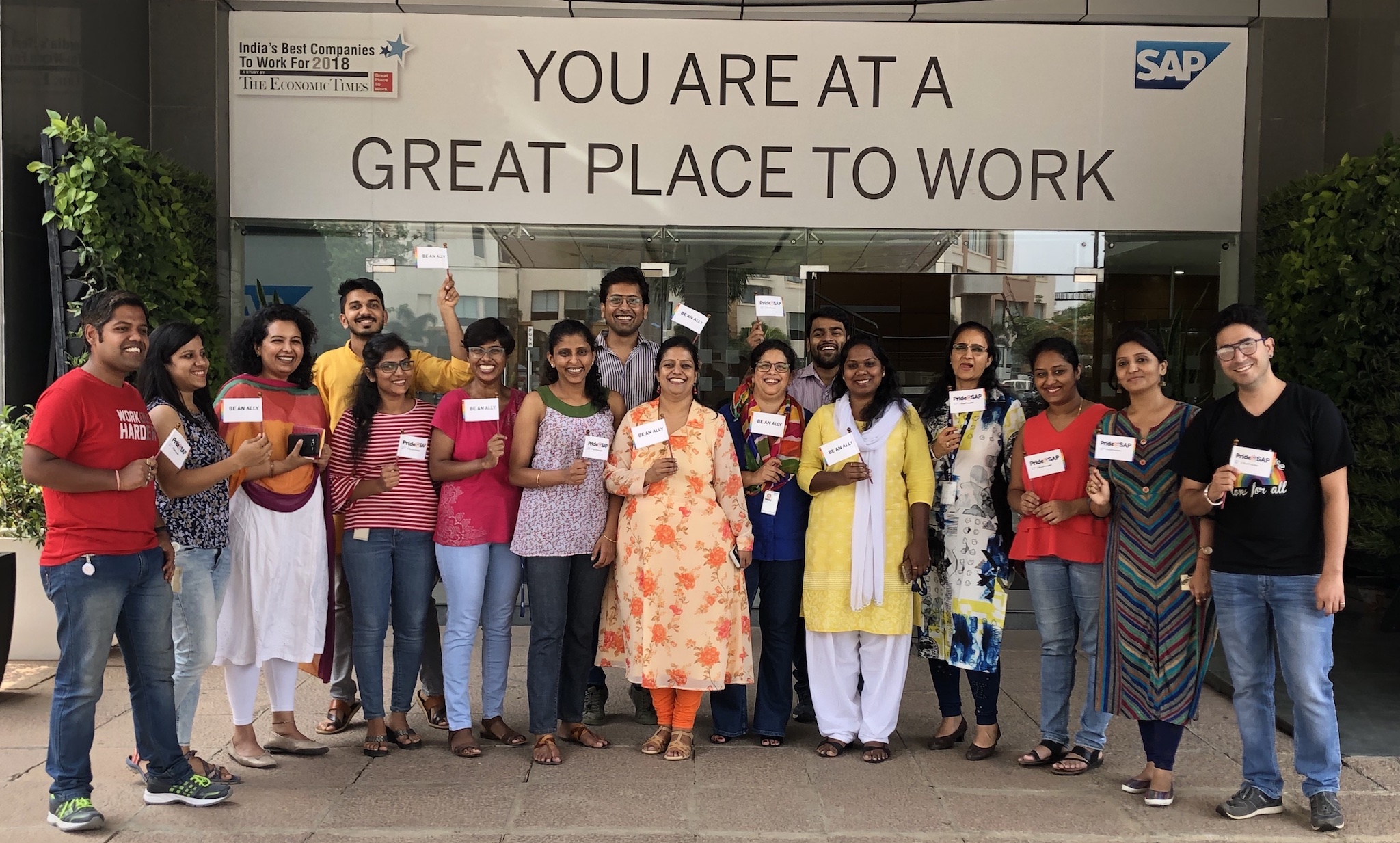 Although the Supreme Court’s ruling has been a precedent-setting verdict, with far-reaching consequences; almost everybody quoted in this article agrees that this is just the first step. The ruling for Article 377 upheld the right to an individual’s privacy and the nature of a relationship between two consenting adults. However, the struggle for equality before the law continues, as the battle to legalize SameSex marriage and adoption for SameSex couples is in the works. Efforts are also being undertaken to strengthen existing laws to protect the members of the community from vicious hate crimes, and discrimination to own or reside in residential areas of their choice. While India had a law, predating the 377 verdict, in place that outlawed discrimination rooted in an individual’s sexual orientation or gender identity, social acceptance by society at large is still a milestone to be achieved. A microcosm of the world, India is no different from the world in the public opinion its citizens hold. The public opinion in India is complexly divided, varying based on geography and demonography.

In striking down the section relating to consenting adults of Article 377, The Supreme Court of India has kindled hope in the hearts of many. Even other colonial nations, such as Kenya see this decision as a ray of hope in its fight for equality. I see no better way to conclude this article than by quoting what the ruling means for a person from the LGBT community.

“We have the absolute and inalienable right to define ourselves in or own terms and in our own languages. We have the right to express ourselves and our identities without fear of violence or retribution. We are human beings, holders of human rights, and we need to recognized as such within the societies we live in.”

This article has been constructed by using the following references. For further reading, please see the comments section.

This article has been constructed by using the following references. For further reading, I encourage you to take a look at the following: