Refactoring an ABAP Include Monolith

Usually, in R/3 you see a common pattern: Spaghetti-Code within of program includes of a certain function group. Especially, in case of extensions of SAP standard this was required and caused the creation of big monoliths, whereby more than 10.000 lines of code was not rarely.

In addition, another problem as consequence is that only one developer could do a change of the source code, because the whole function group was locked. I would also assume that those changes could not be tested very well. Therefore, the developer would not be aware of any side effects.

This document tries to help you solving that problem.

Apparently, step „zero“ is to get the permission and the budget/time for such a big refactoring.

Also mission-critical is the moment to begin with the refactoring: I would recommend starting before the conversion to S/4HANA, because the conversion could rise syntax errors or other incompatibilities. Unfortunately, not every feature of ABAP unit will be supported on lower NetWeaver releases. However, if you could transfer the old coding w/o any problems to S/4HANA, you can start there as well.

Generally, I recommend as IDE the ABAP Development Tools (ADT) to perform the refactoring, as it is superior to classic SAP GUI. 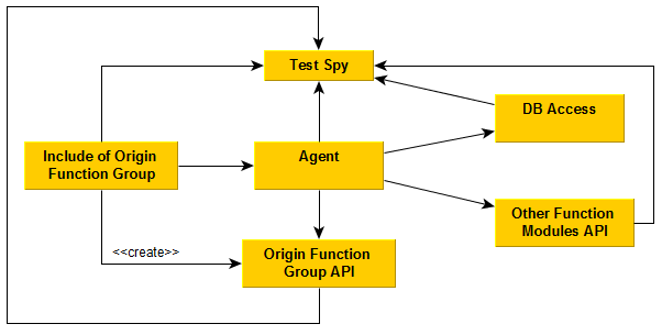 Hint: During the recording, you as a developer could already think about, how to split this big agent class into appropriate business function classes. Surely, you could start with the first test data a prototype in a local copy of the agent. (see also the next steps)

What do you think? Do you have other ideas/best practices? Please share your remarks in the comments. Thanks a lot.