(This was a submission for the SAP Analytics Cloud Hackathon)

Without particular knowledge of SAC, what kind of dashboard can be built in a few days ?

This blog post will give you an example of what can be done.

A part of the business in my company is managed through tickets.

For the “SAP Analytics Cloud: Analytics Designer Hackathon”, I’ve designed in SAC a (small) story whose purpose is to have useful information on tickets.

Data have been extracted from my company’s system, “sanitized” and loaded in SAC using the “file import” feature.

The story in SAC is divided in 3 tabs : 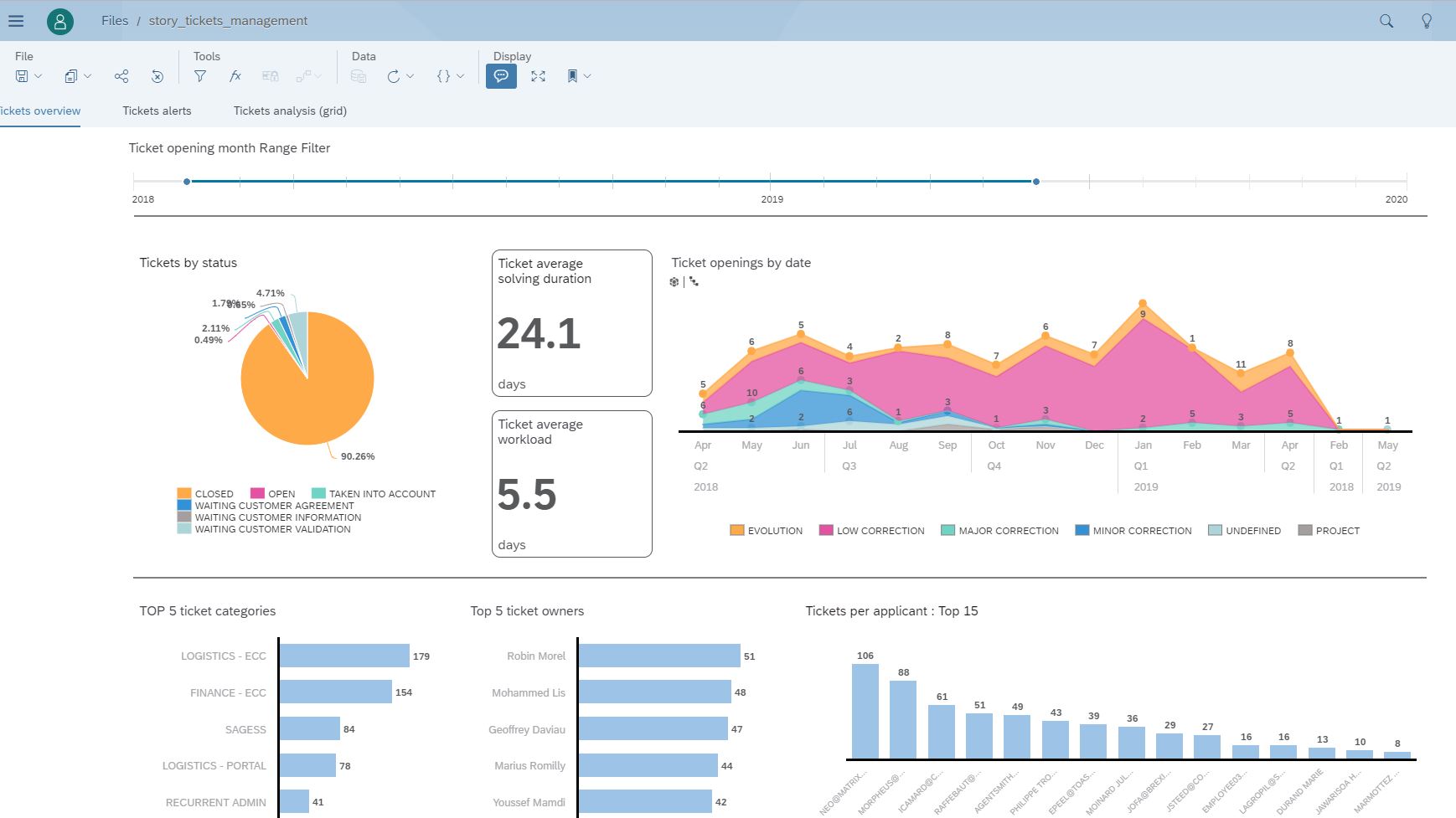 Explore for the chart “Tickets by status” : 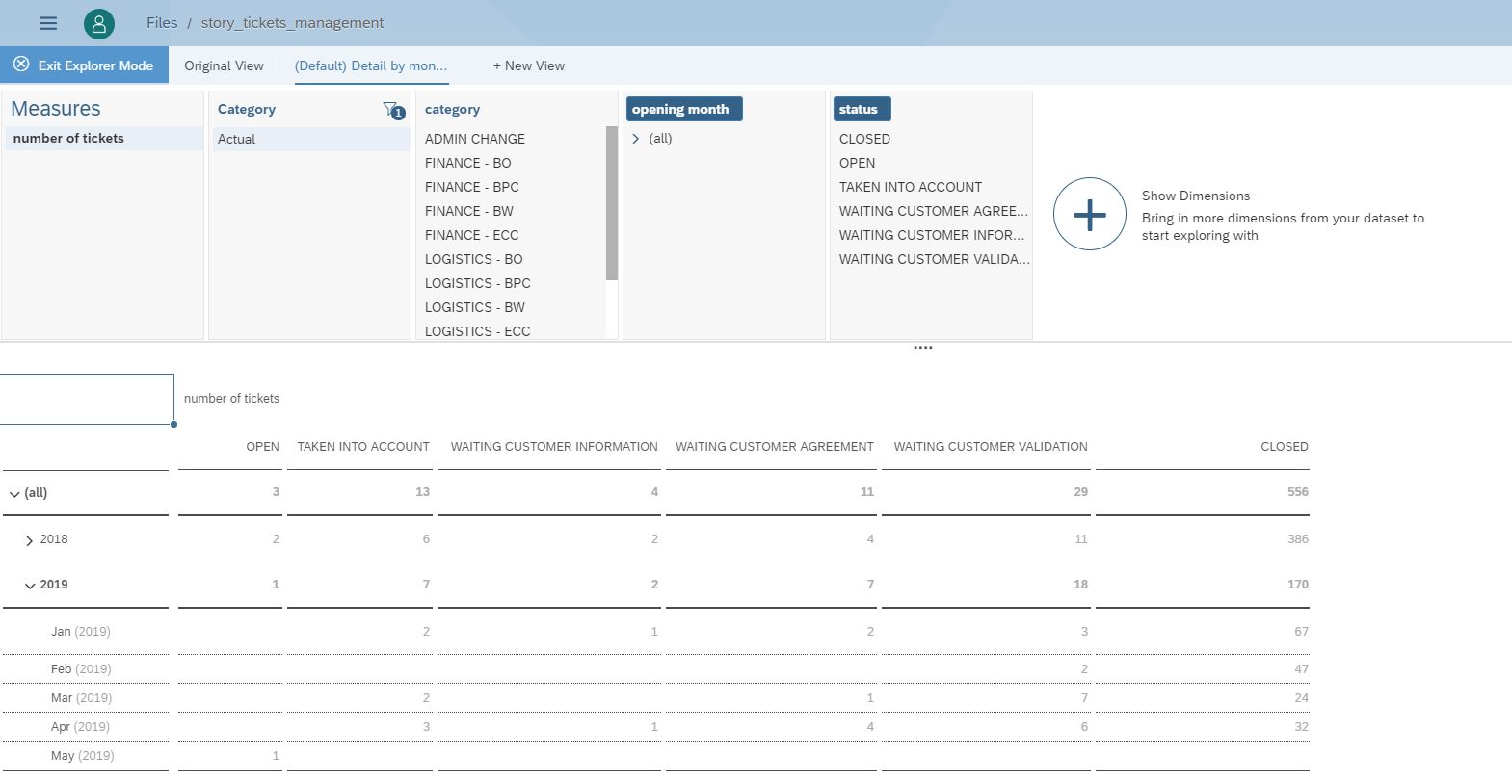 “Explore” from the unsolved tickets :

SAP Analytics Cloud is (quite) intuitive and allows the realization of a dashboard in a few days (only a little part of the SAC capabilities haven been used here).

For the Analytics Designer Hackathon event, data have been uploaded using a file but SAC can be plugged on a BW system (for instance) and thus automatic data loading can be scheduled.