During one of my recent projects, implementing an API using SAP NetWeaver Gateway, I stumbled upon the question to deliver a Swagger / OpenAPI documentation for the delivered API.

Well that was a new one for me! Off course I was used to use Swagger documentation (such as the one SAP Cloud Platform Internet Of Things provides for example), but I never created one myself before. So after a lot of research I was able to create the OpenAPI / Swagger documentation by hand for my API.

Since I really liked the way the Swagger UI was working and how it acts both as an API test tool and API documentation, it got me thinking:

So I went to work!

I had some issues with me previously created OpenAPI documentation. Everything was in place, but testing using Swagger UI was not possible due to Cross-Origin Resource Sharing (CORS) errors since my Swagger UI was running in a different domain (locally on my laptop).

Another thing that got me thinking, how to handle the X-CSRF-Tokens?

Well after some fiddling around, I managed to come up with a transaction that: 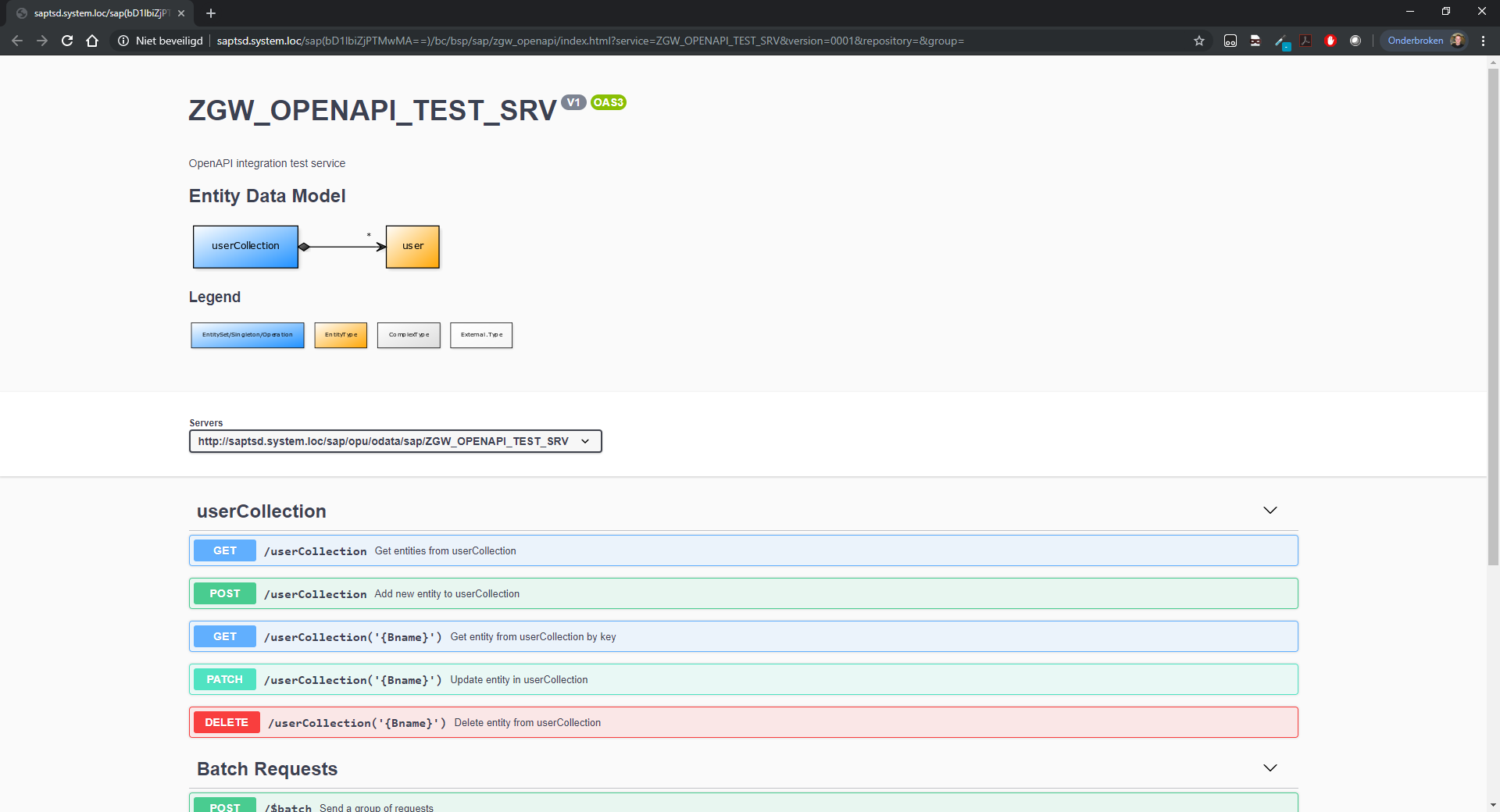 Testing a GET request: 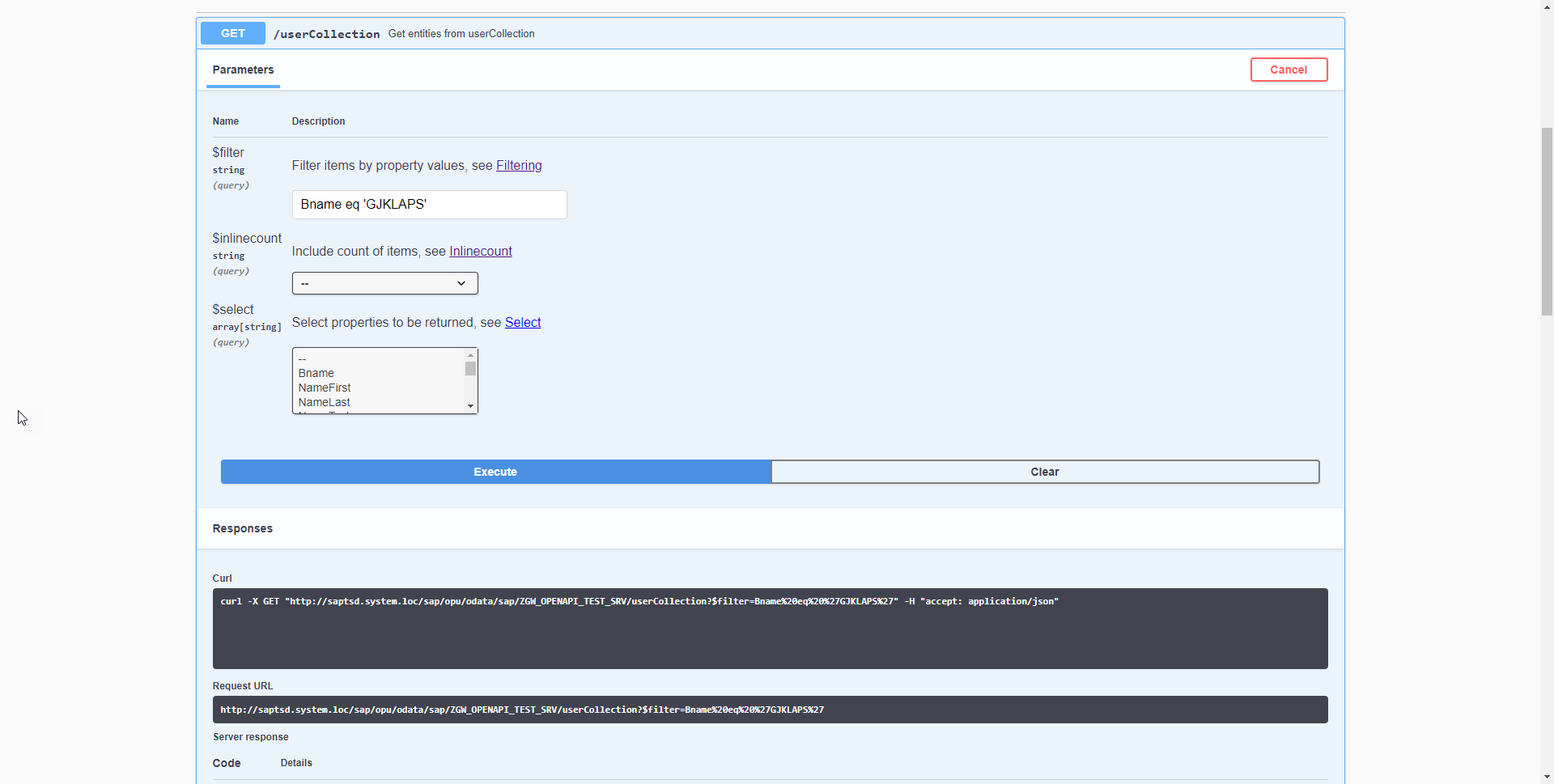 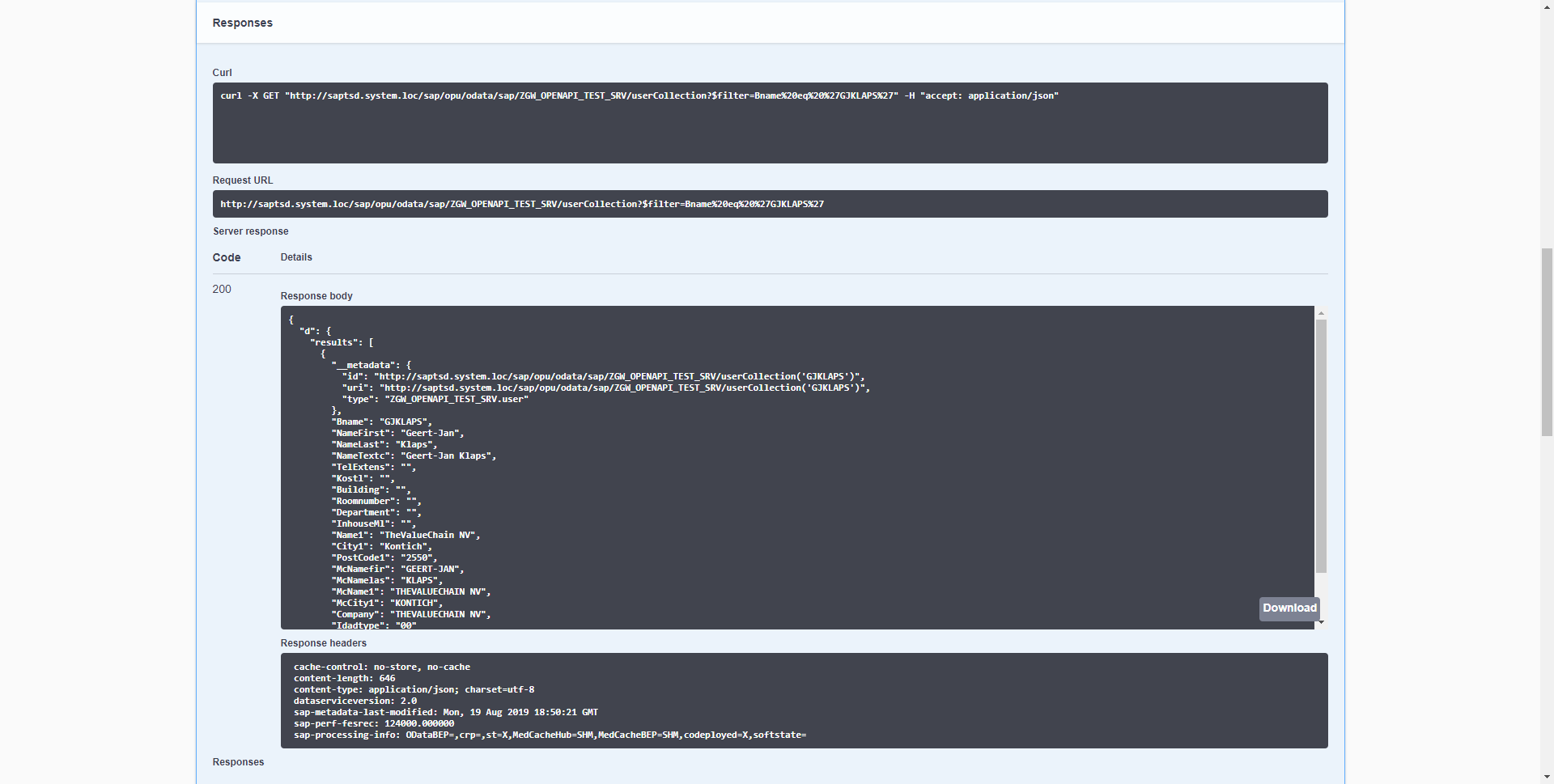 While the base solution seems to be fully functional (except for complex types), I’m still looking into:

I’m very interested in your feedback! Are there any other functionalities that come to mind? (maybe we can even discuss them in person at SAP TechEd Las Vegas?)

EDIT: Solution was released as ABAP OpenAPI UI. Details can be found here.

This sounds exciting!! I was planning on working on something similar, it would be great to have it as open source ( perhaps using abapgit ), I would love to contribute!

You can expect an update in the course of the next 1-2 weeks, I'm going to try to finish up version 1 completely and than look into releasing it using abapGit.

Great initiative! Have you checked existing OData to OpenAPI converters?

Thanks! I did actually! The project you’re referring to is the one I (partially) used for integrating the Swagger / OpenAPI formatting in ABAP.

I agree fully to Giovanni Degani , this sounds very exciting and would be very helpful for our client developers.

It would be nice to have this available as open source with zabapgit!

I just released this solution as ABAP OpenAPI UI.

Details can be found here.

and I have already installed it in our system and put it into use!