#sitOSLO without wings – tips and tricks for alternative ways of traveling

Last Saturday was again SAP Inside Track time! What an event: Many SAP professionals spend half of their well-deserved weekend to meet with others, share knowledge and – of course – also to have some fun. The SAP Inside Track in Oslo (#sitOSLO) made no exception to that. The organization team around Ronnie Sletta and Kristian Larsen did a great job to provide an unforgettable experience to everybody of us. If you look for a summary and report of this year’s (already looking forward to the one in 2020!) sitOSLO, I better leave the stage to Ronnie himself to report directly from the trenches or to Paul Hardy with his summary, who – by the way – also did a fabulous presentation at #sitOSLO. This blog post – however – will focus on the way how I got to Oslo and back. And of course it includes some tips and tricks if you also want to try out alternative ways of traveling both for private reasons and business destinations.

Here’s to the crazy ones

Yes, I did all the way from south-west Germany to Oslo by train, bus and ferry. Well, almost all the way – the first 30km to Mannheim main station were made by car, simply because the train schedule would have been to weird for me on an early Thursday morning. 😉 But back to topic: Many people asked me during the event how this can be done, how long the trip took and how complex the planning was. So here we go…

When I saw the first post about an SAP Inside Track in Oslo, I needed to register almost immediately. Being a long-term Norway aficionado, I saw the chance to combine a return to this beautiful country with some networking, learning and – if possible – teaching. So far, I’ve always crossed the Skagerrak either by plane or by ferry with my car. But are there also other means of travel? As I like traveling by train as well, I gave Deutsche Bahn (German Railway) a chance and checked the schedule from Speyer to Oslo. Wow, over 24 hours total time of travel including a night train without a proper bed or just berth – this is really to the crazy ones. However, I also remembered an old dream of mine when I visited Mannheim the first time in my life, looked at the timetable, saw the night train to Copenhagen and thought: Somewhen, you will do it! Nowadays, it sounds like from another world, but I was around 20 years old at that time, had a completely different view on distances than today as I had never boarded a plane before. I thought Copenhagen must be far, far away… 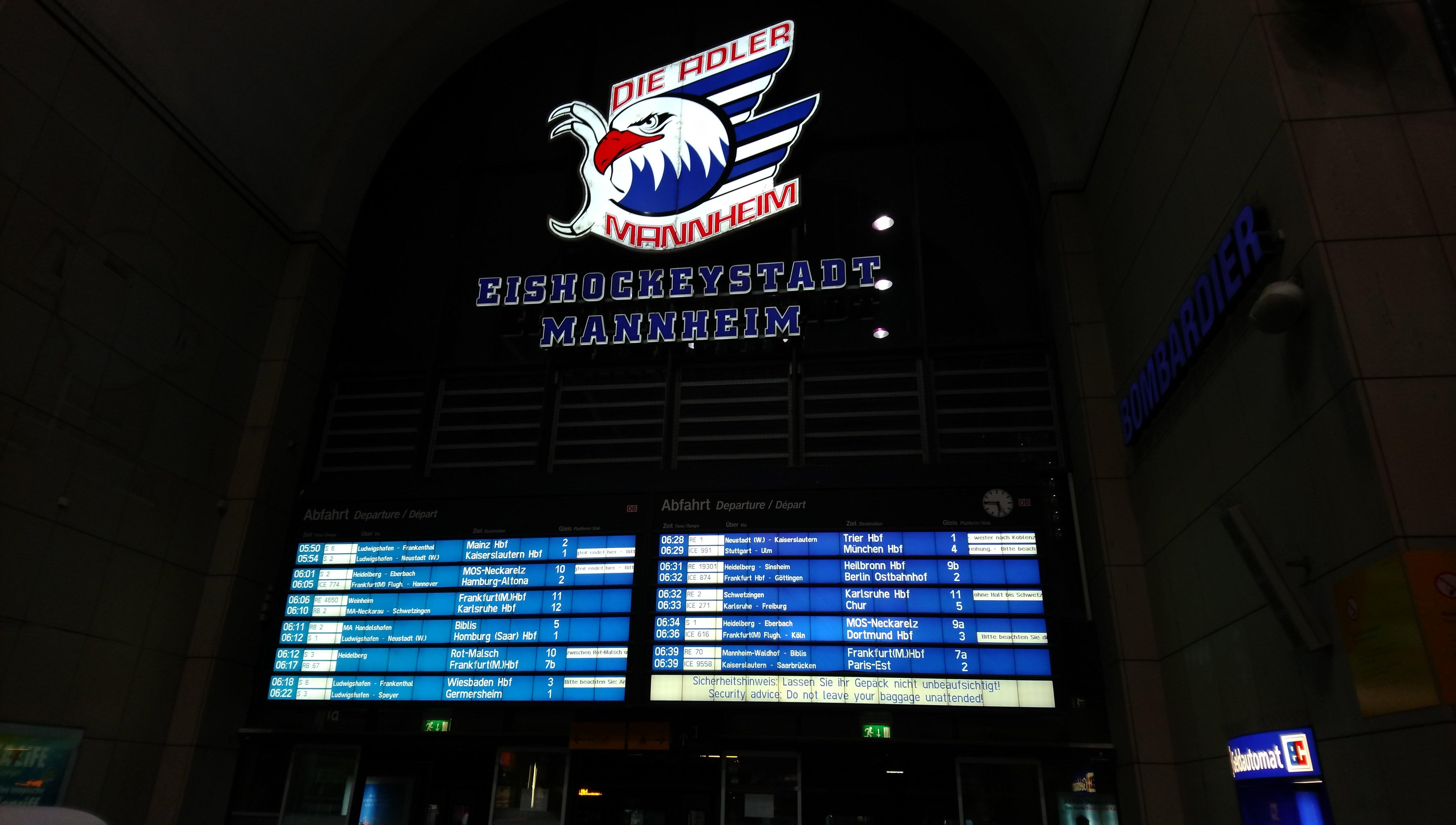 Well, it seems that the time was now! Spending two nights in Copenhagen, once on the way to Oslo, once on the way back also seemed to me a much better option. Moreover, it would include the train ferry (!) option using the “Bird Flight Line” over the Fehmarn Belt which will be gone by the end of the year. So, I checked the train schedules again – that was perfectly doable in two days and a plan unfolded.

How to book cross-border train connections

The ride from and to Copenhagen was done in a minute. DB Bahn has great offers for connections from and to Germany’s neighbors so I ended up with a great deal for the first and last leg of my trip. That was easy… The “fun” started when I tried booking the trips from Copenhagen to Oslo and back. Though there is Loco2, a company which has specialized on cross-country train tickets, there was no fare available for my trip and the usual suspects for ticket price comparisons only feature flights… So, I followed the instructions by The Man in Seat 61 – by the way a great resource for train travel worldwide – and checked out the different train operators along the way. 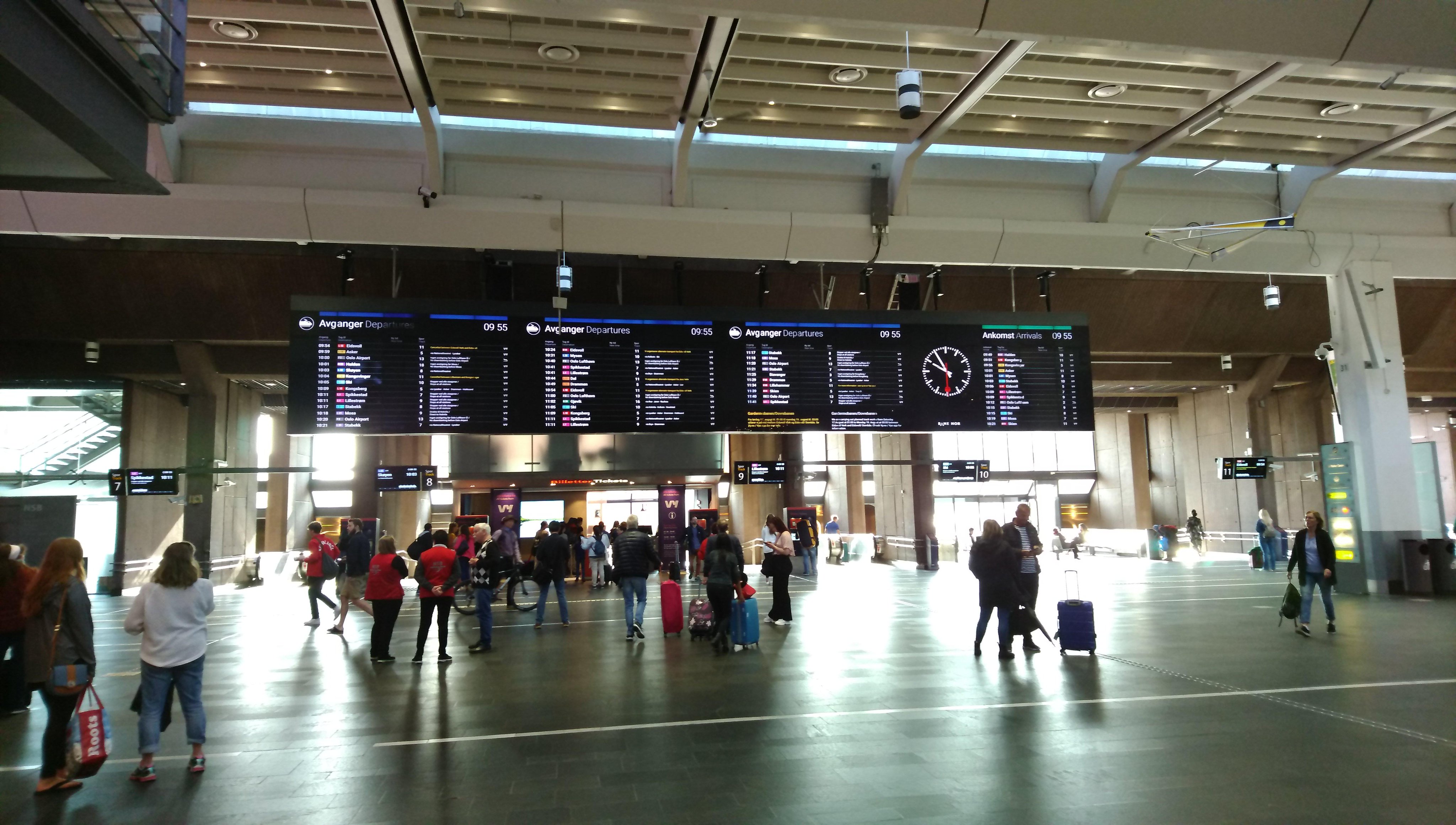 The Danes are quite funny – their state-owned train operator DSB has two different sites for domestic and international train travel. First, you think that there are no connections from Copenhagen to Gothenburg or further north to Oslo and when you switch to the international version you might be impressed by the prices – on the negative side. Next stop: The Norwegians. Their state-owned railway operator “Vy” (which translates to something like “panoramic view”) told me on their website that they don’t sell train tickets from and to Copenhagen – I should take a bus instead. Sounds weird, right? Well, you need to know that they operate busses as well, but anyway… It seems that they don’t take train travel too seriously at the moment as they also recently lost the rights to operate 7 (!) train routes in their mainland against the Swedish Railway. So ended up with the Swedes and their operator SJ. They allowed me to book the whole way from Denmark to Norway at a much cheaper price than the Danes. My last problem was that there was no train from Oslo southbound to Gothenburg on a Sunday morning – the day after the Inside Track. Well, in the end, I needed to bridge the gap between Oslo and Gothenburg by bus – with Vy…

Many reasons to stay on the ground

“I’ll be never that crazy and also don’t have time for such a long travel or even only to check all the connections and ticket fares myself. I’d better stick to flights to such events.“

That’s completely understandable! Especially those who regularly need to travel across the continent or even beyond simply need flights to do their job. However, especially those of us who don’t do that that frequently like me, there might be many reasons to stay on the ground…

SAP wants to go carbon-neutral in 2025 with the approach “avoid – reduce – compensate”. Well, the SAP Inside Track lives (at least to a large extent) from attending in person, especially if you hold a presentation like me. You of course could say that I could have stayed at home to avoid any emissions, but well – no presence, no talk about new technologies… There is a live stream, but that’s more for remote participants who couldn’t make it. So we are already at the “reduce” pillar of the strategy. According to EcoPassenger my train trip caused only about 10-20% of the CO2 emissions (depends on the calculation) of a respective flight. Of course, you also need to add one overnight stay in a hostel to the calculation. Then we would end up in about 15-30% of the CO2 emissions of a flight. So there were quite a lot of emissions avoided which don’t need to be compensated, right? 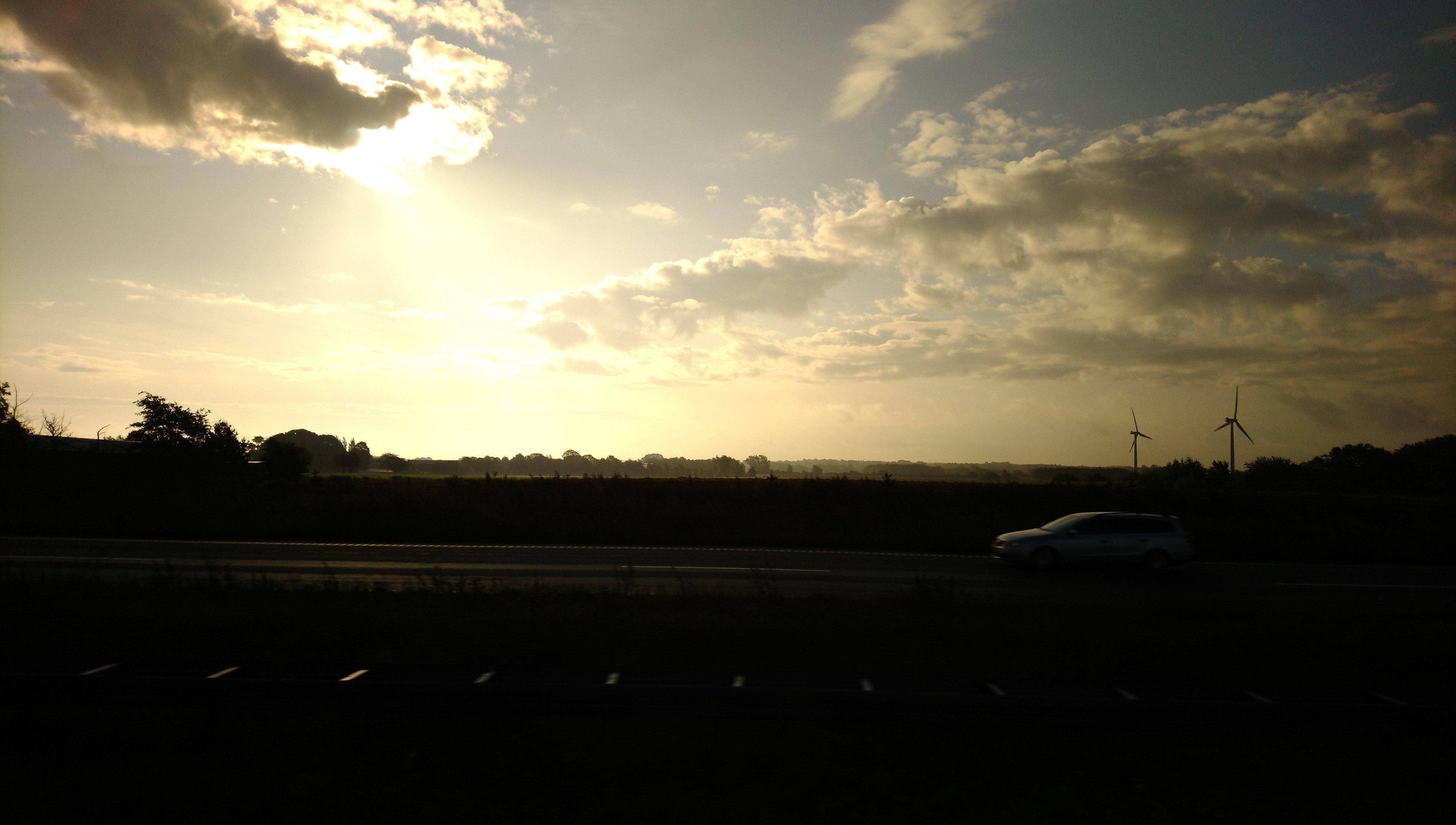 There is more in the package than just reducing emissions – otherwise, I probably also wouldn’t have invested 3 days of my vacation and my money for this trip. I simply like traveling by train. I have much less hassle (for most connections none at all) with security checks or baggage restrictions, I enjoy watching the countryside passing by or simply having a chat with fellow travelers. Moreover, you get a better feeling of the distance you are covering and get to know cities which you would normally just fly over. 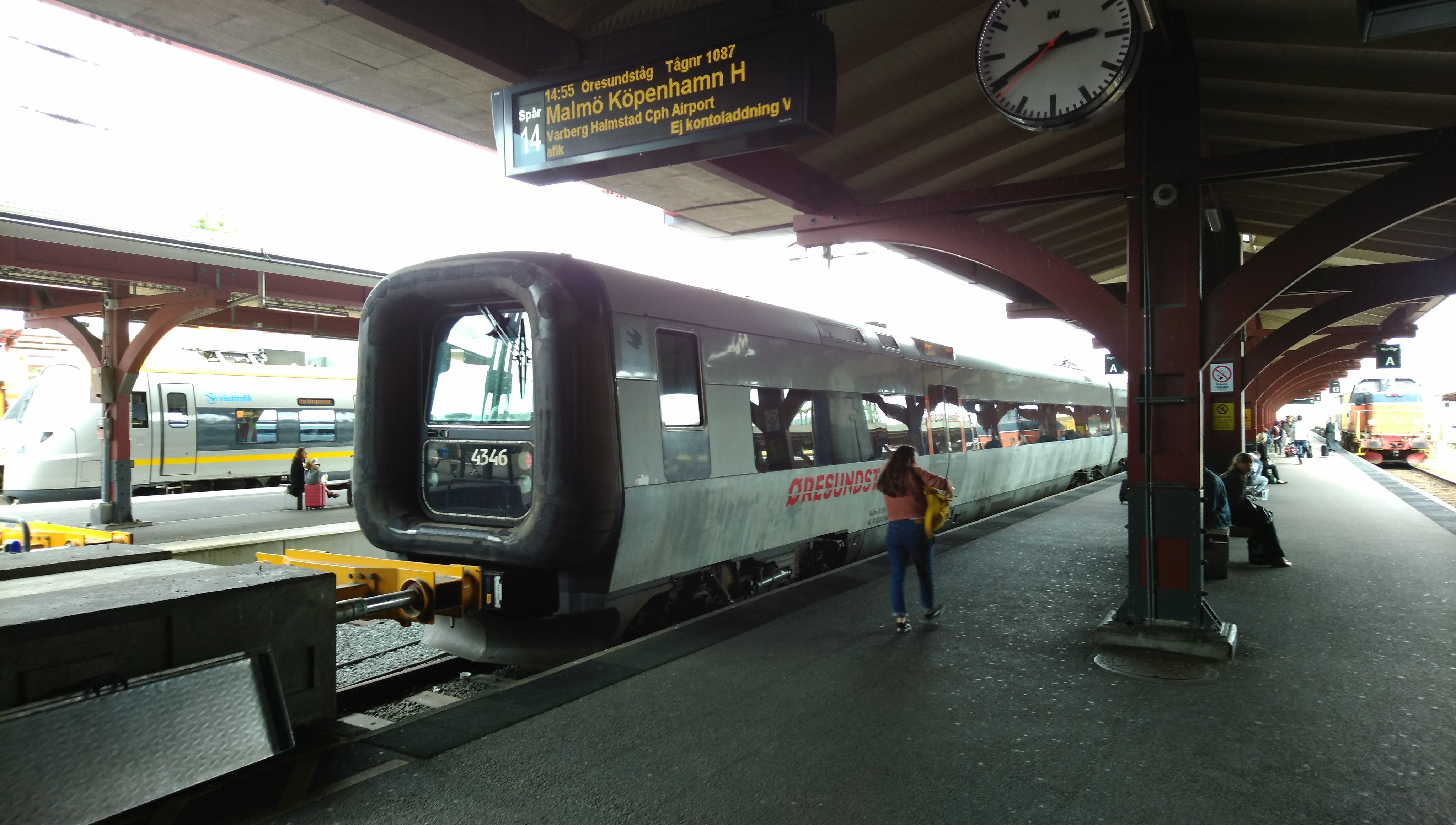 The Luxury of having Time

Especially in our busy times today, it’s simply great to reserve some time off for yourself or for your family while you are traveling. I personally consider it a real luxury to travel from city center to city center without the fear of huge traffic jams (well, there are other issues with railways, yes 😉 ) and without the need for queuing at security check-ins, to be at the airport much ahead in time, to look out for airport shuttles or struggle with taxi drivers. 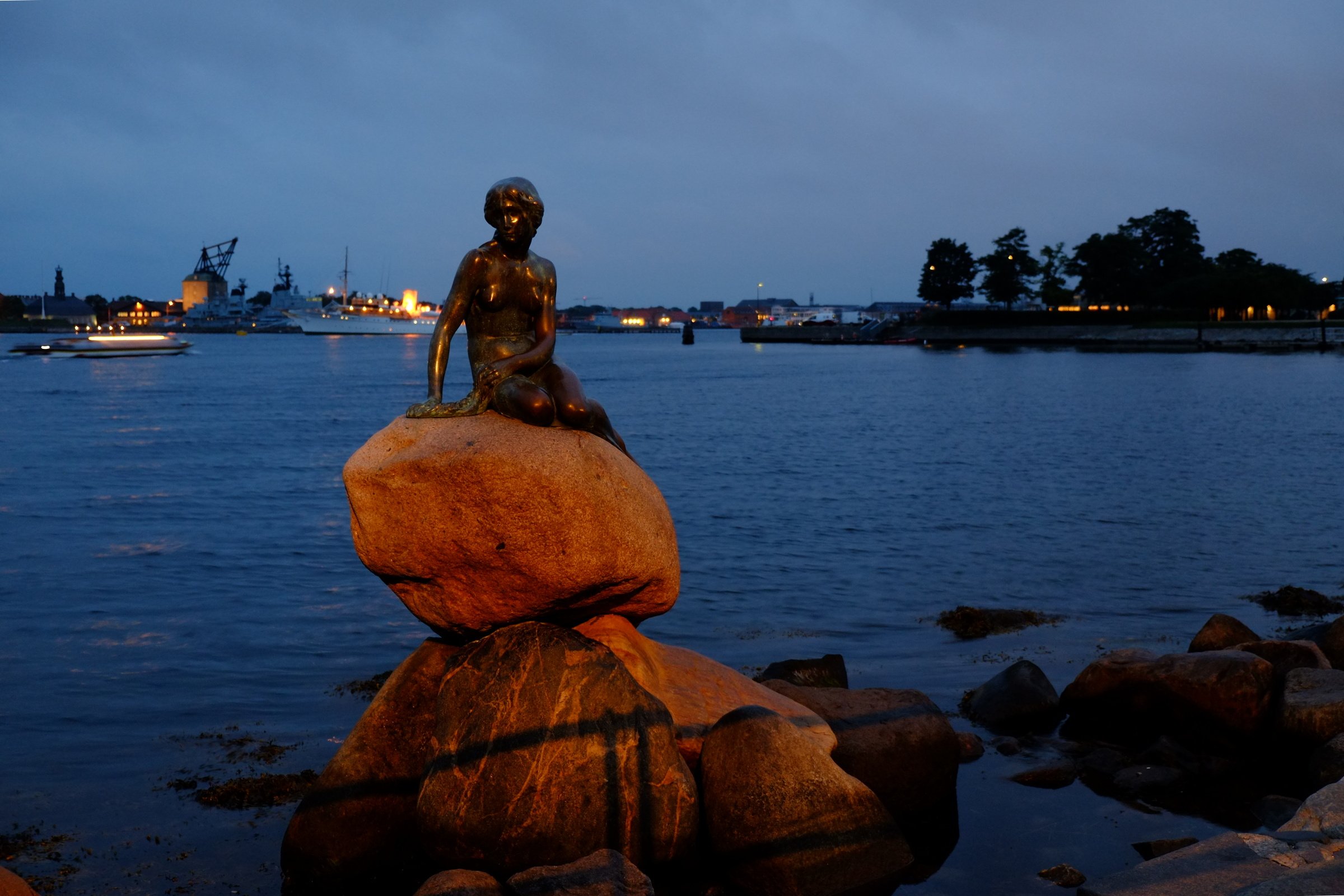 Making a difference for yourself and also for the environment is fairly simple: The next time you plan a business or private trip within Europe, have also a look at train (and probably bus) schedules – DB Bahn has them all for whole Europe! If they can’t tell you a price or if it’s too expensive, split the trip and check out the local operators. SAP TechEd Barcelona is around the corner and for those who haven’t booked yet: You can reach it from Germany in a single day by train and you can also think about spending a night or two in Paris along the way. Enjoy the ride, taste local specialties along the way and make it an unforgettable experience. For me, #sitOSLO was a blast. Not only the event itself, but as well the ride from and to Oslo, including a ferry ride by train, strange local beers in Copenhagen and the revival of some childhood memories in Hamburg. 🙂

Thank you Sebastian, for this great and inspiring blog post. All things rail in Norway is pretty caotic as usual. You can be happy, that we arranged sitOSLO in the middle of august, because all rail in the Oslo area gets closed down for around 6-7 weeks in the summer, for repairs and other work. It's total madness. ?

A tips for travelers to Norway, is using EnTur https://en-tur.no, to plan usage of public transportation. It's said that you can order tickets at least through Sweden and Denmark through their service. Entur is owned by The Norwegian Ministry of Transport and Communications. https://www.entur.org/about-entur/

Oh cool! This one is new to me. I definitely need to try it next time when I'm in Scandinavia!

What an adventure!! And my chocolates got to join the ride ?

I like it. Hope to see you on the RENEF train fo Barcelona 🙂

I'll be coming to Barcelona by Renfe train from Malaga near where I'll be on vacation in October. Just bought my ticket yesterday and am already looking forward to the ~6 hours train ride through Spain.

Unfortunately, there is no TechEd for me this year. 🙁 But I hope you can all enjoy the ride!

Wow, what an incredible journey! It sounds fabulous! I love it.

Did you do at least the night train? I can remember from my childhood we once did it and I REALLY want to do this again. It was such a special experience. I used to travel a lot with the train when I was younger and as my father was working at DB it was of course cheap for us. You meet nice people, see crazy things around you and finally, you see the surroundings. Can't imagine a better way to see lots of the country.

Kudos that you did such a trip for attending an SAP Inside Track. This is real passion! 🙂

No night train this time (as the one which was in the schedule is no real night train, just normal seats - I'm not that young anymore ;)), but of course I still use it from time to time for other connections. Unfortunately, DB Bahn canceled their night train business a few years ago. But on the other side the Austrians (ÖBB) stepped in and serve now quite some connections in Germany as well. Karlsruhe/Mannheim <-> Berlin for instance.