SAP Fiori infrastructure can be setup by executing the tasklists available through STC01. Tasklists are client-specific though they can have cross-client tasks within them. They can be monitored from transaction STC02.

To run SAP Fiori Launchpad, following services are to be active –

For running SAP Fiori launchpad designer as an administrator, the following services are                    needed in addition:

ESH_COCKPIT gives error saying ‘Current client is a copy of another client’ after a client copy.

Try to run the tasklist SAP_ESH_ADJUST_AFTER_CLIENT_COPY. If it fails, run the next task list SAP_ESH_RESET that resets the Enterprise Search to the initial state in your working client.

Apps can be searched with App ID or name of the app or the Odata service name. Select the app to view the details of that app. 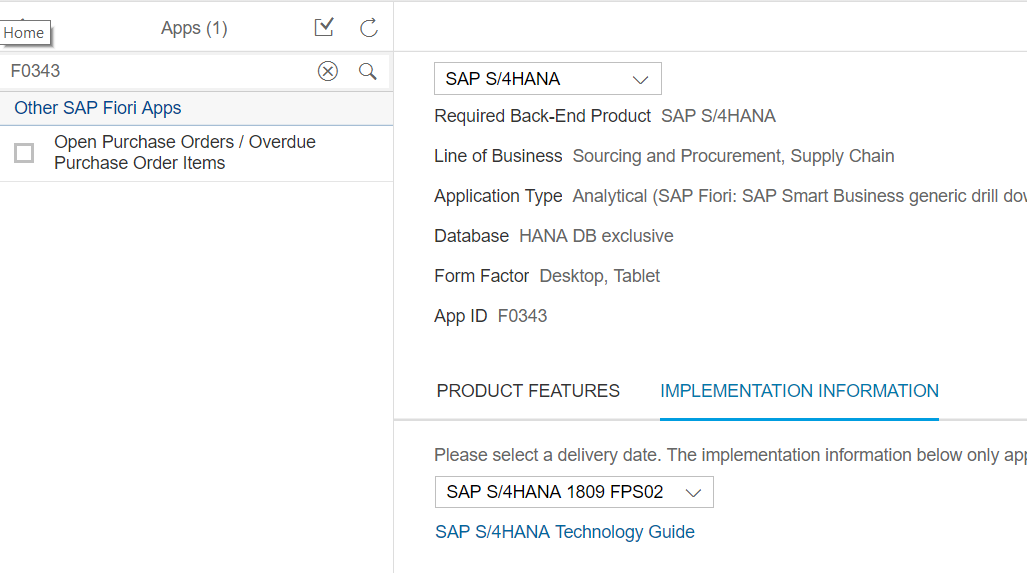 ‘Implementation Information’ tab gives information that is needed to activate the app. Firstly, check whether it is applicable for your version of S/4 HANA and select the version aptly.

Transactional apps have one or more OData services and ICF nodes to be activated. Few number of apps can be activated manually.

To activate Odata service, go to transaction /n/iwfnd/maint_service. Choose Add Service and give the service name. For an embedded deployment, Co-deployed box needs to be checked and no system alias should be given. Choose all the selected Odata services and select Add service, mention the name of the package that should constitute the apps. It prompts for a Workbench request.

To activate ICF nodes, go to SICF and activated the required ICF nodes.

Similar to transactional apps that involve activation of Odata services and ICF nodes. BW client needs to be setup, as per note 2289865 – Configuration steps for SAP S/4HANA Analytics.

Activation of Factsheet type of Apps –

In addition to Odata service and ICF node activation, factsheet apps have a search connector that has to be configured. Name of the search connector(s) can be found under the Configuration drop down of the app in the apps library.

Design studio apps have a BEx query in addition to service activation. Some queries are already available in the system, the same can be checked by executing the query from RSRT. If it is not available, it needs to be activated from RSOR.

SAP GUI type of apps usually have a system alias to be maintained by the basis team. The alias name can be known from apps library. It has to be maintained in /iwfnd/routing and is captured in a customizing transport request. In the case of a multi-client SAP system, the TR needs to be copied to other clients for the app to function as expected.

Activation of Webdynpro type of Apps –

Webdynpro type of apps have BEx queries to be activated, ensure that they exist and are active in the system. In addition, they can also have a System alias mentioned in the ‘Technical Configuration’ section. This system alias has to be maintained in /iwfnd/routing for the app to function as expected.

In summary, these are the relevant Basis activities involved in setting up infrastructure for activation of SAP Fiori apps in an embedded deployment on S/4 HANA. I shall update the post based on my learnings.

Please leave your feedback in the comments section.

Thanks Sowmya for sharing useful information.