This model is referenced in my other post about parallelization. Please have a look at the other post to get a better understanding of the context for this model.

Model used in the parallelization examples

The Calculation View is created in Web IDE >= HANA 2.0, SPS 04 and consists of a Projection node (named “startParallelization”), feeding into an Aggregation node (“runInParallel”), which in turn feeds into a Union node (“stopParallelization”):

model that is used throughout examples

To trigger the aggregation in the Aggregation node not all columns are mapped to the output:

In addition, a calculated column is defined in the aggregation node which will also be parallelized, later: 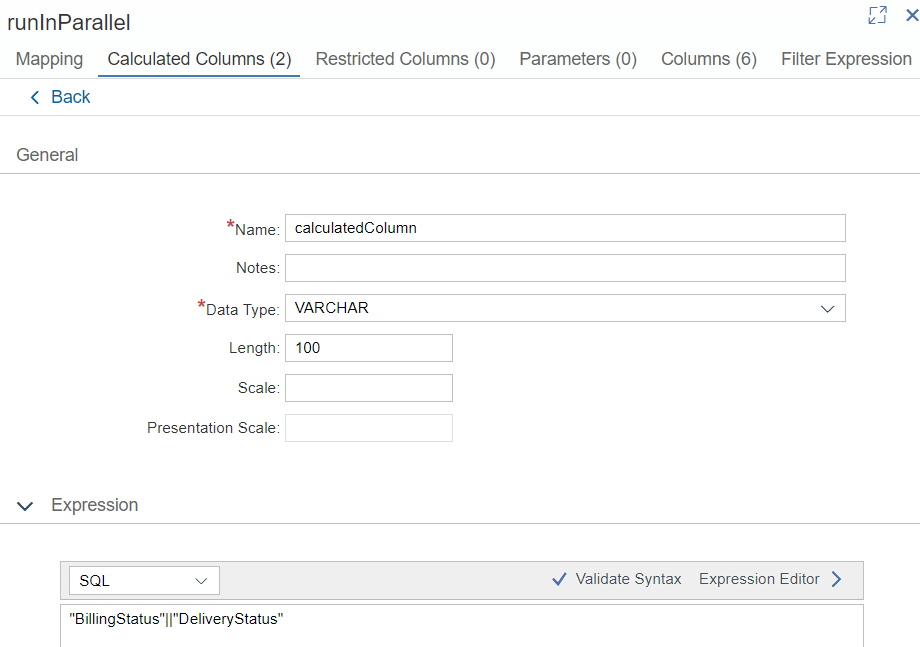 Click here to navigate back to the context in which this model is used. You will also find examples there.