In continuation to my previous blog, in this blog I will explain how to further venture into decision orchestration capabilities to create, manage and work with formula rules that can be reused during business rules modelling.

Vocabulary rule is not a new modelling concept. It comes with the sole intension to ease the modelling experience for reusable use cases like for defining complex formulas that can be reused over and again while modelling expressions, for SaaS scenarios where predefined standard rules can be shipped as part of the base project which can be reused for further rule modelling etc.

Let us now see (a) how to model vocabulary rules and use them in expression modelling, and (b) how to invoke such rules and see the change in the output. 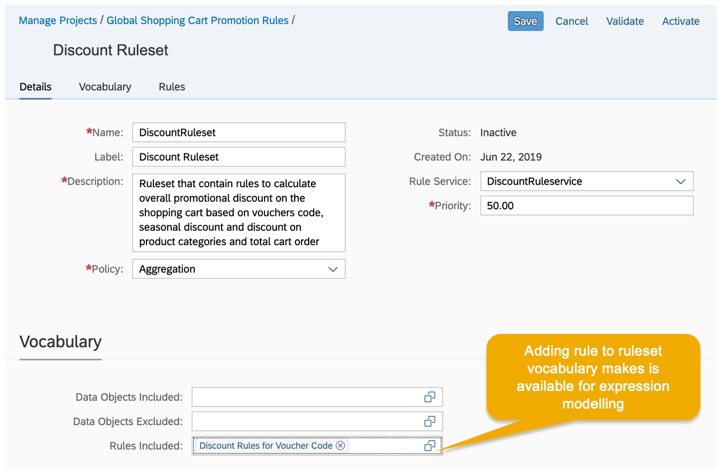 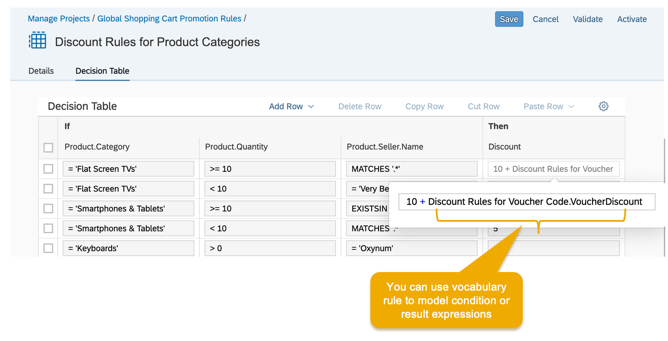 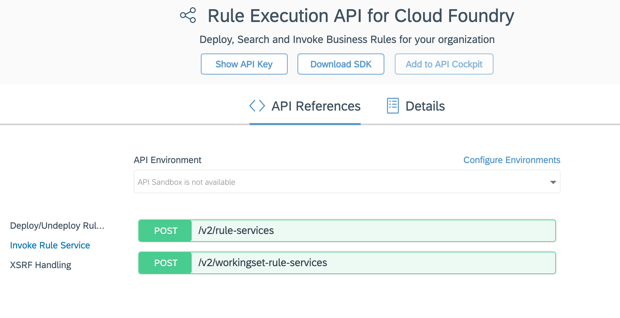 This completes the overview on decision orchestration capabilities in SAP Cloud Platform Business Rules. It strengthens the overall experience of using the tool and covers many more use cases especially with interleaving decision points.

However, when I try to implement what is explained in this document in my Neo account, I always get the attached error message. I tried every conceivable combination of data-object placement/definition but with no avail.

I try to implement a very basic example, with a decision table containing two condition columns and one one result column. I want the 2nd column to be based on a vocabulary rule.

Is there some bug preventing me from successfully using vocabulary rules, or am I doing something wrong?

Error messages would be enhanced in upcoming releases to show more meaning messages. This error usually comes when you have something wrong in modelling which validation could not discover. Can you please raise a ticket and attach the project in the ticket or write an email to me.

Add your example and raise a ticket LOD-BPM-RUL