Parental Leave: Why Gera Mats Aims to Change Biases Against Men as Caregivers 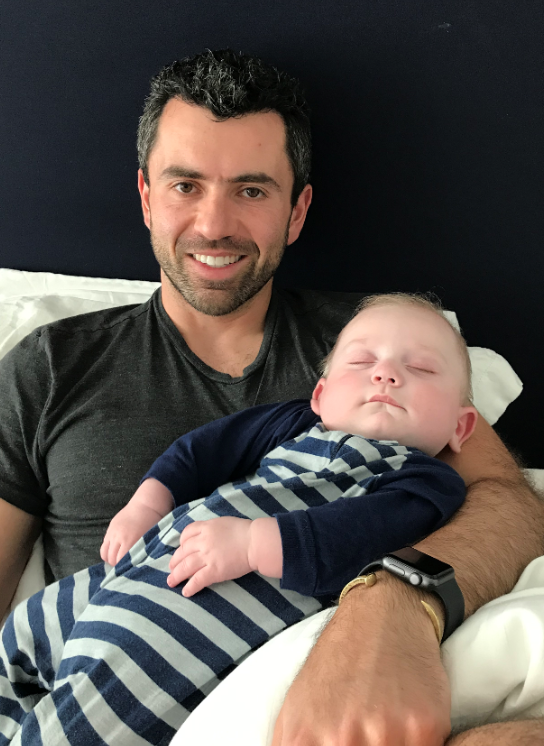 Gera Mats joined SAP as a consultant in 2008, and today he is a Customer Solutions Director in Presales. He has seen plenty of growth and change during his decade at SAP, and one change he is incredibly appreciative of is SAP’s new parental leave policy which now gives new fathers up to six weeks of fully-paid leave.

A few years ago, Gera and his husband Eric began looking at ways to expand their family—either through adoption or through surrogacy. Although Gera and Eric started down the adoption route, they decided on surrogacy, and their son Vadim was born last year.

Gera knew of other colleagues who had taken parental leave, so he had a conversation with his manager months ahead of his child’s scheduled birth to outline how he planned to use his own parental leave, which Gera split into separate two-week increments.

Gera’s manager had plenty of questions and because it would be at the end of the fourth quarter, he wanted to make sure that there was a plan in place for coverage. His manager was completely supportive from the first conversation. Gera said, “Throughout the entire time he was always on my side, and he understands that family and work-life balance are important. We built a schedule that went through the first four months after my son was born so we could plan when I was going to be in the office, when I was going to be home, and when I would be using my leave.”

While on parental leave, Gera kept an open dialogue with his manager and encountered no difficulties with his work at SAP. He advised, “You should communicate transparently and honestly with your manager. Every manager is different, but I am fortunate to have one that is very willing to work together with his team.” Gera and his manager brainstormed to gather and understand each other’s honest thoughts, and the result was they came up with a parental leave plan together, ensuring they were on the same page from the beginning. 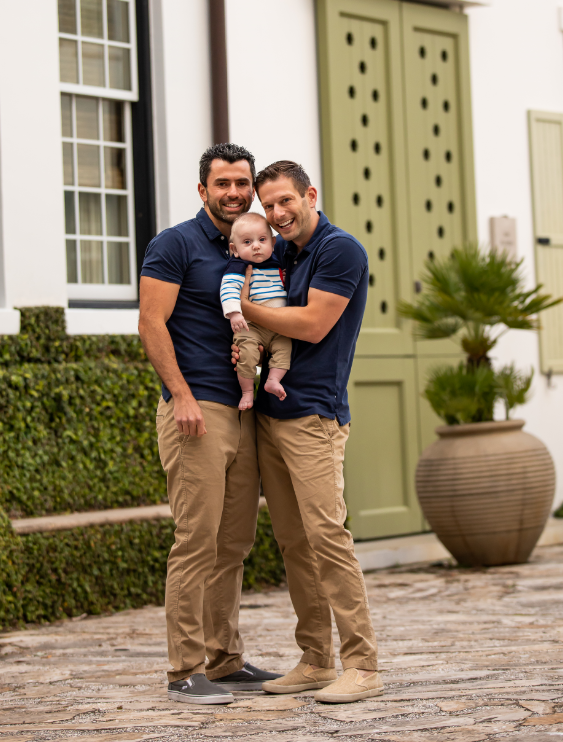 The contrast between SAP’s parental leave policy and other U.S. companies is noticeable as Gera mentioned Eric’s company at the time offered just one week of paternity leave, and Gera believes this lack of parental leave is due to an overall cultural bias against fathers as caregivers in the U.S. Since the U.S. is one of only eight countries with no paid leave policy for mothers or fathers, that bias starts with companies and their support for their own policies.

According to a study published this year by SHRM, 56% of parents report a significant gap between their organization’s stated support for parental leave for men and the attitudes they encountered when they requested time off (To Improve Gender Equality, Help Men Take Parental Leave).

Although he acknowledges that attitudes are changing, Gera notices that a stigma against men taking parental leave persists. He saw that most of his female colleagues who were expecting children were often asked, “So when are you taking maternity leave?” while his male colleagues were asked, “So will you be taking some time off?” Not only is the question more often about “if” than “when” for men, but Gera observed the word “paternity” itself is sparsely used compared to “maternity”.

Gera aims to change these attitudes, and part of his approach includes how he discusses his leave with his co-workers. When colleagues asked if he would be taking time off, Gera happily answered, “Of course I will be taking some time off. I want to get to know my son, cherish those precious early moments, I want to make sure I get some sleep, and I am hopefully going to be taking some more time throughout the year.”

When it comes to family building, SAP provides a variety generous benefits, and while Gera appreciates the benefits that SAP does provide, he hopes that SAP will set an even larger goal to support couples like he and Eric with financial support for surrogacy processes.

Eric’s sister has two young children, so he and Gera did as much babysitting as they could to prepare for their parenting experience; however, they found nothing could prepare them for reality. After getting what Gera termed a “crash course” in childcare during the first two days he and Eric spent at the hospital with Vadim, Gera remembers leaving the hospital in shock and awe that he was now the parent of another living, breathing human being.

As part of our EDGE action plan, the Global Diversity and Inclusion Office is launching numerous campaigns to create awareness and change behavior that benefits both men and women. A recent Deloitte survey found 57% of men said taking parental leave would be perceived as a lack of commitment to their careers but a wealth of research shows men who take parental leave are more active and engaged fathers with stronger family relationships, lower divorce rates, and are more successful partners. Parental leave is also associated with overall improved mental/physical health and well-being for new mothers and new fathers. SAP’s six weeks of paid shared parental leave takes us one step closer to gender equality as parents share child-caring responsibilities more equally and mothers, fathers, and SAP see the benefits with happier and more productive employees.

Thanks for sharing Gera's story! You might also enjoy my post on parental leave that I published shortly after coming back from maternity leave this year: https://blogs.sap.com/2019/01/24/real-talk-on-parental-leave/

Thanks for sending that Jamie, I will definitely check out your story and thank you for reading Gera's!