In August of 2011, I moved from Paris to Cape Town, South Africa. I was amazed by the city and its incredible nature, sitting on the cross section of the Atlantic and Indian oceans, right in the mountains and surrounded by some of the most beautiful vineyards. I was even more intrigued by the rainbow nation, with its diversity of cultures and customs, the heritage and identity of South African people, and so much more.

Shortly after moving there, I met this group of young American girls and boys playing soccer on one of the rare turf fields in the city. They were part of @GrassrootSoccer. I had played soccer all my life and I was so fortunate to find new friends who were just as passionate about soccer as I was. Every single Sunday for the following three years, they invited me to play with them. Always so welcoming. Always with a smile.

My new American friends had all relocated from the US to work and support Grassroots Soccer in Africa. They all had different backgrounds and came from various parts of the country; some were volunteering in rolling out the soccer-based health curriculum, others were interning as coaches and mentors, while employees in the office were running operations and development programs. But they all had one thing in common: the love of soccer and the belief in the power of soccer to educate and inspire youth across communities in Africa to overcome their greatest health challenges. That is the mission of Grassroots Soccer, and I was so inspired by their stories and dedication to improve people’s lives in Africa.

Fast forward to about a month ago, I connected with Nick who was finalizing the preparation for one of their big corporate charity soccer tournaments in NYC, the Changemaker Cup. I wanted @SAP and our Hudson Yards employees to get involved and engaged with GRS and Nick was looking to raise additional funds and awareness to empower adolescent boys and girls in Africa to realize their dreams through the magic of soccer. SAP eventually participated in the tournament last week, where we joined players representing other big corporations in support of GRS: Goldman, Citi, Barclays, Fortress, King St Capital, L’Oréal, Lonestar Capital, UBS, Credit Suisse.

SAP won the tournament!! I wanted to share this team picture, where we are posing after winning our 6th straight game at a final penalty shoot-out! Most importantly, I am proud that SAP is standing side by side with organizations such as GRS, to help improve people’s lives and the world’s health by promoting healthy practices for young people around the world. Please feel free to visit GRS’s website and learn more about their life-changing campaigns. Donations are always welcome: https://impact.grassrootsoccer.org/campaign/seeing-is-believing/c240601

Also, the timing could not have been better with the U.S. Women’s Soccer World Cup Win a couple weeks ago in Paris, and the message of unity and inclusiveness that was brought forward to the world!

Lastly, I want to take this opportunity to thank my Capetonian friends who brought GRS to my attention back in 2011. I also want to thank Grassroot Soccer’s CEO Tommy Clark for his incredible leadership and the fantastic collaboration with the NYC team led by Nick and Pam, for getting SAP involved with GRS locally. I look very forward to growing our relationship! 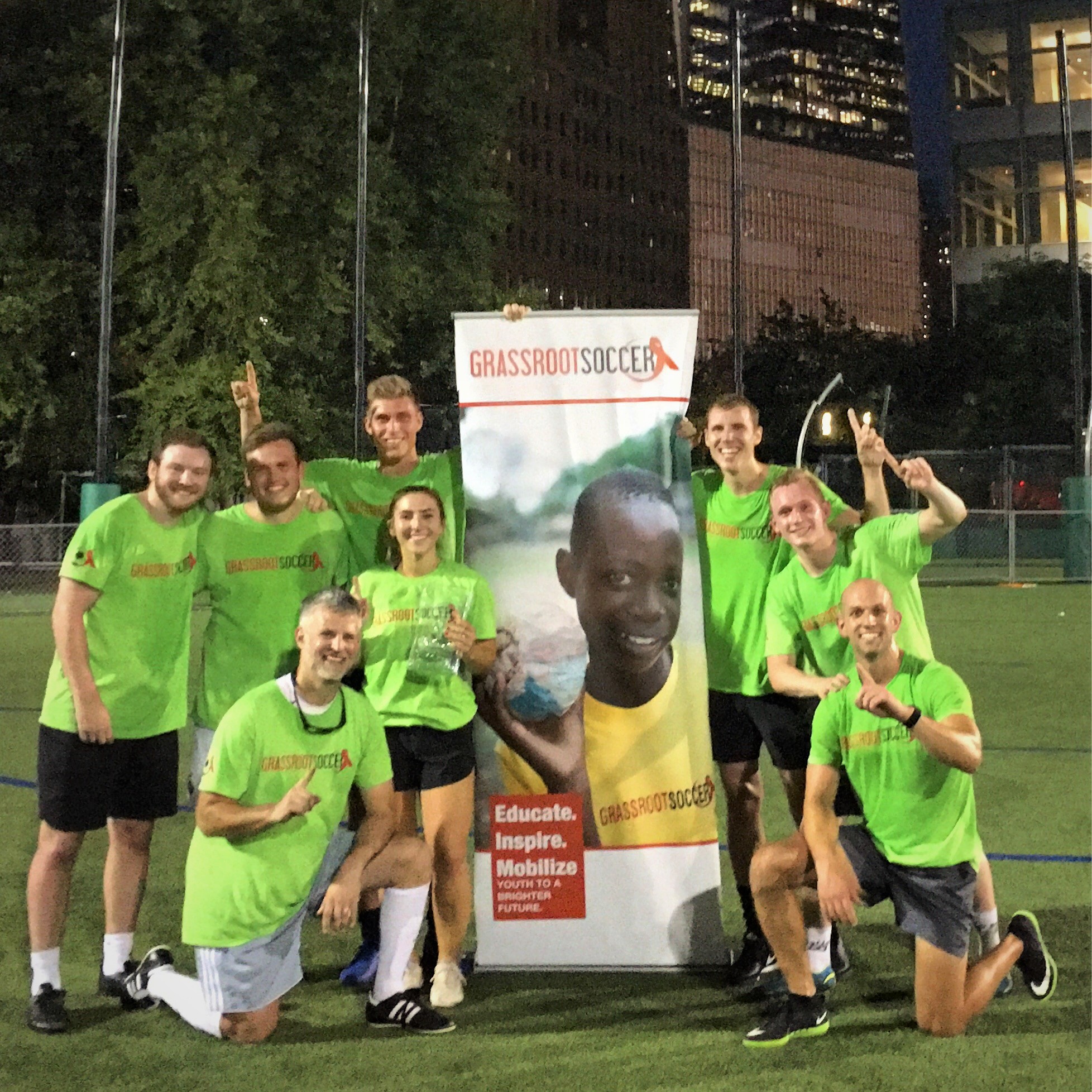