A new feature – Partial assembly is introduced with release 1908, which would allow a user to assemble only changed/added files in a one-off patch solution. This will ensure that the time taken for the solution Lifecycle management processes such as Assembly, Deployment, etc. is reduced since the content files assembled and deployed would be reduced. Such a feature would be highly beneficial if some minor changes are done in the corresponding patch version since that would result in a smaller number of files to be assembled.

The feature is released as GA feature with 1911.

You can now use the option of Partial Assembly by clicking on the button “Assemble and Download -> New and changed Items” in the SDK Implementation manager (as shown in the screenshot below). 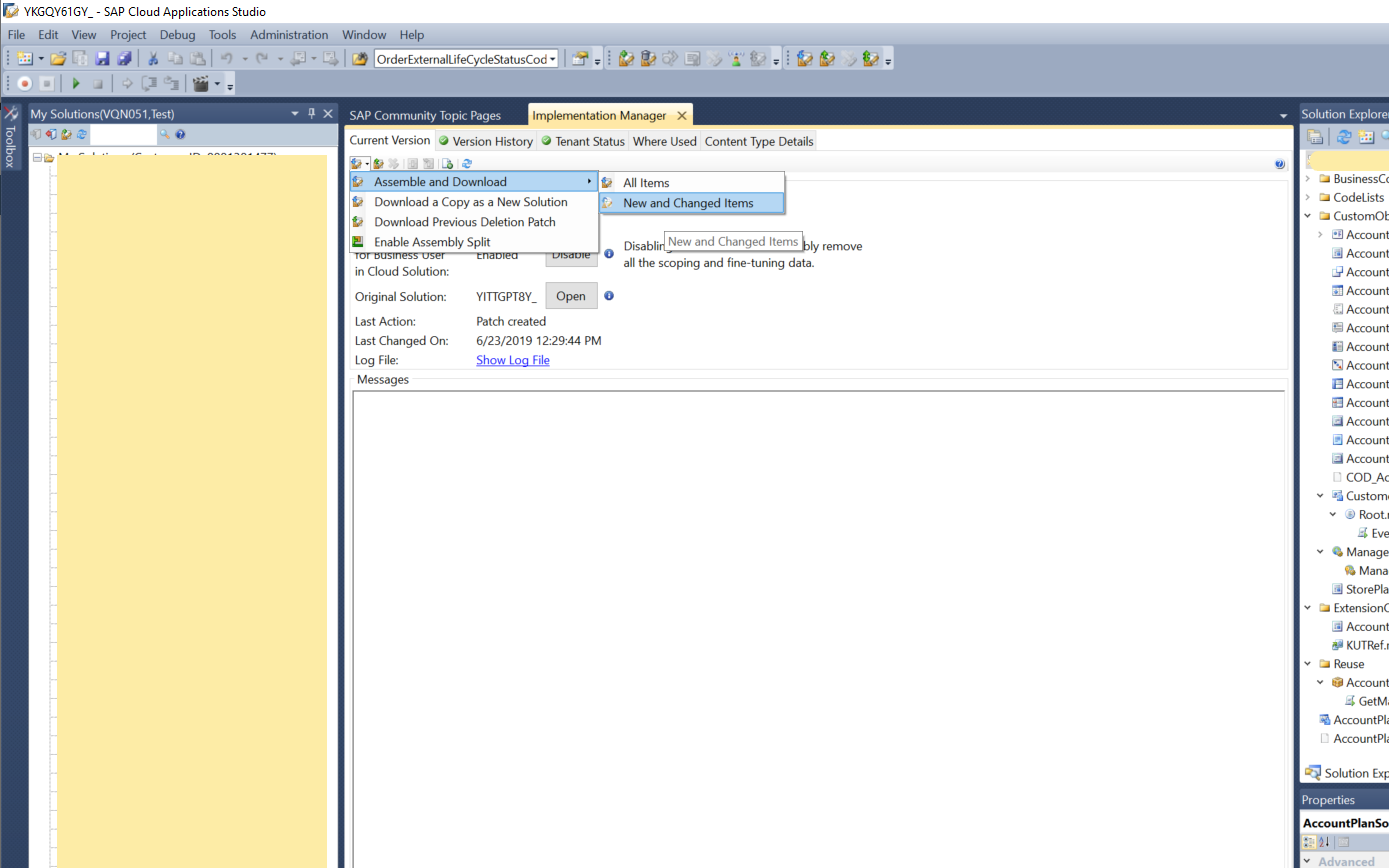 On clicking the “New and Changed Items” button, a disclaimer would be shown to the user informing that Partial Assembly is triggered and the user should ensure the successful deployment of the previous immediate version to the target. This is mandatory since once the partial zip file is created it can be deployed to the target only if the target system has the previous version deployed successfully. 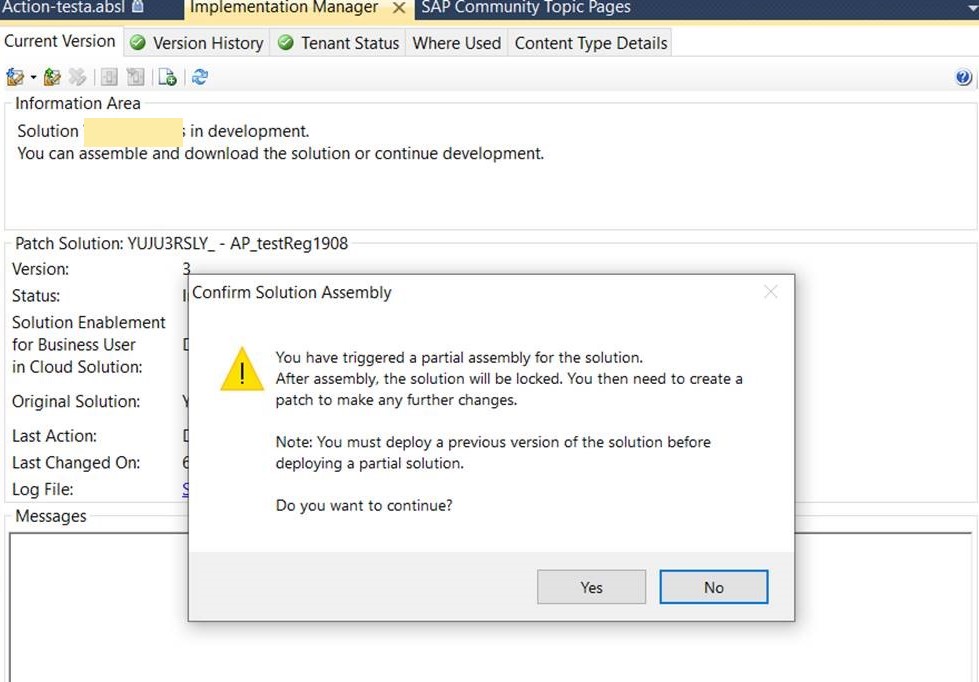 The partial assembly feature would assemble the new/changed items and their dependent content types. This is required to ensure the technical consistency of the zip file.

Please note that the feature is available for C4C one-off solutions.

@Jaspreet Kaur Thanks for sharing the info and this is very good option for saving the deployment time.

Yes a partial assembly can be done on subsequent patch versions,

Is there an ETA on this for ByDesign? We'd like to reduce the time it takes for a patch cycle as well.

Thanks for the great article.

I did not fully understand what you mean by one-off patch and C4C one-off solution. Can you please elaborate. We have 3 environments ie 2 tests (treated as Dev & QA) and 1 production. We always develop patch in dev, deploy it in QA and after business sign-off deploy it to production. Thus so far it was always full assembly and download and then upload so that all 3 systems always have same patch version.

In a scenario like below ? What is the option –

Lets say before creating current patch in dev , dev-qa-prod all had version 43. Patch version 44 created in dev and now its status is “In development”. Once the development are over, I do partial assembly of 44 and deploy it to QAS.Then during testing on QAS lets say some bugs found and a fix needed so I create patch 45 in dev, do the fix. Now I again partial assembly in Dev of patch 45 and deploy it to Qas. Thus Dev & Qas are in version 45 while production in version 43. Lets say all test in QAS are good and now if I want to move the changes to prod – Do you mean I should do a full assembly and download from QAS of patch 45 & upload it to Prod (which is on version 43) ? Or I should upload the first partial assembly zip of patch 44 downloaded from Dev (& uploaded to QA) to Prod and then I can do the second upload of the partial assembly zip 45 from dev (& uploaded to QA) to Prod ?