In this blog post we can see how to control the Released PR’s and how to protect the Old PR’s number which is released already, and the same PR’s number should not change while re-run the MRP using the planning mode as 3( Delete and Recreate the planning data) for that same materials.

We can control the old PR’s internal number should not to be change by using two different ways, please see the below two scenarios.

If the Purchase Requisition is subject to a release procedure and if it can no longer be changed for materials planning according to its release status. As firmed purchase requisition won’t touch by MRP. 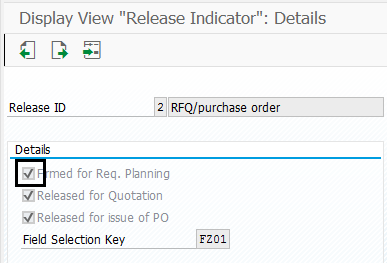 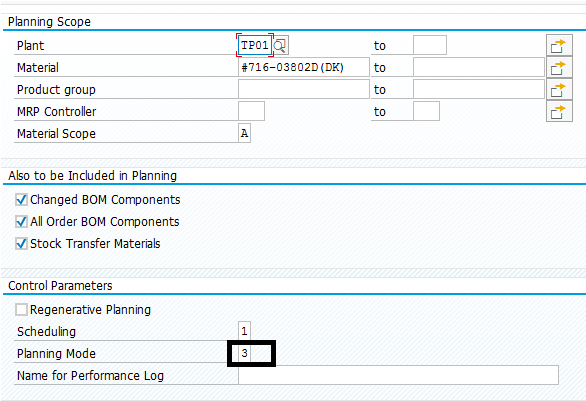 For single PR, I have activated the Fixed ID in ME52N and PR Release is not mandatory in this Scenario, I have executed to run MRP using planning mode as 3.

2.  I have taken one PR and i activated the Fixed ID indicator in ME52N.

If we want to control the Old PR’s not change into New PR’s we have to follow the any one of the scenario depends on the business from client.

That is a nice article. However I have some comments:

Which planning mode is to be used in which situation?

It is useful to set planning mode '2' or '3' when Customizing tables have been changed.  No planning file entries are written when Customizing tables are being changed.  There is also no where-used list showing which table entry is used in which materials.  If, for example, you change the processing time for purchasing in plant Customizing of material requirements planning, this change is only taken over in existing order proposals if you run the material requirements planning with planning mode '3'.

Thank you for your valuable comments, please find below the problem i have faced one of my client.

Once released the PR’s say Ex: Out of 100 PR’ s they have released 40 PR’s on July 01 and Planning team gave the released PR’s list to SCM team, but those SCM team users they are not converted into PO immediately, they will take 10 days time to convert the PO on July 10 in real time scenario as well as in SAP.

But problem is planning team are changing some master data regularly, However different Super users changing different data as per the irregular business, Meanwhile they are not able to track the materials list which they have done changes in master data, In this case they are using planning mode as 3 only, So system automatically deleted the Old PR’s and generated the New PR’s.

After 10 days SCM is going to converted the Old PR’s into PO at that time system will show the error message like PR does not exist, Again they will get the new PR’s from Planning team then will do the routine process as same, Because of this issue only i have used the FIRMING.

Firming PR after release is the right solutions in my mind. It prevents PRs from being changed by next MRP. It does make sense - once PR is released it means the PR is accepted and the system should not change it anymore.

What puzzles me though is the planning mode 2 or 3 usage. I do understand your recommendations to the client. However note 78867 - MD01: Documentation on the planning mode clearly states that when MRP is run with planning mode 1, the system should take care automatically of applying internally the right planning mode to individual materials depending on the changes to master data:

Which planning mode is used internally by materials planning?

If you are using planning mode '1' in the initial screen of the requirements planning transaction and if you change, for example, the bill of material for a material, the material is still scheduled with planning mode '2'.

If you specify planning mode '2' in the initial screen, all planned orders for materials for which only the stock or a requirements element or receipt element has been changed are reexploded. Usually, only the planned order that covers the changed requirements is to be reexploded in this case.

You may also look at note 34816 - Planning file entries with reset indicators.

Notice that these are very old notes. Thus they refer to well matured functionalities that are in the SAP ERP for ages. They just have to work. If they don't, an issue should be raised to SAP support.

Thank you for your useful update.

we have one more option to "firm" the Planned receipts by using MRP Type as P1, P2,P3,P4 or M1,M2,M3,M4 by providing the planning time fence (Days).

So during next MRP run, system will do the automatic Firm to the Purchase req. or Planned orders.

Thank you for your useful update.