Pride month – lest we forget: it gets better

This year’s pride month coincides with the 50th anniversary of Stonewall demos so forgive me for taking the opportunity of reminding us all of the water-shed It-gets-better events that took place on SAP premises in 2012 all around the world –  for SAP colleagues, SAP mentors, and all their families and friends.

I was so inspired that I wrote the following blog for an internal newsletter, but even if you don’t have time or interest then please do watch this video published at the time which summarizes the situation then…. but is just as relevant today. 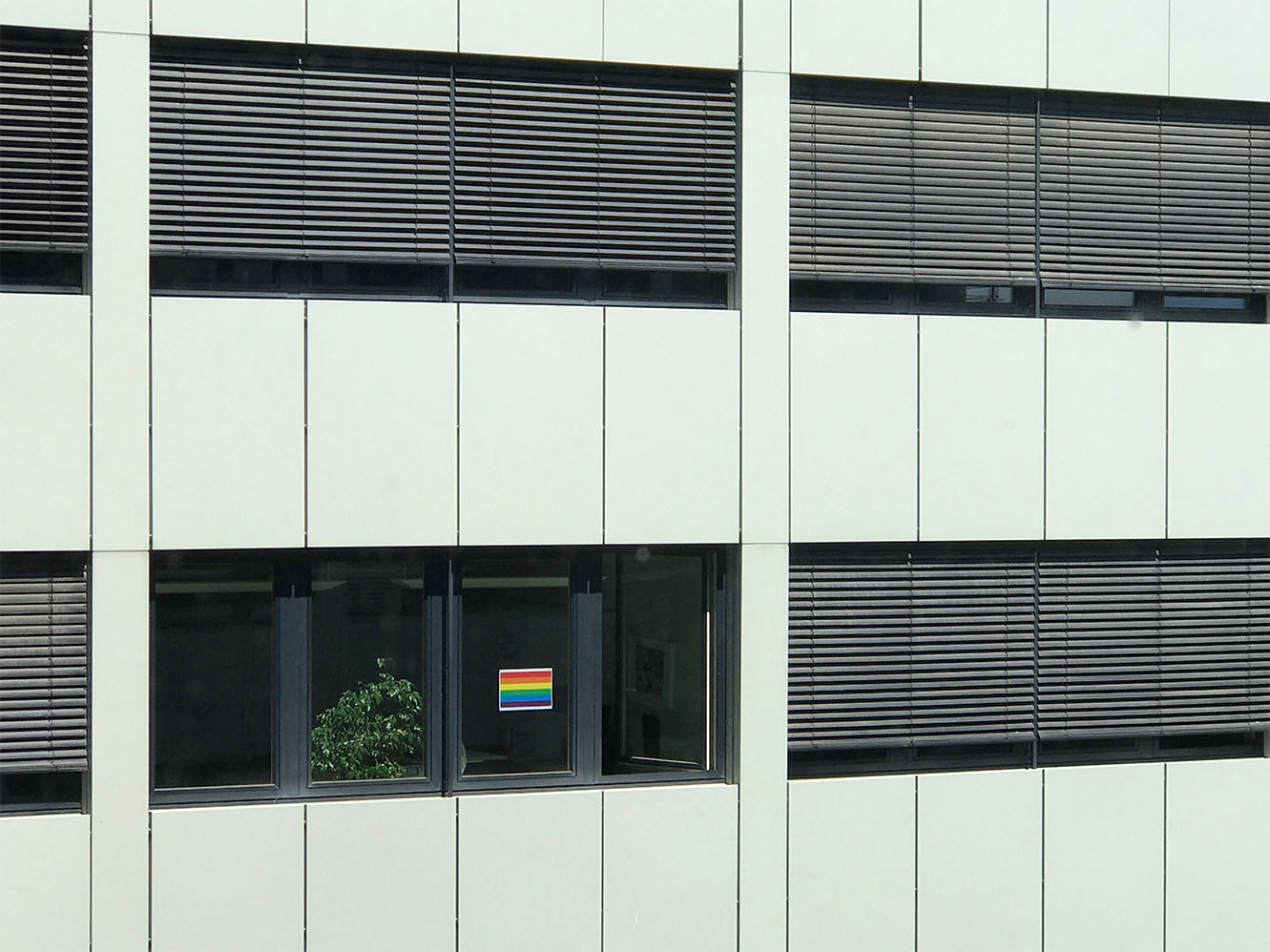 When Jeffrey (son of an SAP colleague) took his life on New Year’s Day after years of bullying , Moya Watson (@moyalynne then SAP colleague) committed on her decision to produce a powerful video called “It Gets Better”, to trigger awareness in the hopes that tragedies like this can be avoided in future. This spawned many enthusiastic responses, and SAP top management decided this matters so much within SAP that they sponsored several events, one of which I attended… hence this article.

Many of us have memories of what it’s like to feel on the brink as a teenager, but we are so glad, for our own sake and that of our families that we didn’t take that ghastly step. It gets better. There is a future ahead worth living for. But when you’re on the brink as a teenager you can’t see that vision. Be aware, that all of us at SAP can contribute to making the environment of growing-up a better, happier place – even indirectly.

The isolation caused by bullying is much worse today than it was when I was young. It’s more public and more sophisticated so the wounds are deeper. The most effective way of stopping it is when a strong member of the team (school class, sports team, neighborhood…) steps in to protect. But that’s something that happens all too rarely, partly because none of the bullies or spectators can understand the pain, or notice that even simple jibes can cause pain to others.

Bullying because of sexual orientation or gender identity is especially difficult to protect yourself against. The feelings associated with sexual attraction or love are physical and chemically triggered, fogging out rationality and distance – and a teenage psyche already struggling to come to terms with adulthood is particularly vulnerable. So a teenager bullied in this respect has little chance to protect himself – it’s akin to being kicked from all sides after you’ve been floored, while your peers watch passively, or even worse, taunt and jeer.

So when the leader of the SAP pack, Jim Snabe [then SAP CEO], appears in the video, explains to us why he’s picked us for the SAP team, why SAP and its community needs diversity… that is a very powerful and protective message. It is a huge comfort. It is a very brave message and a message we have a duty to spread.

I sat behind SAP Mentor Tobias Trapp (@ttrapp) at the Walldorf event, where Steve (Jeffrey’s father) and representatives of the different communities discussed as a panel and I realized I’d underestimated the problem. Discussing with my own children about social attitudes at school and discussing with gay colleagues at SAP confirmed this. And I learnt how “Gay Pride” addressed only a subset of LGBT. I realized how important it is to spread Jim’s example to our childrens’ attitudes, schools’ attitudes, parents’ attitudes, neighborhoods and even the soccer teams that we coach. When I quizzed my own children I was encouraged to hear that there was a very positive attitude in their classes (bullying being treated as antisocial, and solutions sought proactively; homosexuals coming out without being hassled) but I also learnt that some negative traits went unnoticed (homosexual abusive terms being used colloquially as derogatory statements.) So there is still work to be done, even in the best of environments.

Most important, within SAP, be aware of the hurt that a glib comment or joke can cause a colleague. As an SAP employee, I believe we should show no tolerance for intolerance. And spread this proactively to other communities, so that #itgetsbetter for the complete community as well as for our children, too.

And take symptoms of depression seriously because it happens to the best of adults, too. Overcome your embarrassment and offer a friendly ear.

…. and 12 years on, we’ve all seen just how strong diversity makes us, the community, and the software and services that are generated by this terrific community (personal view).

thank you for sharing your thoughts. And yes, I still remember the "It's getting better" event seven years ago.

Is diversity management still necessary? I think, yes, it is. The reason is that we are all diverse. We all differ in various aspects: in our experience, knowledge, cultural and educational background für example. So all employees are necessarily diverse, our customers are diverse, too. Therefore for collaboration and business with other people, we need respect and appreciation. So I see diversity management as a tool to ensure these values in a corporate environment.

If you ask me whether campaigns like "LGBT pride" and "It's getting better" are still necessary, I have to say yes. LGBT people still experience violence - even in Germany. I also heard that especially at schools bullying is still quite common. Many trans* people still suffer from prejudice and are without jobs although they are highly qualified.

Last but not least: Do you know why it is called "LGBT pride"? "Pride" is a synonym for both self-respect and a call for being respected by others. It has nothing to do with feelings of arrogance or even supremacy. This is the reason why I still will join this months' activities.

So again, thank you for writing this blog.

What a great article, Alan -- thank you for sharing it publicly and reminding anyone "on the brink" ---- for any reason. Hope to meet you some day!

Coming from you, Moya, that means a lot to me. Yes, I hope so, too.

Great blog.  Straight from your heart to our ears.  Reading this I have to think ----  is there any other forums, blog areas where a blog like this could be posted.   It's well written and encouraging to all the children out there struggling.

Personally I think LGBT will be a thing of the past once we no longer talk about it.  But as

Tobias Trapp says above - sadly it is still needed.  But we are not accepting.  There are still differences  between many different things.  LGBT is the large one now.   And I hope everyone keeps up the support.  I know I will.