Last week SP15 of SAP PIT was released. PIT is SAPs testing tool for SAP PI/PO. I was really interested in what had been added to the tool. You can see the release note here. There have been some upgrades to the tool to make it a lot easier for users to use.

I have created a video of the biggest differences. I hope that it will be useful for you.

This is the feature that I think makes the tool a lot easier to use. Before it was just possible to see that an element was different. It was not possible to see the expected result so it would be a wild guess to see what was going on.

Now you have the option to see what messages were sent, here in the BI version, and what the mapped result is the AM version. 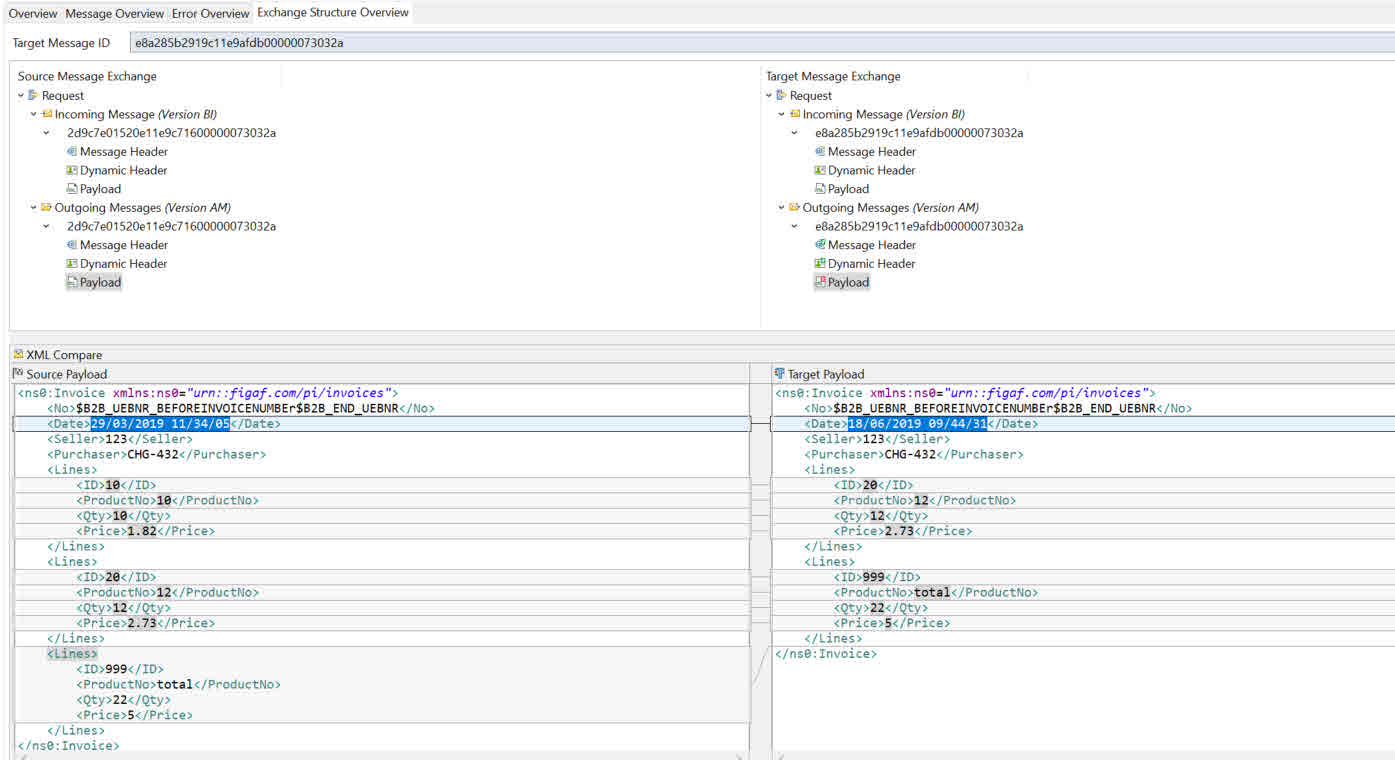 It is unfortunately only able to see changes in elements and not if a node has been added or removed as in the example above. It is not something that I would expect to see a lot of problems around. The few times it happens you can always copy the payloads and do a comparison in other Diff tools.

It should also be possible to compare binary attachments and text documents in the payload. I have not been able to test it.

If you have test data coming from your productive system called SAPP20 and want to run it on development where the SAP system is called SAPD20, you now an option to map receiver side. In SP14 you could only map sender systems. Now you can map party, sender, interface and namespace in each test case. 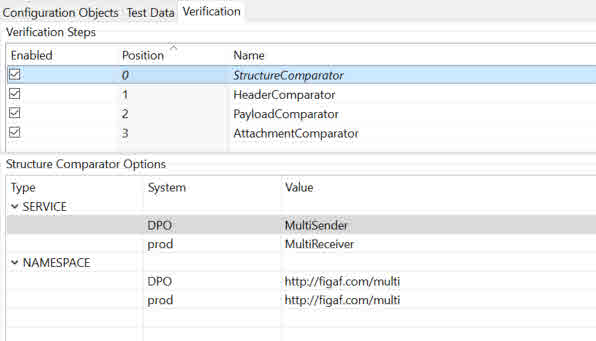 Here you can see how you can specify a service. I do not have a 2 system that I can use for it. So it is only some mock data that I’m able to test how it works.

In SP14 it was pretty complicated to run tests. You had to create an Eclipse run configuration to start any test running. Now there has been added a simple way to get to launch the run for a single test data.

Once you click it you have the normal Launch Configuration box where you can start a run of the test case.

There is also an option to use a Decentral Adapter Engine to run your tests with. Not sure how it works, as I do not have it installed.

How about the Figaf tool

I know that a lot of customers have seen what we can do with regards to testing. SAP PIT has some advantages compared to the Figaf tool for testing, with systems types like dual stack and decentral adapters. For our testing, we do have options that are not yet in the PIT like testing with adapter modules, bridges (sync-async/async-sync/EDISplitter) and comparison and ignoring in JSON, text, Edifact, X12, and XML. Option to testing on all 7.31+ systems without having to patch. See my comparison between the tools.

The place where I think Figaf has the biggest advantage is on the management of SAP PI/PO development changes. If you just link CTS+ to Figaf it is able to test all the interfaces affected by the change and help you create all the documents that you need. You can view a demo of how the Figaf can help with your change management for SAP PI/PO.

And then it supports SAP CPI and API Management with the same documentation capabilities. 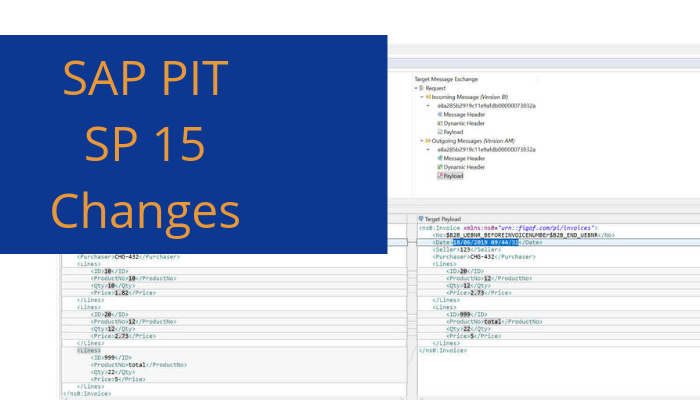 Thanks Daniel for the great blog.

My understanding is that this tool (PIT) would be helpful only when there is a migration from one version to another version.

Would it be helpful in case of SP update (example: update of SP from 08 to 14)? Please clarify.

PIT can also test SP upgrade, and it is probably what is easiest to do with the toll.

You can also use the tool for checking patches once you install it. Notice if you have SP8 you will need to patch your system before you can collect messages. And the version in SP14 of the PIT tool has some great limitations, so go with SP 15.

PIT can help with migrations but it will also require some work in mapping responses.

If you are looking for something with migration, we (Figaf) are currently working on a tool to automate the migration.