Modifying the C4C CTI Adapter to work in Citrix

In this blog post I will explain how we have resolved the issue of the C4C CTI Adapter not working correctly in a Citrix Environment. The problem is detailed by SAP on the page below:

To start, we needed the source code of the CTI Adapter, which is a .net application, in order to make changes. SAP may provide this on request, but once you make a change to it, you have to support the application yourself going forward. We made these changes several years ago and have not had any particular problems.

It’s important to understand this first. SAP already provide documentation on how to configure your phone system’s CTI to pass call details to the CTI Adapter by calling a URL in the format below, so I won’t deal with that in detail:

You can pass as many or as few parameters as you like. I’ve shown some examples above:

The parameters sent on the most recent call to the CTI Adapter are stored in memory.
To retrieve this call data, the Live Activity in C4C polls the CTI Adapter every few seconds by calling the following URL as an AJAX XMLHttpRequest: 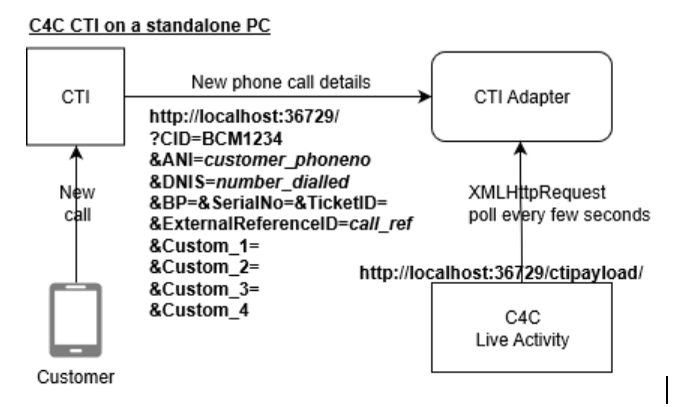 Why this does not work in Citrix

In the post from SAP above, it is correctly stated that the problem occurs because the CTI Adapter is listening on a particular IP (127.0.0.1 which is localhost) and port, either 36729 for http connections or 36731 if Secure CTI (HTTPS) is enabled in Scoping. The Live Activity within C4C polls the CTI Adapter every few seconds for details of new phone calls (called a Payload Request), but the CTI Adapter cannot tell which user is connecting to it.

If you have more than one agent logged into one Citrix server this following scenario is certain:

This is a common problem within Citrix, and our specialists looked at the options detailed below which normally would fix this, but in this case the approaches mentioned do not work:

Changes made to the CTI Adapter

We have made the following changes to the CTI Adapter:

There are numerous articles on the internet explaining how to create Windows Services, so I’ll just deal with points 2 and 3

Point 2: Fixing the CTI Adapter to work in Citrix

Step 1: Identify the code that needs to change

Changes need to be applied to CTIHttpServer.cs 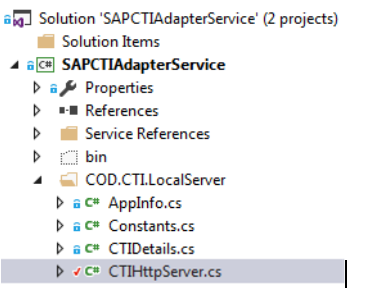 Step 2: Require Authentication for connections to the CTI Adapter

Step 3: Identify the userid for the CTI or Payload request 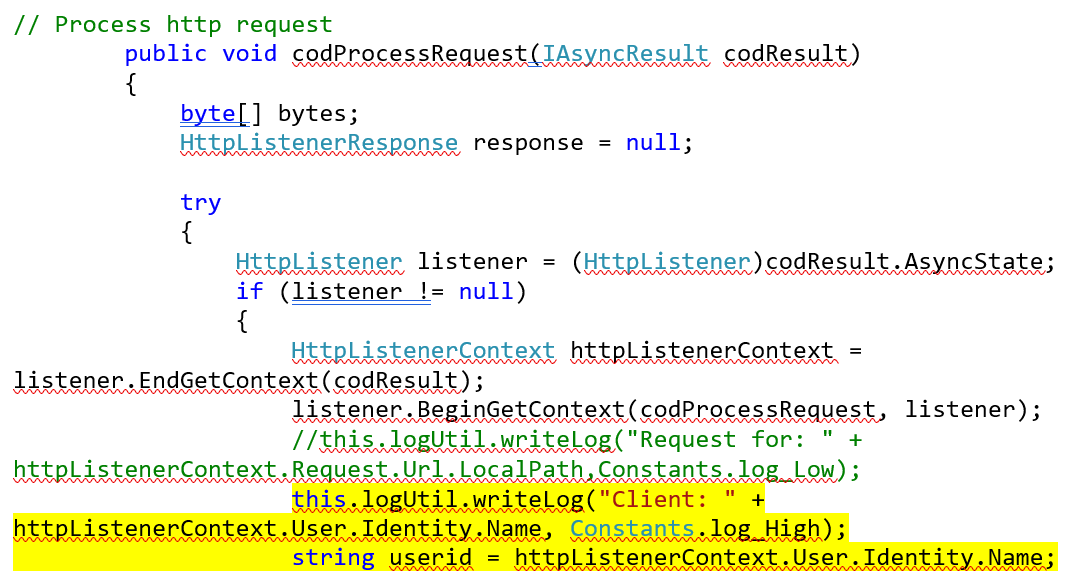 Note: Calls to the CTI Adapter from Live Activity will automatically Authenticate in response to a request from the CTI Adapter to do so but your Phone System’s CTI may not do so by default.

Step 4: Modify the CTI Adapter code to store and provide call details based on the identified userid

Providing the code would probably be too difficult to show here as there are changes in various places, but it’s not that hard to implement.

Within the CTI Adapter the code was changed to maintain a List of the userids that have been identified by Windows Authentication when phone call details were passed, and then store the related details of the current phone call for each userid.

In the example below, the Phone System has sent a phone call to Eric Jones from the number 01234454133 and CTI has passed the call details to the CTI Adapter. Other data has been passed for other users. All the data is stored within the CTI Adapter in a List:

Since the customised CTI Adapter is now a Windows Service, it has no user interface. For testing, we sometimes want to use the Simulation option that is in the out of the box version:

To do that, we created a simple html CTISimulate.htm page with a form in it, added it to the Windows Service deployment package, and created a Custom Work Centre View to display it in C4C. The URL of the page is http://localhost:36729/CTISimulate.htm 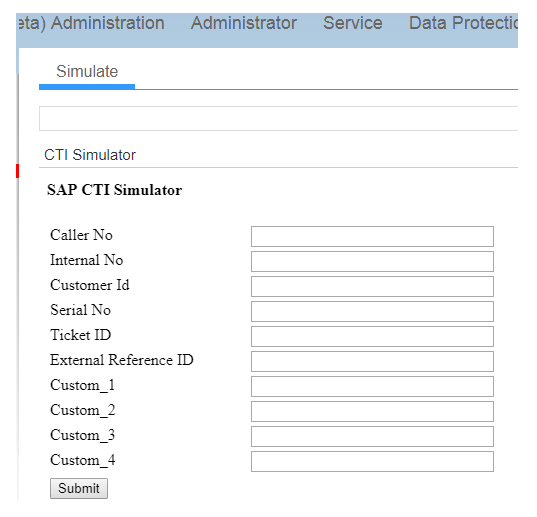 When the form is submitted it makes a GET request to the CTI Adapter, passing all the parameters entered, exactly as a CTI call would do.

SAP have recommended Citrix users look at Widget based integration for C4C CTI, but this only works on RUI client and also requires the Phone System vendor to provide the widget. In this blog I’ve demonstrated how it’s possible to adapt the CTI Adapter to work in Citrix. If there is an interest in the source code, I can provide that, but I would need to remove any code/config specific to our setup. Please reply to me if that’s of interest and I’ll try to do that. 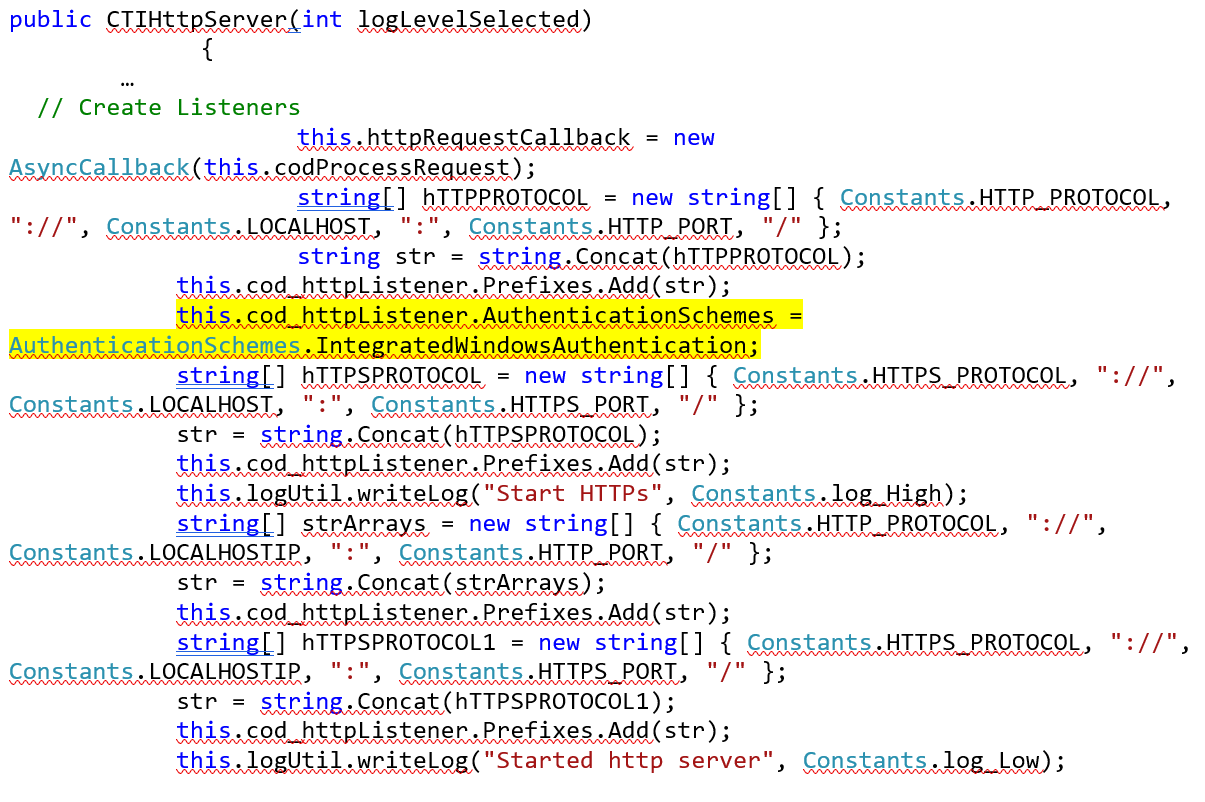 I'm facing the same issue getting the C4C CTI Adapter to work with Citrix. As SAP is not able to share the code resp. the .net Solution, I'd be very thankful if you can provide the source code for the cti adapter so that I can modify it to get a customized setup.

Thank you in advance
Marc

Yes I would be happy to. Can you send me a private message with your email address?

Great, thanks! I've sent you a message with my email-address via the community-chat.

I too am facing an issue with the CTI adapter installation on Citrix.  Can you i get a copy of your .net source.

Hi Bobby - no problem, send me a direct message with your email address and I will send it to you. I do need to check one thing with a developer first. Where there is no current call the adapter used to return "No Payload" but due to Chrome changes this causes a Javascript error. So the code needs a slight tweak to return a blank string instead in this scenario. I will need to check about that update before I send it it you. The other thing is that I said above the version of the code we modified is based on quite an old version of the adapter so it may not have all the features of the current SAP version - but in terms of receiving the basic parameters and making them available to Live Activity Center it works fine.

It appears messages.sap.com is not letting me send DMs to you.  Is there another platform i can contact you?  Discord perhaps?