May 2019, during SAPPHIRE, SAP’s Elvira Wallis, global head of IoT at SAP, announced a new interoperatiliby between SAP Leonardo IOT and AWS IOT.

This is the first step from more to come, the whole idea is to allow customers to move to S/4HANA by reference architectures that combine SCP with AWS services. 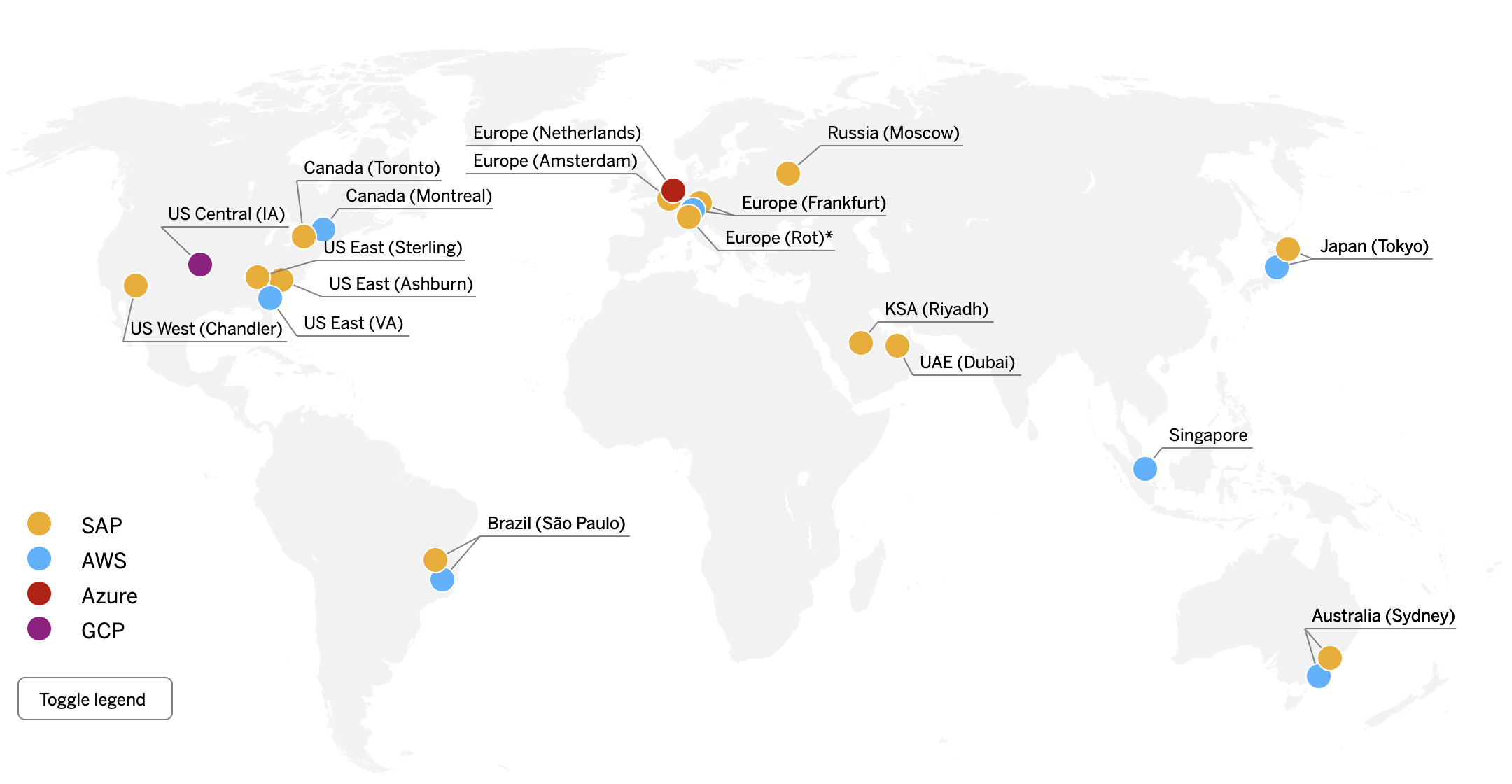 There are seven regions (Montreal, Virginia, Sao Paulo, Frankfurt, Tokyo, Singapore, and Sydney as recent additions) in AWS that support SAP Cloud Platform services. Customers that are willing to try and test their environment in S/4HANA have recent and good news!

“A comprehensive offering allowing customers to transform and test their legacy ERP systems on SAP S/4HANA. The offering leverages automation, a prescriptive set of tools and architectures, and packaged partner offerings to migrate and convert in a matter of days. Customers can start with their existing SAP ERP system or choose a fresh but accelerated start by leveraging the SAP Model Company industry templates. The test environments will be made available to customers free of charge on SAP-certified, production-ready AWS environments. The S/4HANA Move Xperience offering enables customers to validate their business case and to assess the effort involved in transforming to S/4HANA”.

Apart from POCs, thinking of production environments, AWS recently announced support for extremely large S/4HANA deployments on AWS, powered by latest Intel Xeon Skylake processors, which provide 6, 9, and 12 TB of memory for large in-memory SAP HANA workloads.
The last one, the 12 TB, was certified to be scale-out up to 4 nodes! That means we can now build 48 TB SAP S/4HANA on AWS as we can see from Steven Jones’s blog 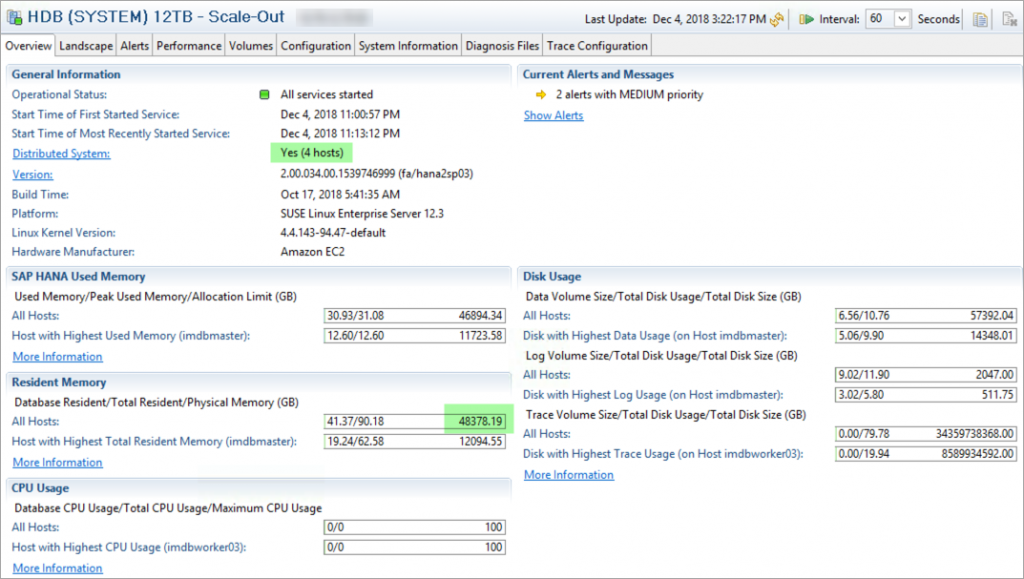 How many customers run 48 TB S/4 systems today? probably NONE. But a Bugatti Chiron can accelerate to 400 Km/h, while maybe none of its buyers are going to top the 400 Km/h. That’s the SAP S/4 Chiron

With that in mind, there are several tools and services we can leverage to create our S/4HANA environment in a matter of hours, here we have some examples to leverage the S/4HANA in minutes

1. If we are new to AWS, better use AWS’s Quick Start for SAP S/4HANA. 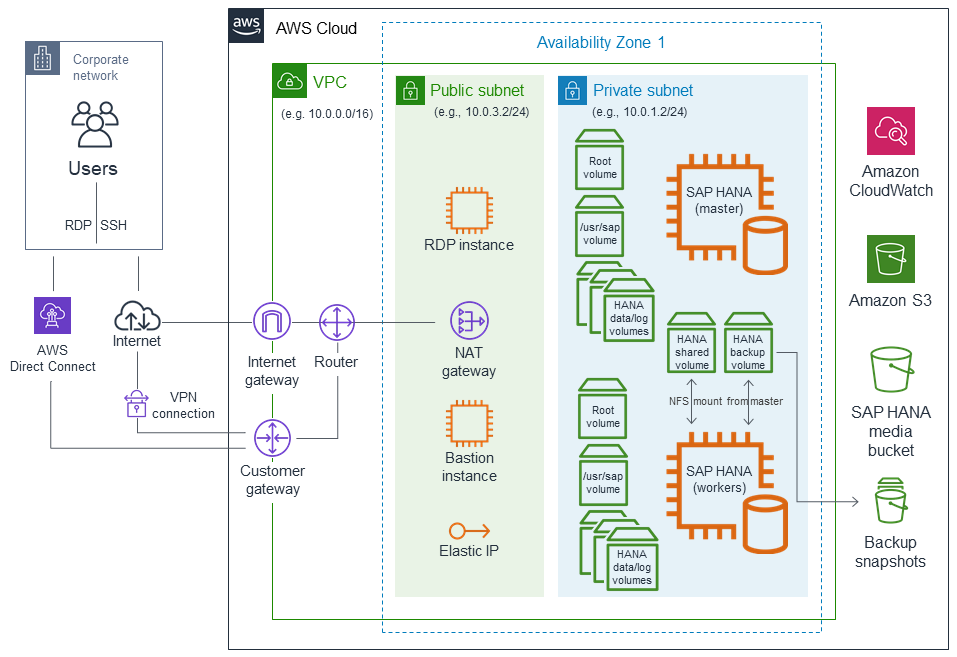 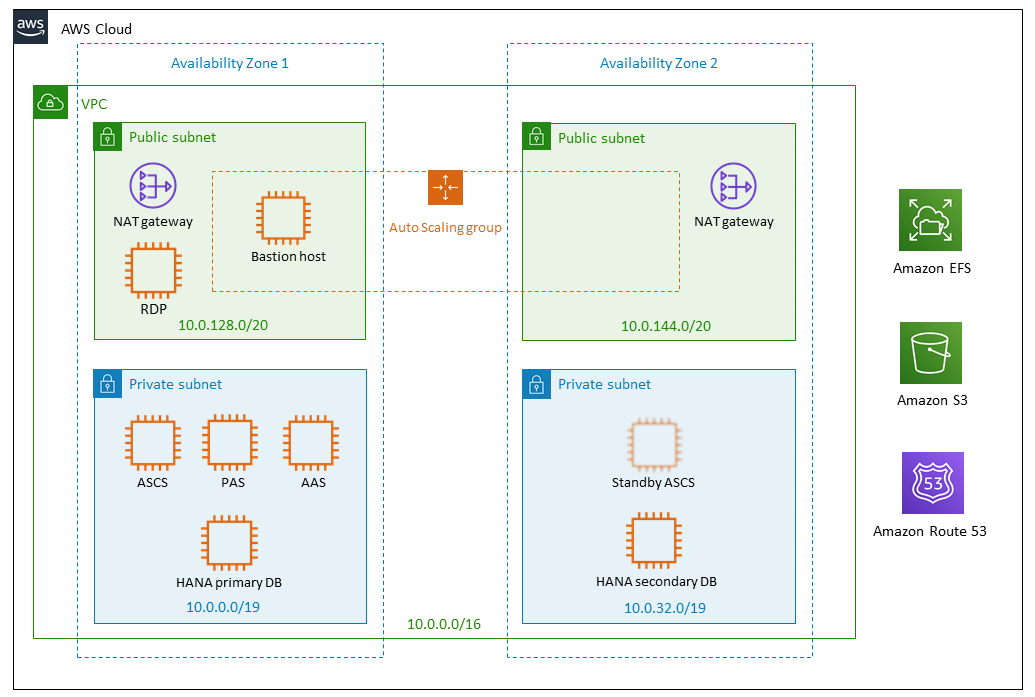 2. If we are familiar with AWS, we can use AWS’s Marketplace to deploy S/4HANA

Using AWS Marketplace we have Access to Partner AMIs. AMI (Amazon Machine Image) are server images with pre-installed SAP systems. We find the complete installation of both SAP S/4HANA software and the database. We just need to perform the post-installation tasks like license installation or STMS config. This definitely speeds up our S/4HANA deployments in AWS if we are familiar to the infrastructure. 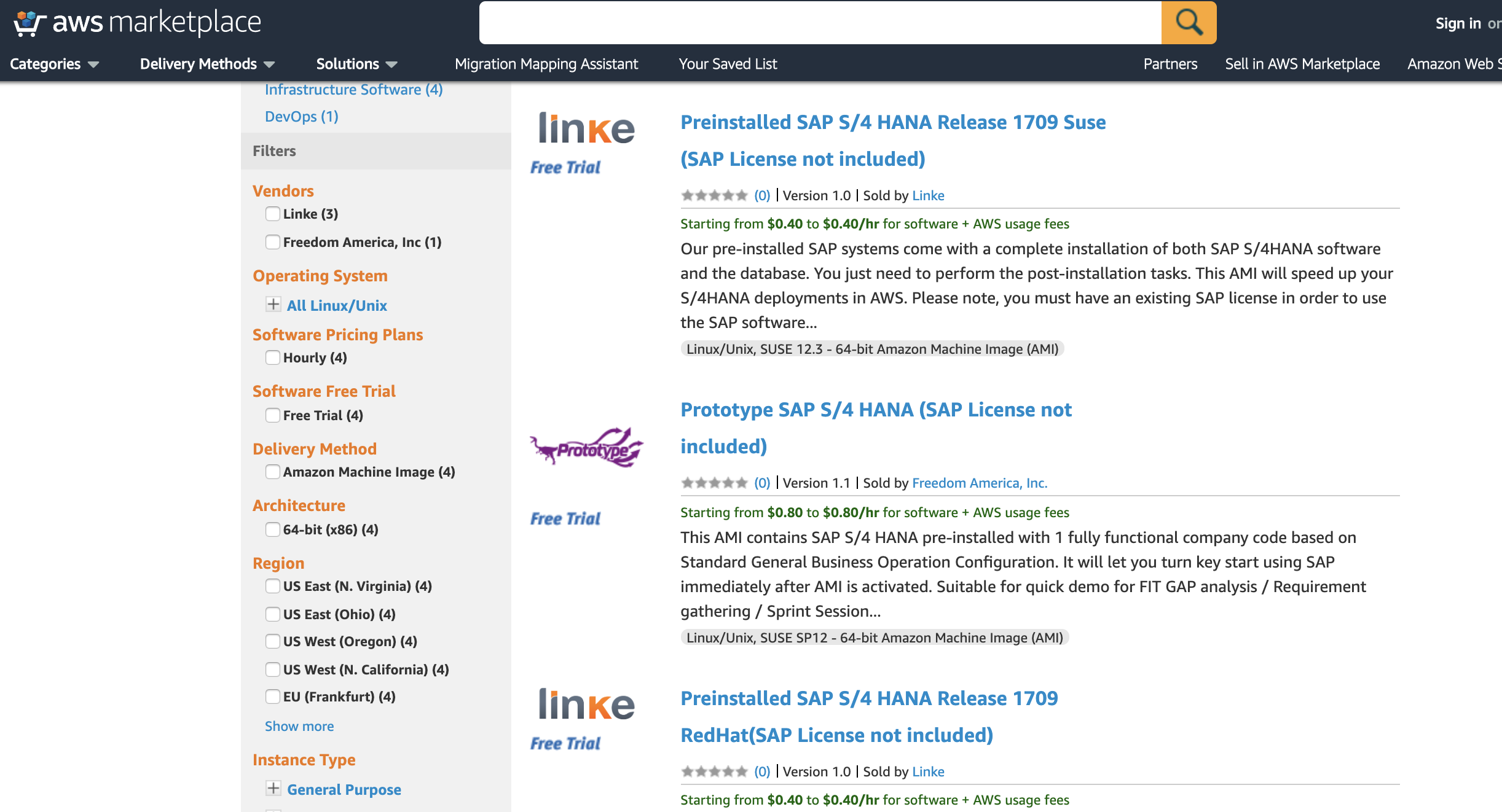 3.Deploy S/4HANA using SAP CAL (on AWS or other IaaS)

SAP Cloud Appliance Library completely automates the provisioning of the virtual machines and deployment of the corresponding system image.

More appropriately, we “instantiate” rather than “create” the system because using CAL we get a copy of the Model Company. The test license is free!, but we pay hosting fees for the cloud provider we choose. Because this trial system is our system, we can view and change all functions (including customizing).

We can define various sizes for the virtual systems (i.e., different memory and disk sizes) and thus easily scale the landscape. Furthermore, we can stop, start, and use our system as required. Actual costs involve hourly fees for activated systems only (in addition to the low basic costs for each instance). If needed, we can deactivate a system and then (re)activate it later on.

4. Use SAP Store, where a 30-day trial of SAP Model Company is available

Technically, SAP Model Company is a system image containing SAP S/4HANA and, possibly, other SAP solutions, such as the SAP Transportation Management application or SAP Manufacturing Integration and Intelligence (SAP MII) application, which are fully configured to execute a set of business scenarios. For each scenario, SAP Model Company includes a detailed description, process diagram, test or demo script, and configuration guide explaining how to set up the system. These are made available as SAP Solution Manager content (JSON-file) and need to be uploaded to our SAP Solution Manager. Together with the test data contained in SAP Model Company, we can instantly run the provided end-to-end scenarios without any additional effort.

SAP Model Company is not only essential for new installations but very helpful for conversions too.
SAP recommends us to use Model Company during the project’s preparation and exploration phase to:

Basically, the new and enhanced IDES

5. Use the New SAP MaxAttention

The New SAP MaxAttention includes services that help customers to migrate to S/4HANA. 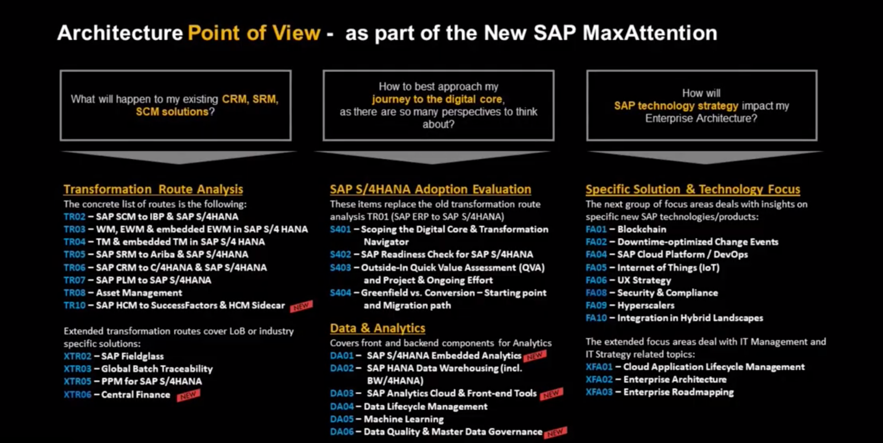 Among the many services that SAP DBS and MaxAttention offers, I want to focus on the ability for New SAP MaxAttention to help customers to define then best infrastructure when moving to HyperScalers, this was perfectly introduced to me during SAPPHIRE 2019 by DBS’s Former Member.

“To keep up with this reality, most businesses require support to ensure architecture changes account for best practices and lessons learned from industry and non-industry peers. The engagement model of the New SAP MaxAttention allows us to flexibly join our customer’s journey based on the customers desired pace, priorities, and degree of assistance. And with the addition of the SAP Transformation Hub, a new delivery concept specifically created for architecture planning, we help foster continuity through regional architect teams based on globally governed methodologies, tools, and content.”

Explore SAP DBS services for premium engagements. It’s a great idea to bring SAP to validate our journey to the cloud.